Skip Beat! is produced by Hai Film Maker. Focusing on romance, comedy from a Shoujo point of view.

This classic romance is full of quotes and lines that you can relate to in life, one way or another. So with that said….

Here are all the BEST quotes from Skip Beat! for (and non-) fans. 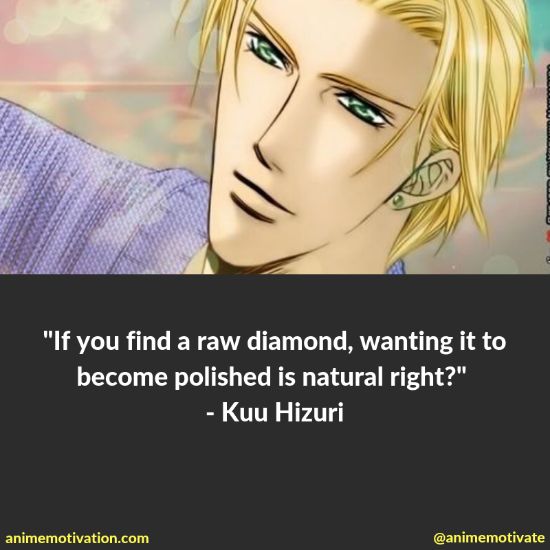 “If you find a raw diamond, wanting it to become polished is natural right?” – Kuu Hizuri 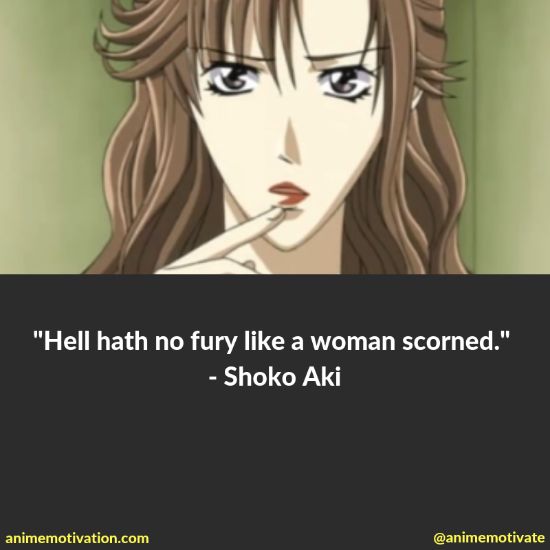 “Hell hath no fury like a woman scorned.” – Shoko Aki 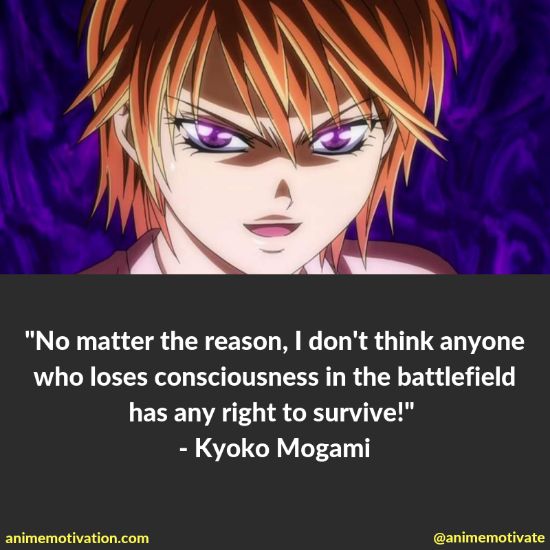 “No matter the reason, I don’t think anyone who loses consciousness in the battlefield has any right to survive!” – Kyoko Mogami 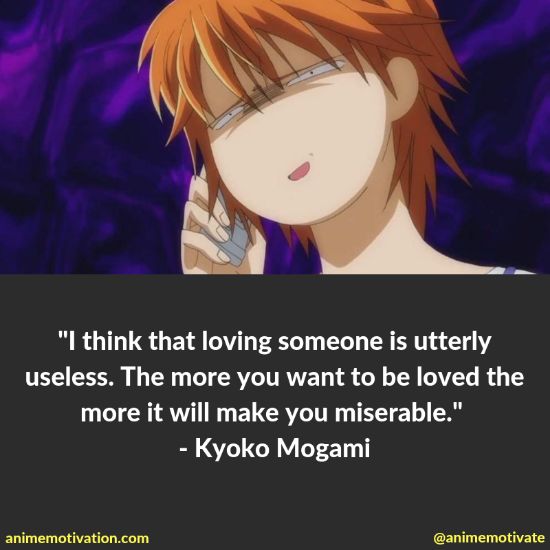 “I think that loving someone is utterly useless. The more you want to be loved the more it will make you miserable.” – Kyoko Mogami 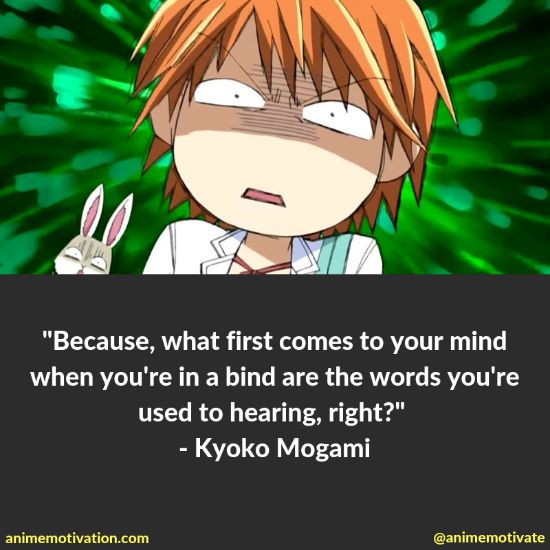 “Because, what first comes to your mind when you’re in a bind are the words you’re used to hearing, right?” – Kyoko Mogami 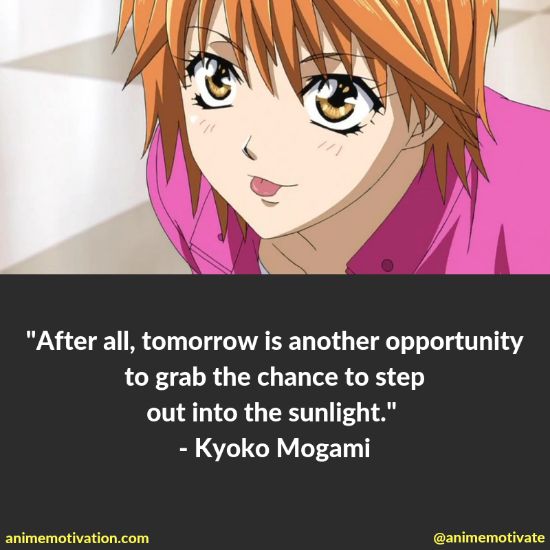 “After all, tomorrow is another opportunity to grab the chance to step out into the sunlight.” – Kyoko Mogami

“I would no longer fight against my feelings because I realized how useless and ineffective it was to fight them.” – Kyoko Mogami

“I realized it takes to be beautiful.” – Kyoko Mogami

“If a sorry could resolve everything, why would there be a need for hell in this world?” – Kyoko Mogami 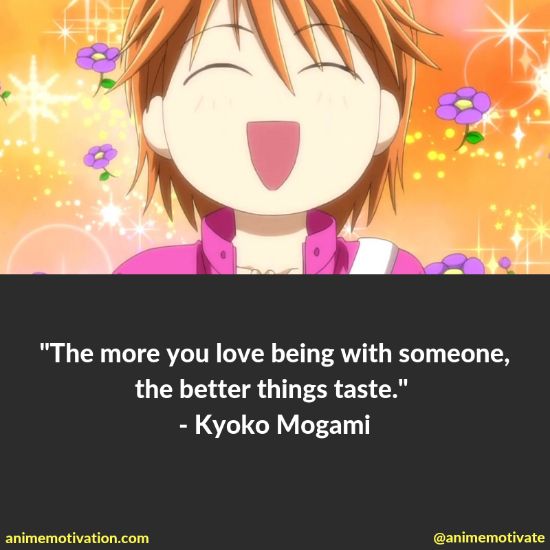 “The more you love being with someone, the better things taste.” – Kyoko Mogami

“An amateur girl like me must start with the basics.” – Kyoko Mogami 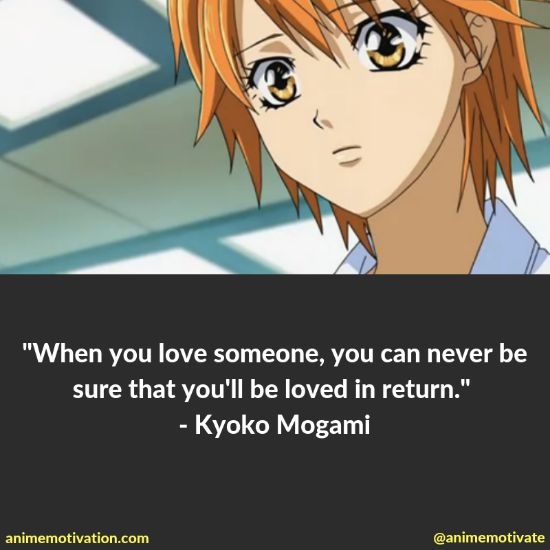 “When you love someone, you can never be sure that you’ll be loved in return.” – Kyoko Mogami

“Someone who’s never gotten below an 80 would never be called stupid.” – Kyoko Mogami

“I can’t remember all of my fans’ faces.” – Shoutarou Fuwa

“Because, everybody deals with kids by hiding their true thoughts and paying lip service, when in reality they think they’re bothersome.” – Maria Takarada

“Only talented people can shine in show business.” – Ruriko Matsunai

“If you’re too attached to a job you lost, you’ll never make it big.” – Ren Tsuruga 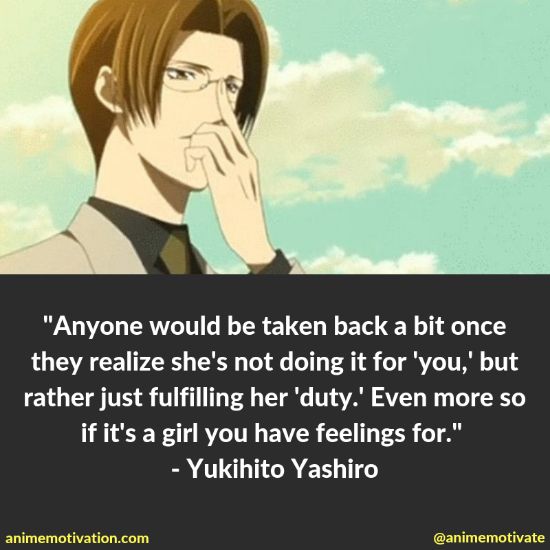 “Anyone would be taken back a bit once they realize she’s not doing it for ‘you,’ but rather just fulfilling her ‘duty.’ Even more so if it’s a girl you have feelings for.” – Yukihito Yashiro

“A truly gentle person wouldn’t pick fights nor would have fights picked with him.” – Yukihito Yashiro

“I want to become a full-time working actress. So, to accomplish that, I don’t mind using others as stepping stones.” – Kanae Kotonami

“In the world of showbiz, only those with talent and luck make it through.” – Ushio Kurosaki

“When you fall in love, you lose your composure as you become more serious.” – Lory Takarada

“You need to stop putting up this barrier between you and others, and don’t be so shallow. Otherwise, you won’t see the good in others.” – Lory Takarada

This Is Why Anime Characters Are So SKINNY