The science fiction genre is a theme that can cover different aspects and, simultaneously, makes it difficult to define.

We can associate futuristic or apocalyptic scenarios. The existence of alien life or androids and, in many cases, realities different from our current situation.

The chances are many, and the imagination ends up being the only tool necessary to create something that we always see as a far-off future and difficult to believe that it will be real.

Here’s some recommendations for the sci-fi genre! 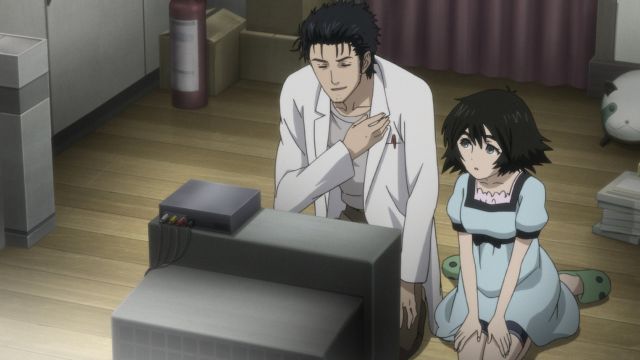 This series follows an eccentric scientist who thinks he has found a method of time travel. And how does he do it? The answer is: with a microwave and a mobile phone.

It seems like a somewhat comical premise. What we can find here is a dense narrative with enough ambiguity to leave us assuming where it may lead. 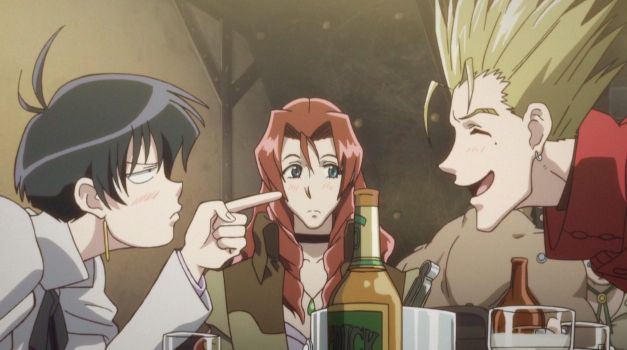 This is a mostly episodic

It’s a series worth watching and reviewing if only to follow the exploits of one of the greatest protagonists of ever, Vash The Stampede. 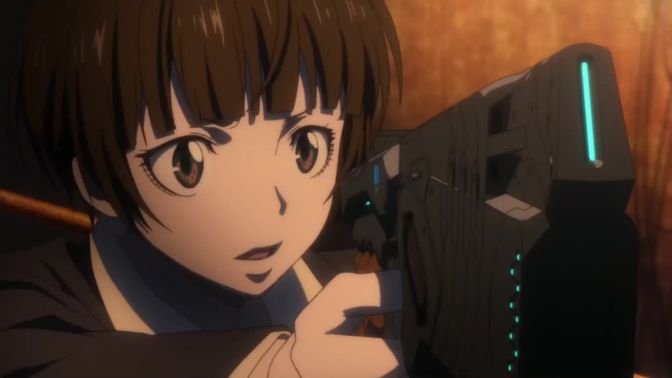 Psycho-Pass revolves around a futuristic Japanese society, where their actions control virtually all citizens through the Sybil System.

After exceeding a certain value, any citizen can be targeted for elimination by automatic weapons connected to the system.

Like with most things, there is always a way around the law, and people are always ready to take advantage of it. 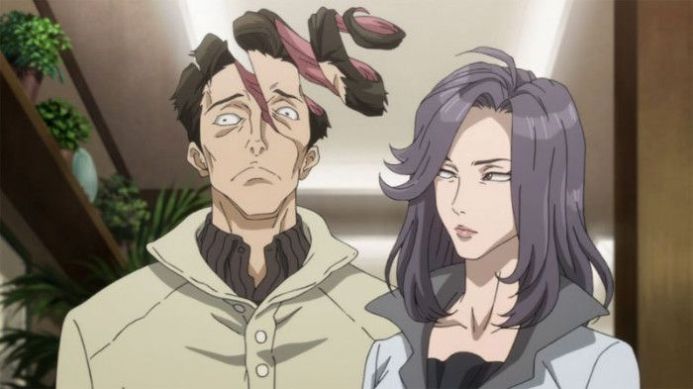 Parasyte – the maxim, this psychological sci-fi tells the story of aliens shaped like worms who come to Earth. They are then known as parasites.

They live by eating human bodies to serve as containers.

The story begins when one of these parasites tries to enter the brain of a high school boy named Izumi Shinichi to eat it while he is sleeping.

Unlucky for the parasite, when it just reached the nostril, Shinichi woke up and sneezed, so the attempt failed.

Shinichi immediately reacted and tried to kill the parasite. But the parasite instead entered Shinichi’s right hand and ate it as a container.

It’s one of the best sci-fi really fun and can be addictive. 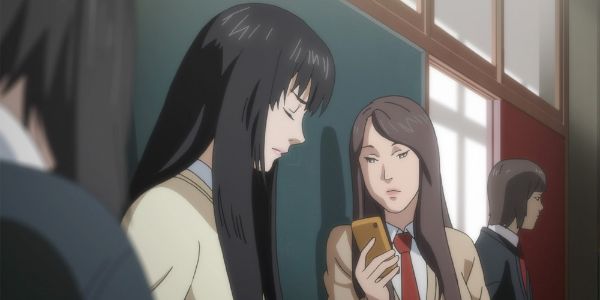 Inuyashiki is a kind older man, but his family does not love him. While walking his dog in the park, one night, he is hit by an explosion that transforms his body with supernatural abilities.

Upon discovering these same abilities, Inuyashiki decided to do good and save whoever he could. However, that same night, a teenager had the same fate as him.

Rather than doing good, this teenager takes advantage of his powers for personal benefit and doing evil on different levels.

The creator of Inuyashiki where mc is betrayed is the very same as Gantz, so expect some similarities and even references to the older series (Gantz). 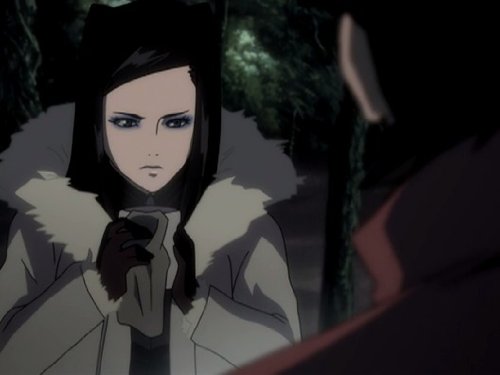 Ergo Proxy is a science fiction thriller that explores a future in which humans and androids usually coexist and are almost indistinguishable from each other.

As you’d expect, this will raise, throughout the series, several existential questions and what it means to become human.

With a story with many twists and turns– especially in the last few episodes, Ergo Proxy is a series that manages to keep the viewer hooked until the last moment.

Relevant: 25+ Of The Greatest Mystery Anime Series Worth Their Salt 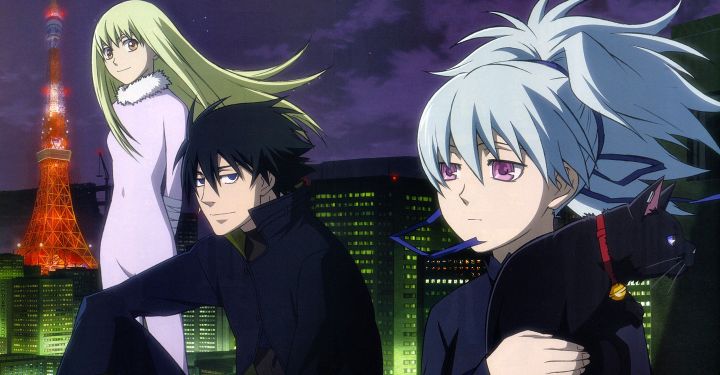 After the appearance of a Heaven’s Gate in South America and a Hell’s Gate in Japan, all religious bodies disappear, giving way to other stars.

Each of these corresponds to a Contractor, people with special powers that show up with the emergence of these gates. These individuals try to go unnoticed in civilization and are used by a Syndicate to perform various missions.

The first season’s story focuses on a Contractor named Hei and a detective named Misaki Kirihara, who aims to capture him.

Darker than Black is an full of action. 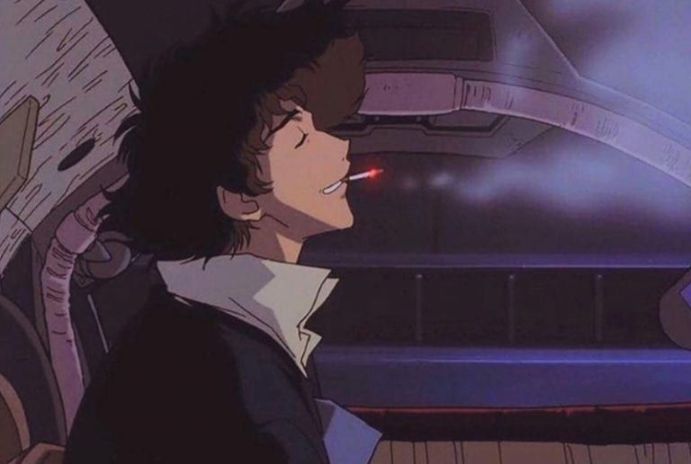 Arguably the best iconic series of the 90s, Cowboy Bebop has space exploration as a backdrop.

This is guided by a sublime soundtrack that oscillates between the various jazz genres.

The development of Cowboy Bebop’s characters will leave any viewer with a tear in the corner of their eye when the credits appear in the last episode. 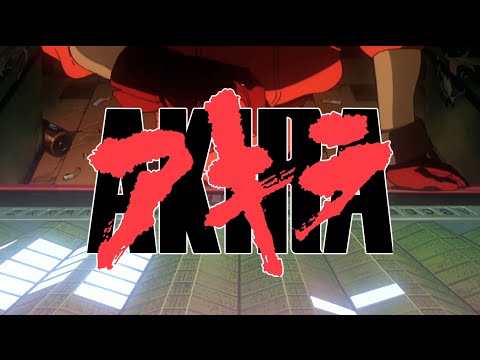 Akira is based on the created by Katsuhiro Otomo, which began in the 1980s. The story of the film happens in Neo-Tokyo, a city rebuilt after the third world war.

The narrative revolves around two childhood friends who end up coming across certain governmental events.

Your involvement is inevitable and, from here, it’s a whole intense journey in a futuristic world. 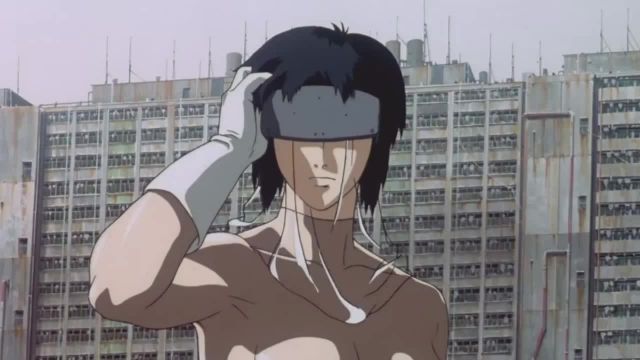 Ghost in the Shell takes place in a society where most humans have replaced many members of their body with cybernetic parts.

Section 9 is the Public Security entity that fights corruption, terrorism, and any virtual offensive that may arise.

There are several movies and series with this famous name, and we advise you to watch mainly the first movie, the Stand Alone Complex and Arise series. 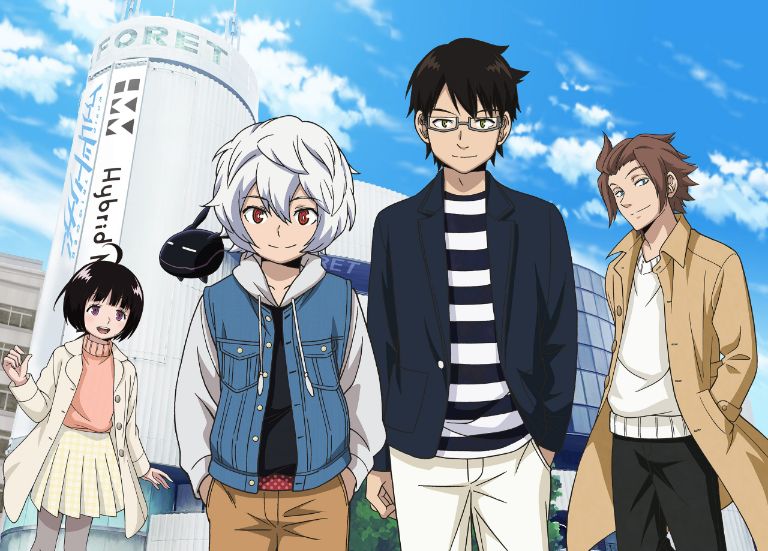 Everyone was scared because Earth’s weapons couldn’t defeat the monster. But then came Border, an organization researching “Neighbors” technology to protect the gates.

In a short time, they built a headquarters to protect the city from “Neighbors” attacks. 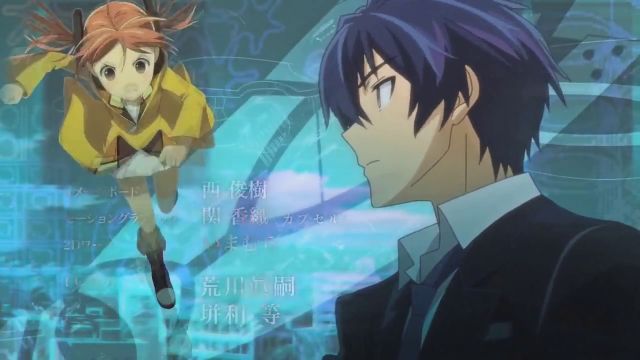 Black Bullet is the best sci-fi action lovers set in 2021, where humanity is defeated by a parasitic virus called Gastrea.

Humanity is forced to live in walls created of metal Varanium Monoliths which can weaken Gastrea, a type of monster.

Shortly after, it was discovered that “Cursed Children” was born with superhuman abilities that could control the Gastrea virus.

A very special force is sent to exterminate Gastrea, being made up of these children. 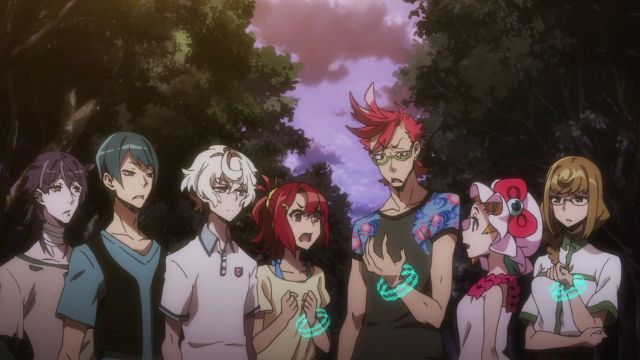 The next best sci-fi is Kiznaiver. Set in the fictional city of Sugomori, Japan.

One day, Sonozaki told Katsuhira: “You were chosen to be a Kiznaiver”. The Kizuna system allows Katsuhira to share his wounds and communicate with classmates whose life is different from hers.

The Kizuna System is a system implemented for world peace by connecting through wounds.

Everyone who joins this system is called a Kiznaiver. When one Kiznaiver is injured, the system will disconnect and send damage to the other Kiznaiver. 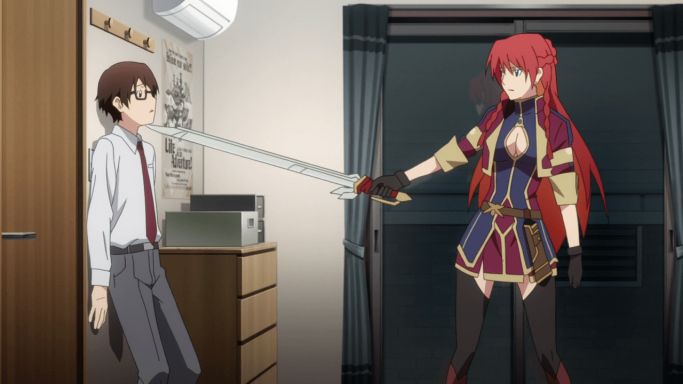 Re:Creators, a world where everyone is a Creator. In this world, many stories are created from human hands.

Happiness, sadness, anger and other deep emotions. These stories can be interesting and move one’s feelings. However, this is limited only by the level of perception by the viewer or listener of the story.

What if the characters or characters in the story have their own will? Will those who create stories think of themselves as Gods?

Questions like these are answered in the ‘s story. 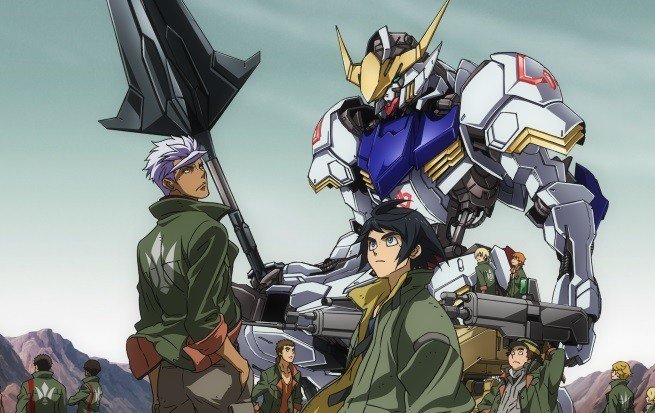 This legendary takes place in the year 0079 of the Universal Century. Humans have moved into space and live in clusters of colonies known as “Side”.

One of the “Side” who claims to be the “Kingdom of Zeon”, declares war on the Earth Federation. 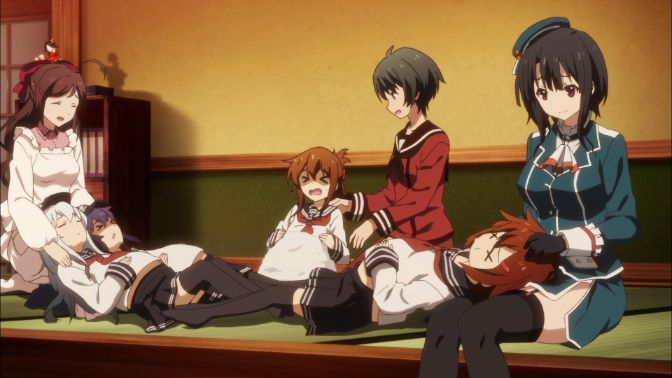 A mysterious fleet known as the “Abyssals” emerges from the depths of the ocean and attacks randomly.

The only chance to fight this threat is Kanmusu, a group of girls who have a fighting spirit in the war between ships.

This is more of a relaxed sci-fi as it’s slice of life and is adapted from a video game. 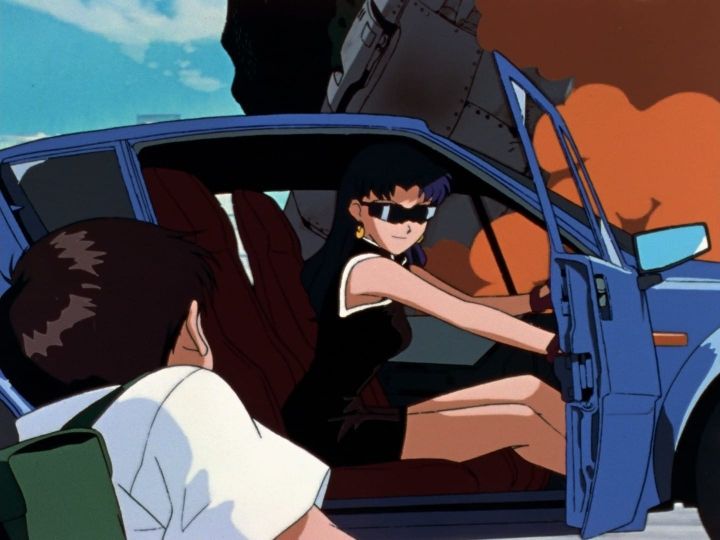 Existential issues, philosophical metaphors and streaks. This is the recipe for this animation that has been an icon since the mid-90s until today.

The story shows humans having a hard time against a natural disaster. That disaster is “The Angels”.

Related: These 25 Anime Shows Have CHANGED The Industry In One Way Or Another 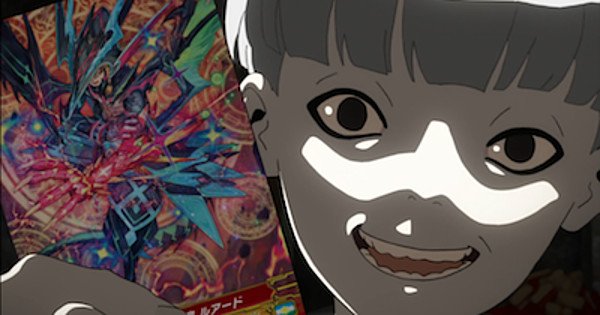 Occultic; Nine is a sci-fi mystery that tells the story of “Paranormal Science,” which centers on nine strange people who are connected to each other through an occult blog.

The small oddities that happened around these nine people eventually led to something bigger, unimaginable events that changed the common sense thinking (society) of this world. 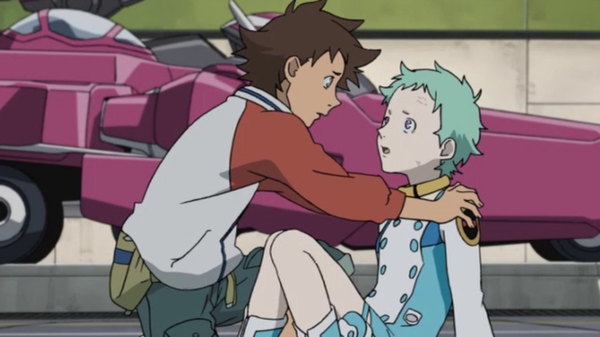 This sci-fi adventure/mecha tells the story of Renton Thurston, a 14 year old boy who lives in a remote town with his grandfather.

His grandfather is a mechanic.

Renton wants to leave the house and join a group of mercenaries called Gekkostate. He wishes to find an exciting adventure where he can escape his grandfather’s insistence on wanting him to be a mechanic.

One day, a girl named Eureka came to the garage to conduct a “Light Search Operation (LFO)” such as NirvashZERO.

Their meeting marked the beginning of Renton’s participation in the Gekkostate, as he becomes the co-pilot of Nirvash with Eureka.

Nirvash is a type of ship.

20. Children of the Whales 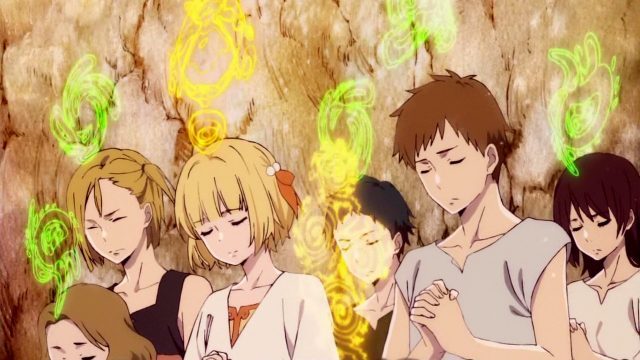 Children of the Whales tells the story of Chakuro, a boy who lives or works on the giant ship “The Whale”.

It’s literally Mud that floats over the sea of sand.

Chakuro and his friends never saw anyone else from the outside world. They spend their days exploring and knowing many things.

One day, an island appeared floating in a sea of sand. On the island, Chakura meets a girl who will change his destiny.

15+ Of The Best Martial Arts Anime Series That Deserve Appreciation

Fan of sci-fi anime. I hope you find my recommendations helpful.