Saiyuki, also known as Gensou Maden Saiyuki is a year 2000 series produced by Studio Perriot. The same studio behind and Tokyo Ghoul.

If you’re a fan of Saiyuki’s adventure elements, Drama, and the meaningful quotes from relevant characters, this is for you.

Here are the best lines. 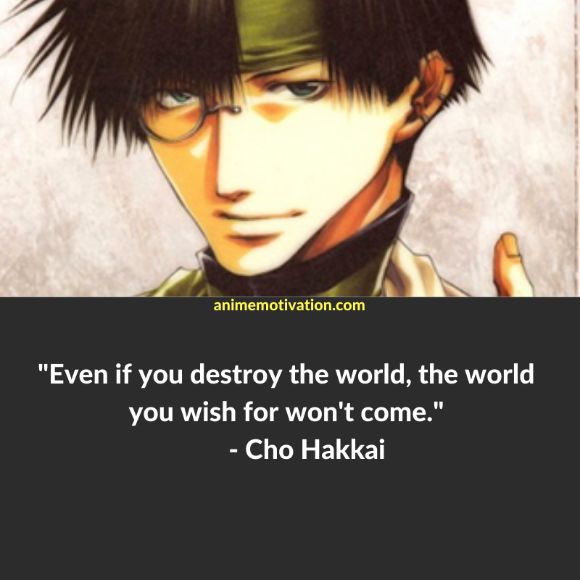 “Even if you destroy the world, the world you wish for won’t come.” – Cho Hakkai 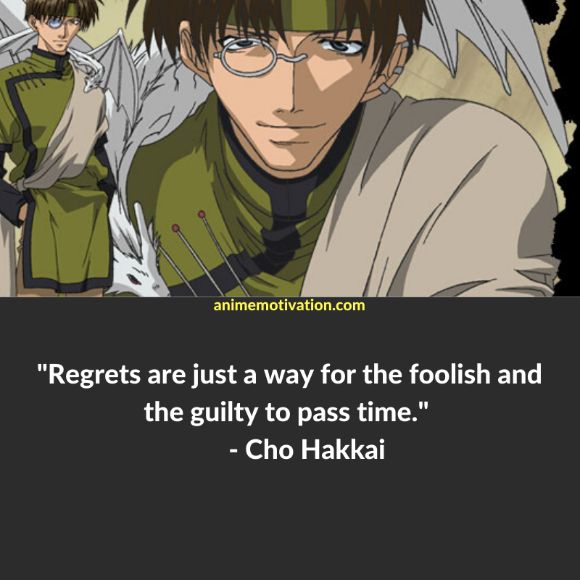 “Regrets are just a way for the foolish and the guilty to pass time.” – Cho Hakkai 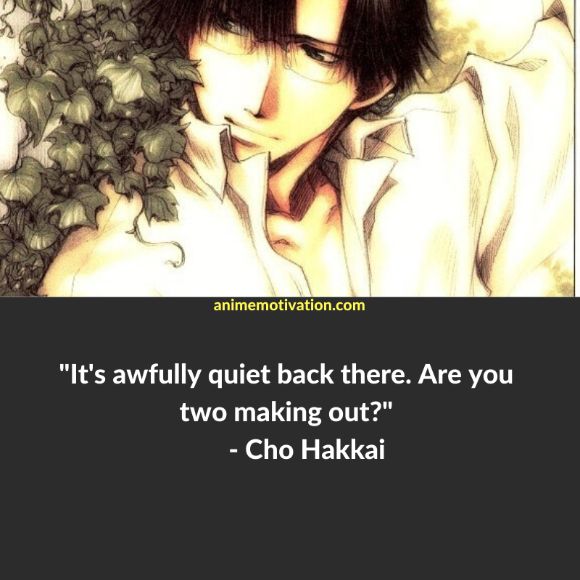 “It’s awfully quiet back there. Are you two making out?” – Cho Hakkai 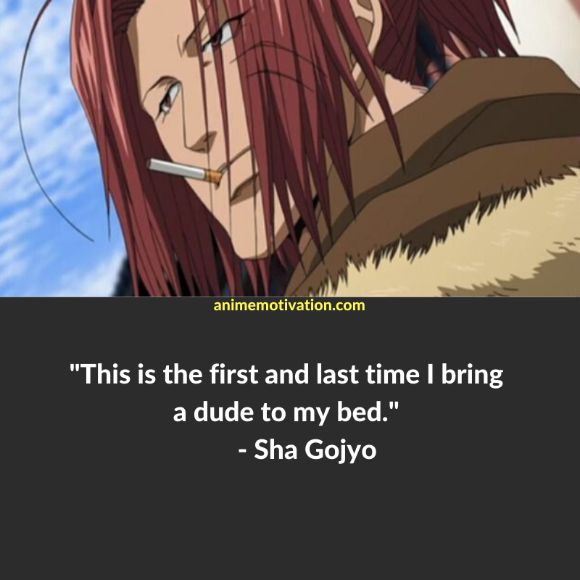 “This is the first and last time I bring a dude to my bed.” – Sha Gojyo 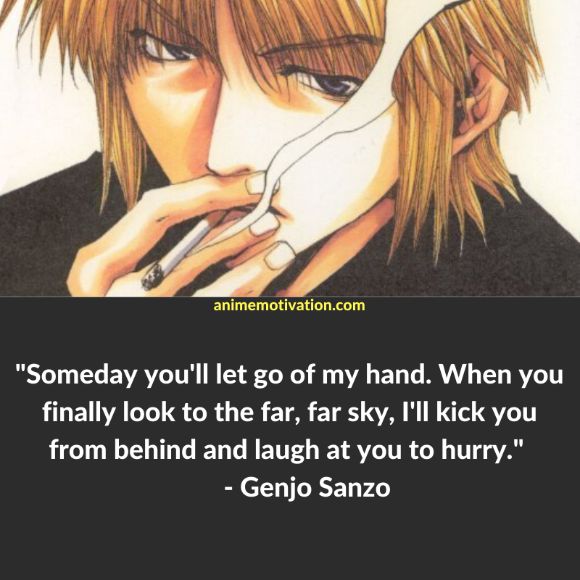 “Someday you’ll let go of my hand. When you finally look to the far, far sky, I’ll kick you from behind and laugh at you to hurry.” – Genjo Sanzo 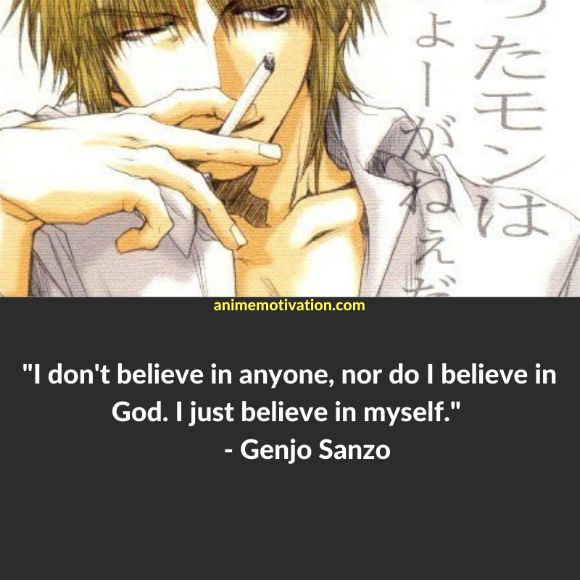 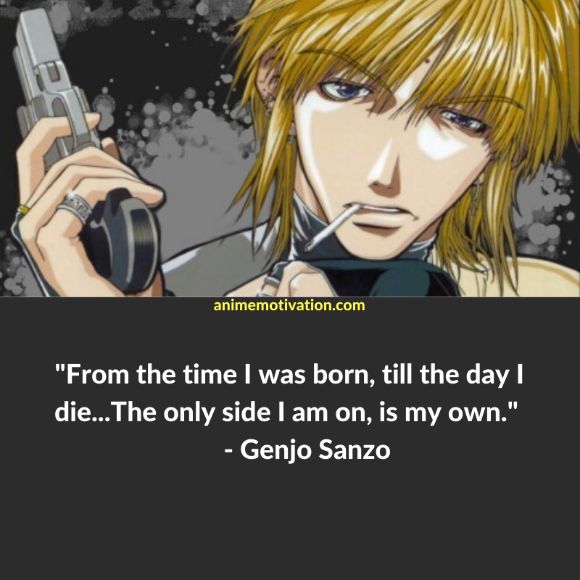 “From the time I was born, till the day I die…The only side I am on, is my own.” – Genjo Sanzo 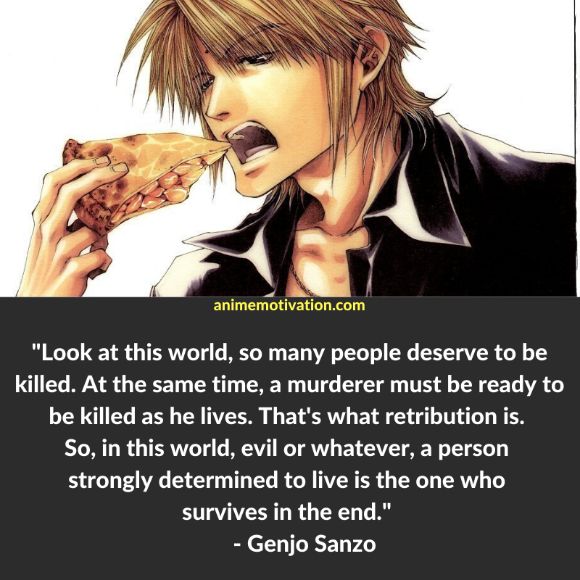 “Look at this world, so many people deserve to be killed. At the same time, a murderer must be ready to be killed as he lives. That’s what retribution is. So, in this world, evil or whatever, a person strongly determined to live is the one who survives in the end.” – Genjo Sanzo 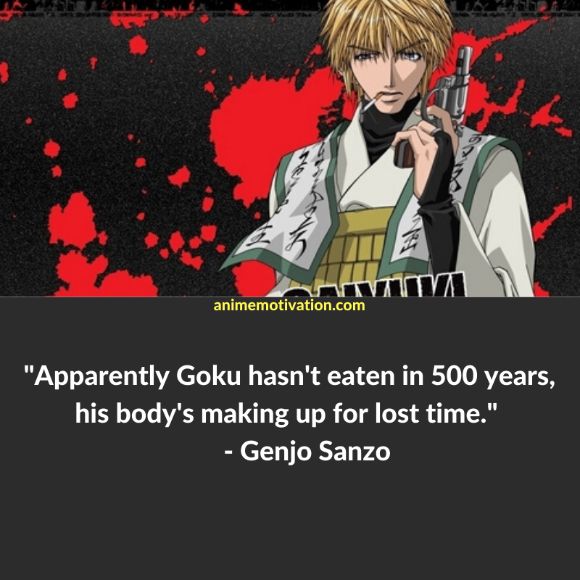 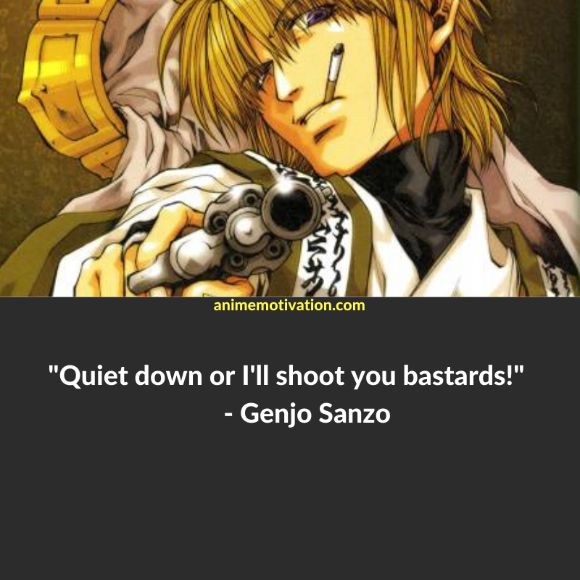 “Quiet down or I’ll shoot you b*stards!” – Genjo Sanzo 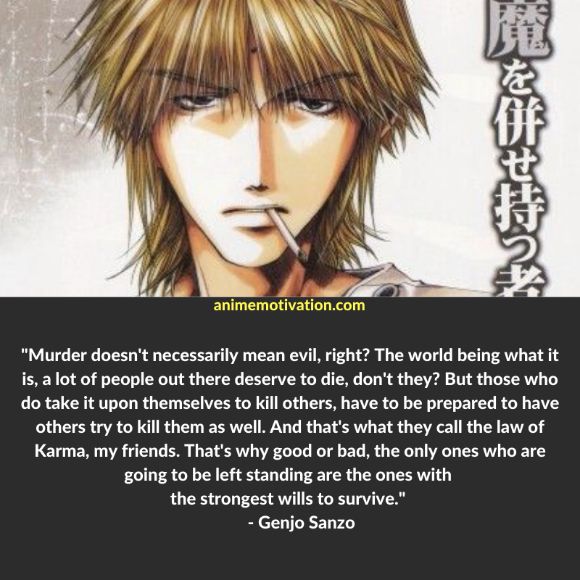 “Murder doesn’t necessarily mean evil, right? The world being what it is, a lot of people out there deserve to die, don’t they? But those who do take it upon themselves to kill others, have to be prepared to have others try to kill them as well. And that’s what they call the law of Karma, my friends. That’s why good or bad, the only ones who are going to be left standing are the ones with the strongest wills to survive.” – Genjo Sanzo 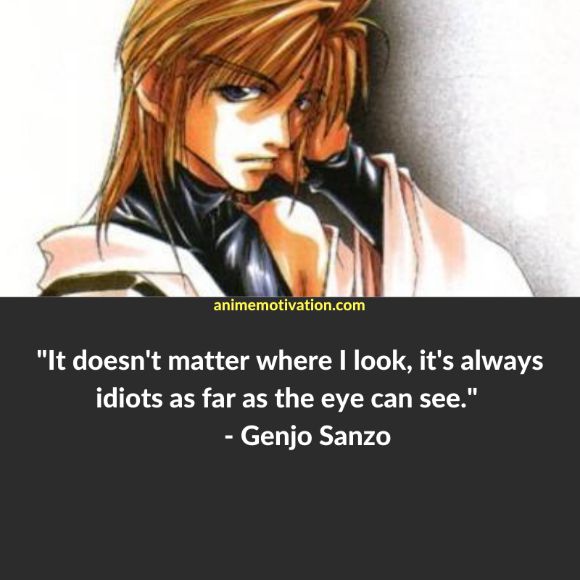 “It doesn’t matter where I look, it’s always idiots as far as the eye can see.” – Genjo Sanzo 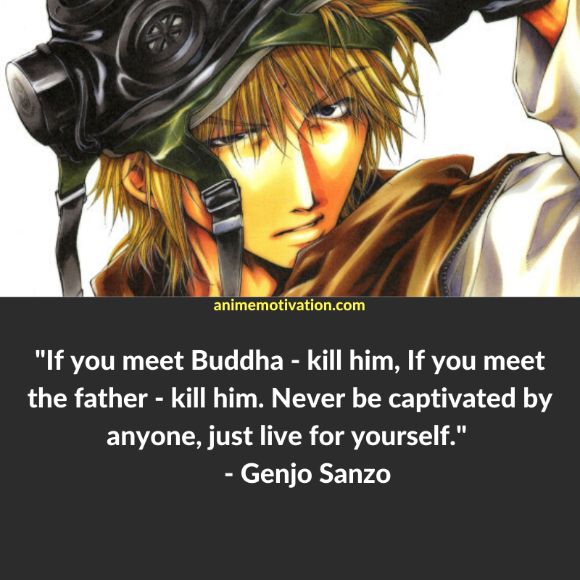 “If you meet Buddha – kill him, If you meet the father – kill him. Never be captivated by anyone, just live for yourself.” – Genjo Sanzo 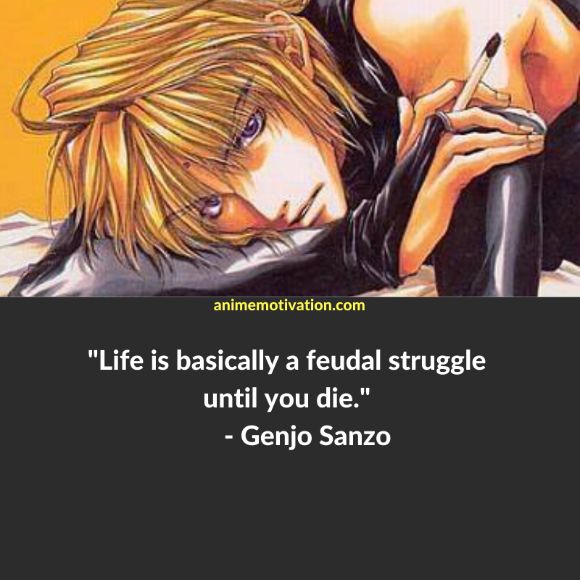 “Life is basically a feudal struggle until you die.” – Genjo Sanzo 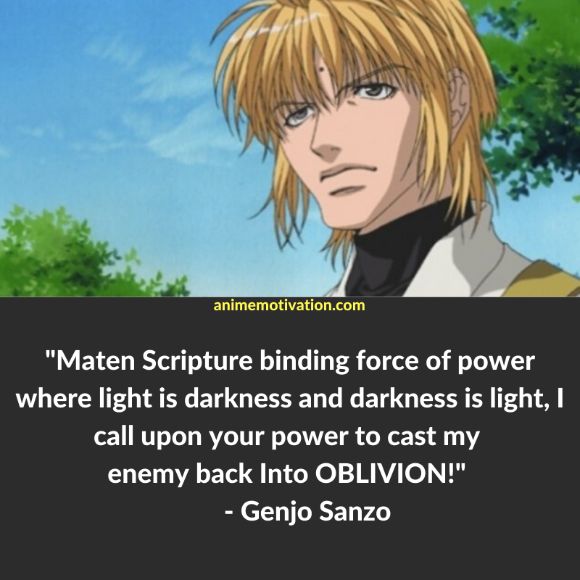 “Maten Scripture binding force of power where light is darkness and darkness is light I call upon your power to cast my enemy back Into OBLIVION!” – Genjo Sanzo 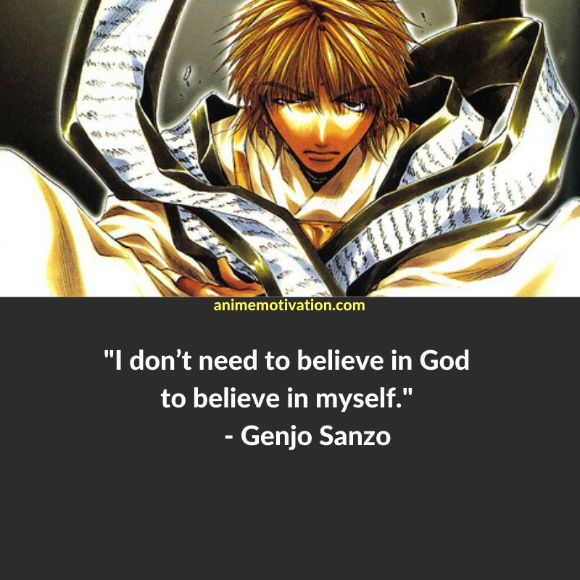 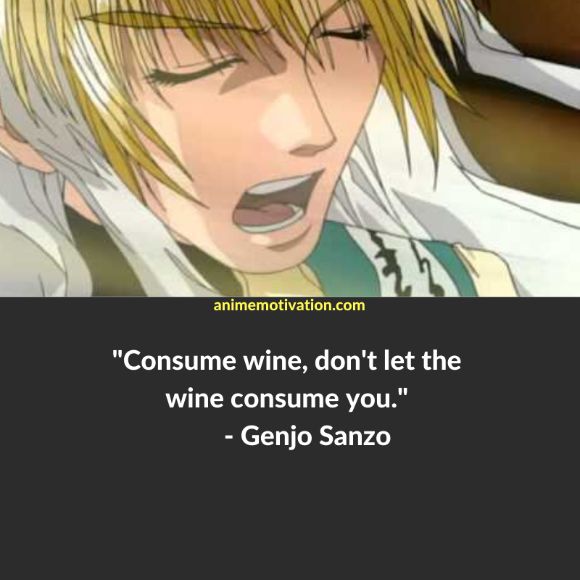 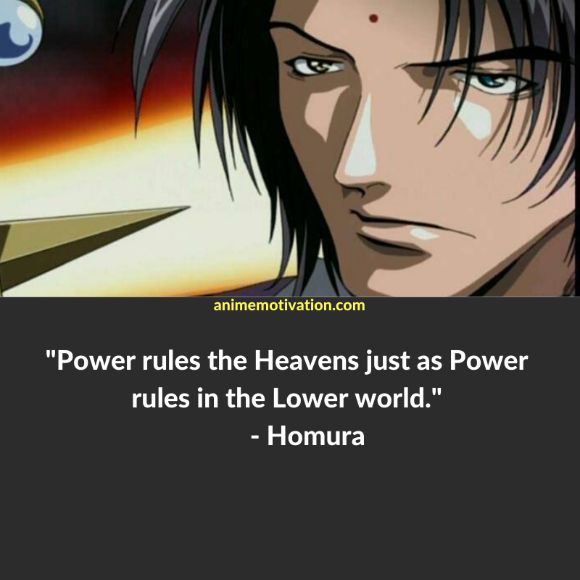 “Power rules the Heavens just as Power rules in the Lower world.” – Homura

27+ Of The Greatest Lovely Complex Quotes About Life

64+ Of The Greatest Vampire Knight Quotes About Romance