Rokka no Yuusha is a fantasy series adapted from a , and made by Passione (studio).

If you’re a fan wanting the best quotes from this series, there’s no better place to be.

Here’s a collection of quotes taken from the . 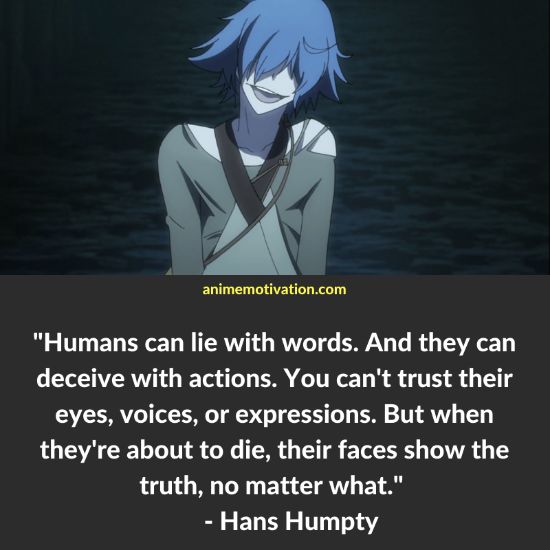 “Humans can lie with words. And they can deceive with actions. You can’t trust their eyes, voices, or expressions. But when they’re about to die, their faces show the truth, no matter what.” – Hans Humpty 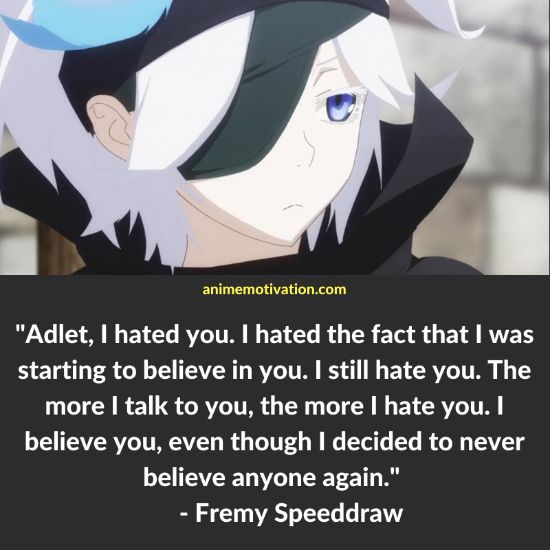 “Adlet, I hated you. I hated the fact that I was starting to believe in you. I still hate you. The more I talk to you, the more I hate you. I believe you, even though I decided to never believe anyone again.” – Fremy Speeddraw 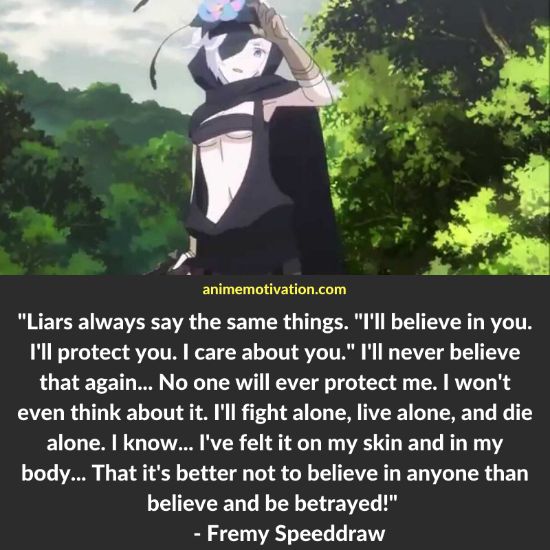 “Liars always say the same things. “I’ll believe in you. I’ll protect you. I care about you.” I’ll never believe that again… No one will ever protect me. I won’t even think about it. I’ll fight alone, live alone, and die alone. I know… I’ve felt it on my skin and in my body… That it’s better not to believe in anyone than believe and be betrayed!” – Fremy Speeddraw 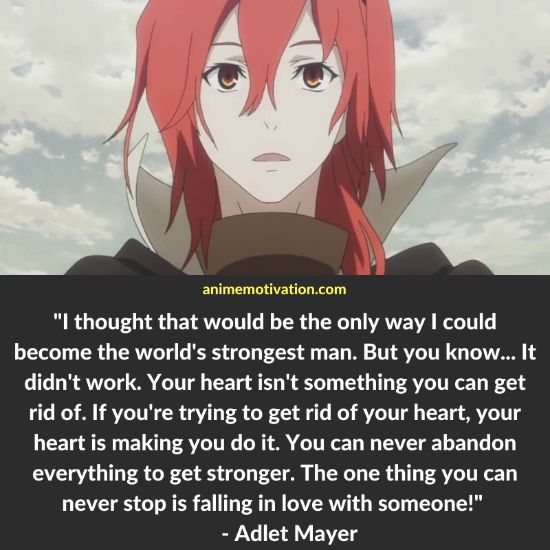 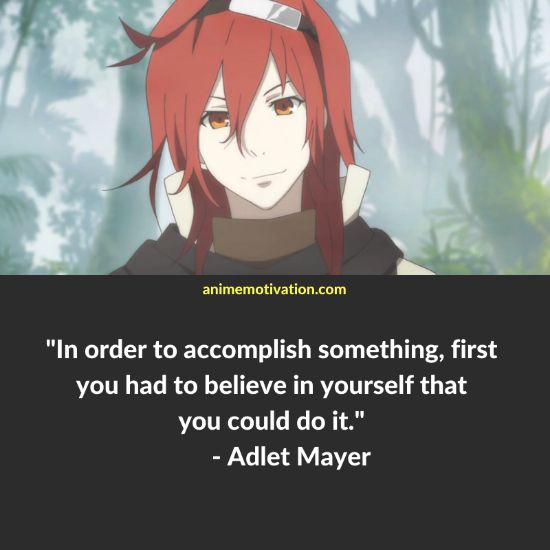 “In order to accomplish something, first you had to believe in yourself that you could do it.” – Adlet Mayer 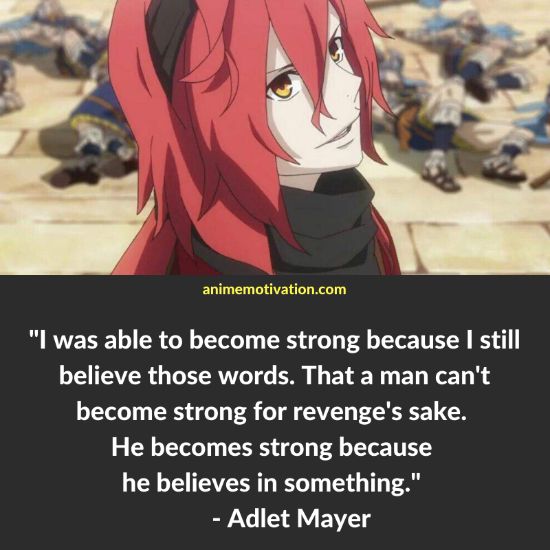 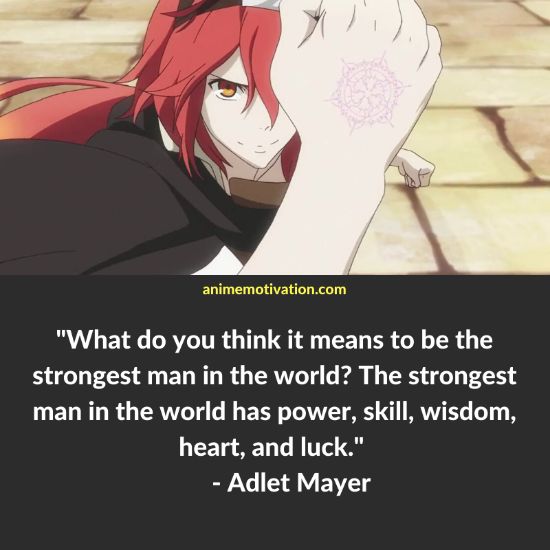 31+ Noragami Quotes That Will Leave A Good Impression On You

26+ Classic Quotes From Legend Of The Galactic Heroes