If you watch a typical Shounen anime like , , , or something else – you’ll find plenty of loyal characters.

Vegeta from is a great example of this type of character who never breaks their vows or lowers their standards.

But even with that said, if we’re talking about one single character who’s the most loyal out of everyone, there’s only one character who comes to my mind.

And that’s Subaru Natsuki from Re:Zero – Starting Life In Another World!

Subaru Natsuki is the main protagonist in Re:Zero. He’s not the strongest by any stretch of the imagination. But he has standards.

When it all comes down to it, few characters are as loyal as Subaru Natsuki. Especially given the circumstances he’s thrown into.

After sudden death, he ends up in another world where he eventually realizes he has the power to “return by death”. Meaning he’s able to come back to life and keep all his memories.

The idea of death itself is enough to scare anyone.

How many people are willing to die trying? Or die for someone else? Or die for what they believe in?

How many people are willing to die multiple times over, and go through the excruciating pain that comes with death, whether it’s a fast death or a slow death?

Most people (and characters) will sh*t their pants at the thought of that. As understandable as it is.

Subaru, despite facing death a depressing amount of times without losing his mind, still manages to put others needs before his own. And stays loyal to everyone regardless.

Even when he’s backed into a corner and it seems like there’s no way out, he still stays true to his word. 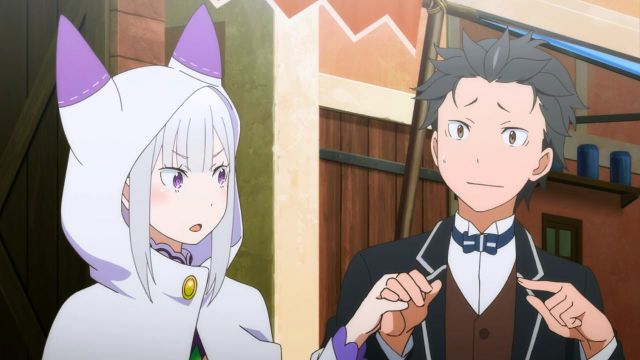 And to top it all off – Subaru Natsuki see’s everyone equally. That’s why he’s able to stay loyal without letting his own wants or needs corrupt his morals.

Even after being so loyal to everyone in the mansion arc of Re:Zero, and never doing anyone wrong (including the so-called “sweet” Rem), Subaru stays loyal to the end…. right before Rem kills Subaru in cold blood.

All in the name of irrationality and her self righteous motivations.

The only reason Rem gets “chummy” with Subaru for the last half of the series, is because of how stupidly loyal Subaru is as a character.

It’s all part of the plot you could say.

He does everything within his power to please Rem, on top of other things I won’t get into.

In the beginning of the – the first girl Subaru meets is Emilia. And this is another aspect of Re:Zero that shows off his undying loyalty.

Later into the it gets to a point where (SPOILER) Emilia turns her back on Subaru. 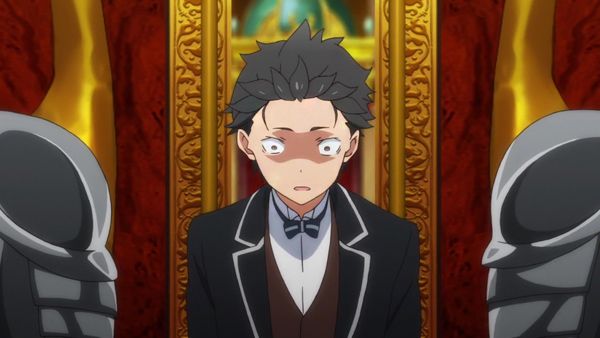 But even in spite of that, what does Subaru Natsuki do later on, despite feeling like absolute sh*t and being at his lowest point in the series?

I’ll tell you: He does whatever it takes to protect EMILIA after learning she’s in danger, knowing they’re not on the best terms at the time.

This is in spite of the fact that Emilia and Subaru aren’t talking with each other. And in spite of how rocky their relationship has gotten by this point.

Most people in this situation let their pride stand in the way of what matters… But not Subaru Natsuki. Because loyalty is more important than ego.

Swallowing his pride isn’t that much of a big deal for him. 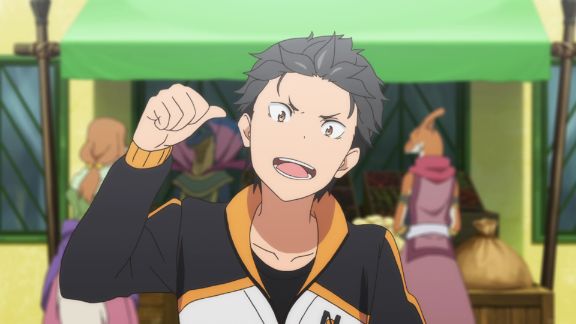 And this loyalty extends to another part of Re:Zero in the first season, where Subaru and Rem are on a mission to save the children from the village.

At one point things get ugly, and Subaru mistakenly thinks Rem’s in trouble (she’s a demon, so he didn’t need to risk his life at the time). But he does anyway.

Subaru’s too loyal and down to “ride or die” no matter how dangerous the circumstances are. And that’s proven after he fights for Rem’s life in the forest. 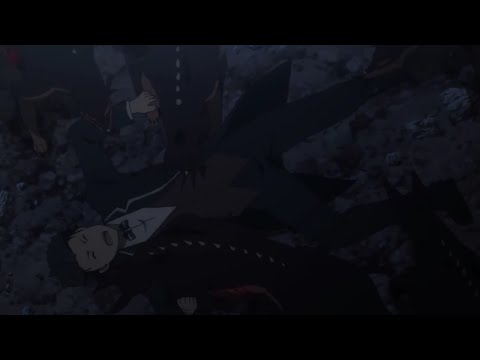 Subaru has proven time and time again how loyal he is… Even if at times he can be a little selfish and petty (this happens in season 2 mostly).

Even when he’s terrified, loyalty is never secondary. And that’s because loyalty is a way of life. It’s who you are, not who you choose to be when it’s convenient.

Subaru’s loyalty is genuine, and it’s not driven by an insecurity (unlike Yuno Gasai or a similar character).

And for those reasons – I’d say Subaru Natsuki is the most loyal character I’ve ever come across. Even though I’ve watched 100’s of shows.

What other character do you think deserves a mention for their loyalty?

11 Videos From Some Of The Best Anime YouTubers