Kagerou Project is a sci-fi/superpower produced by SHAFT. The same studio as .

The also goes by the name of Mekakucity Actors.

Here are the best lines from the series worth sharing for fans.

“When people immerse themselves in their own world and other people around them start doing something, they can’t help but feel very lonely.” – Enomoto Takane

“Meals are always better with lots of people at the table.”  Kido Tsubomi

“Even when you want to say something, there are times when you’ll lose the chance to.” – Tateyama Ayano 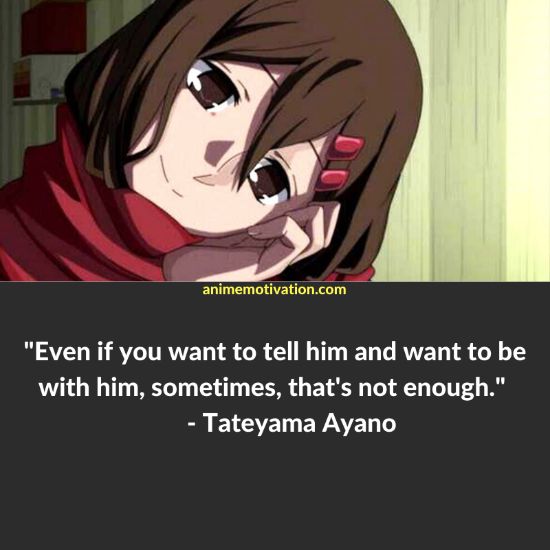 “Even if you want to tell him and want to be with him, sometimes, that’s not enough.” – Tateyama Ayano 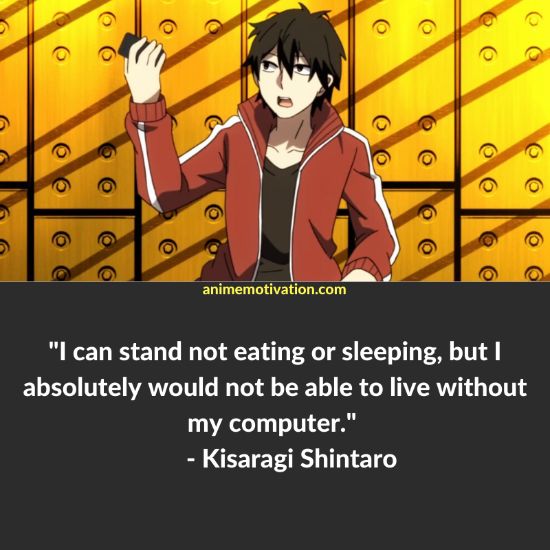 “I can stand not eating or sleeping, but I absolutely would not be able to live without my computer.” – Kisaragi Shintaro 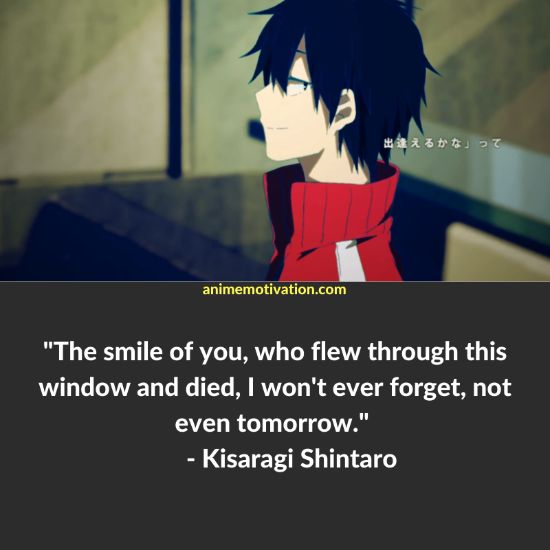 “The smile of you, who flew through this window and died, I won’t ever forget, not even tomorrow.” – Kisaragi Shintaro

The 30+ Greatest Zetsuen No Tempest Quotes Of All Time