Made In Abyss quotes from the following characters:

Made In Abyss is a mysterious series with “cute” elements like Madoka Magica. And that’s what makes the hit so hard when it comes to quotes and the feels that come with it.

If you need quotes to remember the by, or you’re interested in watching the series, here are some quotes to take from. 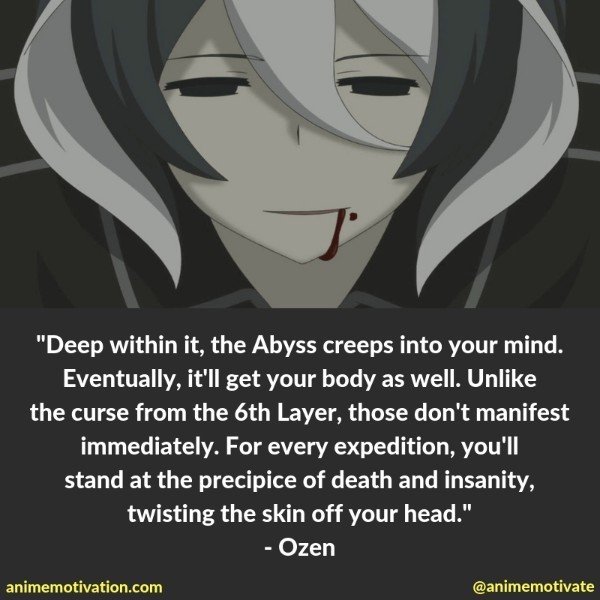 “Deep within it, the Abyss creeps into your mind. Eventually, it’ll get your body as well. Unlike the curse from the 6th Layer, those don’t manifest immediately. For every expedition, you’ll stand at the precipice of death and insanity, twisting the skin off your head.” – Ozen 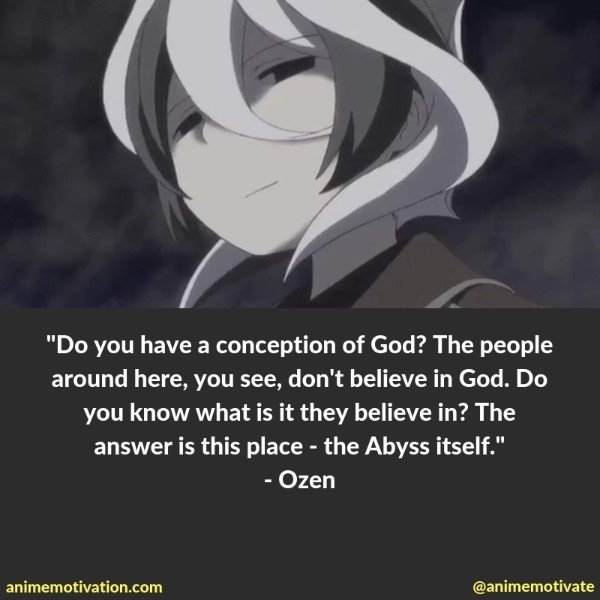 “Do you have a conception of God? The people around here, you see, don’t believe in God. Do you know what is it they believe in? The answer is this place – the Abyss itself.” – Ozen 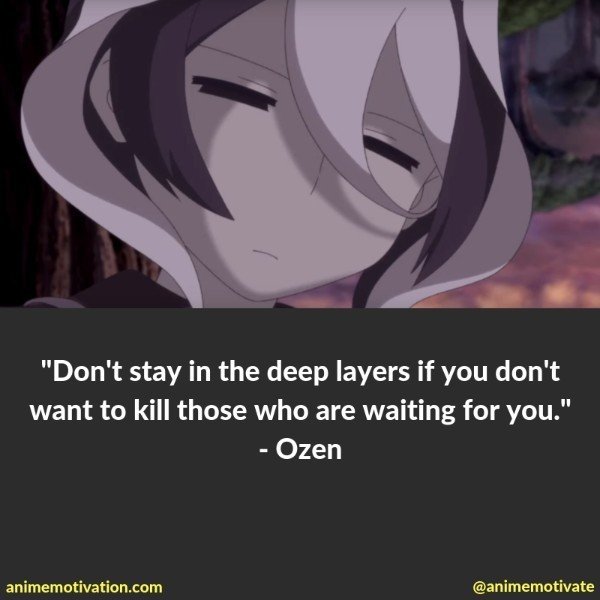 “Don’t stay in the deep layers if you don’t want to kill those who are waiting for you.” – Ozen 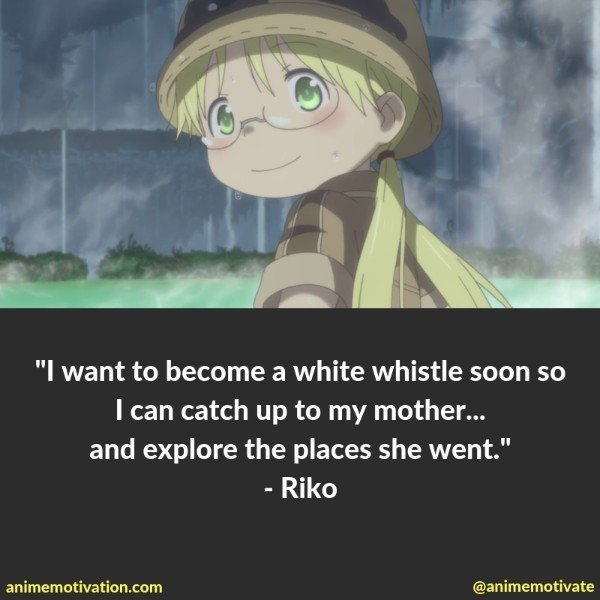 “I want to become a white whistle soon so I can catch up to my mother…and explore the places she went.” – Riko 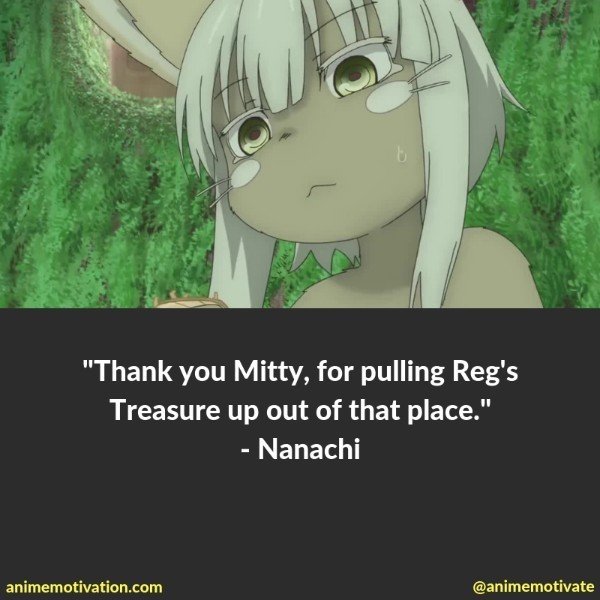 “Thank you Mitty, for pulling Reg’s Treasure up out of that place.” – Nanachi 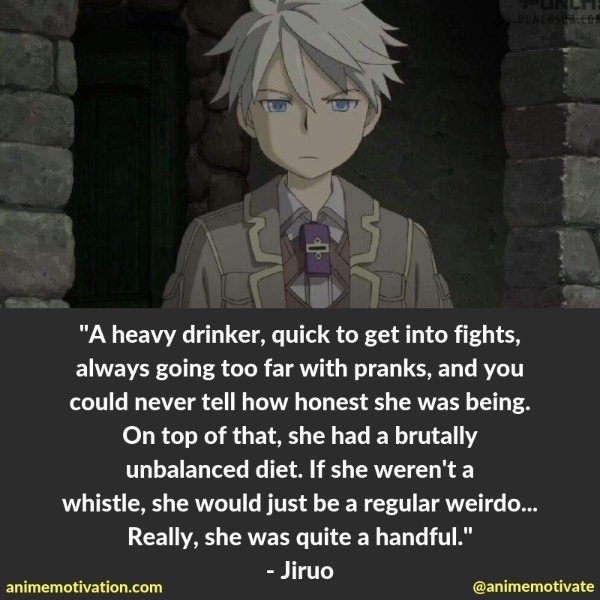 “A heavy drinker, quick to get into fights, always going too far with pranks, and you could never tell how honest she was being. On top of that, she had a brutally unbalanced diet. If she weren’t a whistle, she would just be a regular weirdo…Really, she was quite a handful.” – Jiruo 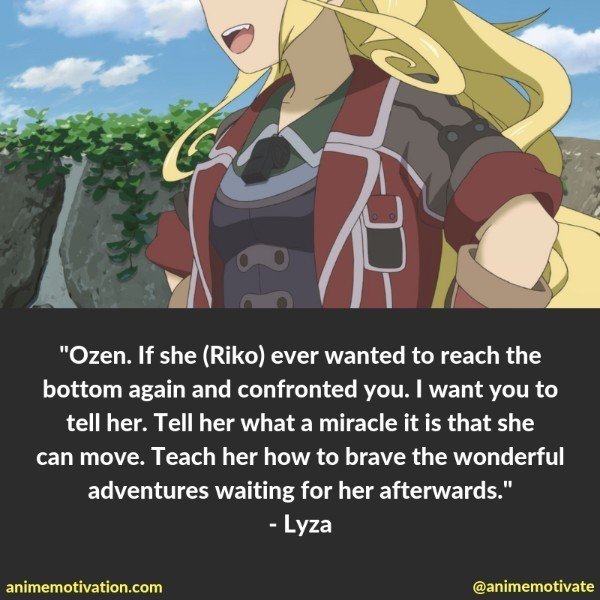 “Ozen. If she (Riko) ever wanted to reach the bottom again and confronted you. I want you to tell her. Tell her what a miracle it is that she can move. Teach her how to brave the wonderful adventures waiting for her afterwards.” – Lyza 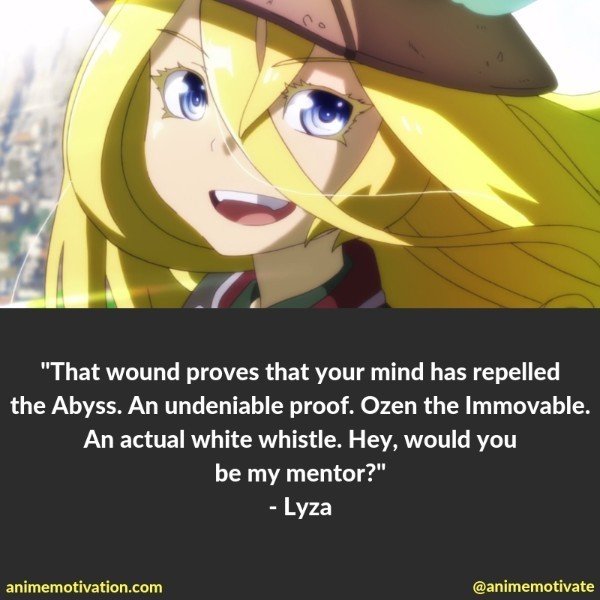 “That wound proves that your mind has repelled the Abyss. An undeniable proof. Ozen the Immovable. An actual white whistle. Hey, would you be my mentor?” – Lyza 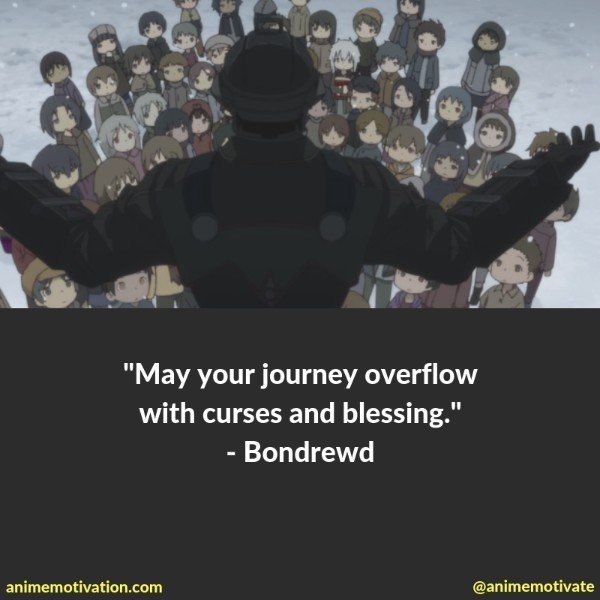 “May your journey overflow with curses and blessing.” – Bondrewd 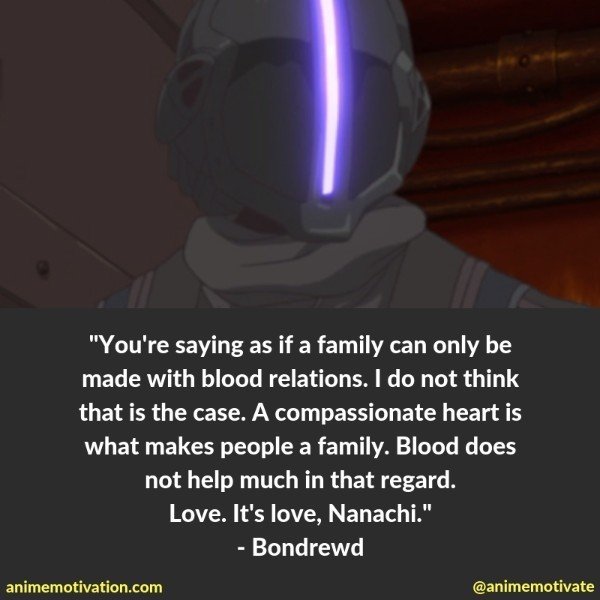 “You’re saying as if a family can only be made with blood relations. I do not think that is the case. A compassionate heart is what makes people a family. Blood does not help much in that regard. Love. It’s love, Nanachi.” – Bondrewd 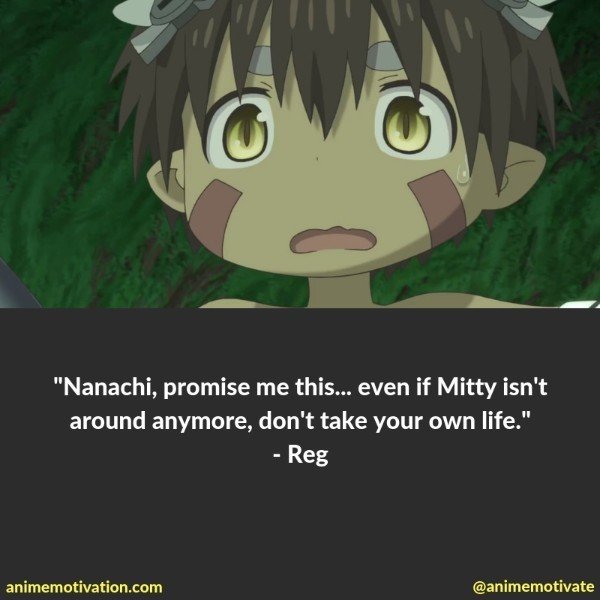 “Nanachi, promise me this… even if Mitty isn’t around anymore, don’t take your own life.” – Reg

15+ Meaningful Quotes From March Comes In Like A Lion