Danmchi, better known as: Is It Wrong To Pick Up In A Dungeon? is a harem/fantasy series known all over the world.

Here are the anime characters from Dungeon Ni Deai in this post:

And plenty more character quotes you’ll remember as a fan of the anime. 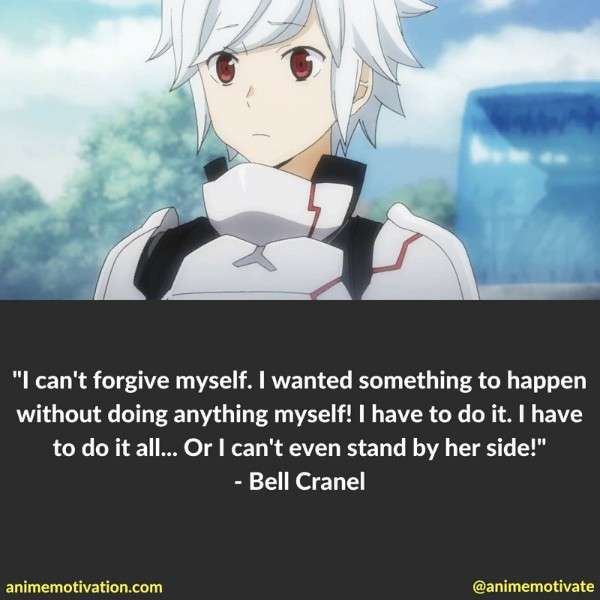 “I can’t forgive myself. I wanted something to happen without doing anything myself! I have to do it. I have to do it all… Or I can’t even stand by her side!” – Bell Cranel 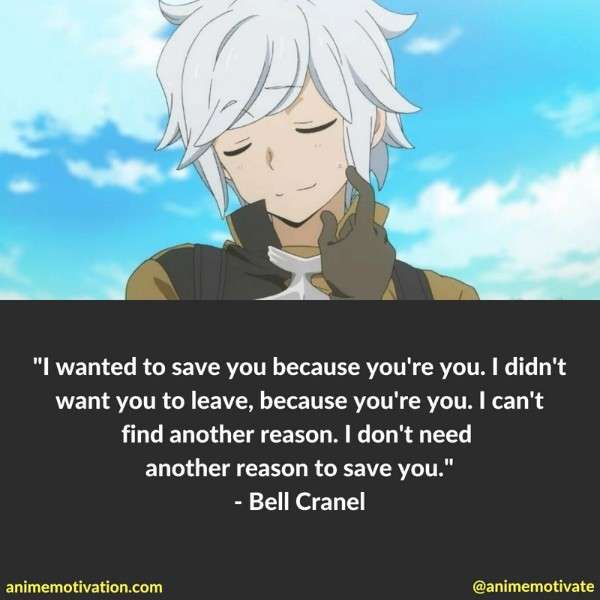 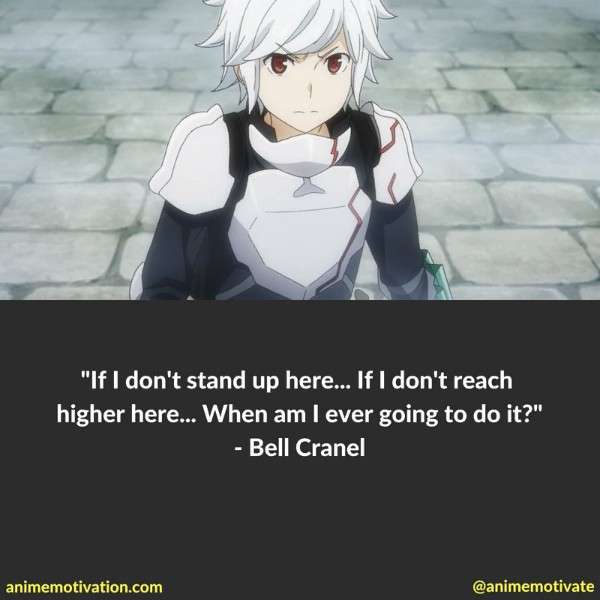 “If I don’t stand up here… If I don’t reach higher here… When am I ever going to do it?” – Bell Cranel 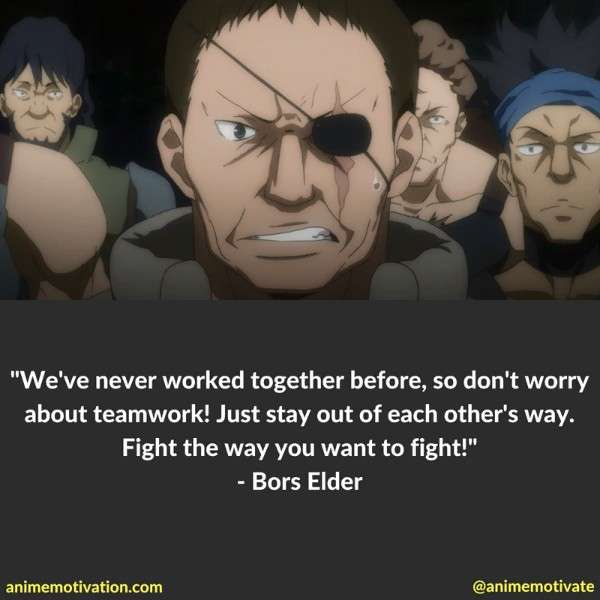 “We’ve never worked together before, so don’t worry about teamwork! Just stay out of each other’s way. Fight the way you want to fight!” – Bors Elder 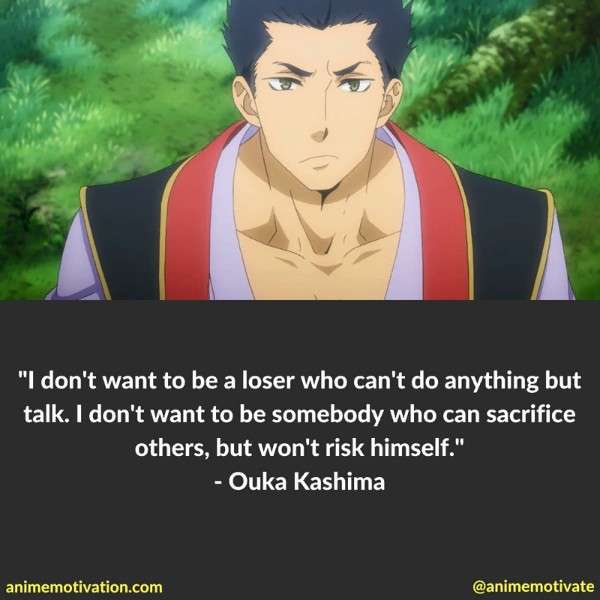 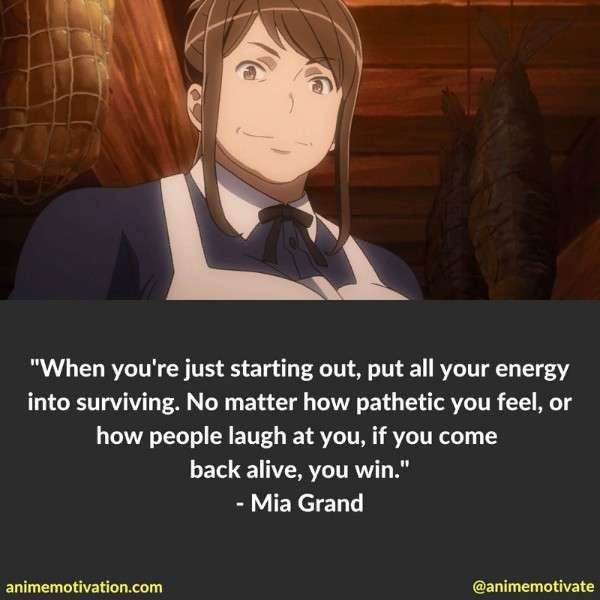 “When you’re just starting out, put all your energy into surviving. No matter how pathetic you feel, or how people laugh at you, if you come back alive, you win.” – Mia Grand 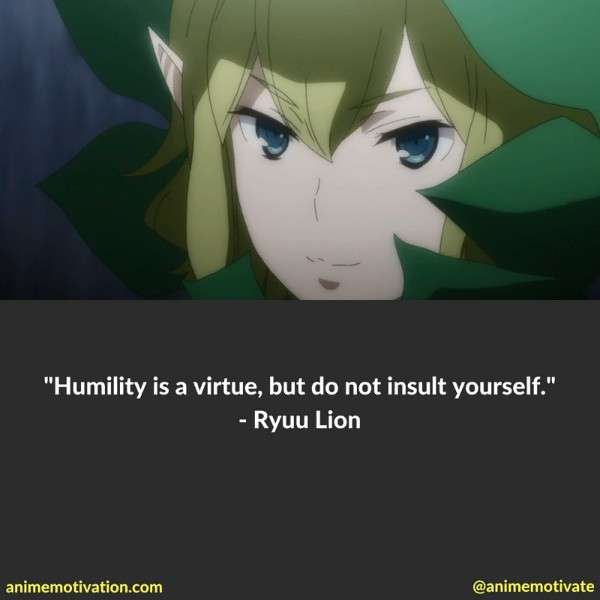 “Humility is a virtue, but do not insult yourself.” – Ryuu Lion 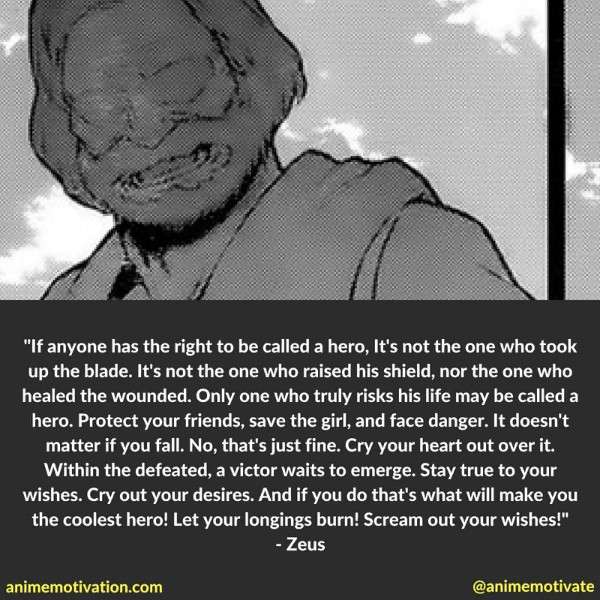 “If anyone has the right to be called a hero, It’s not the one who took up the blade. It’s not the one who raised his shield, nor the one who healed the wounded. Only one who truly risks his life may be called a hero. Protect your friends, save the girl, and face danger. It doesn’t matter if you fall. No, that’s just fine. Cry your heart out over it. Within the defeated, a victor waits to emerge. Stay true to your wishes. Cry out your desires. And if you do that’s what will make you the coolest hero! Let your longings burn! Scream out your wishes!” – Zeus 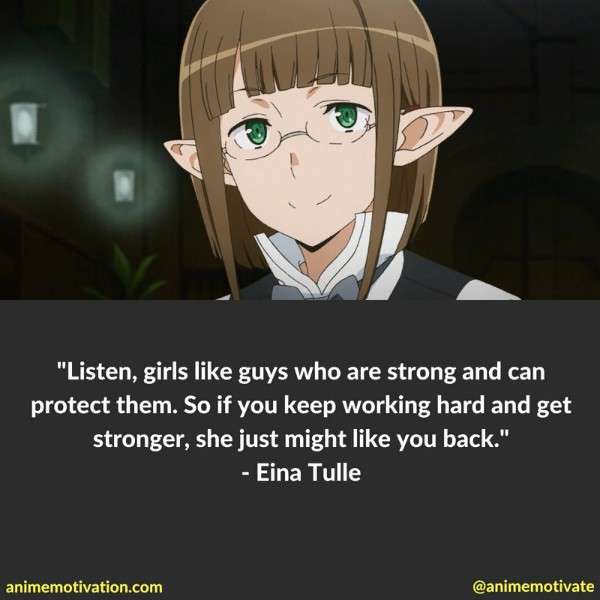 “Listen, like guys who are strong and can protect them. So if you keep working hard and get stronger, she just might like you back.” – Eina Tulle 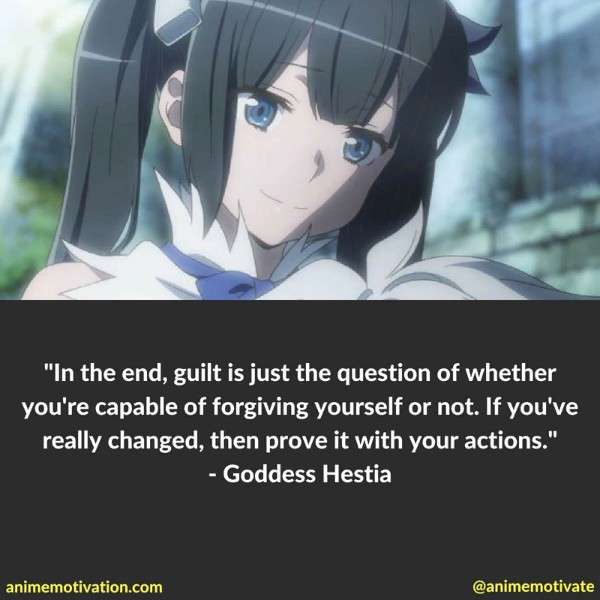 “In the end, guilt is just the question of whether you’re capable of forgiving yourself or not. If you’ve really changed, then prove it with your actions.” – Goddess Hestia 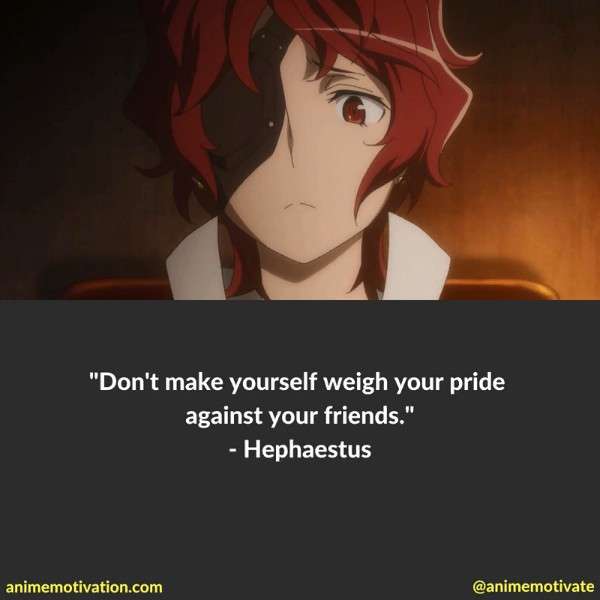 “Don’t make yourself weigh your pride against your friends.” – Hephaestus

Which Danmachi quote is your favorite?

7 Tough Life Lessons You Can Learn From Hinamatsuri