We’re back again with even more Black Representation in .

The shift for diversity is slowly progressing in the and community.

The community is becoming more welcoming and open, instead of its arhaic linear positions on which only one skin tone should be displayed on screen.

I’ve compiled a short list of six badass characters that deserve some spotlight. 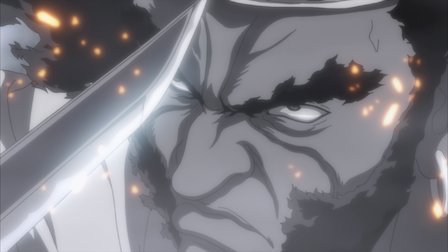 Think of Yasuke and the Terminator having a son and you have one bad ass protagonist.

Baring the number 2 headband Afro must defeat the wielder of number 1 and anyone who dares to challenge him.

The was written by Takashi Okazaki, a mangaka who was inspired by hip-hop, soul and American media. 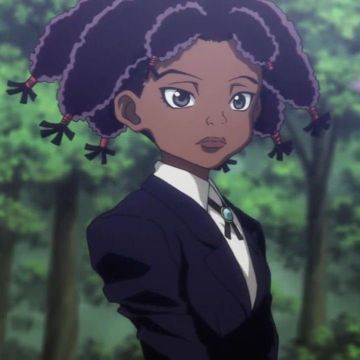 The next character has the sweetest name with a lot of kick ass behind it. Canary is a butler for the infamous Zoldyck family in the universe.

Canary is presented to viewers as a ruthless guardian at the testing gate of the Zoldyck residence, refusing and brutalizing any trespassers.

It is said that at 10 years old, she took out a hundred black-list hunters who attempted to trespass.

If that doesn’t spell out bad ass, I don’t know what does.

Relevant: 16+ Of The BEST Black Female Anime Characters You Should Know 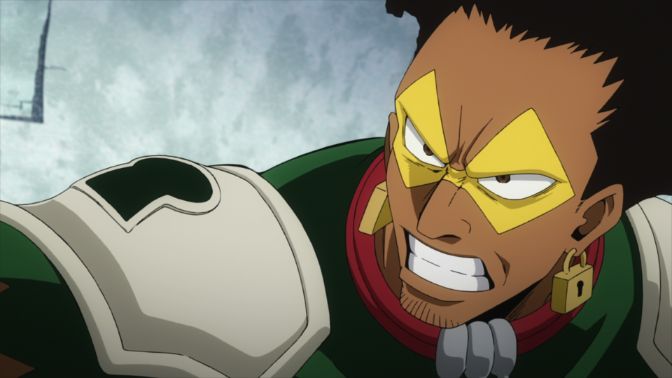 A prohero in series. When first introduced to viewers in the Hassaikai Incident, Rock Lock appeared to be judgmental of our favorite heroes in-training.

He saw them as liabilities rather than assets.

After peeling away at his harden persona, Rock Lock’s demeanor comes from a good place.

Lock generally cares about his allies and ensures that justice prevails whenever evil rears its head. His quirk Lockdown allows him to immobilize any nonliving thing he touches, stopping it in a fixed space.

Relevant: 12+ Of The Best Black Male Characters In Anime 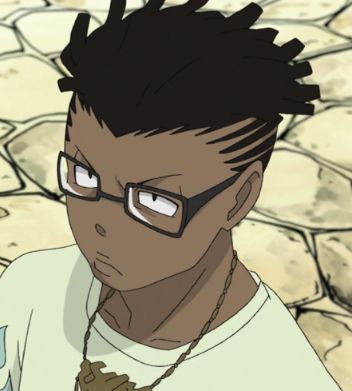 Considered one of the top three meisters at Death Weapon Academy, this kid packs a major punch.

As a meister, Kilik is skilled in hand to hand combat and wavelength control. This allows him to synchronize himself with many different weapons.

According to FanLab, the creator of Soul Eater created Kilik due to recognizing the lack of African American characters in .

His character and name are based off African Folklore. 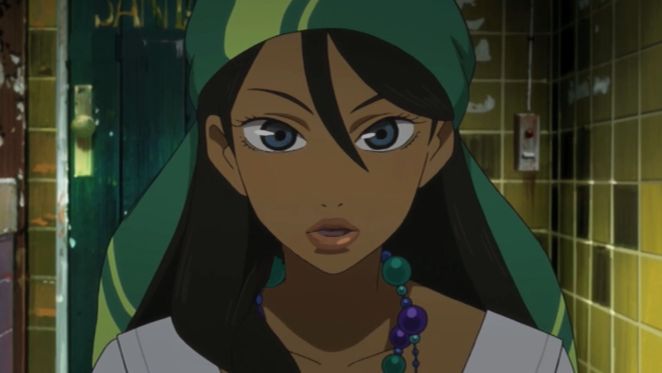 A wildcard on the run from prison who’s not afraid to kick some ass and take a few names, meet Michiko Malandro.

She’s an afro-latina who could even give the Joker a run for his money.

She sets out on an expedition to find the lost love of her life alongside Hatchin, her polar opposite.

Michiko is continuously on the run from the law and her past mistakes.

Along the journey to find Hiroshi, Michiko learns the keys to motherhood, righting her wrongs and freedom.

According to Fandom, Michiko’s character design is based on the late R&B legend Aaliyah. 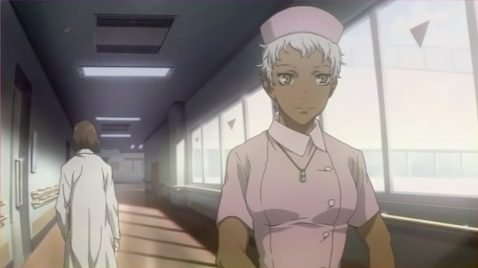 The second-in-command of the former “Scar Chain rebel group” within the world of Deadman Wonderland.

Karako starts out working as a nurse before the start of the series.

Cursed with the branch of sin, Karako can makeshift her own blood into a boxing glove, landing a forceful hit on her opponent.

Her abilities can range from protective to defensive at will.

She is known for winning a lot of games called Carnival Corpse within the DMW series. Afterward she was approached by Nagi Kengamine to join his group Scar Chain to overthrow Deadman Wonderland.

Throughout the series, Karako fights for the freedom she and her comrades deserve.

For more information about Saturday AM, come check out our website at https://www.saturday-am.com/

11 Of The Most Interesting Dark/Light Skinned Characters In Anime

Alexis is a writer from Saturday AM, the World's MOST DIVERSE shonen manga anthology magazine.