07 Ghost is a military/demon series produced by Studio Deen in the 2000’s. It’s also a Josei series.

If you’re a fan of this anime and the plot, this list of quotes (with images) will bring back memories.

Here’s the best quotes worth sharing. 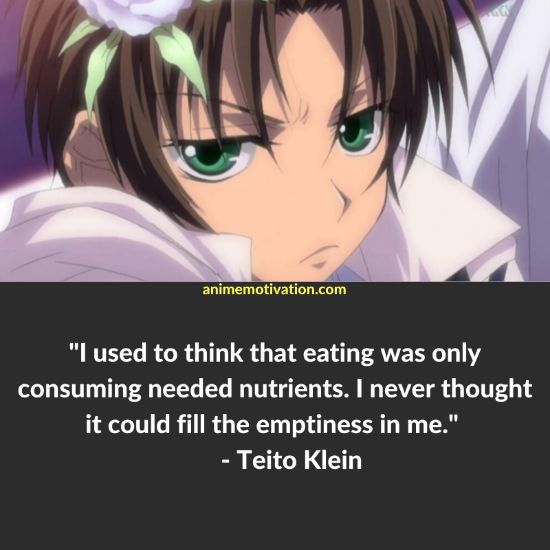 “I used to think that eating was only consuming needed nutrients. I never thought it could fill the emptiness in me.” – Teito Klein 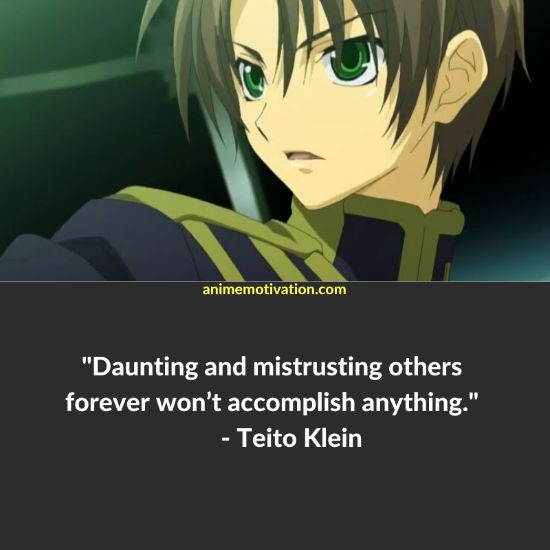 “Daunting and mistrusting others forever won’t accomplish anything.” – Teito Klein 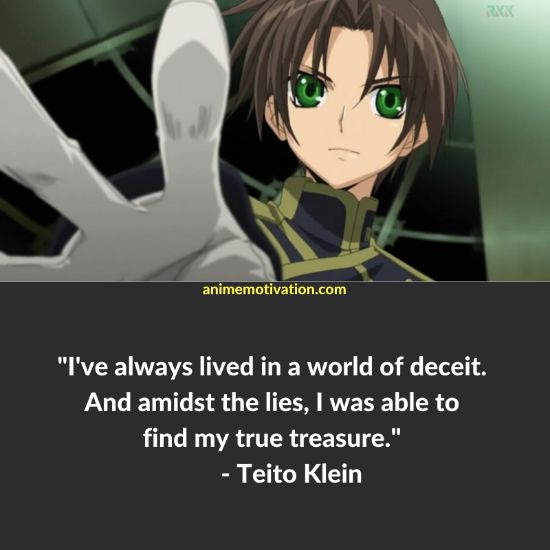 “I’ve always lived in a world of deceit. And amidst the lies, I was able to find my true treasure.” – Teito Klein 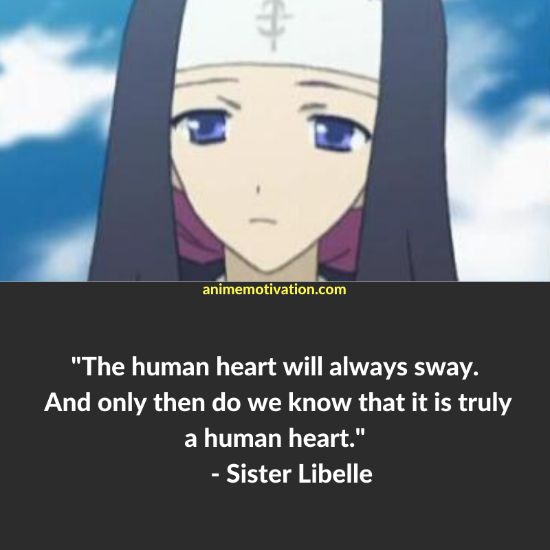 “The human heart will always sway. And only then do we know that it is truly a human heart.” – Sister Libelle 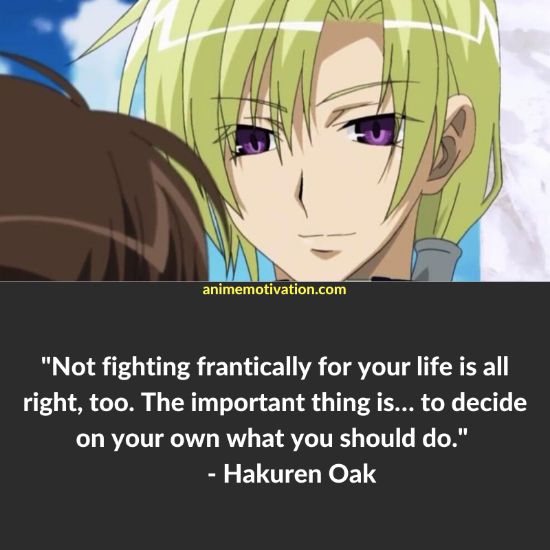 “Not fighting frantically for your life is all right, too. The important thing is… to decide on your own what you should do.” – Hakuren Oak 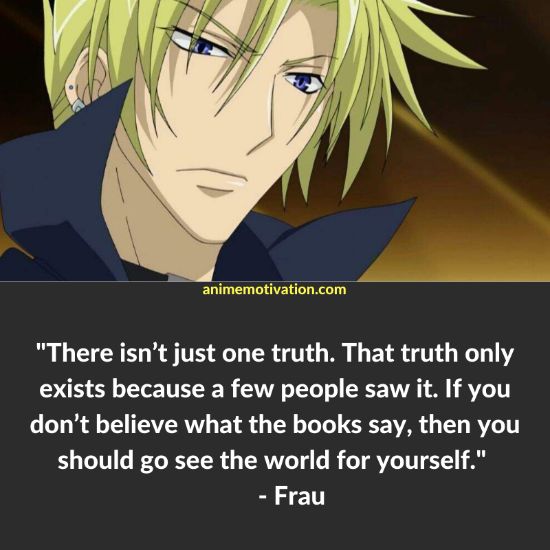 “There isn’t just one truth. That truth only exists because a few people saw it. If you don’t believe what the books say, then you should go see the world for yourself.” – Frau

“Don’t allow hatred to devour your heart. The one that you care for will only move farther away.” – Frau 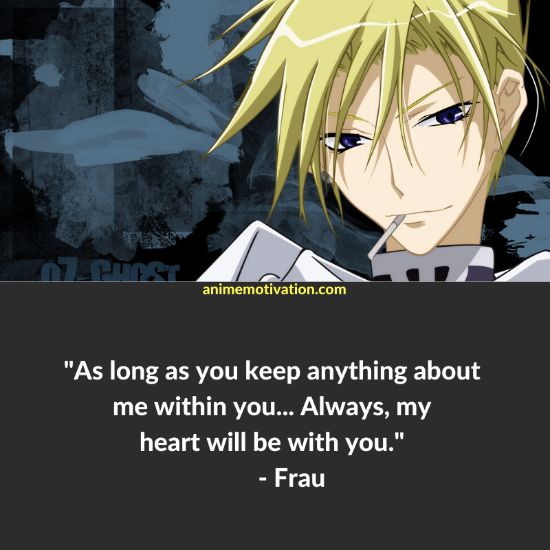 “As long as you keep anything about me within you… Always, my heart will be with you.” – Frau 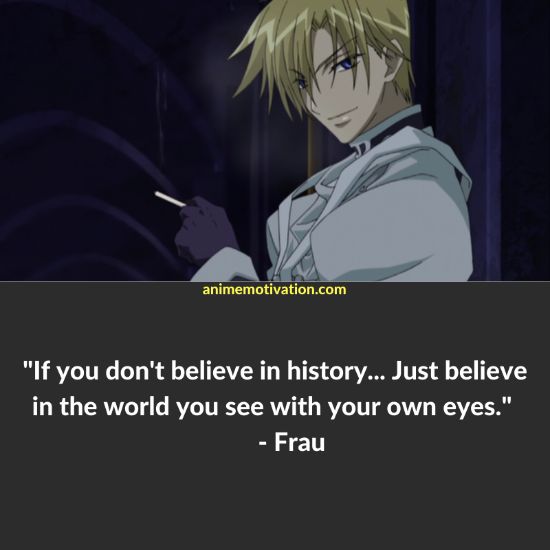 “If you don’t believe in history… Just believe in the world you see with your own eyes.” – Frau 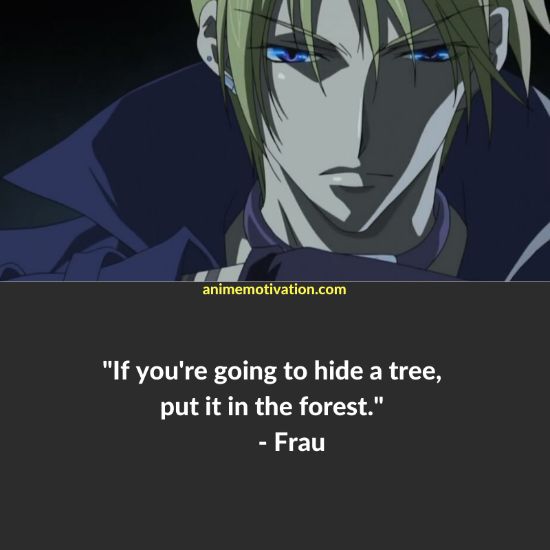 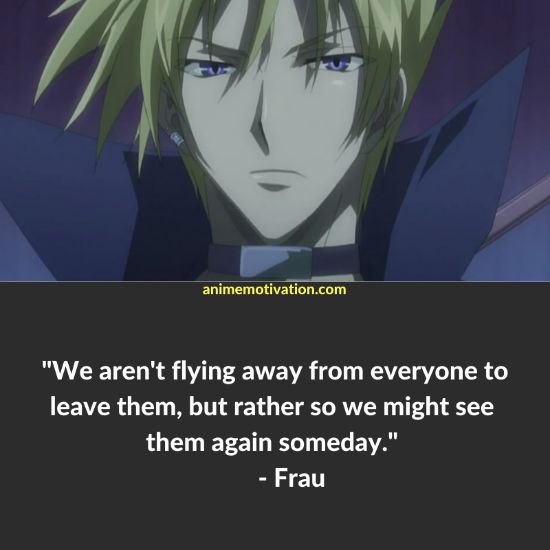 “We aren’t flying away from everyone to leave them, but rather so we might see them again someday.” – Frau 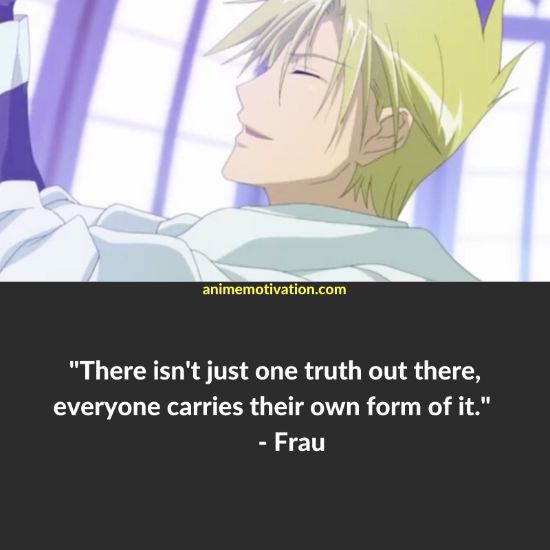 “There isn’t just one truth out there, everyone carries their own form of it.” – Frau 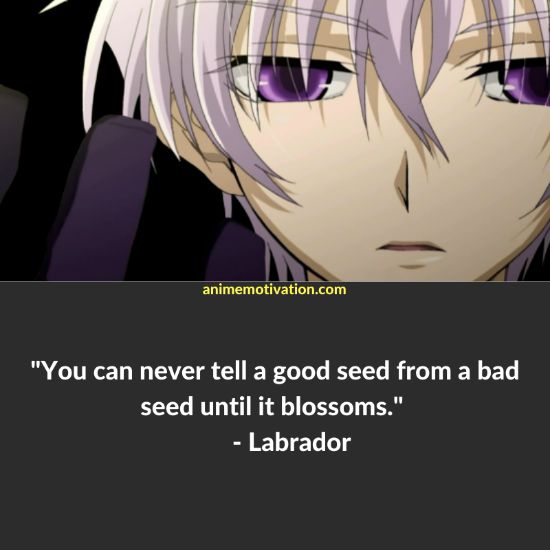 “You can never tell a good seed from a bad seed until it blossoms.” – Labrador 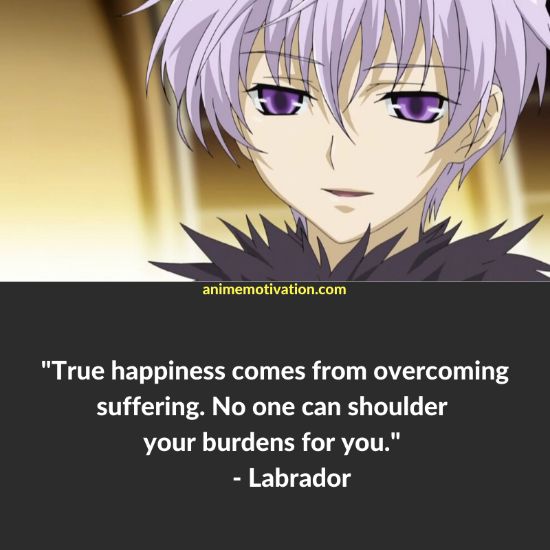 “True happiness comes from overcoming suffering. No one can shoulder your burdens for you.” – Labrador 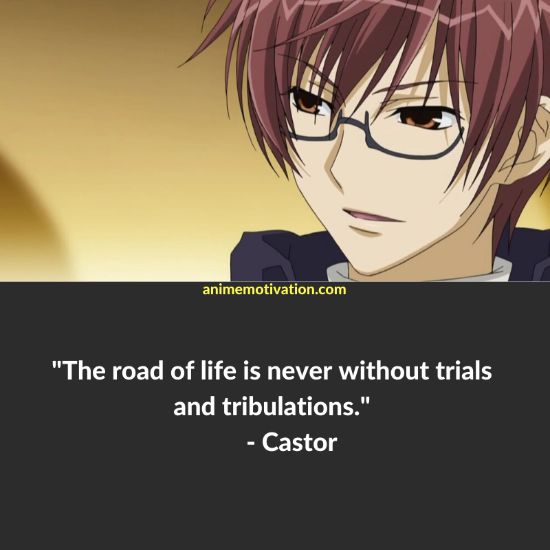 “The road of life is never without trials and tribulations.” – Castor 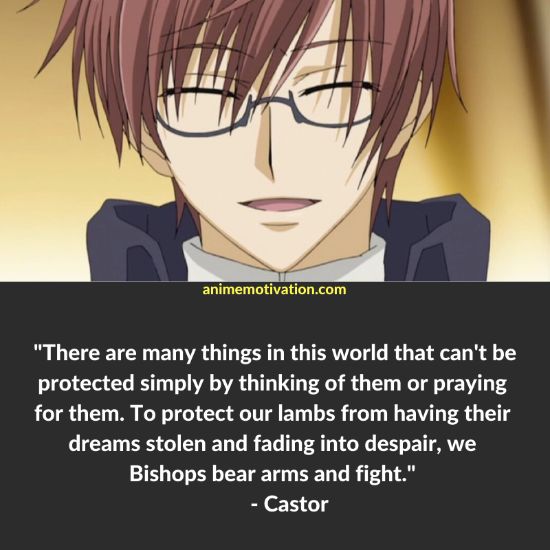 “There are many things in this world that can’t be protected simply by thinking of them or praying for them. To protect our lambs from having their dreams stolen and fading into despair, we Bishops bear arms and fight.” – Castor

“Only a genuine wish makes one’s own soul shine beautifully in this life. That light is a messenger from heaven lighting the way for our unwavering souls to be brought to the God’s side.” – Bastien 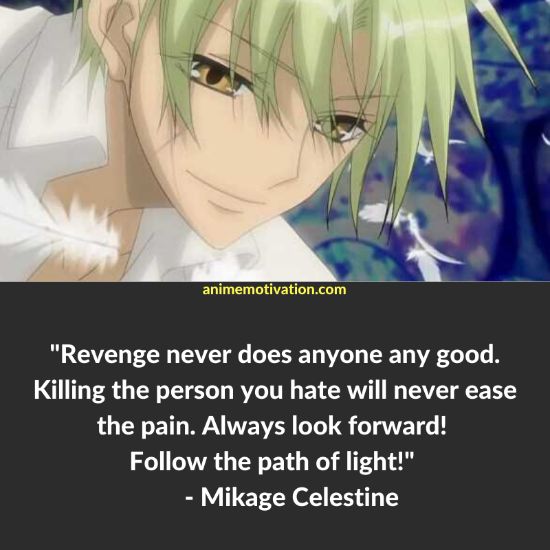 “Revenge never does anyone any good. Killing the person you hate will never ease the pain. Always look forward! Follow the path of light!” – Mikage Celestine 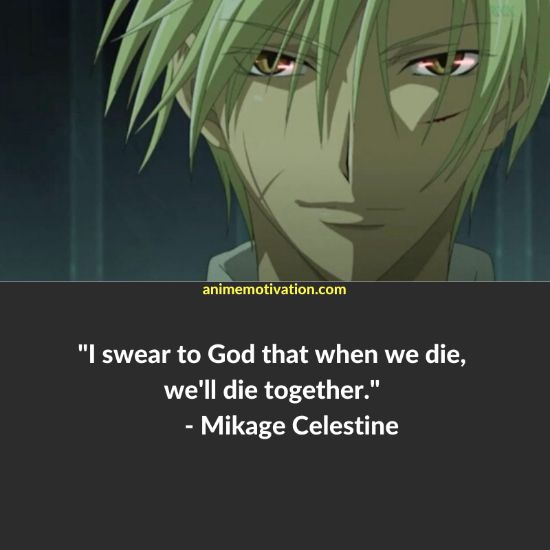 “I swear to God that when we die, we’ll die together.” – Mikage Celestine 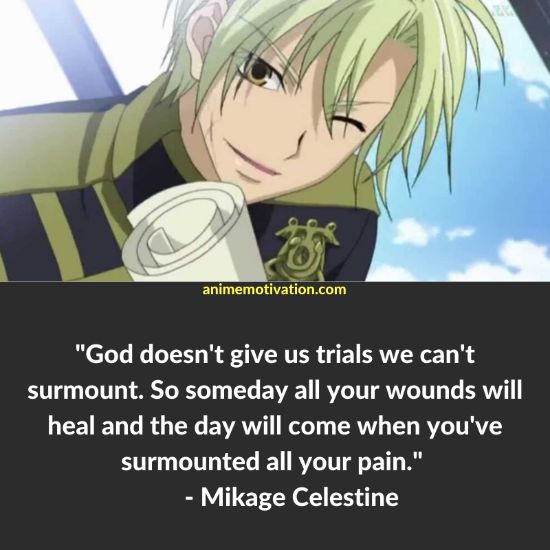 “God doesn’t give us trials we can’t surmount. So someday all your wounds will heal and the day will come when you’ve surmounted all your pain.” – Mikage Celestine

11 Of The Greatest Studio Deen Anime Worth Watching!