Studio Deen has 200+ anime to their name. They’re well-known in the anime industry.

Of those 200+ anime, just like similar studios, there are anime shows that stand out more than most. And have enough popularity to dominate “best anime” lists from all kinds of people and sites.

I’ll be talking about some of those anime, and better yet: anime I love from Studio Deen that I recommend.

1. Higurashi: When They Cry 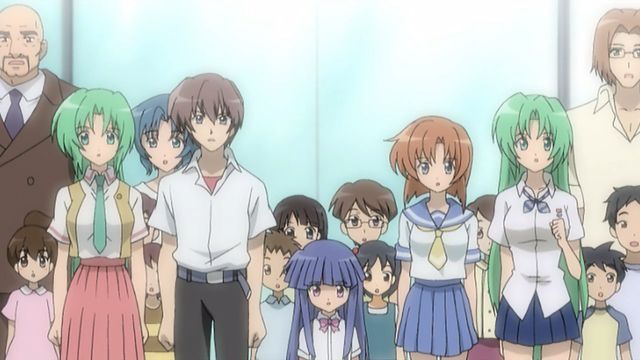 Higurashi: When They Cry is probably the first Studio Deen anime I ever watched. 100’s and 100’s of anime series later, and I still love it to death.

Higurashi is what happens when you gather 6 relevant characters, and put them in f*cked up situations to bring out their “dark” side.

It’s one big psychological experiment and the horrors that play out in this savage anime are ruthless, but clever. With some of the most entertaining (and unique) plots a horror series has ever created.

The plot is dynamic and changes a lot throughout the series to keep things fresh.

Related: A List Of 30 Psychological Anime You NEED to See 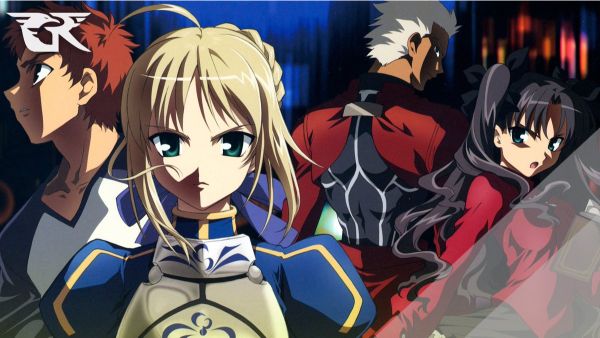 Fate Stay Night is the first animated fate series in the franchise. And it was produced by Studio Deen.

This is before Fate Stay Night: Unlimited Bladeworks came about.

As the first Fate series, even if the animation isn’t as “modern” as newer Fate anime, it’s some of the best action/fantasy to bless the industry. 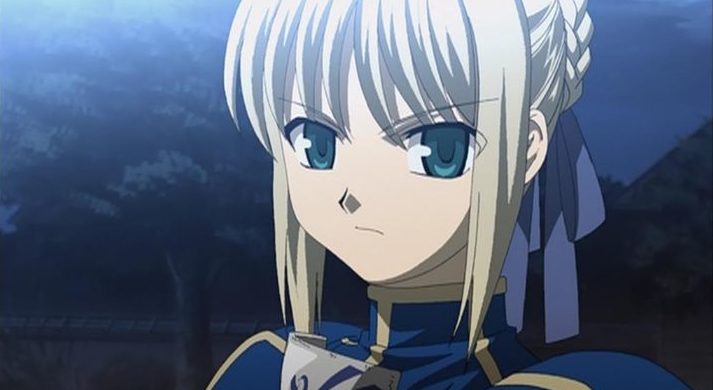 Saber (King Arthur) is a powerful female character, both in strength, resolve, and how she’s written as a character in general. It’s why she’s one of the most likable female characters in the industry today.

The anime is about a holy grail war, which means if you win, you get to grant your own wish. But only at the expense of killing other contestants (for the most part).

And overall – Fate Stay Night is a classic that most fans will appreciate if fantasy and action is something you’re looking for. 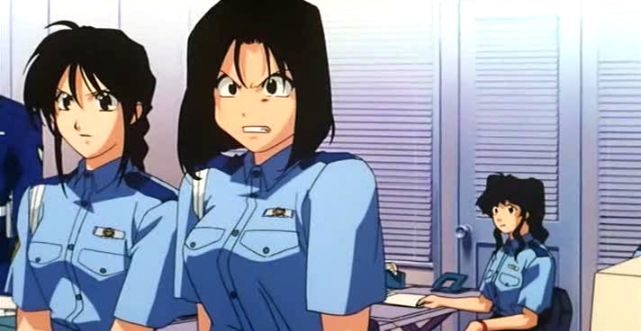 You’re Under Arrest is a classic series made back in the 1980’s. I only know of it because I went looking for old school anime, and landed on this one. 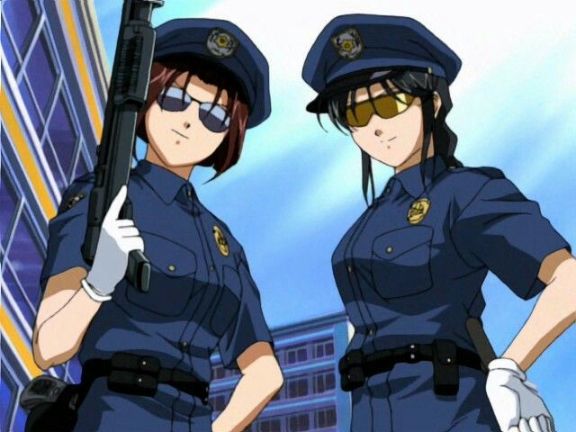 Natsumi is the “Braun” of the group, capable of martial arts and kicking the sh*t out of criminals if necessary.

Miyuki on the other hand is the “brains” of the group. Good at strategy and tactics when it comes to capturing criminals in Tokyo.

The animation quality is surprisingly good for its time. And I’d recommend it if you want something unique, classic, and entertaining in the action/police genre.

The series stretches into the 90’s with O’VA’S and what not.

Related: 10 Lesser Known Anime Series That Are Too Good To Ignore 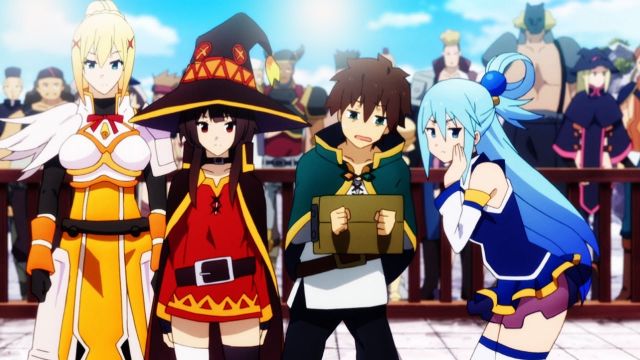 You have a clueless Goddess, an arch wizard who loves blowing sh*t up, a masochistic knight and the MC with more common sense than any of them.

Kono Subarashii is like the modern version of Gintama.

It’s a parody/comedy series the anime community loves, and even though I’m not a fan of MAL ratings – the ratings speak for themselves.

Konosuba can be a bit much for some people based on the angle it takes with comedy. But if you’re an Isekai fan and want something comical, you can’t go wrong with this. 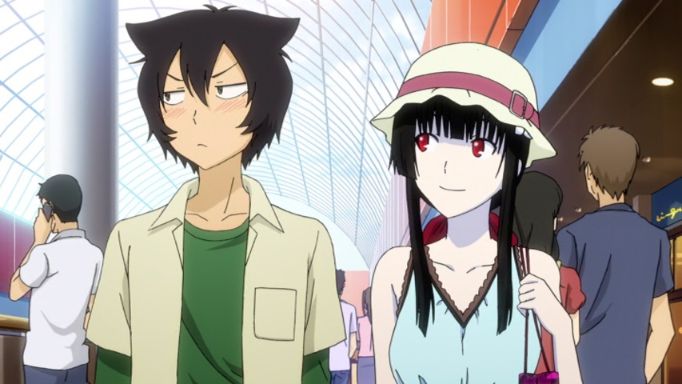 Sankarea: Undying Love is about Chihiro, a guy who’s obsessed with zombies. And even has a desire to get a “hot zombie girlfriend” because normal girls don’t do it for him.

He gets his wish not long after using an odd potion on his dead cat which brings it to life. 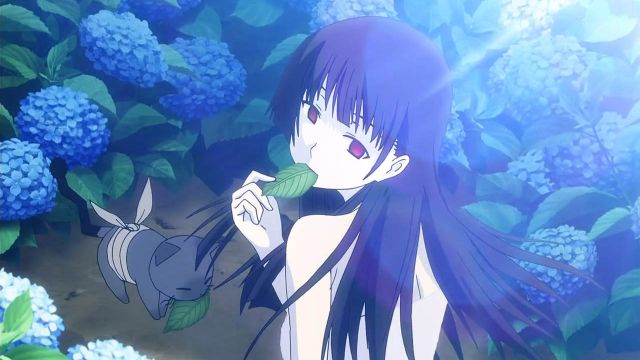 One thing I always say about this anime is it’s weird, and you need to know that before watching it. But it’s a good anime series by Studio Deen that goes unnoticed.

The odd relationship between the main characters, a human and a zombie, is a theme few anime have explored. Or managed to do as well as Sankarea.

Log Horizon almost bored me to death in the first season.

It starts off slow and the pace is painful. But after episode 8 or 9 things start to get interesting.

The anime’s main theme is MMORPG. Each character realizes they’re stuck within a game called Elder Tales, so they decide to build their own society within it.

Season 2 isn’t as “good” depending on who you ask because originally – Log Horizon’s studio is Satelight.

The same studio behind season 1.

But I liked season 2 even more. And I’d recommend it not just for Studio Deen fans, but for anyone who’s watched Log Horizon S1 and isn’t sure whether to take the next step. 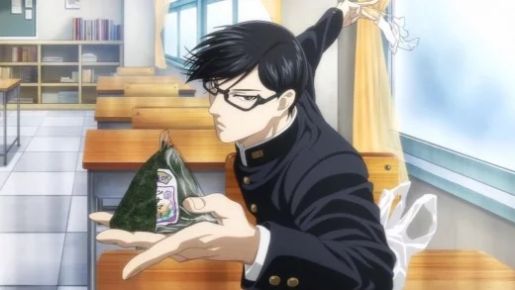 Sakamoto is a daft comedy series based on a perfect main character: Sakamoto.

He’s so perfect he can never do any wrong, fail a test, fail in sports, or “not” be seen as attractive to every female character.

This isn’t a harem though. Even the boys wanna be like Sakamoto and it’s all in the name of comedy.

Not my favorite Studio Deen anime, but it’s decent enough to mention. 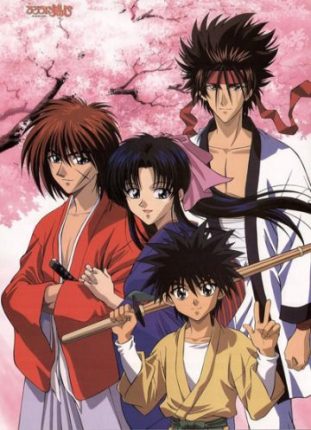 Rurouni Kenshin is a classic samurai series. And I doubt there’s anything out there that’s better than it. Especially not as far as its reputation goes.

Rurouni Kenshin is about Kenshin Himura, a samurai with blood on his hands from a savage past when a war broke out.

In the present he’s committed himself to stepping away from violence, and turning a new leaf by walking down a path of positivity. 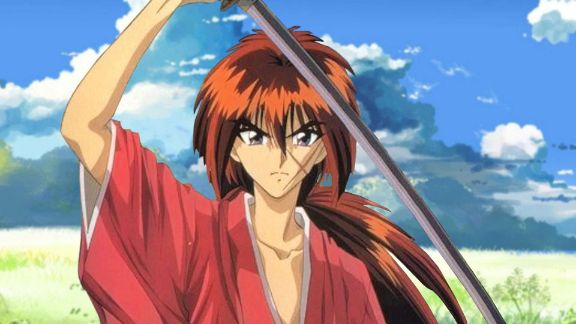 To do this – he uses the reverse end of his sword if he’s ever in a battle or a scuffle. That way – even if he defends himself, he can’t kill anyone because of the blunt end of the sword.

When all is said and done – this anime is more about personal development, and how the past haunts you for the things you’ve done that can’t be changed. Or forgiven by some people. 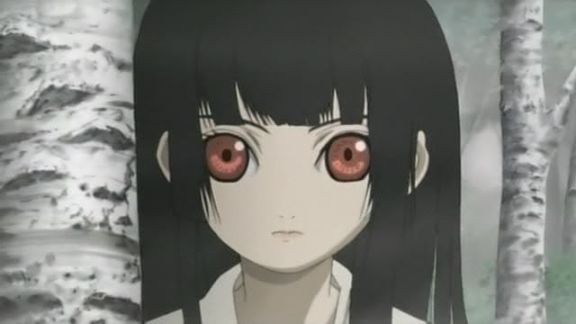 Hell Girl has similarities to . I never knew it because I watched Hell Girl first.

The anime’s main theme is about revenge, and the cold reality of how immoral and evil humans can be.

One example is the girl who’s bullied and manipulated by the bullies in school. Or how a veterinarian gets a kick out of killing animals and leaving them to die.

Or even how women can cheat, and then blame someone else for the reason their own marriage is in shambles by spreading false rumors.

Everything about Hell Girl is a realistic, grim reminder of some of the people living within our society. 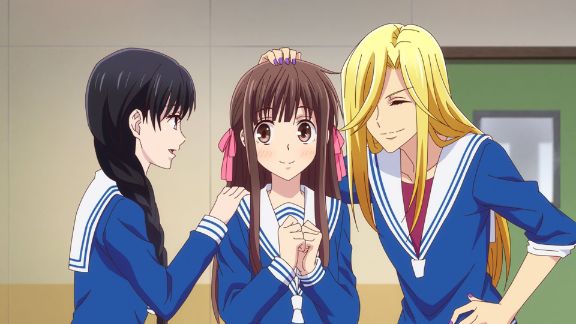 Fruits Basket is mellow, chilled slice of anime about Tohru Handa. A girl who’s homeless and has no parents.

She’s picked off the street and giving a home with characters who all represent the Chinese Zodiac.

Like a lot of slice of life, Fruits Basket carries a lot of purpose and meaning with its characters and the story. And it’s a classic in the slice of life genre. 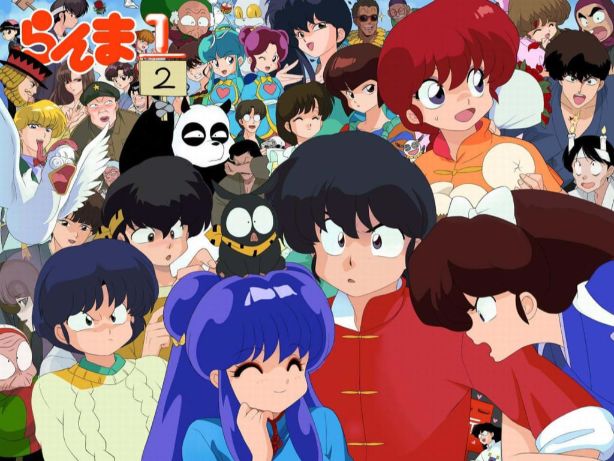 Ranma 1/2 is one of the first slice of life anime to hit the industry. It’s more influential than most anime fans realize.

It’s also one of the first slice of life “fantasy” type of series where the main character switches from a boy to a girl (and vice versa). Depending on the circumstances.

I’d go as far as saying the comedy is still fresh and relevant by 2019 standards.

Even the animation isn’t bad for its time.