Ishuzoku Reviewers, or “interspecies reviewers” was cancelled by .

Here’s an official screenshot over email by a Reddit user.

Here’s the FULL quote by :

“After careful consideration, we determined that this series falls outside of our standards. We have the utmost respect for our creators so rather than substantially alter the content, we felt taking it down was the most respectful choice.”

I’ll break down what this “probably” means later (in Plain English without the politics).

Dozens of articles and videos reported on it. 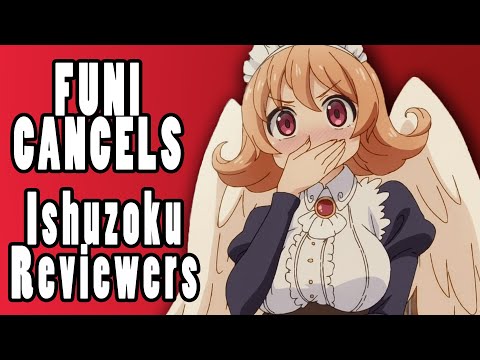 To make things worse (which no one is talking about), the voice actors, translators and other key people won’t be getting the pay-day they expect.

In fact – there’s a rumor that the translators were fired and forced to sign an NDA. Probably so can avoid “getting into trouble” if ALL the details leaked about what really happened, legally.

Why did cancel Ishuzoku Reviewers?

And better yet – why they did it so out of the blue.

Especially when you consider this:

“ originally announced that they were planning to stream the show uncensored, but come its debut day, they aired the censored version and changed the show’s description to remove any mention of the being uncensored.

With all that out the way – here’s my thoughts on why cancelled Ishuzoku Reviewers.

1. Unable to control the narrative or agenda

In 2015 –  changed the dialogue of Prison School and turned it into “SJW” nonsense US Twitter’s so fond of.

This was during the time #Gamergate was trending.

In the original Japanese version of Prison School, the line heard on-screen translates to English as:

“You keep talking to me like we’re on equal terms, but I’m a 2nd year. You have to address a superior more politely. Shut… up…”

But when  changed these lines, the lines then become:

“Woah, cut the breaks Arthur Fonzarelli. You got a stick up your *ss, or are you one of those dumb*ss GamerGate creepshows?”

The original version goes from this:

To ‘s politics that turns into this:

had LESS control over Ishuzoku Reviewers

This , adapted from a was “extreme” from the beginning.

The themes, reviewing of brothels, the monster girls and the sexually driven story can’t be changed no matter how hard you try to change the lines and wording.

has a history of doing this, so it’s nothing new.

That’s why they cancelled Ishuzoku Reviewers because no amount of:

Or anything of the sort (based on the original material) would have worked. And probably wouldn’t have made sense.

would have to change the entire script to push a narrative the loud US minority loves to hear these days.

And seeing as manipulates popular by drastically changing the dialogue, it only makes sense why they’d “throw it away” as a lost cause.

Related: How Funimation Merging With Aniplex Will IMPACT The Anime Industry

2. Backlash within the company among women 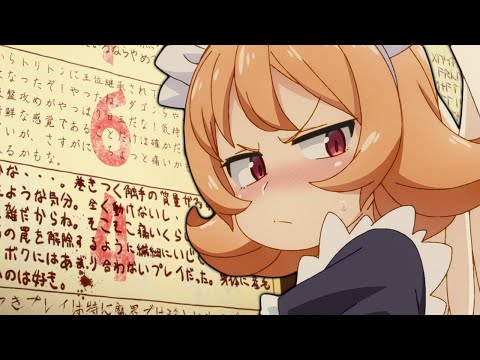 We already know how EXTREME Ishuzoku Reviewers is.

Stunk, the main character reviews brothels with his partner. And that’s gonna rub some people the wrong way.

It’ll especially rub some women the wrong way (in the US more than anything).

And knowing the type of people who work within – it’s a given this could have happened.

The pressure alone, on top of point #1 (lack of control over the ‘s dialogue) is enough to force Funi to back down. Even if the was in the middle of airing on ‘s platform

Related: The Problem With Anime Feminists

3. Doesn’t want to be associated with Ishuzoku Reviewers controversy

The content is no joke. It’s  on steroids. Some even call Ishuzoku Reviewers ““.

Before the aired it stirred up a bit of controversy on Twitter, and that’s only continued since January 2020. Though not to the level expected.

With all this in mind, and the other points mentioned – didn’t wanna be associated with the controversy.

They didn’t want the controversy “attached” to their brand and so they backed out to avoid it.

That’s what I think really went down, because it’s a big decision with a lot of moving parts.

What do you think about this news?