Tonikaku KAWAII is an anime I knew would hit gold the moment it was announced. And I hadn’t even seen the .

Nasa Yuzaki has a “truck-kun” moment and his life is saved…. By the girl he gets engaged to later the same day.

The wholesome episodes that follow, the romance, relationship life lessons and so much more is what will be highlighted in this post.

There’s a lot to learn from both Nasa Yuzaki and Tsukasa, the couple, and the events that surround them.

1. It takes less than 30 seconds for your life to change 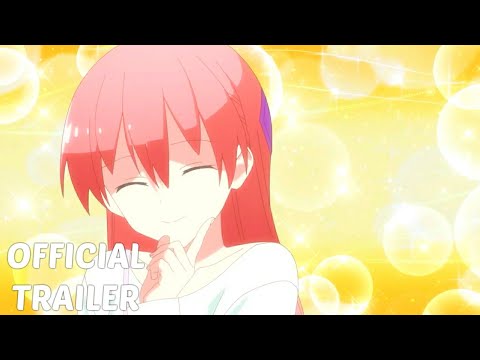 Your life can change in less than 30 seconds, either for the worst or the best.

Nasa Yuzaki’s introduction to the anime, and how the story plays out shows this.

The cliché of Nasa seeing a “beautiful” girl, walking into the road and having truck kun show up… In normal circumstances it’s certain death.

Nasa is saved by Tsukasa Tsukiyomi, and as a show of gratitude he thanks her and is forever grateful.

Not being able to stand the thought of someone saving his life walking away, and him never seeing her again, he confesses.

She returns the favor and that’s how they end up in a relationship together.

A fantasy tale and an unlikely event, yes, but the life lesson is real.

Life can change in a flash and it’s for you to decide in that moment where you want it to go. If you can.

Relevant: 5 Positive Life Lessons From Yuuki Konno To Be Inspired By 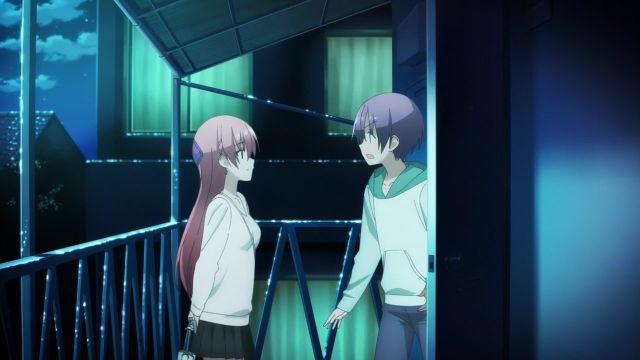 What I mean is both of you can connect so easily it’s as if you’ve known each other forever.

Everything clicks, it’s not a struggle talking to each other, and you’re both in sync. It’s a perfect bond.

Everything happens fast, but what matters most is how you deal with it during the time it goes from 0 to 100.

In Nasa and Tsukasa’s case, they pace themselves and things move more smoothly that way. And it doesn’t crash and burn.

The one thing that’s unique about Tonikaku KAWAII is the pace the story, relationship and characters lives move at.

It moves at such a pace that it feels realistic and more relatable than comparable romance anime.

First off they get to know each other after moving in together. And learn about each other’s interests in food as one example.

From there it’s about getting used to each other’s habits, and what kinds of things or products each is interested in. 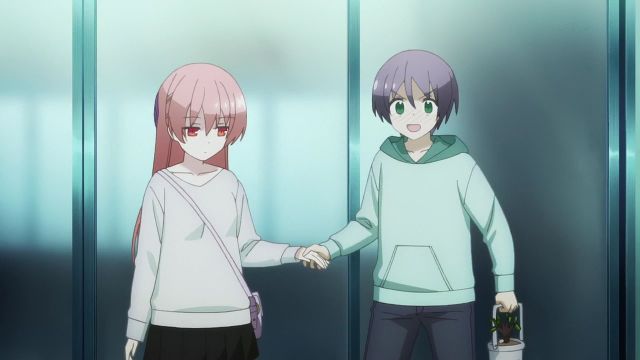 This leads them to go shopping together. And the relationship moves along casually. At a pace that isn’t neck breaking or detrimental.

At some point they get used to kissing each other. This makes the act of doing it more powerful and has a stronger effect than it would otherwise have.

Life is about taking things one step at a time.

This is more true for big things and big goals, or things that take a lot of effort and dedication.

If you move to fast you’ll fall off a cliff and ruin what you’ve started or are trying to build.

Related: The BEST Life Advice You Can Learn From 53 Anime Characters!

4. Life can be unpredictable 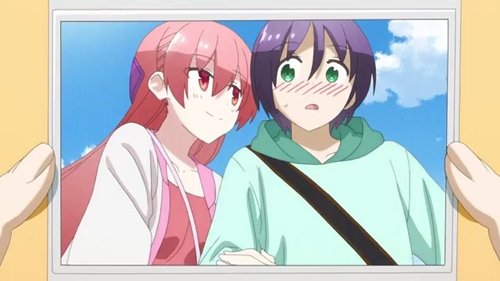 If you stay alive long enough you’ll notice how unpredictable life can be.

Happy things can happen to you in unpredictable ways that you would never imagine.

For Nasa Yuzaki, that unpredictable thing was ending up engaged and finding someone who understands him early in life.

Being in a relationship with someone he can genuinely expect to stay with in the long run.

It’s what makes the episodes, the content, and the comedy entertaining when you watch Tonikaku KAWAII.

Especially since you can put yourself in the MC’S shoes.

Relevant: 6 Anime Life Lessons To Be Learned From Rent A Girlfriend

5. You can’t force a perfect relationship 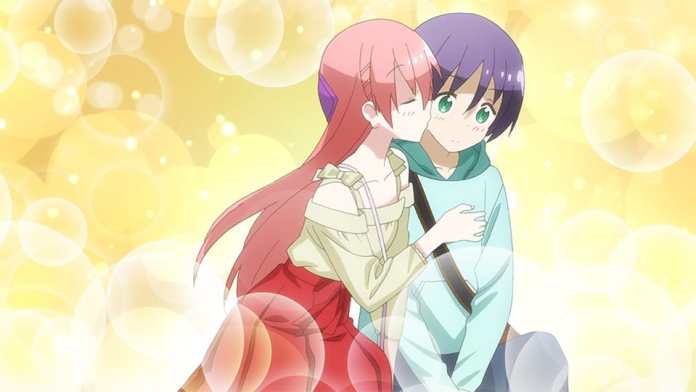 It’s a cliché to say there are 7 billion people on the planet. 3+ billion or more which are women. But it’s true.

Finding a partner is like gambling in a sense.

You can’t always guarantee you’ll meet the right person, especially not so early. But it’s possible.

Sometimes it’s just a matter of keeping your eyes open and paying attention to the signs, but not getting too wrapped up in the idea to the point of distraction.

Nasa Yuzaki and Tsukasa have a relationship that’s natural, because neither obsessed with getting into one.

When it happened, they took the signs for what they were and ran with it.

In the real world it’s much harder but the same principles still apply.

6. Your intentions need to be genuine from the start 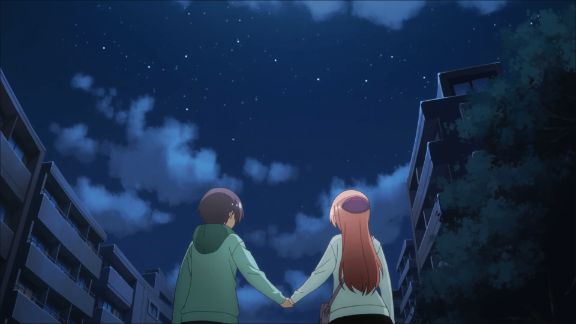 Nasa and Tsukasa have a “good” relationship for one reason: their intentions were clear.

Not only were their intentions clear from the start, they were genuine and sincere. And they communicated that well.

The reason friendships, NOT just relationships fall apart, is because the intentions aren’t clear or genuine.

You can act perfect in the beginning, but if your intentions were never genuine they’ll eventually show. And that will cause friction and problems.

Those problems will eventually break it up, and things will fall harder than is necessary.

7. There’s always those who aren’t happy for you 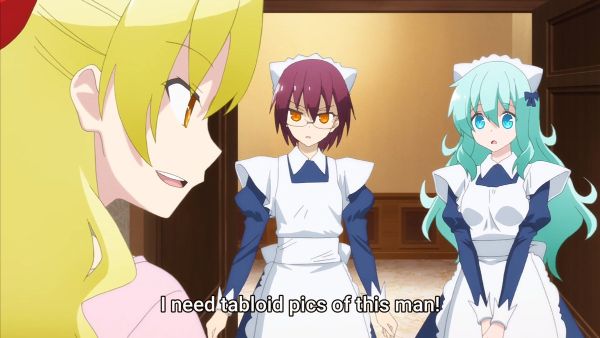 That’s just how the world seems to work. No matter what you do in life, there’s someone who isn’t happy for you.

The same is even more true for relationships. Especially when things are going so well and everything is smooth.

Tsukasa’s friend who’s loyal to her because of how Tsukasa helped her, isn’t happy with Nasa Yuzaki being Tsukasa’s boyfriend.

She goes out of her way to break them up. She’s jealous. And selfish. And even petty.

That changes slightly in the later half of the anime, but the life lessons still applies.

In the real world it’s even worse, but that shouldn’t stop you You should prepare for it.

26+ Of The Greatest Romance Anime Of All Time!