Spring 2022 season isn’t too far off from now. It’s only over a month away now that February is coming to an end.

So what are coming out during Spring 2022? Let’s put it this way:

These are the types of genres that dominate the SPRING 2022 season. It will be more relaxed than Winter.

No big hitters or massive mainstream shows. It’s a time to relax before the bigger stuff later in the year (like Bleach).

That’s usually what Spring brings when it comes to .

1. The Demon Girl Next Door S2 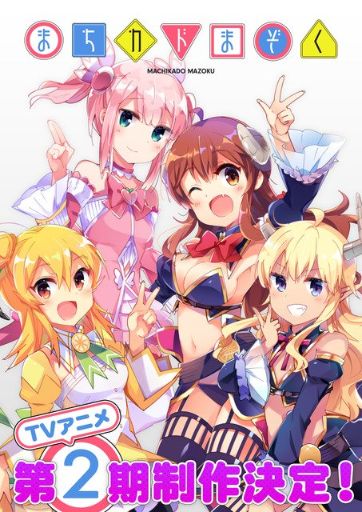 The Demon Girl Next Door was a hit when it first released around 2020. It’s an adapted from a about a girl called Yuko.

She wakes up one day with horns coming out of her head, and her friends don’t seem to be too shocked by it (they’re a bit weird though).

She discovers she’s part of a demon family tribe, and is supposed to destroy magical girls. But this fails miserable and she ends up friends with a magical girl called Momo Chiyoda.

It’s a silly slice of life/comedy type of series with a new take on magical girl/demon style . And S2 will take things to the next level in the plot. 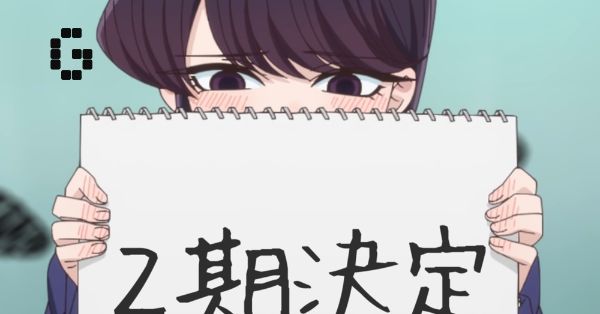 I don’t believe Komi San will release during Spring 2022 or at least April. It seems too soon but this is the date that’s been given the greenlight for the ‘s 2nd season.

The original , adapted from a popular , is about a girl who’s a MUTE. She can’t speak. It’s a speech disorder.

Tadano, the male MC becomes friends with Komi through writing to each other (her only way of communicating). And he helps her overcome her anxiety, self confidence issues, and slowly she’s able to get her words out.

It’s a wholesome series with a different take in the school/slice of life genre. 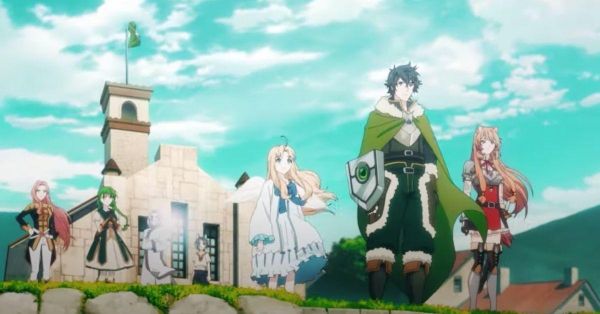 The Rising Of The Shield Hero is a name many recognize for different reasons. One of those reasons being the ridiculous controversy that came with its release in 2019.

The is about a man who’s falsely accused of r*pe, and the aftermath of living with this false accusation attached to his name.

The way he deals with his pain, his struggle, and how he matures and becomes a stronger man is what makes his story and the so attractive and unique.

It’s set in an world.

Season 2 will continue his story along with his companions, and may have more controversy on the way.

It’ll be one of the biggest during Spring 2022. 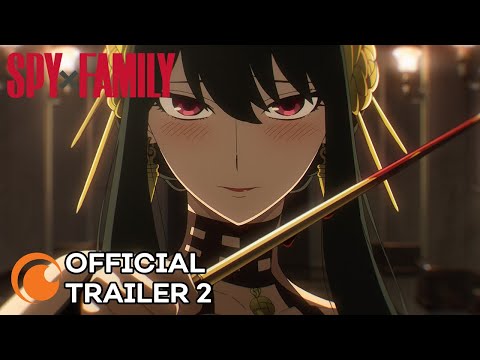 Spy x Family is another unique coming to Spring 2022, and one adapted from a popular series.

It’s about preventing war and dealing directly with extremists and warmongers to do so. Even if that means killing.

Mystery, investigations, and things of that nature are the main themes you can expect from this .

It’s gonna be a big one to watch out for, done by Cloverworks. 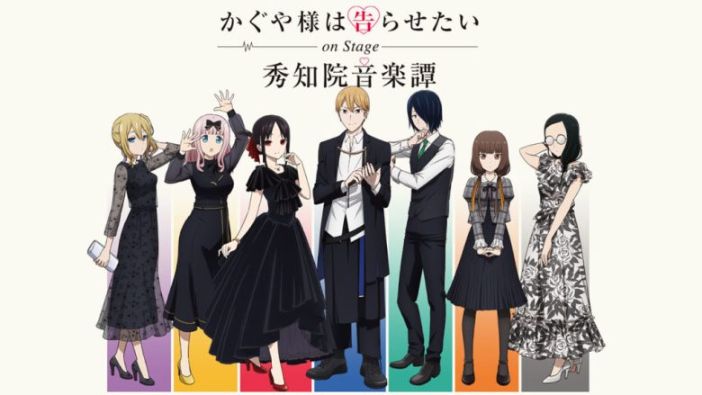 Kaguya Sama is an about Shinomiya and Shirogane, both in the student council, and both who fancy each other.

They go to extremes to avoid revealing their feelings to the other, and inf act spend their time trying to manipulate the situation to make the other confess.

That’s the charm of this . Its approach to romance and comedy is different, and even ridiculous.

Season 3 will be airing during Spring 2022 continuing the shenanigans.

6. Shikimori’s Not Just A Cutie 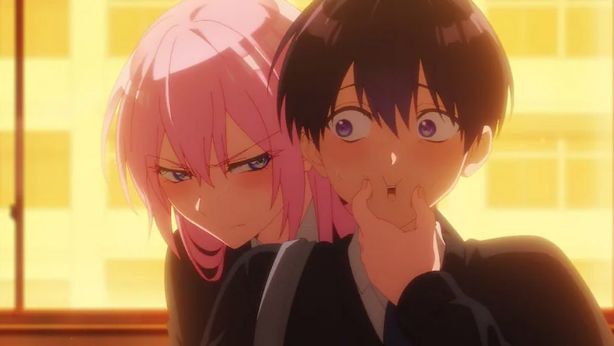 Shikimori Is Not Just A Cutie is really all in the name. It’s a romance series adapted from a , and one that is wholesome and chilled.

Izumi’s girlfriend Shikimori is a girl who knows what she wants and knows how to get it. Sometimes she’s intimidating, and a lot of the time they flirt wherever they go.

You can think of this like Banished From The Hero’s Party or Tonikaku  when talking about the romance,  the sweetness, the humor, and the focus on couples.

7. Ascendance Of A Bookworm S3

Ascendance Of A Bookworm is an series about Myne, a girl who worked herself to death before she died in the past.

She loves books and is reincarnated in a world during an era where BOOKS are hard to come by. She’s poor and grows up in a poor family.

Luckily for her she knows what the future is like since she comes from that time period, and so she makes products like Moisturizer, hand creams, hair clips, and more to make money so she can buy books.

Entrepreneurship and business is a strong element of this , as is inventing. And S3 will continue the story of this underrated, quality series. 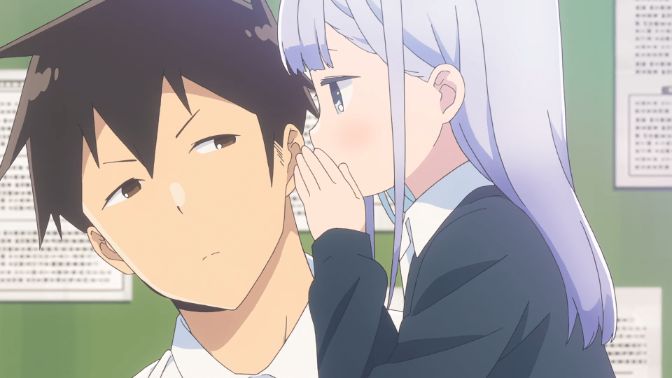 And we’ve got another romantic comedy with the  Aharen Is Indecipherable. A peculiar title (and series) adapted from a .

Reina Aharen is the female character. She’s quiet, introverted, and not the most outspoken person.

Raido is the male MC who’s of course different, and the focuses on the romance and interests between them, though more subtly than an like Shikimori Is Not Just A Cutie.

Black Rock Shooter is an that released years ago and hasn’t had anything new since. But now that’s changing.

This spring 2022 comes a new season of Black Rock Shooter, a thought provoking with creative elements, plenty of imagination, and relatable characters. 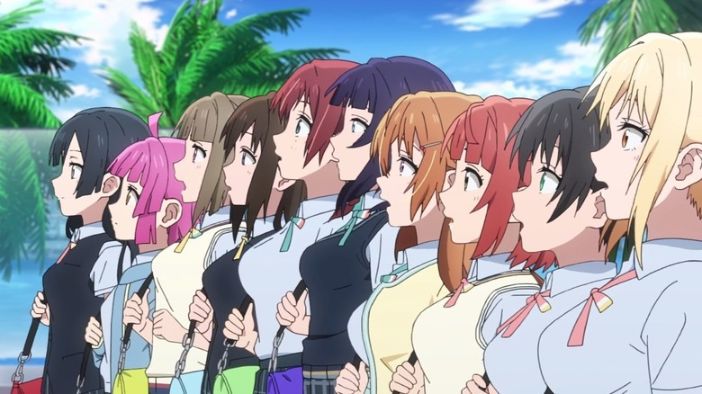 And finally there’s Love Live Nijigasaki S2. A new version of the Love Live franchise yet again. With new characters, girls, music and the like.

The main character is Yu, and her childhood friend Ayumu. They’re trying to save their schools idol club. A familiar theme in the Love Live franchise.

Sunrise is the studio behind the first season, so it’s assumed they’ll be taken the lead this season as well. 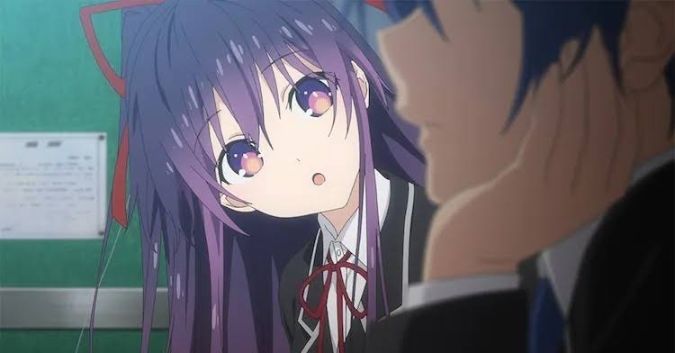 Date A Live is an Ecchi/harem style series with romance being the main trigger, and a necessary one for the PLOT.

Shidou Itsuka, the MC, has to essentially “kiss” girls to save them in one way or another. Girls who are spirits.

Things have changed over the seasons of course and season 4 will take things further from where S3 left off.

And there you have it. These are the MAIN shows to look forward to in Spring 2022. And probably the biggest ones as well.

There will be a dozen or so more, but this list is the main highlight.