“Long before our time, the sky father OLORUN ruled over the realms of man. Before his passing, he rained down some of his miracles in the form of seeds known as Orisha Seeds.

When consumed it grants beings the ability to perform great miracles. Since then many have set out in search for these seeds to absorb their power and claim the title of “Orisha” (God).”

Among the latest HOT new series from the World’s MOST DIVERSE Shonen Comics anthology, Saturday AM, “ORISHA” is sure to dazzle you. 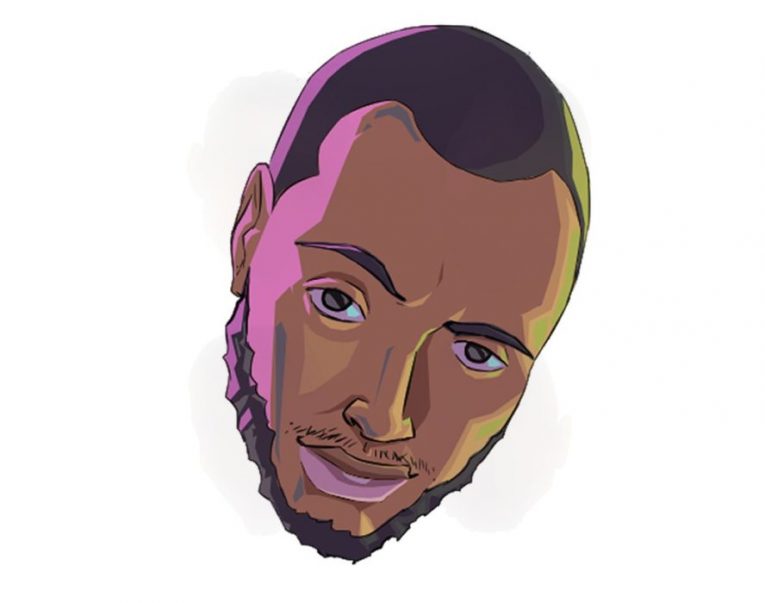 Created by Nigerian creator Huzafya Umar it’s a magical story that features an ALL AFRICAN cast!

Unlike the typical Japanese based , Orisha takes place in Africa where we are introduced to mythology and themes that most people probably aren’t aware of.

We’re excited to be able to interview Huzafya and how he came up with the inspiration for this unique .

1. After reading the first chapter of the comic, I have to say that I really like the overall concept. What was your inspiration behind the story? 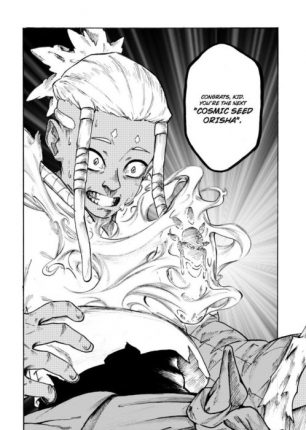 I always loved stories of lore, myth, and history. So I wanted to write stories inspired from those elements. Because there have been countless stories of Greek, Egyptian and Christian mythology.

I didn’t wan t these to seem generic.

As I am not well versed on the topic, Frederic L Jones (Publisher of Saturday AM) told me something important:

“Write what you know and love.”

That was very eye opening to me.

I realized that i don’t know much about other cultures and not much is known about African history. Especially in the realm of comic/.

Taking all that to heart, I developed a story to help introduce and educate people from diverse backgrounds about my culture.

It involves Nigerian mythology and is inspired by the infamous Yoruba myth of the Orisha, as well as a mix of my own cultural beliefs and life experiences.

Orishas are the name used to represent African myth gods, especially from the Yoruba culture, just like how the Greeks call their mythological gods Titans and Olympians.

But in this story, I’m trying to depict, “ORISHAS” as mere mortals that have consumed or rather merged with the seeds that contain powers of the all-father OLORUN.

So, yes, it is based on mythology and lore but I am introducing a twist to make for a better story so more people and non-Africans will better understand.

2. What is the meaning behind the name “Orisha” and “Aboki”? (The Main Character)

Orishas are the name used to represent African myth gods, especially from the Yoruba culture, just like how the Greeks call their mythological gods Titans and Olympians.

But in this story, I’m trying to depict, “ORISHAS” as mere mortals that have consumed or rather merged with the seeds that contain powers of the all-father OLORUN.

So, yes, it is based on mythology and lore but I am introducing a twist to make for a better story so more people and non-Africans will better understand.

As for “Aboki”, the name stems from my Nigerian background. Out of the numerous tribes that are in Nigeria, I originate from a tribe known as the Hausa.

The word “ABOKI” means “friend” in my culture and I plan on using that reflect and build on the main character’s positive attributes.

3. WHAT DRIVES YOU TO BECOME A ARTIST?

I’ve always loved cartoons and drawing from a young age, I’ve wanted to play a role in creating stories.

Over the past few years, I’ve become more dedicated to pursuing this seriously and Saturday AM has given me that chance.

I want to create something that can excite people and will be respected the way that other diverse creators are such as fellow Nigerian – Whyt (creator of Saturday AM’s APPLE BLACK).

4. The idea that the main character is looking for validation for his “skin” color feels deep rooted and fresh. Are Aboki’s insecurities parallel to your own experience?

To some extent, sure. ABOKI’S insecurities are somewhat parallel to mine. I don’t have the same skin pigmentation that he has but we all have things we are insecure about.

I have witnessed people being treated so harshly because of that and it is heartbreaking.

I made Aboki’s insecurity visible on his face so it could not be hidden and through the character, I hope people will see how he overcomes his insecurity.

Both young or old readers should be able to relate and understand that it is okay to be born different. That one should learn to accept their natural birth defect will inspire others.

5. HOW IMPORTANT DO YOU FEEL THIS /COMIC IS FOR DIVERSITY IN THE INDUSTRY?

If I execute this story well enough, I hope it will be a major contribution to diversifying the /comic industry.

Apart from Black Panther which is an American comic book, there aren’t that many stories like this within the realm.

With Saturday AM making DIVERSITY MATTER in the industry, my goal is to help educate readers on the different cultures Africa has to offer.

The Eastern world knows very little of our background and Mythology and I hope our efforts will help bring more stories like ORISHA to the larger community.

Related: Is Your Country Listed As One Of The Biggest Fans Of Manga? Find Out Now!

6. WHAT STARTED YOU ON YOUR JOURNEY OF CREATING ?

After my first semester of studying architecture in college, I disliked the course, as I did not have a passion for it but my parents would never accept doing art as a career choice.

I knew I would most likely never be able to live in Japan. Something Frederick says a lot, is that not a lot of foreign people get published in the Japanese industry, so I made the decision to focus on architecture and stop creating comics.

A few weeks later, however, I stumbled upon a Whyt Youtube video talking about a magazine called Saturday AM.

It blew my mind that there were people with similar ambitions. I found out more about them and I wanted to be a part of this amazing community.

I took a few years developing my craft both art and storytelling and then entered their art tournament in 2018 called Saturday AM presents March ART Madness.

I finally got the chance to work with them in an internship program for their 2019 March ART Madness and #summerofmanga event.

The experience went well and I got great feedback from Andrea Doney, creator of SAIGAMI to use for a short story I created called MYTH CASTERS (i.e. debuting in Saturday AM #106).

I guess I impressed them and the fan response was decent because three months later I was offered a publication deal and the rest is history.

So in all, I have Saturday AM to thank for getting me started. I am super grateful for the opportunity to work with them.

Currently, I am very active on Instagram @zayf_illustrations, and my brand new series “ORISHA” is published on Saturday AM where I made my debut in issue 115 of Saturday AM’s magazine.

We recently launched a brand new Saturday AM Mobile App and it is amazing!

It contains over 50 pieces of content and so if you want to see my work as well as other diverse creators you can support us by downloading the app.

Thank you so much for your time.