Anime characters with purple eyes. This is a unique one and isn’t the most common you’ll find in the industry.

Eye colors like black, brown, blue are more frequent. And characters with purple eyes look distinctive because of their features and their overall design. 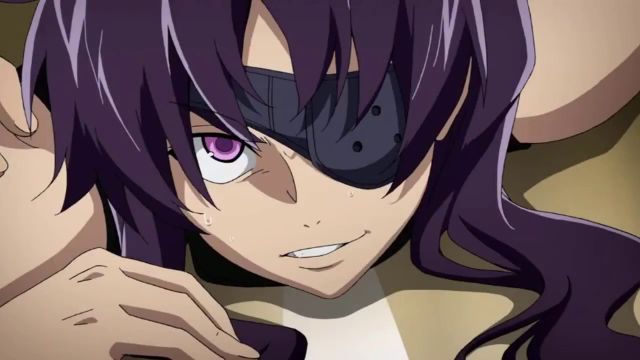 Uryuu Minene is one of the most relevant characters in the Mirai Nikki (Future Diary) series. She’s a bit of a savage and more than just on the aggressive side.

Having a rough upbringing has hardened her heat and made her rough around the edges, but there’s still a sweetness to her character when she lets her guard down and isn’t so defensive.

Her eye patch is a common look after the first few episodes. 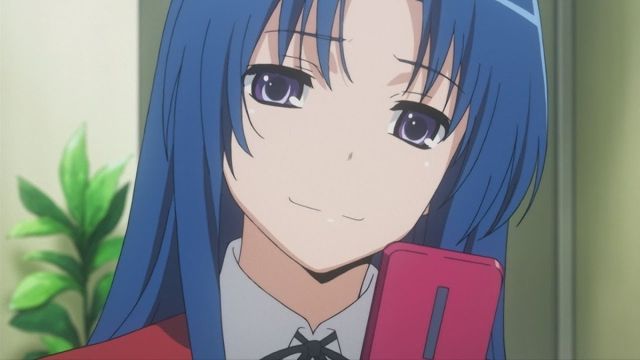 Ami Kawashima is a character I liked the least from at some point. She plays a somewhat important role after showing up.

With blue hair, purple eyes, and a prickly, straightforward attitude, not many like her. And this is referenced with her quote about “it’s hard to like my when I’m being myself”.

This is a relatable part of her personality, and she does serve a purpose in this rom com series. 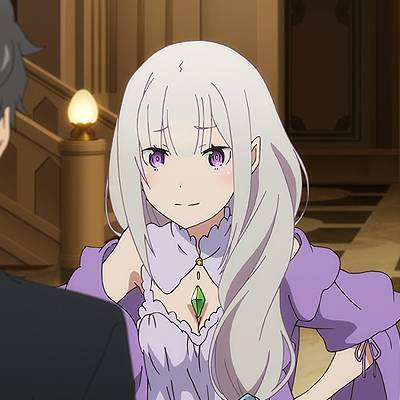 Emilia is the main waifu of the Re:Zero . She’s the one who’s chosen by Subaru Natsuki from the first episode of the series.

Being a half witch, she’s misjudged a lot despite her not being who people think she actually is. She’s also a little childish in some ways, like when it comes to romance.

Emilia’s main quality is her gentle persona and caring personality. And she’s far from a damsel in distress as she’s competent and skilled. 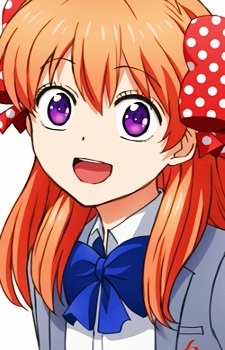 She’s shy, blushes a lot, and is interested in Nozaki who’s a artist. But the is written in a parody style so the romance ultimately doesn’t go anywhere. That’s the point. 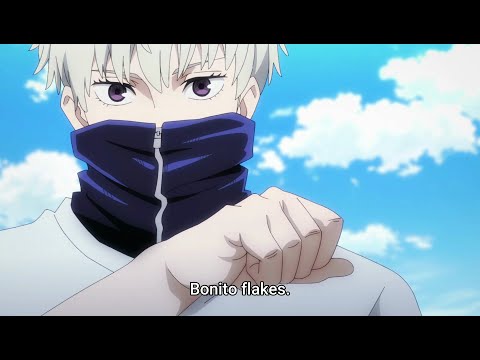 Toge Inumaki is a character who’s more than he looks and appears. Because of his strange ability, he speaks in code to avoid triggering his powers.

This of course makes for a good laugh and some good comedy in Jujutsu Kaisen, and it makes Inumaki a distinctive character. Especially as far as the sorcerers in JJK.

6. Lucifer (The Devil Is A Part Timer) 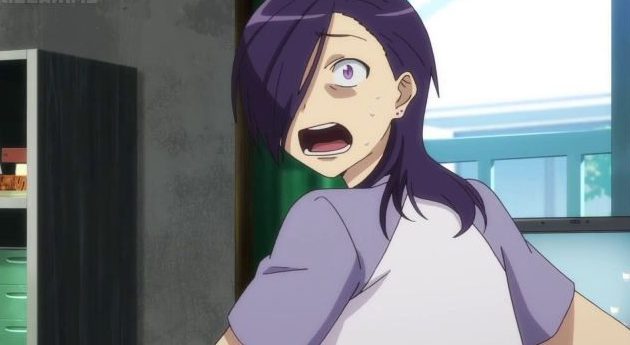 Lucifer is one of the side characters of the show, and temporarily one of the villains in the … Which is an irony given the set up of the show.

This character shows up later and even though he’s a loud mouth at first, Lucifer is actually intelligent, smart, knows how to use computers, hack, and is nifty.

His set of skills are completely different to other characters. 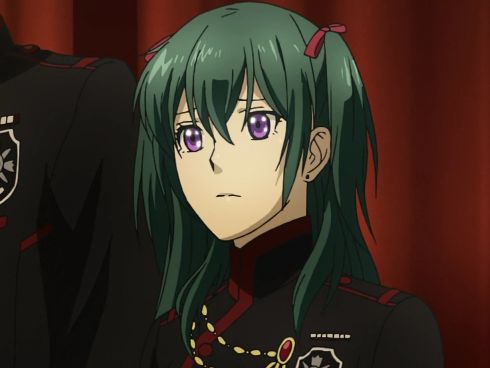 Lenalee Lee is a main girl in the D. Gray Man series, a shounen that’s underrated and highly appreciated by its fanbase.

Lenalee, just like other characters in the , work for the black order. It’s an organization in London (with worldwide branches) that works to exercise demons called Akuma.

She might appear to be sweet, but she’s also a serious character who will hold others accountable, especially friends, and is far from a selfish person.

Related: 22 Of The Most Unique Green Haired Anime Girls Ever Seen In Anime

8. Princess Yona (Yona Of The Dawn) 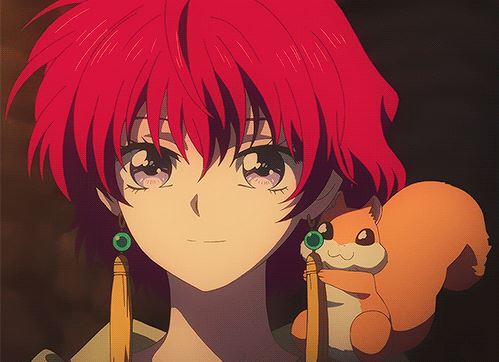 Yona, or princess yona as she’s called in the beginning of the , is on the run after she was almost killed on her home turf.

Yona’s progress is one of the best in regardless of gender, and the series needs a 2nd season. 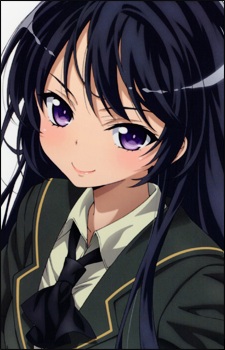 Yozora Mikazuki is a viscious, malicious character in the Haganai series. She’s like this only with girls she see’s as competition.

She’s seen bullying Sena, a blonde haired character at parts of the , and she cop blocks the main character’s interest in Sena.

You can tell Yozora does have decent parts to her personality, but she spends too much time being bitchy and getting bent out of shape.

She’s a little different around Kodaka, the male character. And his sister as well.

Relevant: If You Want To See Anime Characters With Black Hair, Here Are 34 Of The BEST 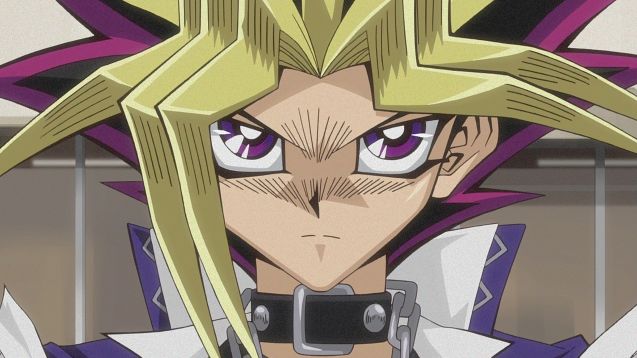 Yami Yugi is the “person” living inside the main character called Yugi in the Yugioh series. He came from a treasure.

Unlike the original Yugi who seems more fragile and weak, Yami Yugi is clearly on another level, more confident, wise, and insightful.

Yami’s hair is a sight to see in itself, and his purple eyes makes his character design different.

Akatsuki is the ninja/assassin type of character in Log Horizon, and she works directly with Shiroe who’s a strategist.

She insists on calling Shiroe master, and is loyal to a fault. She doesn’t mince her words and will attack anyone who shows the slightest bit of disrespect.

In the real world Akatsuki is older than her avatar looks, and even taller. But that’s she choice she made within the game called Elder Tales. 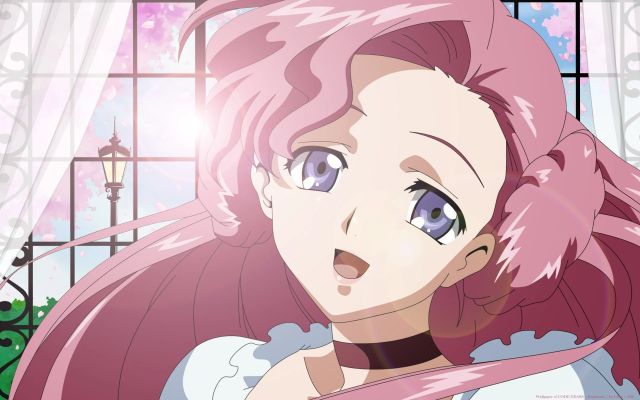 She plays an important but sad role in the coming events of the first season.

Euphemia is similar to the princess in the  Aldnoah Zero. Her intentions are genuine, her heart is pure, and her motives have no malice.

She’s a good person inside and out, and only wants the best. 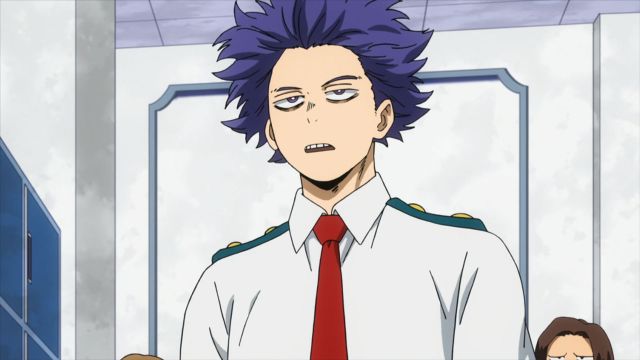 Shinsou is a character we all know and like by now in the MHA series. His first battle with Deku was intense, and it showed off his power to the people.

Later on in season 5 we see him again and he gets some shine. He’s the type of guy who never gives up and finds a way to use his talents the best ways he can.

He’s self reflective and not stubborn like Bakugo or similar characters. Isabella is the leader of the human “farm” that’s being run in The Promised Neverland. But the kids are being told different.

They all think it’s just a place they grew up, and they see Isabella as their mother. And she plays the role better than anyone.

When the hints show up, you can see Isabella has a menacing smile and there’s something behind her overly kind persona. 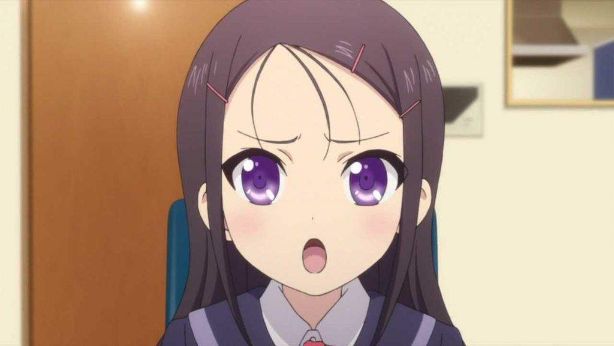 Ayumi is the little sister of Yuu Otosaka, the mian character of the Charlotte series. Made by P.A Works. She has big purple eyes.

She always cooks and makes food for Yu and herself, but it’s always the same food and done in a similar style. It’s not the best, but she always ties her best and that’s what makes likable as a sister.

She also plays an important role in the for different reasons. 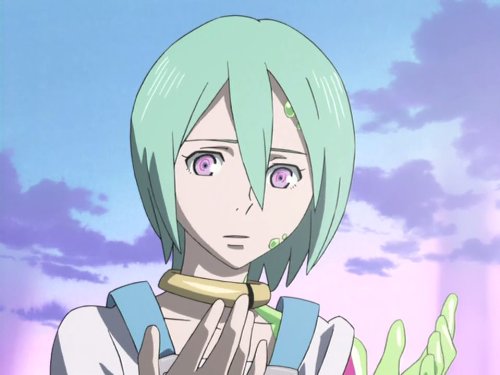 Her past runs deep, and there’s a lot to digest and dissect from her characteristics and what’s happening in the plot of the surrounding Eureka.

One thing that can be said is she’s completely different, and she’s a well written female character who’s underappreciated. Erina Nakiri is a blondie with purple eyes from Food Wars, and ends up being one of the biggest Tsundere’s of the . In fact she’s what you’d call “Himedere” because of her princess syndrome.

She acts stush, important, and has a sense of almost arrogance to her personality, depending on the circumstances. Bu that’s all a façade of her acting out mostly.

She’s one of many Waifu’s from Food Wars. 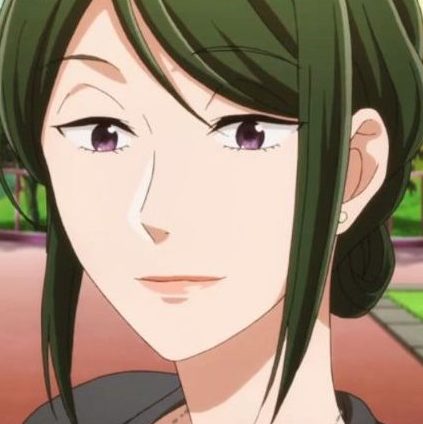 Hanako Koyanagi is one of the main girls of this slice of life series, and is the girlfriend of Tarou, an orange haired character.

At work she’s a professional and handles herself well. She’s dressed to fit the part and has a classy sense to her style.

Like other characters she’s an Otaku and she loves Yaoi and in particular. 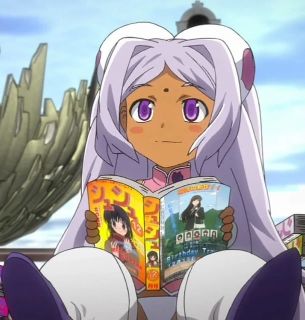 Muru Muru is the character who lives with God in the , so she has a lot of power herself. She over see’s all the chaos and drama between diary users.

Just as her appearance suggests, Muru Muru is childish, energetic, fun, and always bouncing off the walls.

She has light brown skin. 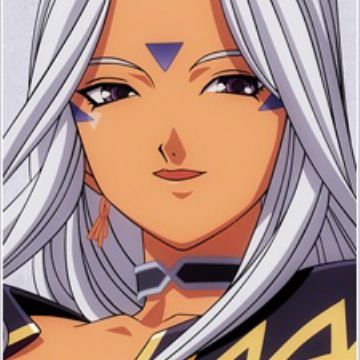 Urd is a literal goddess, and a brown skinned one at that with white hair and purple eyes. She’s the sister of Belldandy from the same , who’s also a goddess.

Her personality is that of someone who likes to tease others, can be cautious, and is much wiser than she seems. She looks after Belldandy, her sister. 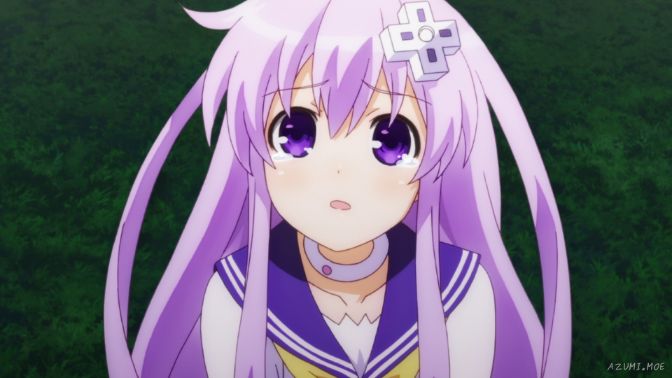 Purple hair and purple eyes. Nepgear is the little sister of Neptune, but she’s more than Neptune and is often seen as the older sister because of it.

She’s more on the soft side, doesn’t like fighting necessarily, and is more of the nurturer. Neptune is the opposite as she’s a rebel, enjoys fighting, playing games, and slacking off.

Nepgear is more responsible in that way and not laid back.