There is a case for reverse harem characters though.

And everything in between that’s relevant and on point. 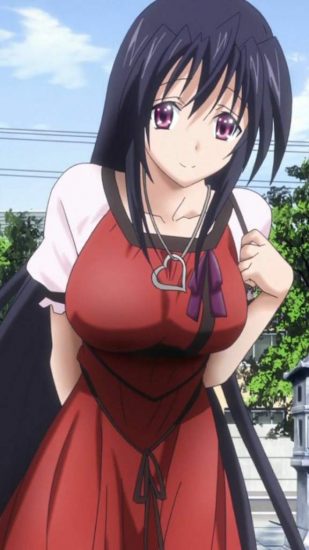 This one is so common it’s a cliche beyond cliches. There’s enough memes to go around when talking about “Ara Ara”.

The term itself means “oh my” or any variation of that phrase. It’s to show surprise, usually in a playful setting and at times even sarcastic and teasing.

The character who fits this cliche is Akeno from High School DxD.

Not all characters who fit the “Ara Ara” harem character type are older women or young women, but many are. Though the age range goes from high school (usually older) anywhere up to women reaching their 30s. 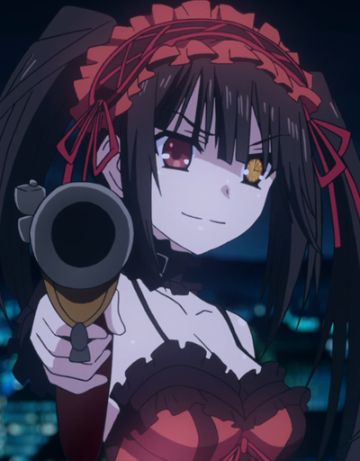 We’re all familiar with the Yandere trope. It’s equal to the Tsundere trope as far as popularity. In some harem shows though not the majority, you have the Yandere girl who forms a part of a harem.

One example of this being the case is Kurumi Tokisaki from Date A Live. She starts out as a sort of villain and becomes part of Shido Itsuka’s harem later down the line.

She’s also one of the most famous Yandere in the anime industry.

My neighbor is a Yandere?! | Dating Sim Game Start Playing Now
We earn a commission from Amazon & other affiliates if you make a purchase at no additional cost to you. 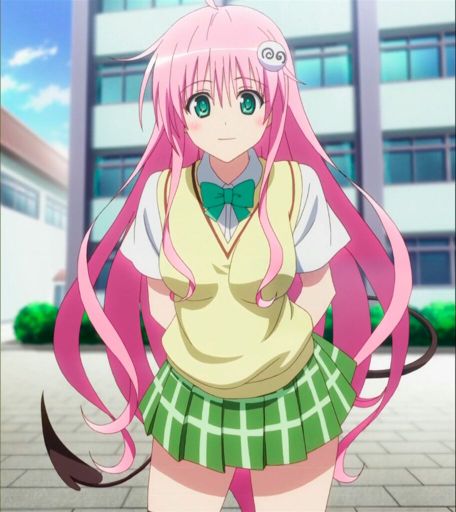 Here we’re talking about the anime girl who becomes part of a harem who’s too honest and straightforward to a fault. Even if it comes to sexual matters.

She speaks to the MC in a straight tone and holds nothing back so the message can’t be construed. Basically, this type of harem girl is what the MC should actually be like in a way.

Lala Satalin from To Love Ru is an example of this.

4. The childhood friend who never succeeds 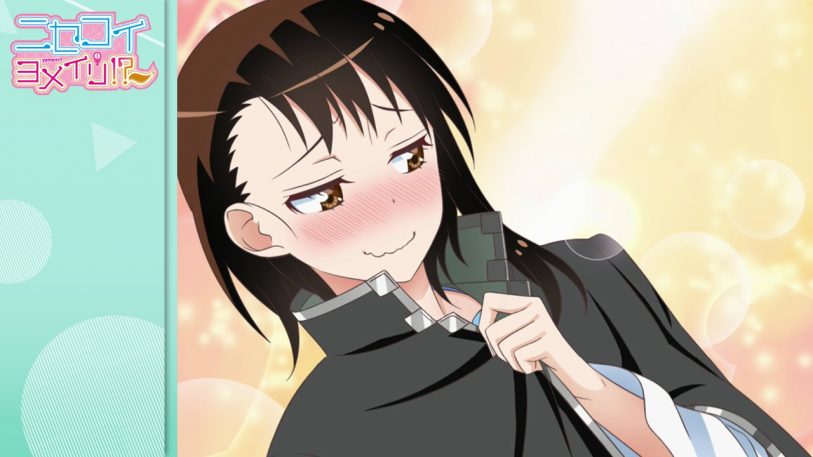 Nisekoi is the best example I can think of off the top of my head. It’s a perfect setting and a harem series as well.

The main characters Ichijou and Chitoge are from opposing families who are gang affiliated. They propose a relationship and claim they like each other, but it’s to quell the tension between both sides and it works.

Kosaki Onodera is the childhood friend in this scenario, and typically she’s also the one who fails to get what she wants despite being the best girl and the best fit, originally. 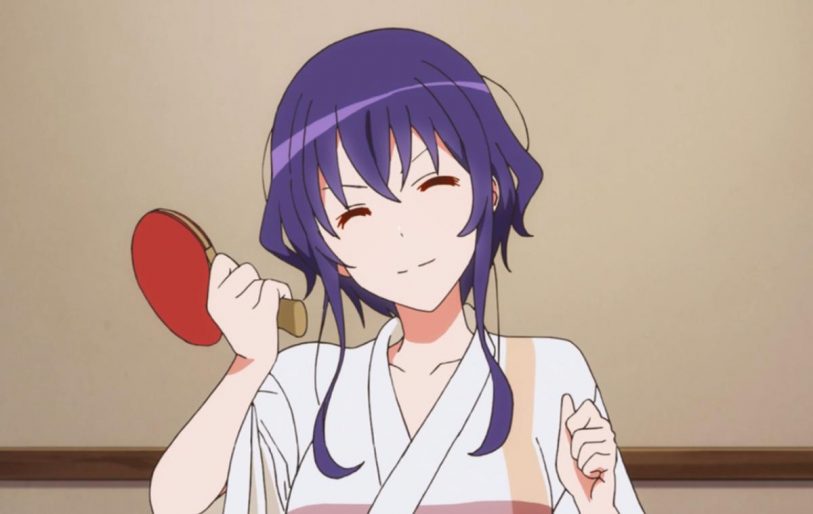 Yes, we’re talking about Incest here. I mean what else is it? One example of this being a thing is the anime How To Raise A Boring Girlfriend.

The character in question is Michiru Hyodo. She’s Tomoya’s cousin and childhood friend who shows up later in the first season of the anime. Being a harem series Michiru in particular has her own cliches.

The harem itself involving the cousin doesn’t “go there” at all, but it’s still a harem character type relevant to the conversation. 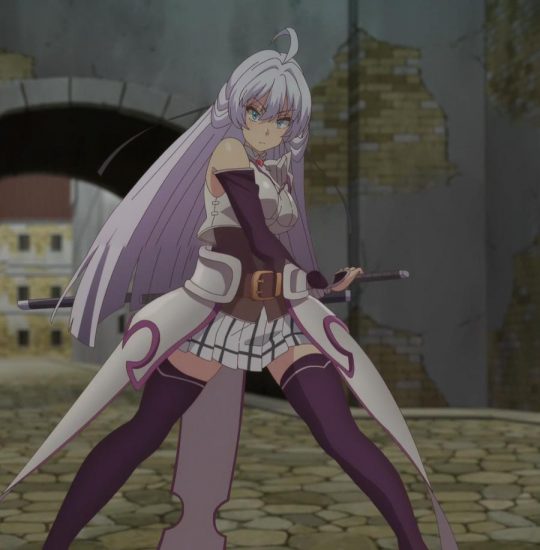 Redo Of Healer is controversial and politically incorrect for its own reasons. Many of them. While it’s a fantasy/magic style of anime, it’s also Ecchi and harem, too.

Keyaru’s crew expands throughout the anime, adding more girls to his roster so to speak. And one woman called Kureha Clyret is a woman who fits the “morally upstanding” harem character type.

She’s a knight and a swordswoman just like Scarlet from . She has high morals and standards, and before knowing the truth was willing to lay down the law as far as Keyaru goes.

She’s the only character in the anime who hasn’t been corrupted in some way, shape, or form, and that’s regardless of her painful past. 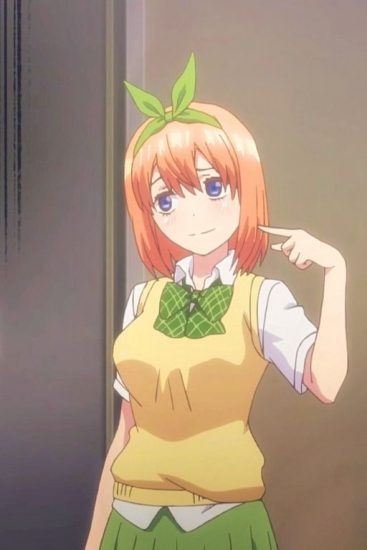 We can use the character Yotsuba from Quintessential Quintuplets for this example. She’s the airhead of the series and one who’s intensely optimistic, kind, a people pleaser, and a little absent-minded.

She’s smarter than she appears though and is the most caring of the group.

The airheaded” klutz” trope is common in harem anime. 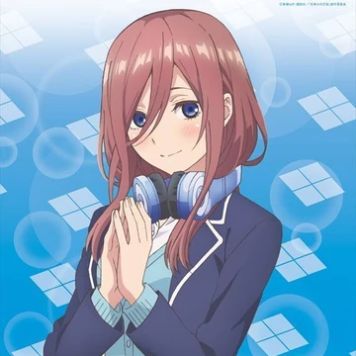 We may as well use Quintessential Quintuplets again since it’s so useful. The introverted girl who represents this character type is Miku Nakano. She’s one of the 5 quintuplets of the anime.

Miku wears headphones a lot and is hardly without them. She’s shy, introverted, and not the most confident out of all the sisters. But she is also one of the kindest alongside Yotsuba.

She’s also a sensitive character like her other sister Nino Nakano.

Sena from the anime Haganai: I Don’t Have Many Friends is a strong contestant for Tsundere characters in harem-based anime.

She has a fang, a typical feature of certain Tsunderes. She’s also one who gets progressively better as the anime progresses through character development and decent writing.

This is of course ruined (attempted) by Yozora, the other “harem” girl of the series. 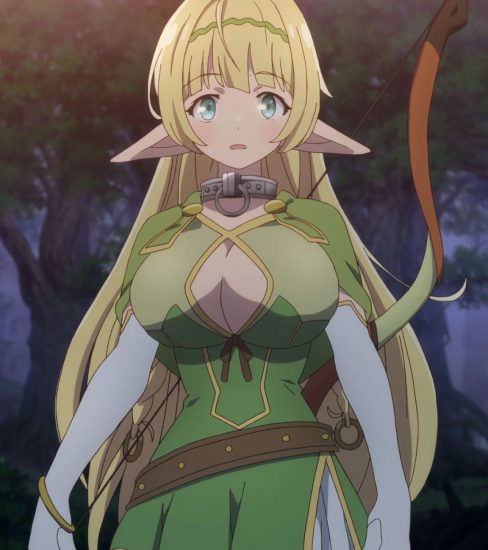 We’ll use Shera for this point. She’s from the anime How Not To Summon A Demon Lord. She’s one of the two girls who kiss Demon Lord Diablo, which binds them by a seal as he enters the new world.

Shera is loud, airheaded, has big oppai, is blonde, and of course extroverted without question. She’s basically a walking cliche that fits more than one harem type into a single character.

She’s also more shameless than most! 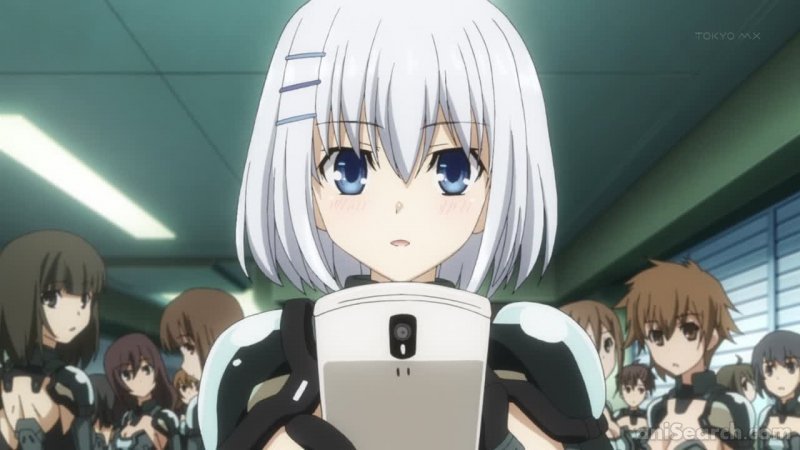 Origami from Date A Live is definitely a smart character and is classed as the “genius” of this anime series. She’s also a Kuudere, which are sometimes characters who fit into harem character types

Being a girl in love she’s willing to go to lengths when the situation calls for it. But outside of her feelings for Shido, the main character, she’s actually emotionless most of the time except when fighting Spirits. 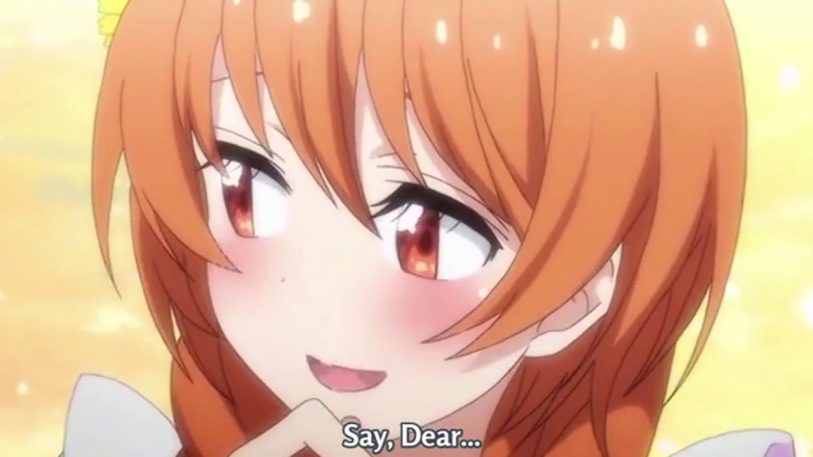 Marika Tachibana from Nisekoi has to be one of the best examples here. She shows up later on in the Nisekoi series, maybe the beginning of season 2.

She shakes up the plot and unlike other girls in the series, she’s straightforward, very aggressive when pursuing what she wants (romantically especially), and is a bit cheeky as well.

She’ll either warm on you as she’s introduced, or you’ll find her too overbearing. Either way she’s a harem girl type who doesn’t beat around the bush and isn’t afraid to say what she feels. 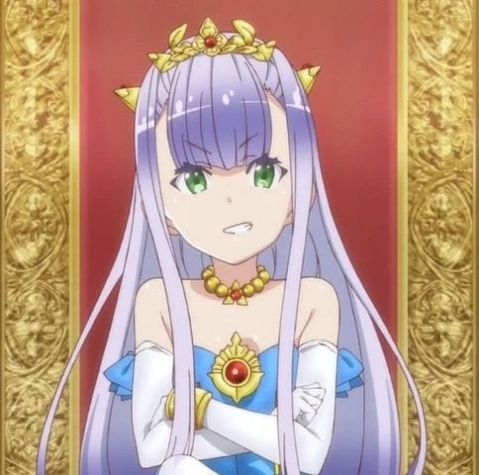 Petralka Anne Eldant from the anime Outbreak Company fits the short girl harem character type. She’s an important figure in the anime being an empress and all, and she’s one of the smallest in the series.

She gets embarrassed a bit and tries to play it off, which is another cliche these anime are known for displaying.

The anime itself actually isn’t bad for a harem series. 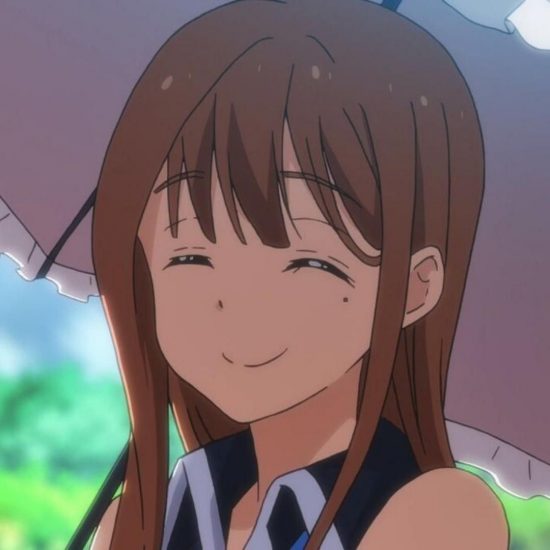 For this last character type, we’ll look to the anime Masamune Kun No Revenge. Masamune Makabe used to be a fat kid and the girl of his dreams rejected and dissed him to his face for it.

One girl in this harem series called Neko Fujinomiya is “the forgotten” childhood friend. She’s also ruthless in her pursuit of love to a fault.

Harem Heroes Game Start Playing Now
We earn a commission from Amazon & other affiliates if you make a purchase at no additional cost to you.