Hajime No Ippo is a classic boxing anime, the best of its kind. With plenty life lessons.

The show is produced by Madhouse and MAPPA.

If you want some relatable quotes and meaningful lines from this anime, this is for you.

Here’s the best quotables worth sharing. 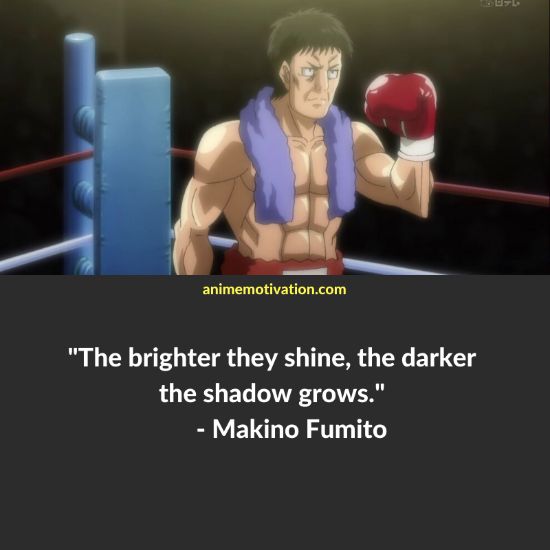 “The brighter they shine, the darker the shadow grows.” – Makino Fumito 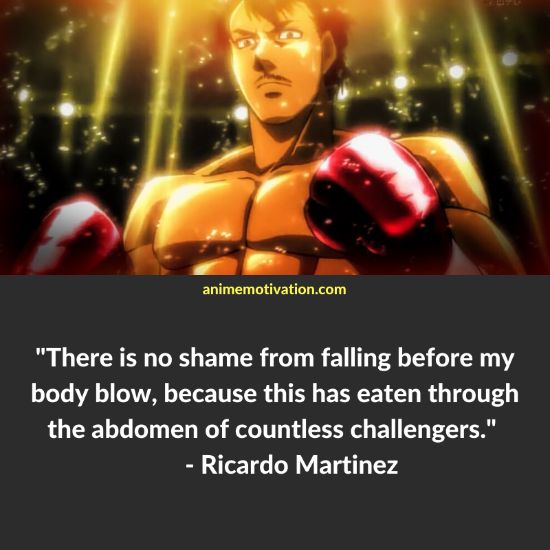 “There is no shame from falling before my body blow, because this has eaten through the abdomen of countless challengers.” – Ricardo Martinez 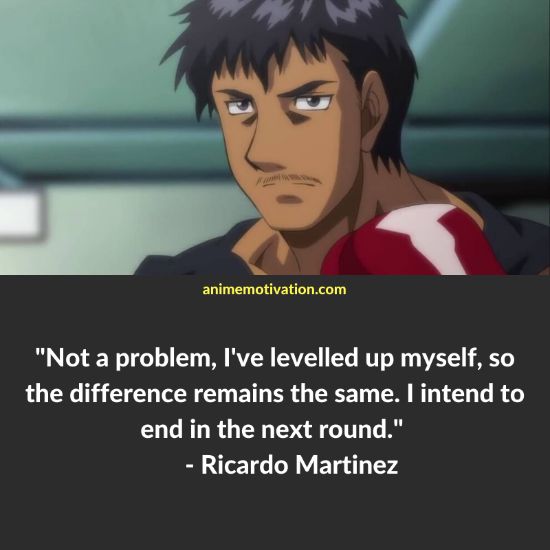 “Not a problem, I’ve levelled up myself, so the difference remains the same. I intend to end in the next round.” – Ricardo Martinez 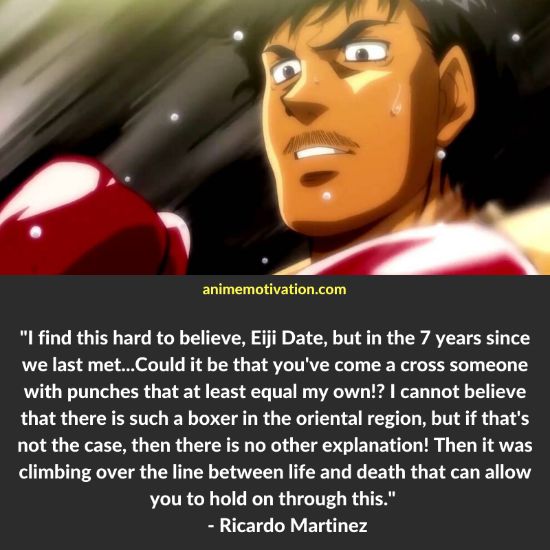 “I find this hard to believe, Eiji Date, but in the 7 years since we last met…Could it be that you’ve come a cross someone with punches that at least equal my own!? I cannot believe that there is such a boxer in the oriental region, but if that’s not the case, then there is no other explanation! Then it was climbing over the line between life and death that can allow you to hold on through this.” – Ricardo Martinez 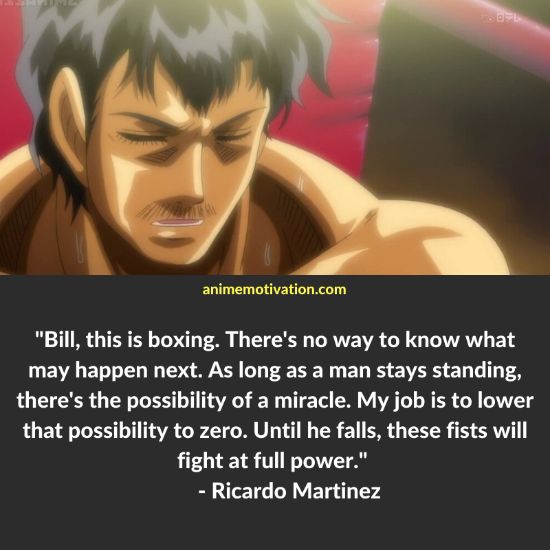 “Bill, this is boxing. There’s no way to know what may happen next. As long as a man stays standing, there’s the possibility of a miracle. My job is to lower that possibility to zero. Until he falls, these fists will fight at full power.” – Ricardo Martinez 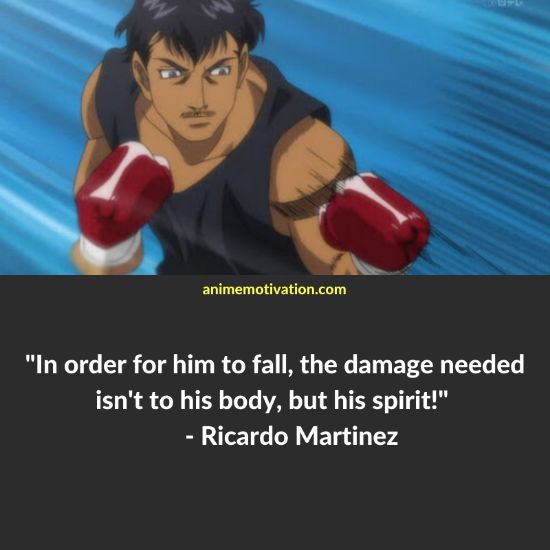 “In order for him to fall, the damage needed isn’t to his body, but his spirit!” – Ricardo Martinez 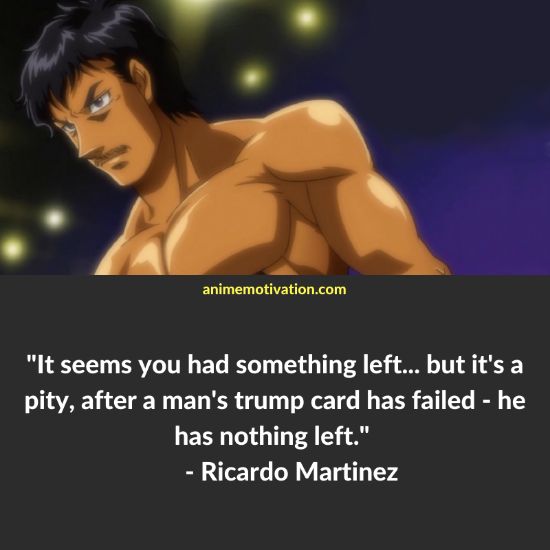 “It seems you had something left…but it’s a pity, after a man’s trump card has failed – he has nothing left.” – Ricardo Martinez 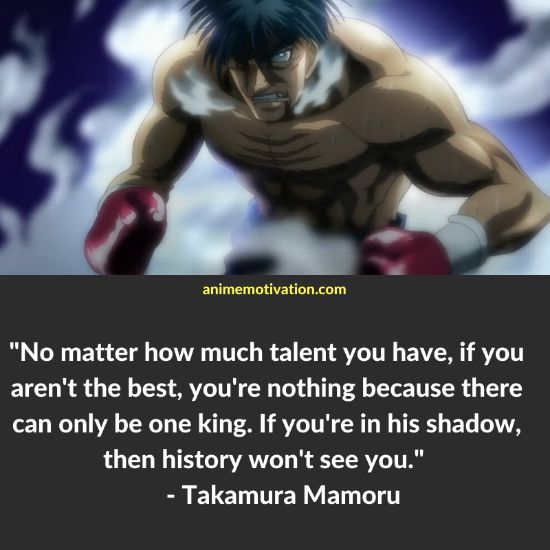 “No matter how much talent you have, if you aren’t the best, you’re nothing because there can only be one king. If you’re in his shadow, then history won’t see you.” – Takamura Mamoru 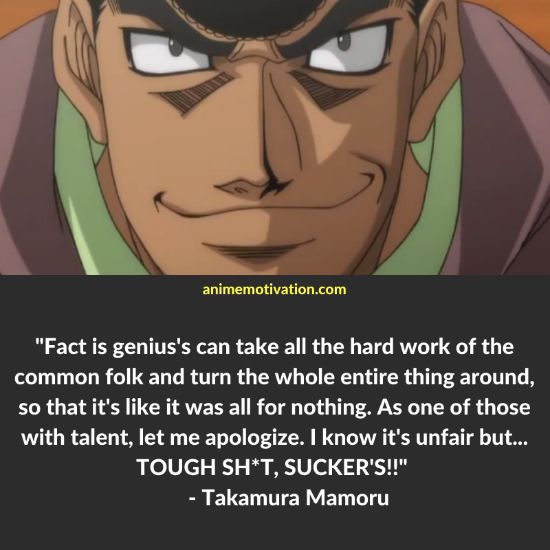 “Fact is genius’s can take all the hard work of the common folk and turn the whole entire thing around, so that it’s like it was all for nothing. As one of those with talent, let me apologize. I know it’s unfair but… TOUGH SH*T, SUCKER’S!” – Takamura Mamoru 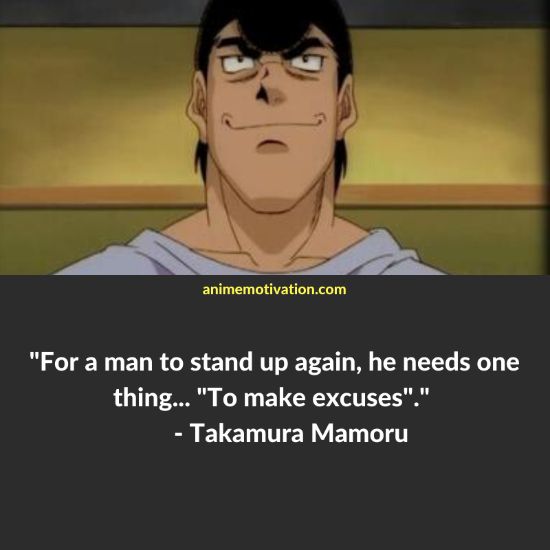 “For a man to stand up again, he needs one thing… “To make excuses”.” – Takamura Mamoru 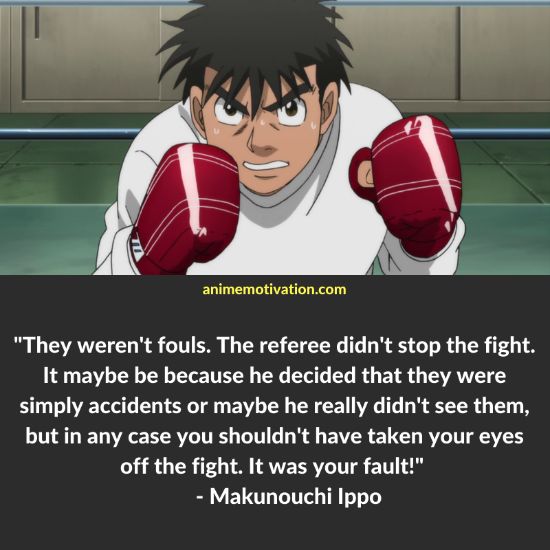 “They weren’t fouls. The referee didn’t stop the fight. It maybe be because he decided that they were simply accidents or maybe he really didn’t see them, but in any case you shouldn’t have taken your eyes off the fight. It was your fault!” – Makunouchi Ippo 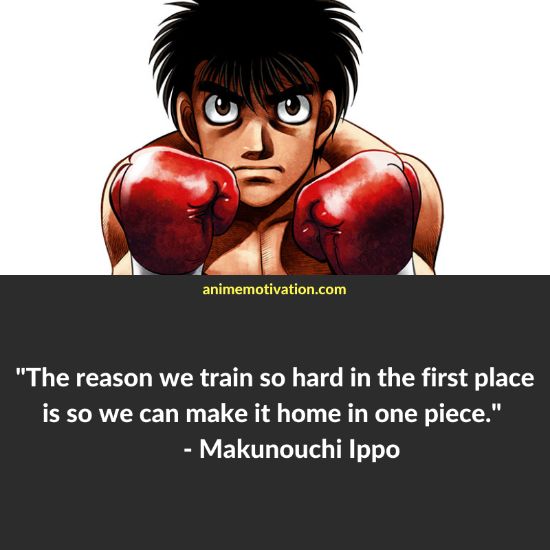 “The reason we train so hard in the first place is so we can make it home in .” – Makunouchi Ippo 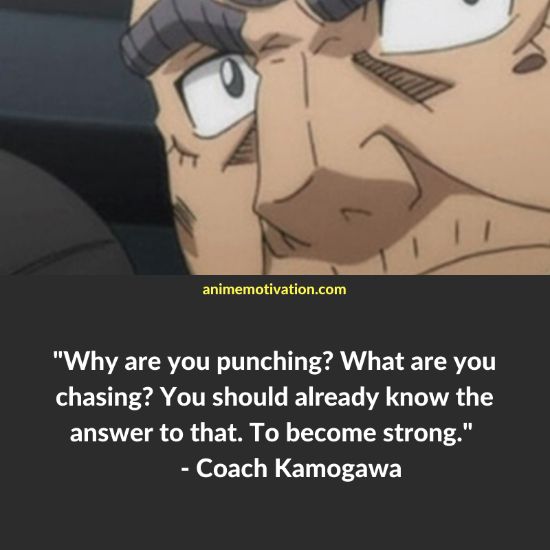 “Why are you punching? What are you chasing? You should already know the answer to that. To become strong.” – Coach Kamogawa 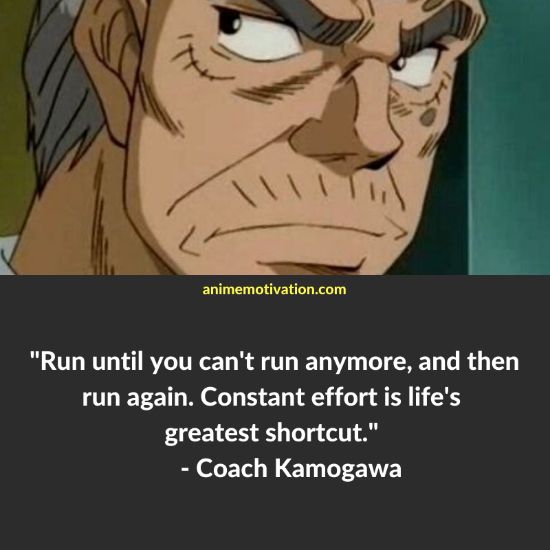 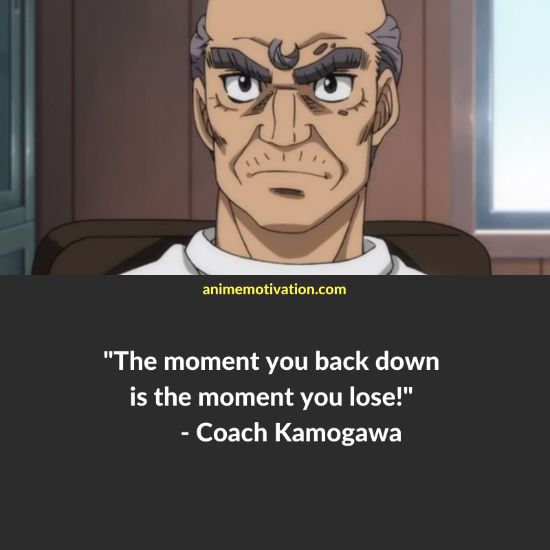 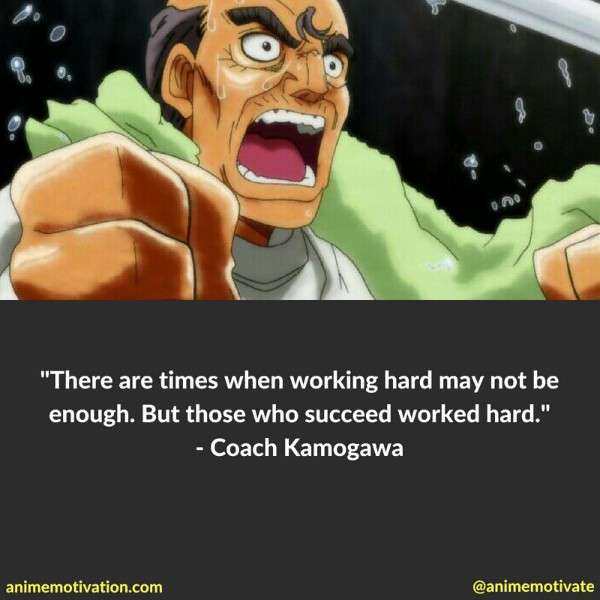 “There are times when working hard may not be enough. But those who succeed worked hard.” – Coach Kamogawa 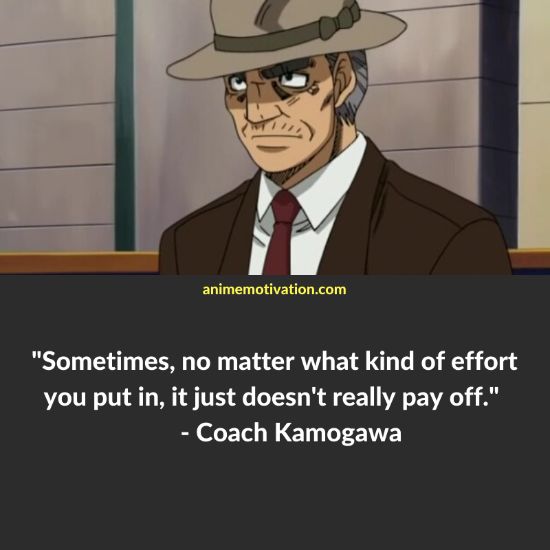 “Sometimes, no matter what kind of effort you put in, it just doesn’t really pay off.” – Coach Kamogawa

17 Inspiring Haikyuu Quotes About Pushing Yourself To The Next Level

A Collection Of The Best Prince Of Tennis Quotes