Eden Of The East is an series by Production I.G studios, made in 2009. It also has a few movies after the fact.

The is about Tokizawa, a guy who’s lost his memories and Saki, a girl he befriends after losing his memories.

With all the mysteries in this , unanswered questions, and deeper elements, there’s plenty to learn from it and the characters.

Some life lessons are more about reaffirmations, while others are inevitable and always play out. 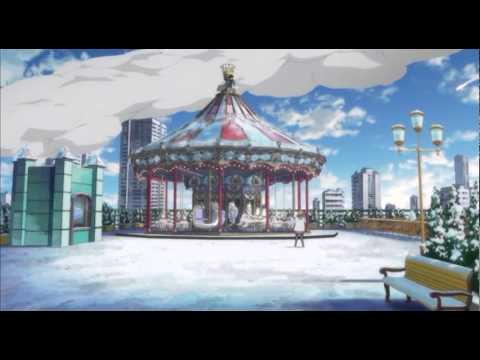 Eden Of The East Life Lessons:

1. The more you know, the more they fear

Knowledge really is power. And if you know anything about how the world works, certain people don’t want YOU knowing certain things.

The reason is simple: they fear what you’ll do, and how you’ll act with that information.

They don’t like the fact they won’t be able to manipulate you once you have that knowledge.

We see this with the law, government, and even in everyday life like working for a company.

In other aspects it can even be in the household growing up, especially in a toxic environment. Maybe your parents withheld information from you and used that advantage against you.

We see this play out in the Eden Of The East.

I won’t share the details because of spoilers, but it’s relevant and applies to life.

2. It’s too easy to misjudge people

Takizawa Akira, the main character of this series, has lost his memories and has no idea who he is.

He only discovers his name after finding his passport.

As Tokizawa starts to meet more people and befriend them, they naturally become suspicious of who he is. And misjudge his character.

Without saying too much, the extreme assumptions and judgments aren’t as dramatic as they made it out to be in their own mind.

This relates to the real world. How many times do people judge others on face value, only to find out it was nothing like they thought?

This happens everyday, especially on the internet where judgment and negativity is rife and almost accepted on some platforms.

If most people stopped and thought about their judgment, and instead asked questions, there’d be less BS and animosity.

Relevant: An Open Letter To The Anime Community (Advice For Anime Fans)

3. People fear what they don’t understand

This continues on from the last point. People really do fear what they don’t understand, and it shows by their apprehensiveness towards others.

This is shown in Eden Of The East later into the series. In fact it’s also shown in the beginning, but in a more savage, brutal way.

Take the main character Saki. She admits at some point she’s afraid of the MC. It’s clear to see why. And not all that surprising.

What’s funny about people is instead of trying to understand someone or something, we just jump to conclusions instead.

Ego tells us we’re right, and we settle on that thought. It’s comforting.

It’s only when you make the effort and see for yourself that you realize you were wrong. But most people don’t have the self esteem to admit it.

That’s why people judge from a distance and use their fear to justify their excuses for doing it.

4. What’s in the dark will soon come to light

We see this almost all the time.

Just look at 2020 since the pandemic and how so many:

And the long list of people who’ve been caught in their lies. And all the things they were trying to keep in the dark.

Life has a funny way of making you slip up at some point when you’re desperately trying to keep something quiet and out of sight.

The same happens in Eden Of The East. I won’t say what it is because it’s a spoiler, but it goes to show it can only work for so long.

Accountability and responsibility is how you avoid having to play that game in the first place. Otherwise it’ll dominate your thoughts and the pressure will make you crack.

That’s only natural since the more you try suppress it, the more it rises to the surface.

Either way, we see the facts of this saying come to fruition all the time, throughout history and even today.

How many figure heads abuse their power and play the role of “do as I say, not as I do” and are even brazen about it?

In the Eden Of The East, we see this in different ways. We see where it leads and what power does to some people, even if on a minor scale overall.

Power makes people feel special and overly important, especially when they’re weak and don’t have much self worth to start with.

It drives people to do things they normally wouldn’t. In a way, it’s like being drunk without the alcohol

Eden Of The East Life Lessons:

What life lessons do you wanna see next?

The 6+ Best Life Lessons To Learn From Jujutsu Kaisen!