is in an abusive relationship with piracy. And that abuse is domestic for real.

It happens on anime’s home turf: Japan. And beyond Japanese borders.

When tries to make , it’s abusive partner called piracy steps in and STEALS a portion of that … Aggressively. And by force.

It then takes that stolen and funds itself for personal gain. And throws its middle fingers up high without any f*cks to give.

Mocking while it’s at it.

And when tries to fight back against this abuse? Piracy laughs and takes advantage of the situation.

THEN piracy comes up with all kinds of strategies to avoid trouble.

It’s these strategies that allow piracy to keep getting away with it, even if there’s clearly blood on its hands.

One of those “abusive” relationships it’s with KissAnime.

Kiss started back in 2012, according to “whois” information.

First it was the DOT com site. But after being pursued by “authorities” they escaped like Dr Robotnik in his spaceship.

Ever since they’ve been low-key, behind the scenes, and strengthening their:

And everything else they can to continue profiting off WITHOUT giving a penny back to the industry.

In the pirate’s eyes they’re doing nothing wrong and they’re getting away with it so no f*cks are given.

But that doesn’t change the relationship KissAnime (and pirates) are in with the industry.

How did this toxic relationship start?

1. The internet made everything free 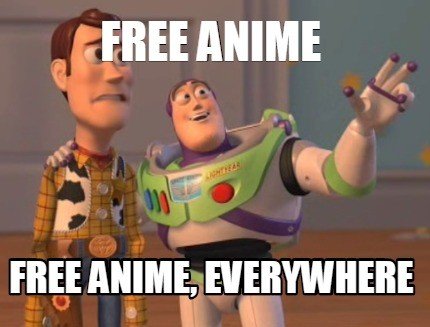 One of the GREATEST inventions of our time is the internet. The “real” internet didn’t start until the 2000’s.

It was during this time where the internet:

And of course –  joined the free party. It had no choice in the matter. No negotiations, no leg room, nothing.

was forced because fans demanded it once the internet presented it.

It’s like holding a cake in front of a sugar addict. You can’t expect them to turn it down. 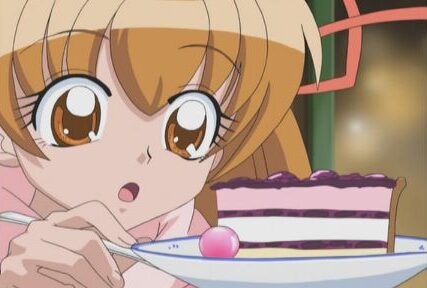 Once this “trend” was normalized by early pirate sites ( was one of them back in the day), it was too late by then.

settled into its new home, relaxing on the couch provided by the power of piracy. It’s been laying back ever since and no amount of “shaming” pirates has stopped it.

If anything it’s made pirates stronger, but it’s not the only reason for it….

2. Waiting months for a release 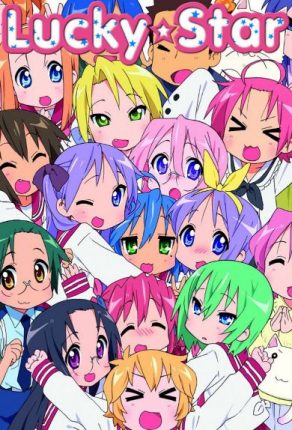 have been declining for years at this point. It’s 2020 and we’re not too fussed about it.

In the beginning though –  were bigger. And fans cared more about the releases than they do today.

Imagine an drops in Japan, and then YOU as an fan are forced to wait for the release in your country…. Months later.

Instead of waiting for the release you can bypass it by using pirate sites. And watch the literally the same hour it drops.

The internet gives you everything instantly. And this trained us to be impatient.

Region blocking started BECAUSE of the internet. Well, I should say the region blocking we know of today started when things went digital.

It’s no good watching an on a website ONLY to be blocked in that region…. For reasons that aren’t even your own fault.

It’s collateral damage. For the fault of the industry you end up being inconvenienced by it.

This is one of the major culprits of piracy and how it started.

licensing is almost as bad as region blocking. In fact the two go hand in hand.

With licensing, the issue isn’t created by the fans or the consumer, but the industry and how it’s structured.

Just like with a car license or any license, it’s designed to be “renewed, as long as you’re willing to pay the price when it’s time to renew the license.

Not every company is willing to do that.

And that’s where piracy jumps into the picture..

It’s the only place you can watch 24/7, forever. Without worrying about licensing or any of that nonsense.

Relevant: Anime Pirate Sites, And WHY They Continue To Thrive In The Anime Community

And to wrap up all the other points – convenience is why piracy is dominant, even in 2020.

It’s also the reason why fans run to pirate sites in the 100’s of millions all across the world.

Why and piracy won’t break up:

Companies like Funimation have pushed the industry to NEW levels. The kind of levels that wouldn’t be possible without them.

They’re one of the reasons and like it made it to the west and became so famous.

The legendary dub for and ‘s clout can’t be denied, regardless of how you feel about them.

The same is true for Crunchyroll (a partner) who managed to accelerate their business at a much faster rate. And other companies all over the world who played their role. 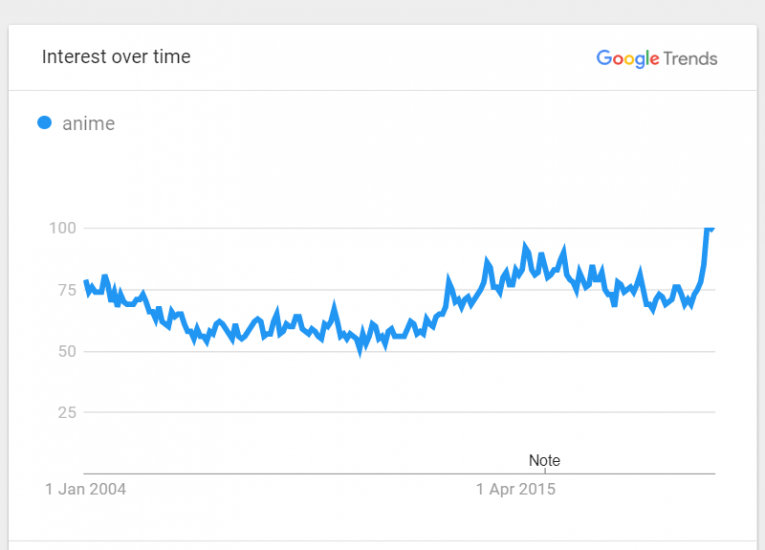 The industry (online) has been growing non stop since 2004, according to Google. A company that processes trillions of requests per year.

Piracy played an indirect role in making this happen.

As I said earlier, 100’s of millions of fans visit pirate sites all over the world.

That “free” promotion is why so many of those fans pay for:

Piracy’s free promotion and insane level of organic marketing pushed the industry in ways companies couldn’t have done by themselves.

In May 2020 KissAnime reached 98 MILLION visitors. A number no legal site could ever claim to have reached.

It’s an unfair comparison but a relevant one. And it shows piracy’s ironic role in helping the industry grow at the expense of it losing out on .

At least in the short term.

Another brutal example is  Shippuden.

On KissAnime the has over 183 MILLION views for this one single series.

Think about how insane that is. Not even YouTube videos reach those kinds of numbers.

That’s not the point though.

The point is THIS is why ‘s abusive relationship with piracy is still going on to this day.

Piracy has become a necessary evil that helps:

And helps NEW fans come into the industry and later on start investing it.

Not to say every fan does that, but a good portion do. Because no one willingly wants to f*ck over the industry, it’s just the industry itself is a bit f*cked.

Hence pirate sites and the convenience of it.

Until that relationship changes and using legal sites outweighs piracy (as far as pros vs cons), this necessary evil won’t stop.

Like a real abusive relationship time will only make it worse.