If you are an avid fan like me and constantly searching for new to watch, you must have seen a poster of a small boy sitting on a throne with a kind of old-cartoonish-ghibli like artstyle.

Many of you might just have skipped it simply because of the art style or thinking that it might be for kids.

This happened with me until someone requested me to give it try and boy, was I wrong! 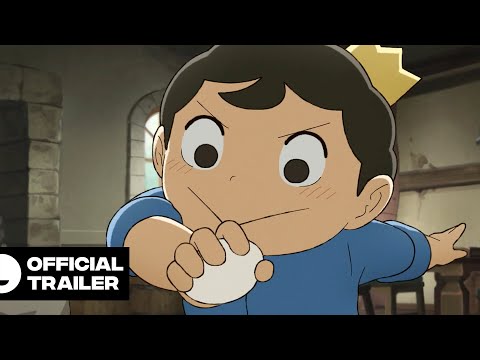 Though at first glance the characters and story might look very simplistic, a small weak deaf boy who wins many hearts with his kindness makes friends.

He goes on a journey to become one of the strongest.

Despite this the story creates a very unique set of complex characters, with each of them having many layers that unfold as the story progresses.

The best part of the story is that it gives justice to all the side characters and everyone of them had something to contribute towards the story.

They’re not just mere for the ‘development’ of the main character.

Now for the main character, Bojji is deaf since birth and almost powerless. His naiveness and kindness often pushes him into difficult situations, even very close to death.

Despite this t’s also the reason that he gains trust and the respect of many. Though he seems very dense at first , not showing anything while being ridiculed for being weak and deaf.

Being the son of one of the strongest king, ‘Bosse’, we get to know later in the story that he’s not as dense as he appears, but hides his emotions and cries in his bedroom alone.

He is shown to have trust issues after the death of his mother, which he overcomes after some efforts done by his step-mother ‘Hiling’, which later surfaces once again in the future.

Though being very weak, he is very hardworking and determined. Surprisingly good at dodging, he still is made fun of for his fighting style that is not very ‘king’ like.

The story also touches on the topic that not everyone can be put into a single mold. You can’t judge a fish for how fast it climbs a tree.

It’s about how you refine your strengths to overcome all the weaknesses that you possess.

The story does justice for the representation of a disabled character, who is not always on the receiving end of kindness and pity and doesn’t treat it as a curse.

It also shows that not everyone is entirely evil or good, but has a mix of both. There’s good in evil and evil in good.

Despite having a slightly ‘cartoonish’ vibe , the story touches some very dark themes of torture, bullying and cannibalism to count a few.

The feels like watching your favourite childhood cartoon with the story that you can still enjoy as a teenager or .

While the may not have a great amount of fan following or complex animation style, it’s still worth watching with good ratings overall.

WIT studio did an amazing job animating, with nice character designs and beautiful backgrounds that reminds you of Ghibili.

You might also recognize many famous voices in the and the openings are worth listening as well done by artists like VAUNDY.

The is still ongoing as of January 2022, with 14 episodes being released.

If you want to watch an with great story and characters with a animation style that hides some of its dark themes, you should give Ousama Ranking a chance!