And even though it’s still early days, a couple of anime will release in 2018.

Some of which fans look forward to (like myself).

A few of them even have “guaranteed” release dates!

So I thought I’d talk about that and get the word out before 2018 comes into play.

Here are the most talked about coming in 2018…

In fact – it was one of the first that’s been given a definite release date in 2018.

That release date is July 2018, when they’ll showcase it for the 1st time.

So mark that in your calendar, because it’s coming!

2nd up is the almighty One Punch Man, who effortlessly crushes his enemies in 1 punch.

If you’re a fan of this entertaining, laid-back parody series then this is good news.

The bad news? There’s no SET release date. But it’s now in production as we speak. High School DxD is one of the kings of harem/ shows.

There aren’t many as famous within it’s genre.

There’s no official release date as it stands, but it’s set to release sometime in 2018.

Remember the sweet-infested series from 2016, with main character: Hotaru Shidare?

It looks like Dagashi Kashi is getting a 2nd season sometime in 2018.

And this is officially confirmed as well.

There will be a new character involved too, which will make things interesting.

You can’t mention 2018 shows without thinking about !

Not much is known about the as things stand, but it’s coming.

So prepare yourself for another journey in the world of virtual gaming.

Another highly anticipated show: Code Geass. Known as one of the most successful shows of all time.

In 2018 we can expect to see Lelouch again, and some of the crew you know and love (or hate).

And we’ll get to see where the end of season 2 takes us.

Plus what REALLY happened which will clear things up as far as “rumors” go.

One of A-1 Picture studios biggest hits yet.

is set to come out in 2018, and will be the grand-finale of the popular series.

It’s also said to have around 60 episodes in total. Which is a little less than earlier seasons.

is one of the newest and most popular series we’ve seen since 2016.

And most would agree as it’s a quality series with its own unique flair and story.

So it shouldn’t surprise you that a 3rd season is coming in 2018.

Especially when you realize season 1 and 2 have been so popular that it’s beyond ridiculous. 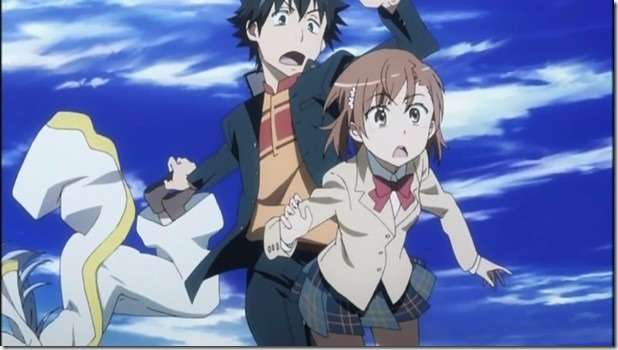 Toma and index are back again from the popular: A Certain Magical Index series.

The release date’s been confirmed for 2018 by ANN ( News Network) among other sources.

This could also mean the spin-off: A Certain Scientific Railgun may also have a 3rd season on the way.

And personally I’d love that, as I prefer it to Magical Index.

Tokyo Ghoul is another explosive series in terms of popularity and success.

Both with the and shows.

So if this is one of your favorite shows, keep your eyes locked as 2018 will be a pretty big year. I’d have to say Full Metal Panic is one of my most anticipated shows for 2018.

It’s been confirmed by the Inquisitor and News Network for its 2018 release date.

FMP was made by Kyoto Animation, so I expect good things to come from it.

An adaptation of the series: Devilman.

It will be released as an ONA (Original Net Animation) in 2018.

Adapted from a popular , Hinamatsuri is another series released in 2018.

It’s in the slice of life/Seinen category.

Made by one of my favorite studios: Kyoto Animation!

Violet Evergarden is a gorgeous looking scheduled for 2018.

And looks like it’ll make a big impact upon release.

Record of Grancrest, Adapted from a series. Released by A-1 Pictures.

The same studio behind .

A main character who likes to go camping in the : Yuru Camp, is getting a 2018 scheduled release.

This is a comedy series worth looking forward to.

17. Kabaneri Of The Iron Fortress (season 2)

An action-packed bloody comparable to Attack on Titan or God Eater.

Kabeneri of the Iron Fortress is set for 2018, and is one to look out for. A popular series based in the “fantasy” genre’s confirmed for 2018, by several outlets.

Lupin III is getting a 5th season which will take place in France this time around.

Lupin’s an old school series first released back in the 1970’s. Taken straight from the , Cardcaptor Sakura is back with Clear Card.

Release date set for 2018. So you can expect good things from this legendary series.

Related: 47+ Of The Greatest Cardcaptor Sakura Quotes That Are Timeless

Haikyuu is one of the most successful sports shows to date. With extremely high ratings online.

And Fooly Cooly is no different with a 2nd and 3rd season promised.

Related: The Quirkiest List Of Quotes From “FLCL” That Are Timeless

There’s not a single fan unaware of what “Steins Gate” is.

That’s true even for non-fans of the series.

And it’s one of the most anticipated shows set for 2018.

An unusual comedy series not known to the “average” fan is released early 2018.

And will be one to look out for within the “comedy” genre.

The story of Overlord is based on a popular virtual reality game… And what follows is plenty of violence.

Not too much is known yet, but it’s expected to release in 2018.

Free! is basically a fan-service for girls, the opposite of what you typically see.

The third season is set to release in the summer of 2018. Less than 10 months from today.

A fantasy/harem series based on a Japanese .

Staff, and more big things were announced for this series in 2018.

A remake of the Soul Hunter series is headed for the industry in January 2018.

Though official dates could change, we can still expect to see it sometime next year.

We’ll have Fate Extra Last Encore, based on the video released in 2018.

So there’s a lot to look forward to if you’re a fan of the Fate universe.

Which series are you looking forward to in 2018?