If like a glass, studios don’t handle the plot, story and characters with care, everything breaks. And it’s impossible to repair the damage.

Darling In The Franxx ran into the same problems in 2018.

The “glass” started out in perfect condition, than they went and smashed it. Because Studio Trigger got careless and slipped up.

This Is What Makes Or Breaks An Series:

While it’s true that some fans might not like Hinamatsuri, it doesn’t surprise me why this was so popular in 2018.

It’s simple and easy to understand.

That’s the benefit of being a “slice of life” series with comedy thrown in the mix. It’s not complicated.

It’s ridiculous how many try being “clever” and fail because it ends up confusing you. And you have no idea what’s even happening. Or why.

It might seem stupidly obvious but it’s amazing how “bad” visuals can destroy everything an stands for.

The visuals don’t have to be stunning like Violet Evergarden (or The Garden Of Words), but it has to be easy on the eyes.

Or else you can forget it. Nobody will watch it.

Visuals are the backbone of an series, after all. So it only makes sense.

3. How the characters make you feel

That’s why people hate in spite of the almost being 8/10 on average.

If too many people feel that way, an won’t stand a chance of succeeding.

The majority vote of what’s good and what’s bad determines everything.

And this is especially true for the characters and protagonists.

Creating an character is one of the most sensitive parts of a series.

If there are too many mistakes, you can guarantee it will “break” the series. And nobody will remember it.

But if handled with care (like ), it’ll go on to be remembered. Decades later.

4. How the creators approach the series

Can the story make or break an series? Sure. But it’s not as important as how the story is told.

The fact is – not many stories are 100% original. My Hero Academia isn’t original.

But how the tells its story, and progresses as a plot is what makes it “feel” different.

That’s true of creativity in general. It’s hard to be 100% different.

Most of what you see is either a blatant rehash (which in that case it’s bad) or a mixture of dozens of elements mixed into one.

With a “few” fresh add-ons to turn an into something that “feels” new. 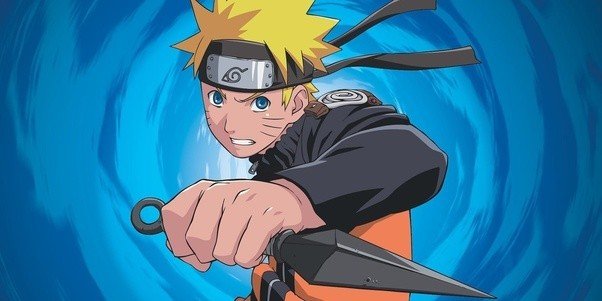 This clearly takes inspiration from , Ninja’s, Clans, and other elements all blended into a story.

HOW the story is executed is so good the ’s success speaks for itself.

That by itself makes stand out.

And then there’s the action you see in an series.

How the action is approached is more important than “what” happens.

Swords, weapons, powers, magic… None of that really matters.

If the studio doesn’t make the action LOOK good, it’s a failure.

How something is implemented in an is so important, that if a creator (and the studio) does it wrong, everything else falls apart and seems mediocre. 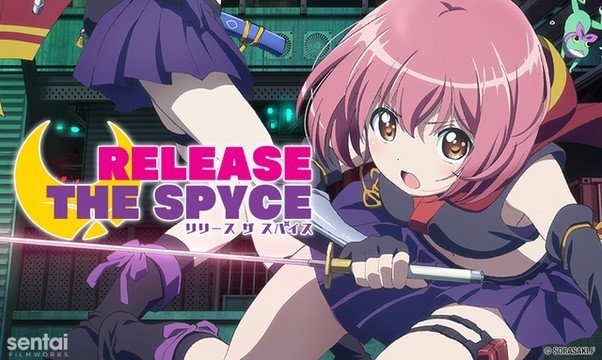 This is release the spyce from 2018. An action series (if you can call it that).

You can tell from the first episode that “not” much effort is put into it.

First of all – the story is a joke. The girls eat spice and basically become stronger. That sounds silly, and it could have even worked if handled right.

I get that it’s a show for teenagers, but still.

Sometimes being “too” different is a bad thing.

And then the action itself doesn’t add anything I haven’t seen 1 million times (cliches and all).

As far as execution goes, the action is average. And so is Release The Spyce in general. 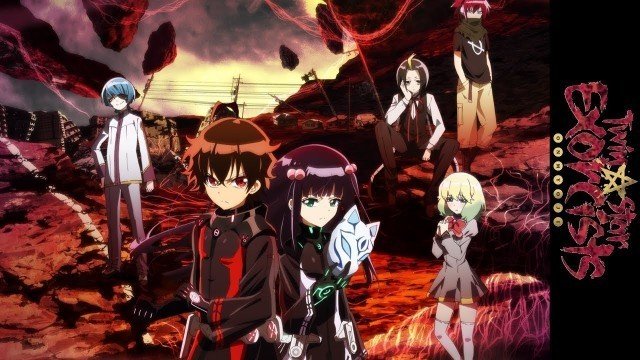 Twin Star Exorcist is a Shounen series released some years back. I love the main characters and their voice actors.

But what makes this show unbearable and “less” appealing is Mayura’s voice actress.

In the dub it’s the worst I’ve seen. It doesn’t fit the characters age or personality.

Some even say it sounds “like a Grandma” and while harsh, I’d have to agree.

Voice actors have the power to “destroy” an , or make it worthwhile

in contrast – The Disastrous Life Of Saiki K has some of the best voice actors in the business.

Like point #3 – the main characters VA makes you feel something. Because the emotions are genuine and expressed in a way that’s believable.

Dragon Ball Z is a classic example of an where the VA’S are on point.

Dub Vs Sub matters, too

The best example I can give is Kono Subarashii.

I’ve been dying to try this series. So many people praise it for its ridiculous comedy. Comparing it even to a legend like Gintama.

But… The sub made me cringe, and I barely made it past episode 5. Because it was THAT pitiful.

But then something crazy happened. I watched the dubbed version and now I LOVE Konosuba.

The voice actors are on point, and I laughed out loud from start to finish at how stupid the comedy is.

The translation between the dub and sub somehow makes Konosuba even funnier than the original.

VA’S are the bread and butter of what makes an successful or unsuccessful.

The dub (and sub) quality play a role, as well.

Attack On Titan isn’t my favorite of all time. But I don’t hate it either.

What I will say though – it has one of the BEST first episodes I’ve seen. And the first 3 episodes are enough to pull you through the series.

I feel the same way about Owari No Seraph (same studio as AOT).

The first 3 episodes determine everything, most of the time

With the exception of some like Inuyasha (over 150+ episodes) the first 3 episodes tell you everything you need to know about an ‘s quality.

The problem is: some are slow, so they don’t take off and make it commercial.

That’s why only a “few” commercial are so outrageously popular, while others are more underground. Or sitting by the borderline between “mainstream” and unpopular.

15 Of The Best Non Mainstream Anime