Anime quotes are taken from characters:

Spy x Family is an anime series that was bound to thrive once it aired the adaptation in 2022. But few expected the controversies to make it even bigger than that.

With an anime focused on family, wholesomeness, secrecy between characters, and separating family from business, there’s a lot of lessons (and quotes) to be taken from . 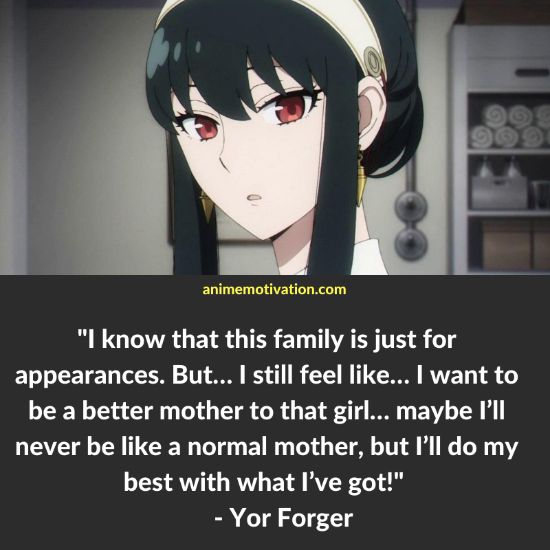 “I know that this family is just for appearances. But… I still feel like… I want to be a better mother to that girl… maybe I’ll never be like a normal mother, but I’ll do my best with what I’ve got!” – Yor Forger 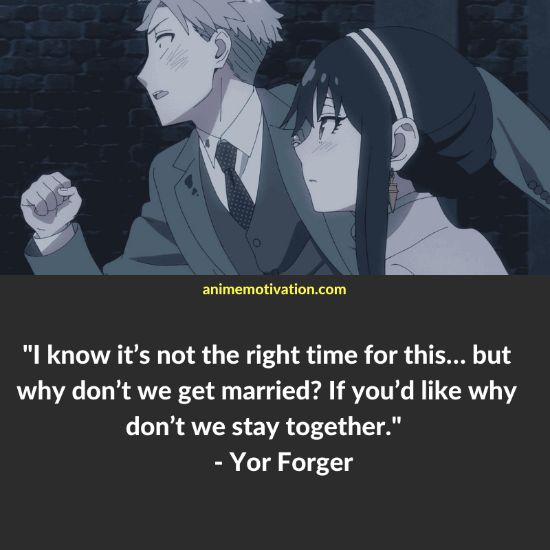 “I know it’s not the right time for this… but why don’t we get married? If you’d like why don’t we stay together.” – Yor Forger 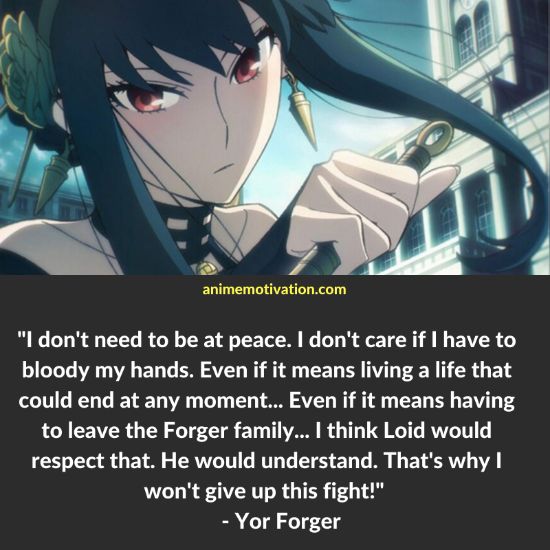 “I don’t need to be at peace. I don’t care if I have to bloody my hands. Even if it means living a life that could end at any moment… Even if it means having to leave the Forger family… I think Loid would respect that. He would understand. That’s why I won’t give up this fight!” – Yor Forger 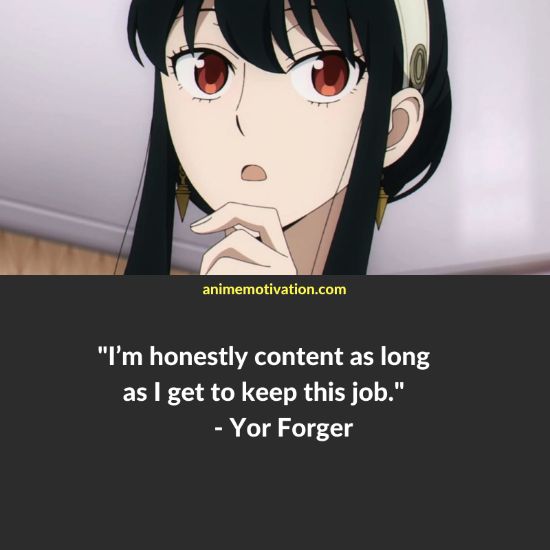 “I’m honestly content as long as I get to keep this job.” – Yor Forger 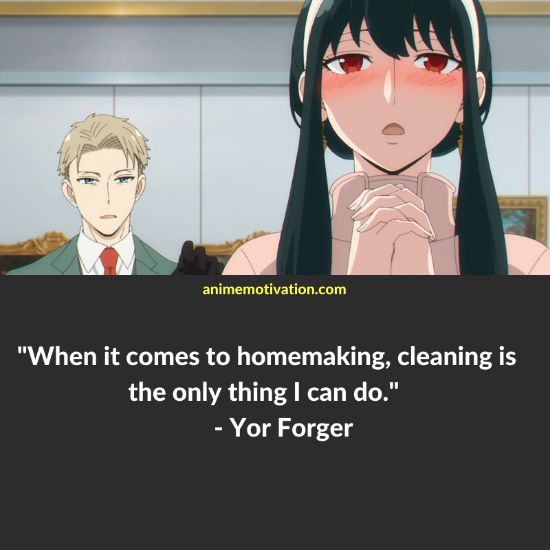 “When it comes to homemaking, cleaning is the only thing I can do.” – Yor Forger 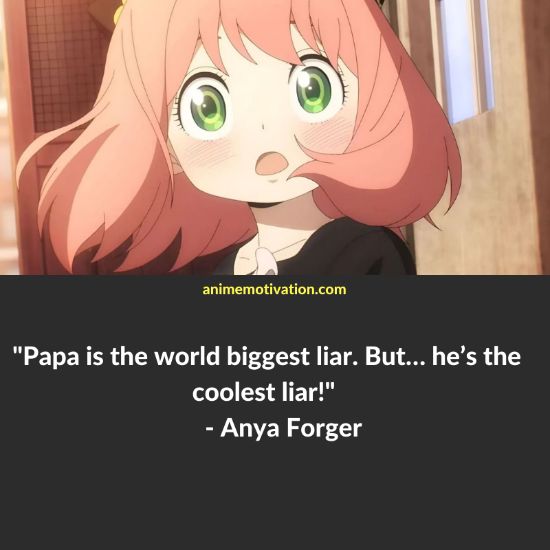 “Papa is the world biggest liar. But… he’s the coolest liar!” – Anya Forger 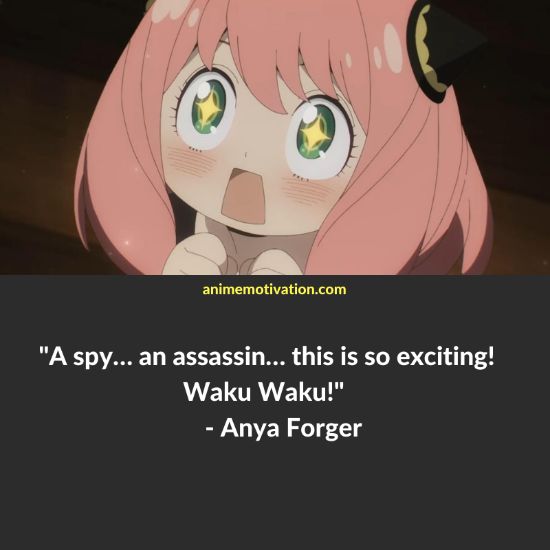 “A spy… an assassin… this is so exciting! Waku Waku!” – Anya Forger 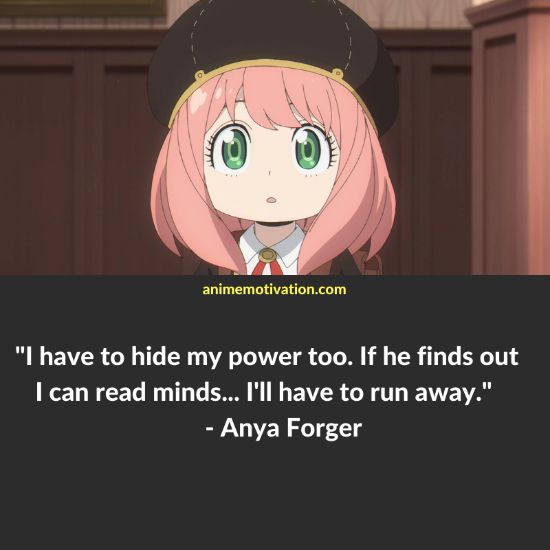 “I have to hide my power too. If he finds out I can read minds… I’ll have to run away.” – Anya Forger 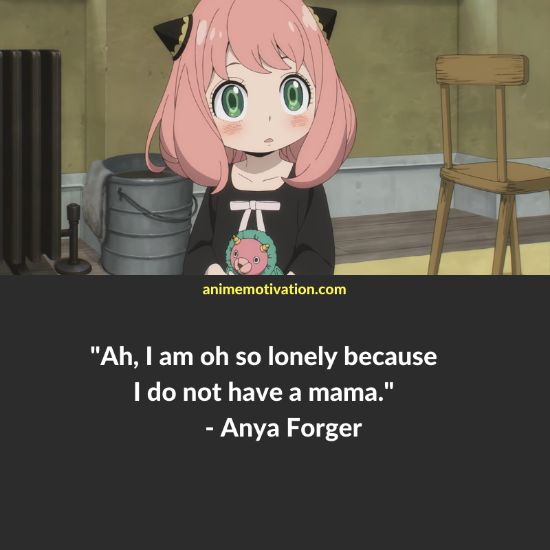 “Ah, I am oh so lonely because I do not have a mama.” – Anya Forger 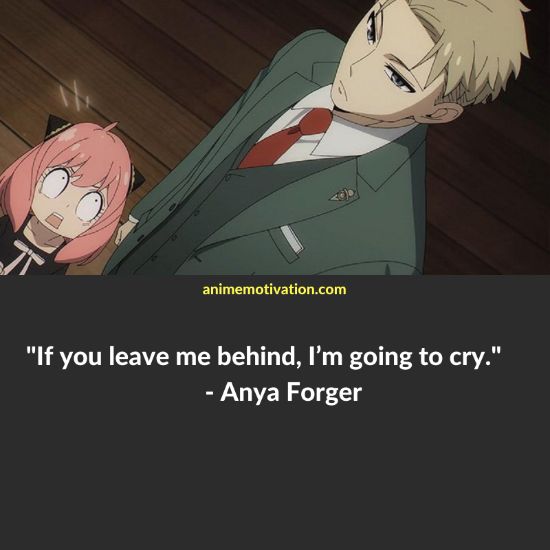 “If you leave me behind, I’m going to cry.” – Anya Forger 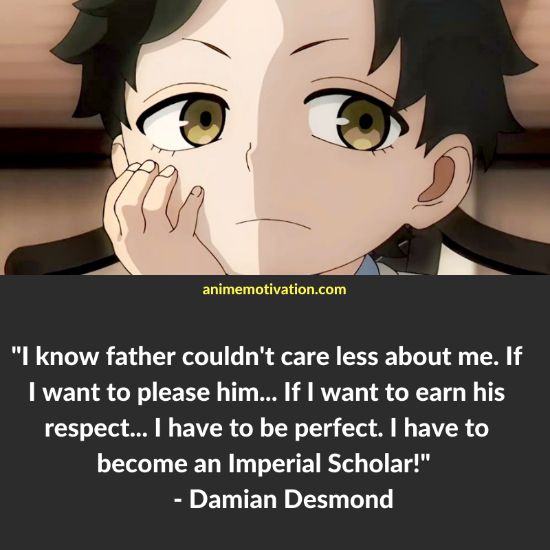 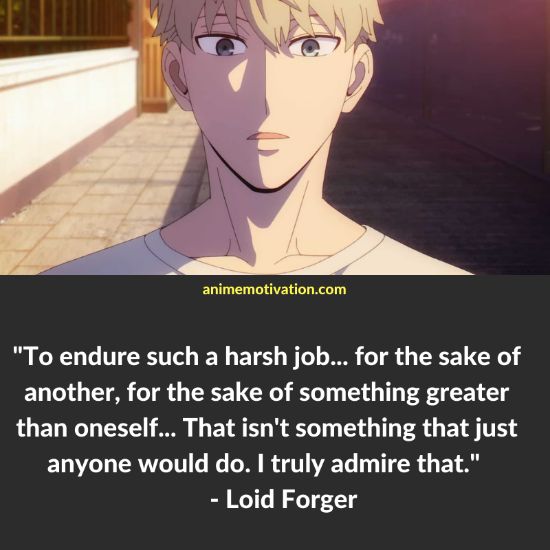 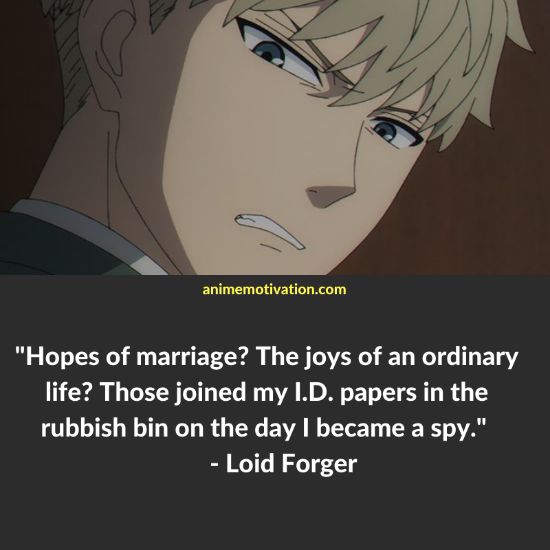 “Hopes of marriage? The joys of an ordinary life? Those joined my I.D. papers in the rubbish bin on the day I became a spy.” – Loid Forger 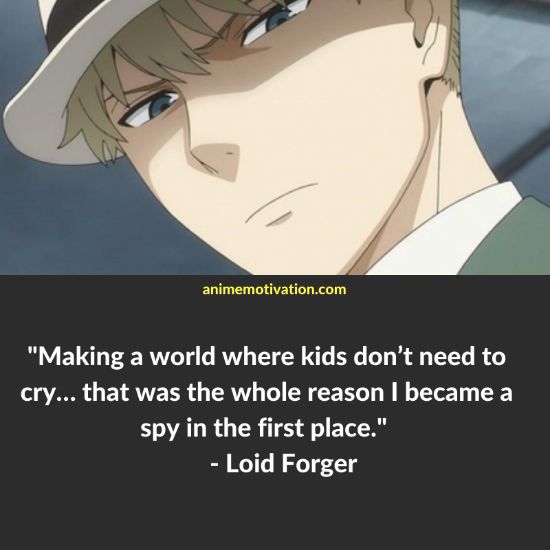 “Making a world where kids don’t need to cry… that was the whole reason I became a spy in the first place.” – Loid Forger 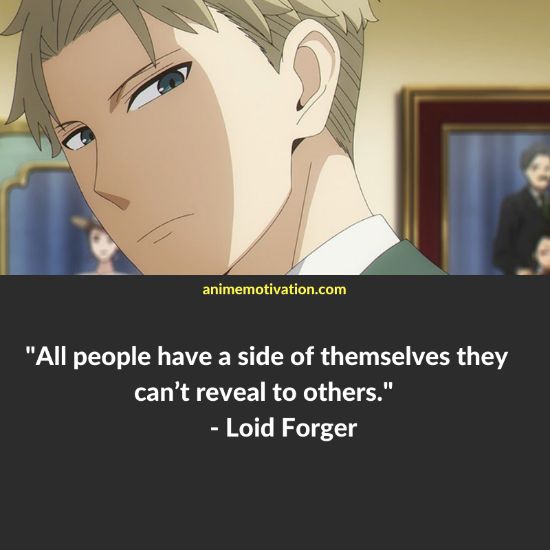 “All people have a side of themselves they can’t reveal to others.” – Loid Forger 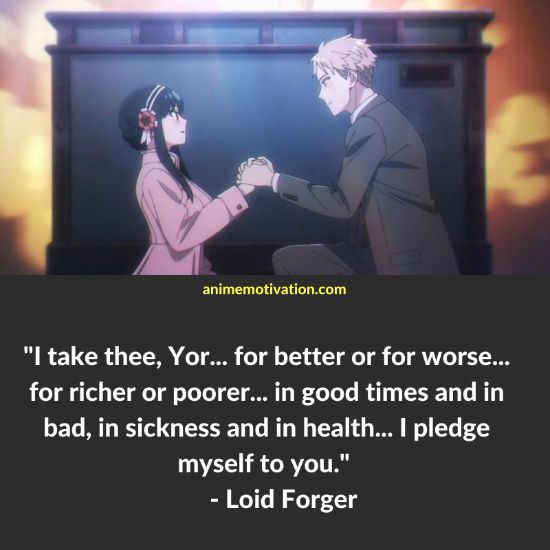 “I take thee, Yor… for better or for worse… for richer or poorer… in good times and in bad, in sickness and in health… I pledge myself to you.” – Loid Forger 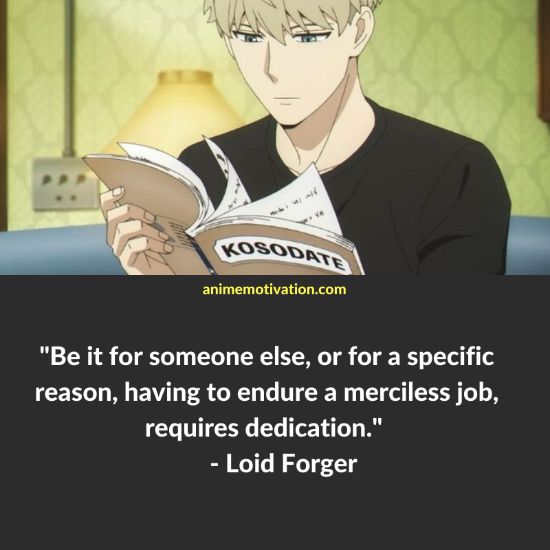 “Be it for someone else, or for a specific reason, having to endure a merciless job, requires dedication.” – Loid Forger 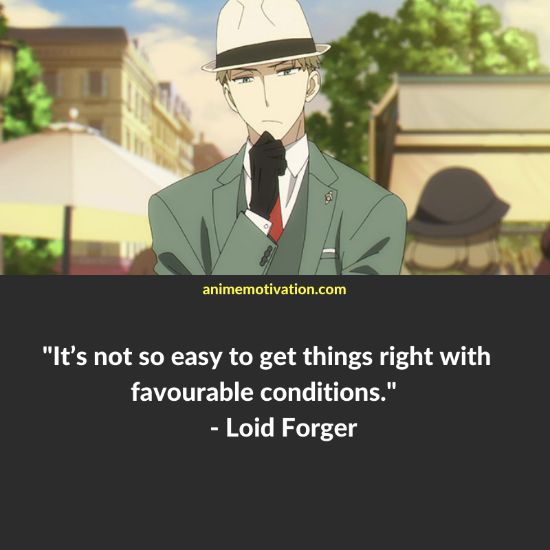 “It’s not so easy to get things right with favourable conditions.” – Loid Forger 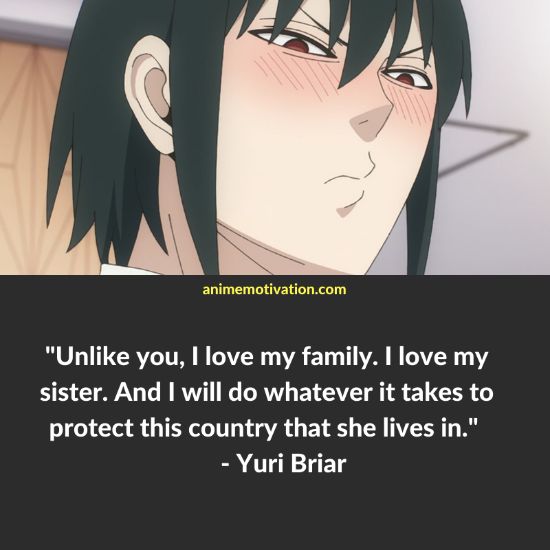 “Unlike you, I love my family. I love my sister. And I will do whatever it takes to protect this country that she lives in.” – Yuri Briar 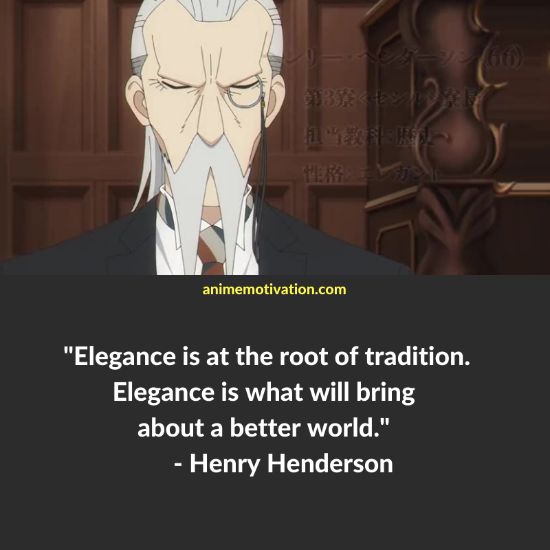 “Elegance is at the root of tradition. Elegance is what will bring about a better world.” – Henry Henderson

7+ Life Lessons You Can Learn From Spy x Family (Recommended)