What I like about Misaki is she’s hard working, genuine, and won’t do something she doesn’t believe in.

No matter how big the reward is.

She’s true to herself and that’s a great quality to have. 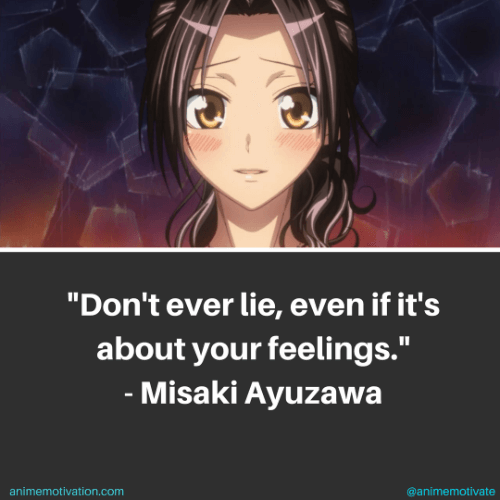 “Don’t ever lie, even if it’s about your feelings.” – Misaki Ayuzawa

Better to address your feelings than it is to hide them.

If you hide it, you’ll only punish yourself in the long run. And it’s not worth it. 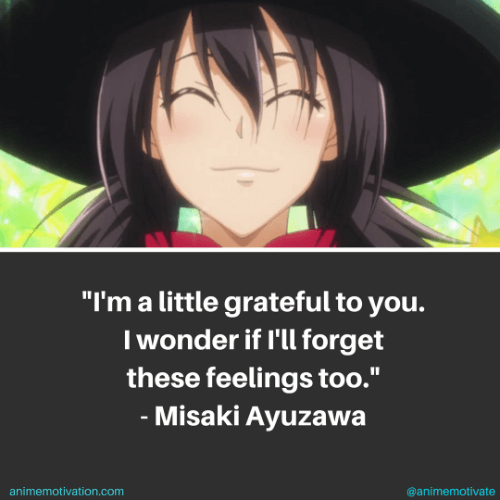 “I’m a little grateful to you. I wonder if I’ll forget these feelings too.” – Misaki Ayuzawa

You may forget what someone did, but you won’t forget how they made you feel. 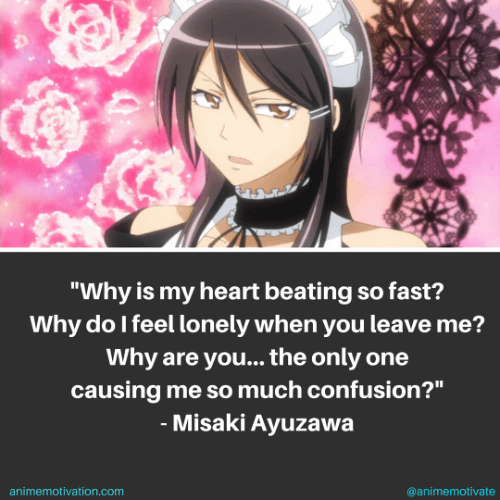 “Why is my heart beating so fast? Why do I feel lonely when you leave me? Why are you… the only one causing me so much confusion?” – Misaki Ayuzawa 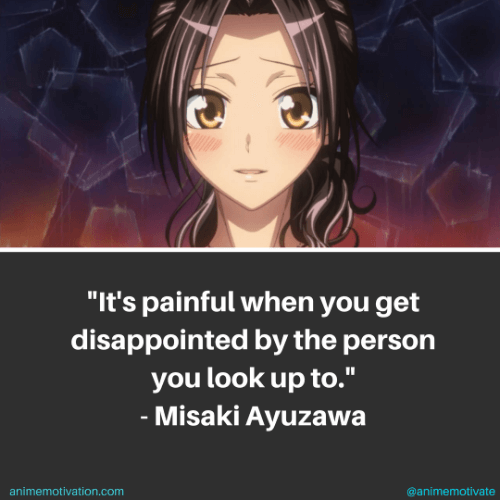 “It’s painful when you get disappointed by the person you look up to.” – Misaki Ayuzawa 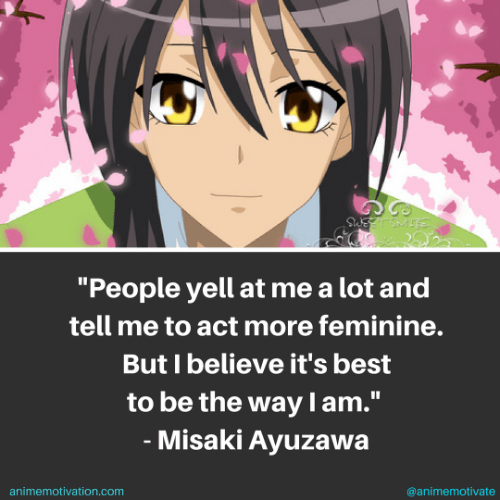 “People yell at me a lot and tell me to act more feminine. But I believe it’s best to be the way I am.” – Misaki Ayuzawa

People will always tell you to do this, do that. Act this way or act that way.

But the best thing to do is not listen to the criticism, and just be yourself. 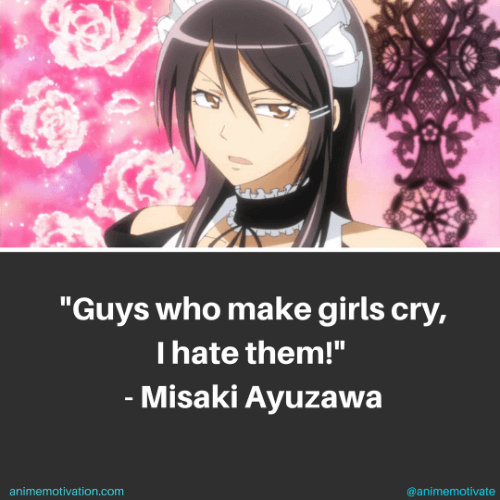 “Guys who make girls cry, I hate them!” – Misaki Ayuzawa 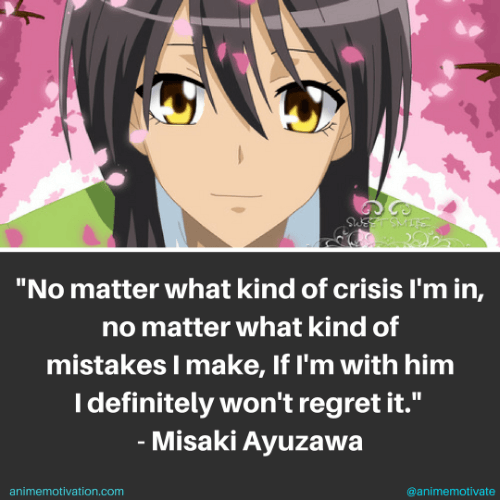 Stay tuned for Usui Takumi Quotes coming up next.

Maid Sama Blu-ray Start Shopping
We earn a commission from Amazon & other affiliates if you make a purchase at no additional cost to you.

15 Quirky Quotes From My Neighbor Totoro For Studio Ghibli Fans