Yet another news article many anime sites and influencers won’t cover.

A Japanese manga artist called Tomomi Shimizu is bringing awareness to more people in Japan. Awareness to the treatment of Uyghur, an ethnic group facing systematic oppression and genocide in China.

To be more specific, the culprit is the CCP (Chinese Communist Party).

This brutal oppression is happening within Xinjiang.

In the author’s own words:

““Japan must not just regard the oppression [of Uyghurs] as something that is happening far away. I want more people to pay attention to the issue – especially in light of the U.S. government’s findings.”

As reported by Japan Forward, it then says:

“According to the Japan Uyghur Association, there are between 2,000 and 3,000 Uyghur people living in Japan. They have been unable to telephone or email relatives in Xinjiang for several years.

This is because if a Uyghur person in Xinjiang contacts anyone overseas, including Japan, they are labeled a “terrorist” and put into a concentration camp. Many relatives back home have been detained or gone missing, and it is impossible to know whether they are safe.

Many Uyghur people have relatives who have been held hostage by the Chinese security authorities, or forced to act as spies against other people in Xinjiang or people returning to China. If a Uyghur person living overseas returns to China, they will end up in a concentration camp.

In Xinjiang, there are security cameras in the homes of Uyghur people, and Uyghur people in Japan live in daily fear of being wiretapped by the Chinese authorities.”

The atrocities against Uyghurs illustrated in manga 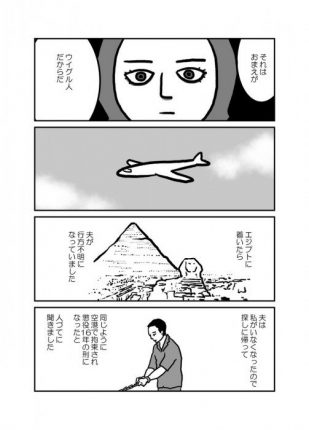 “The manga is based on Mihrigul’s heartbreaking experience of being detained and tortured for no reason – and losing a child who died shortly after being taken away.

The story resonated across the world. It was translated into 15 other languages including English, and spread globally online.”

Chinese Anime Site Bilibili Is A Victim To Cancel Culture, But Is It Justified?