My Dress Up Darling is an I’ve been looking out for since it was announced.

I’ve already read the (not completely) and never expected an adaptation. But knew what to expect with its quality.

It’s an about Marin Kitagawa, a girl who loves to cosplay and is an Otaku.

The male MC is Wakana Gojou, a guy who grew up liking dolls and is able to make them thanks to his grandfather who’s in the business.

They become the perfect pair and the wholesomeness builds from the moment they meet. 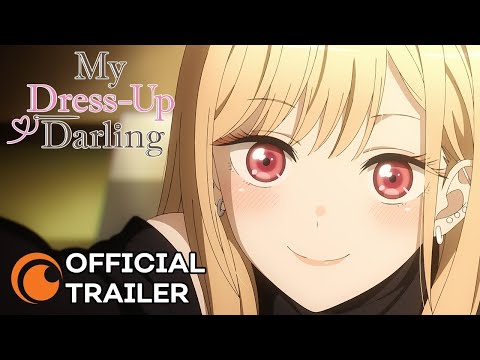 Here’s some of the best just like My Dress Up Darling! 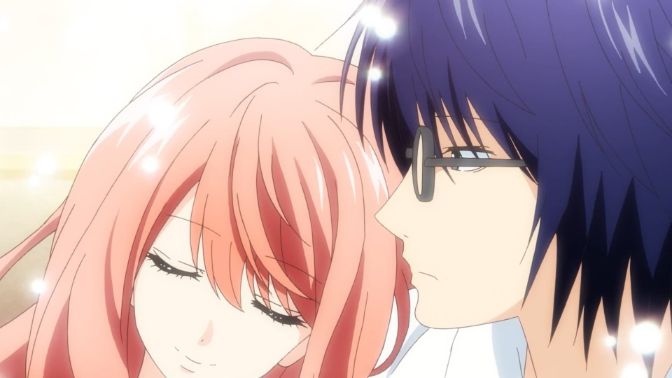 3D Kanojo is an series about an unpopular guy who happens to be an Otaku. He’s bullied and looked down on.

An an he isolates himself from others.

His eventual girlfriend is popular, pretty, and see’s him for who he is long before they end up in a relationship.

In the unlikely relationship they have they help each others insecurities, and this builds into the wholesome romantic it is.

It’s not the most recommended or known romance , but it deserves a lot more credit than it gets.

2. Love Is Hard For Otaku 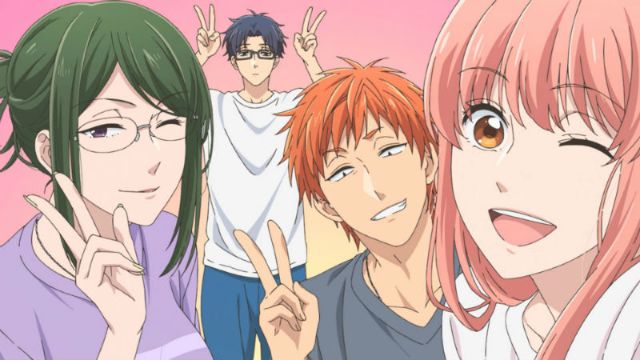 Love Is Hard For Otaku, or Watakoi is a slow paced but relaxed series in the romance and slice of life genre.

Otaku culture, games, and things along those lines are common subjects and conversations here, but it’s not over the top.

Hirotaka is the dense MC who’s so laid back it takes a lot to get him angry. He ends up in a relationship with Narumi, who he’s known for a long time.

This is more being in a work environment rather than school, with older characters and a strong sense of realism to its characters and relationships.

The stages of each princess you are up against are made up of multiple grids. Players must fight small fry enemies, which will appear in each square. 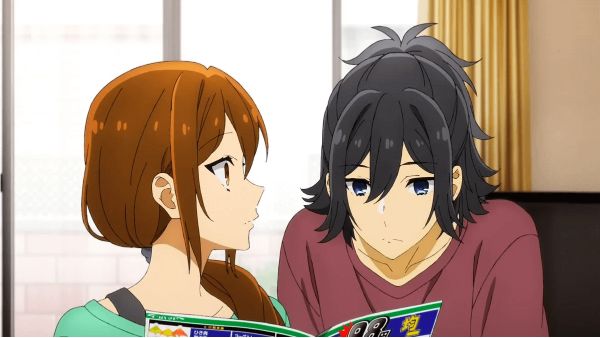 Horimiya is an that turned heads and got people talking when it first aired in 2021. It’s a rom com series with some nice animatiion and art style.

Miyamura is an who’s perceived to be an Otaku and no one really knows who he is. Outside of school he changes his hairstyle and looks completely different.

Hori, the female MC runs into him outside of school by coincidence, and their unlikely relationship begins from there.

Miyamura does read , but he’s not an Otaku in the slightest. 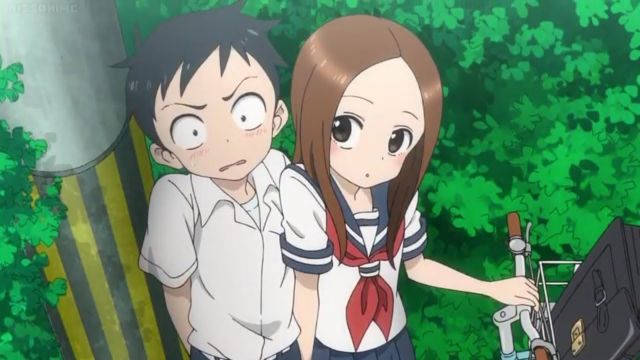 Skilled Teaser Takagi is abut two main characters. Boy and girl. The girl teases the boy and gets a kick out of it.

This is a habit you’ll see in this in general, more so in the first season. This evolves of course as things start to progress.

You can think of this as a “cute” rom com series. It’s a lot different stylistically and design wise to regular rom com.

It have the wholesome vibes as well.

Related: 24 Of The Smallest Anime Characters You’ll Ever Come Across 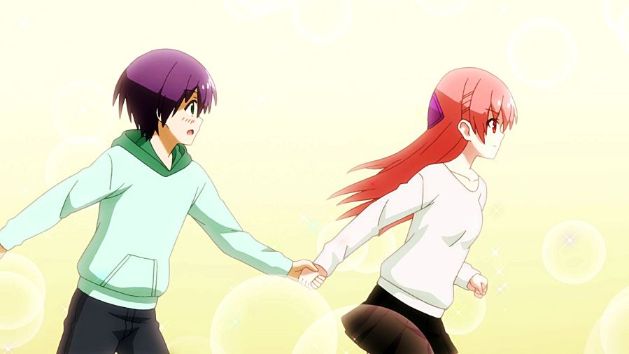 Tonikaku is probably the most wholesome romance that’s ever been released since the 2000’s. It’s on another level.

Tsukasa Tsukuyomi saves Nasa Yuzaki from TRUCK KUN in the beginning of the . How she does it is a mystery.

Nasa is thankful to Tsukasa for saving his life, to the point he wants to make her his wife. And that’s exactly what happens.

They move in together, build a life together, slowly, and each episode gets more and more romantic and wholesome.

Monthly Girls Nozaki Kun is written like a parody, not just a rom com or a comedy. Cliches from romance are seen here, but they’re included for comedic effect.

Chiyo Sakura likes Nozaki Kun, a artist, but he’s too dense to see it. Anda lot of “unromantic” things take place which plays into the comedy.

Chiyo never ends up in a relationship with Nozaki Kun, but that’s part of the ‘s charm and how it’s written.

My Dress Up Darling Fans will appreciate it either way. 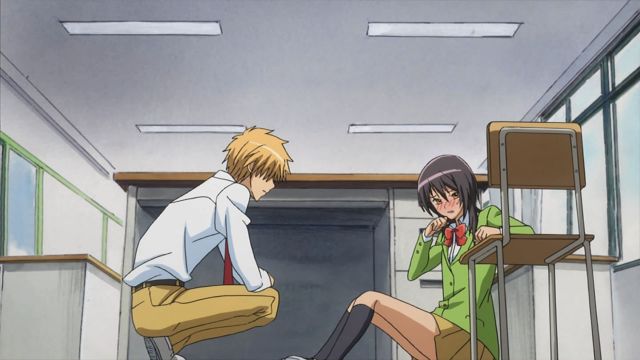 Maid Sama is a rom com classic but it’s also in the Shoujo genre, not just slice of life. Misaki Ayuzawa doesn’t start off as waifu material.

She’s a feminist man hater, literally, who uses her power as a student council president to punish men in particular. And make their lives harder at school.

This causes them to hate her guts. Usui Takumi, a guy who likes trolling, is the one who ends up breaking through to her.

Romance follows and Misaki Ayuzawa matures as a person and makes major progress as a character. To the point of the becoming wholesome.

8. Love, Chuunibyou, And Other Delusions 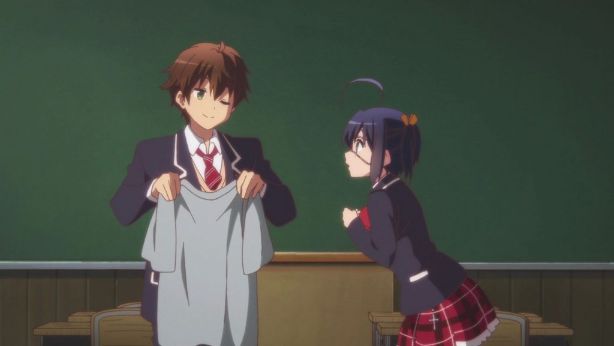 Love. Chuunibyou And Other Delusions is a bit of whacky series. The main character Rikka Takanashi is a weirdo.

She’s the type of teenager who still believes she has superpowers and she acts that out while in school or otherwise.

Yuta Togashi is the guy she ends up with, who himself is an EX chuunibyou.

If you can get past the first 5 episodes or so, the starts to take off, especially the romance and a lot more. 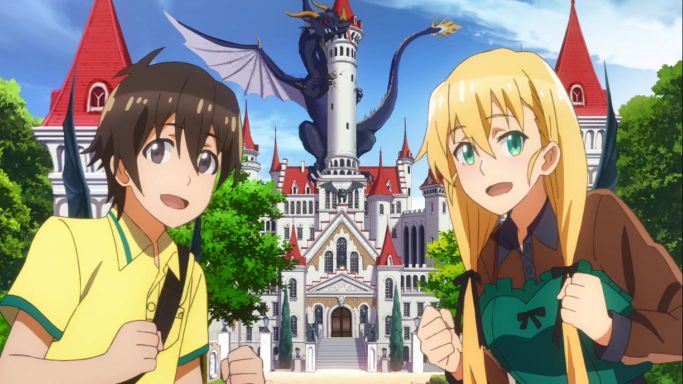 Gamers is self explanatory. The characters in this show are game-nuts. Otaku’s. And this is a big part of the ‘s dialogue, jokes, humor, and comedy.

Karen Tendou, a seemingly perfect girl is a gamer who falls for a seemingly average guy called Amano.

Amano rejects her out of fear , and its taken out of the context. But things are patched up later.

The misunderstanding sin this are extreme, but the OTAKU elements with the romance are similar to My Dress Up Darling.