is one of my top 5 anime series of all time.

No questions asked. No debates. It lives up to the hype and isn’t overrated.

Made by Madhouse studios, the has a focus on:

And ultimately enough psychological elements that hit you with its depth and darkness.

While no will replace for what it represents, there are like with their own style and quality. 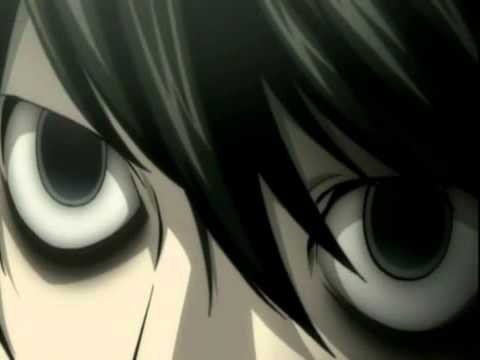 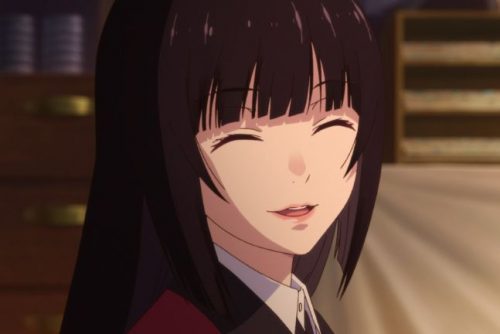 Kakegurui, also known as Compulsive Gambler is an series about gambling. That’s the main theme.

In this school, students battle it out through gambling, and there’s a catch as well. If you lose, you’re forced to do whatever the winner wants with you.

You become their property in a way. This makes the stakes for gambling higher than usual.

Yumeko Jabami is the ‘s MC and the series wouldn’t be half as entertaining without the intensity she brings to it.

Not to mention her almost masochistic desire and pleasure she gets from gambling and taking risks.

It’s like a different shade of , but without the extremes and the mass violence.

Strategy is an important factor. 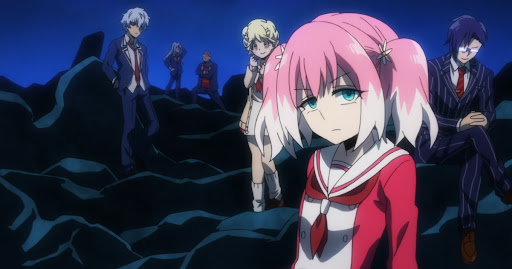 This is the image she portrays for others to see around her, while in a mysterious school isolated on a remote island.

The plot is about “enemies of humanity” who apparently need to be destroyed because they’re dangerous.

What you see though is there’s more to Nana Hiiragi’s character and role than the first 15 minutes would have you believe.

Similar to the suspense you see in , and the careful, cunning planning of its characters, this is reflected in Talentless Nana.

The scrutinizes and picks apart the smallest details, and in other ways keeps you guessing by leaving out details but giving you enough curiosity.

Relevant: 28 Of The Greatest Pink Haired Anime Girls With The Best Personalities

The  is the main highlight of the series. In this , you have to summon the “Hell Girl” to do your dirty work.

There’s a price you have to pay in return. But I’ll let you figure that one out as you watch it.

Ai Enma, the Hell Girl is summoned once the clock hits 12AM if a person wishes it and meets the right conditions.

Their reasoning for summoning the Hell Girl is usually to get revenge and eliminate whoever is causing them pain, grief, or trauma.

From school kids, to married couples, to ordinary people, there’s darkness in almost every episode. And something new pops up, showing you the uglier side to humans and society. 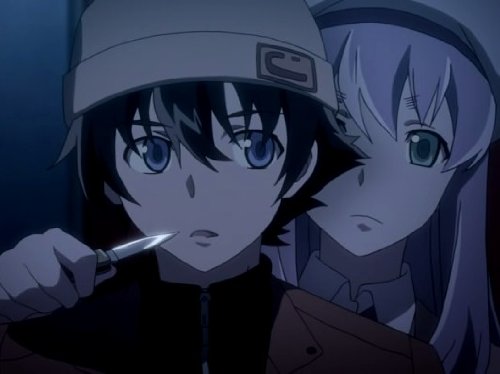 Future Diary is a classic series, but not the most revered as a whole. It’s famous for making “Yanderes” and the memes connected to it so popular online.

Yuno Gasai is one half of the dual protagonists. And is of course the Yandere of the series.

Yuki Amano is the guy who develops Stockholm syndrome because Yuno Gasai stalks him, and forces him into a relationship with her.

In between there’s a running theme of diary users who are forced to battle it out to the death. Each diary user has their own unique insight or ability.

The violence, traumatic characters, and the overall “messed” up situations makes this savage, but at times strategic where it counts.

It’s full of action and romance if that’s something else you want. 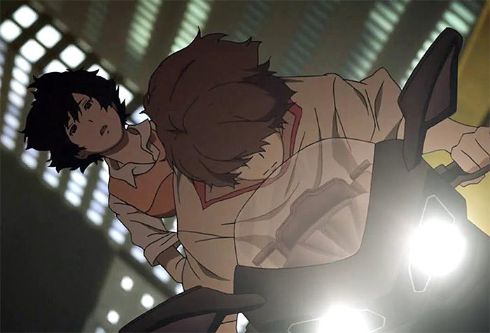 Terror In Resonance is an about 3 characters:

Nine and Twelve have a backstory that expains the reasoning for their names (being named after numbers).

Lisa Mishima happens to be a character who’s caught up in their madness and supposed terrorism on society.

The way the main characters “get things done” is similar to . You should know what I mean by that.

This is especially true when it comes to how smart and intelligent Nine is (the guy with ). 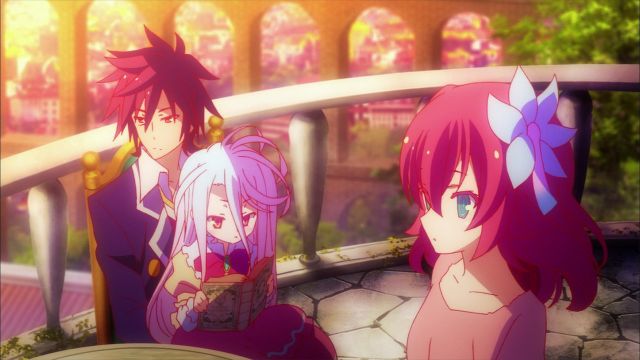 When it comes to smart characters, strategy elements, and being witty, No Game No Life is quite similar to the way works.

You have Sora, the male MC, and his sister, Shiro. Both are considered geniuses at what they do, They love games.

When they’re reincarnated into another world, they dominate it with their wit, strategy, tactics, and overall mindset.

No Game No Life is an that stands in its own lane, and is one of the earlier before the trend started catching on like it has in 2021.

It’s made by Madhouse studios that gives you more reason to try it out. And is a colorful, gorgeous looking series. 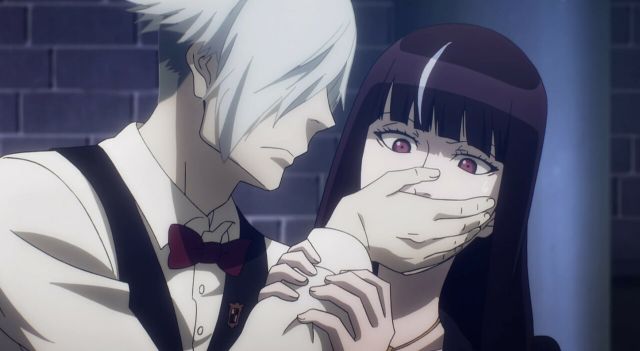 Death Parade is a shorter series than , but still relevant on this list.

The main theme is people are tested somewhere in the realm between heaven and hell. And are judged based on their actions through the use of games.

These games determine whether they deserve to be thrown into hell or sent to heaven, through an elevator of all things.

As you can imagine, the goes deep and explores the struggles in deciding who’s “moral” and who’s not, based on how they react in tough situations.

It’s a thought provoking , but not one I would usually vouch for. 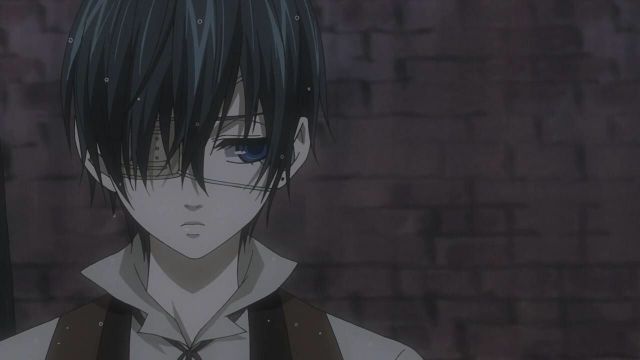 Black Butler is an series that’s popular with female fans more than anything else. It has a solid fanbase regardless.

You have a smart protagonist and his butler who will do anything for him. That’s despite how dangerous, violent, or “wrong” it may be.

The main character: Ciel Phantomhive is a “dog” who works for the queen of England, so it’s not surprising what he gets up to in the underworld.

If you’re into with low-key Yaoi vibes at times, or you just want something with similarities to , this is worth a go.

The characters are mostly British, as I hinted before. 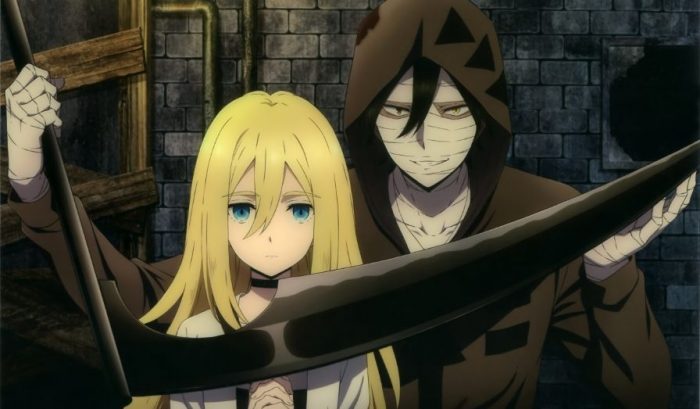 Angels Of Death is an series in the horror genre. The first episode is typical in the sense that it has SHOCK value.

A seemingly defenseless girl is thrown into a random dark place, not knowing what the F is even happening. And then she witnesses murder, and is on the run for survival.

Strangely, the other MC who’s supposed to killer her decides to work with her instead to get themselves out of the maze they’re in.

He’s as thick as bricks, where as she has more smarts than her appearance would tell you. 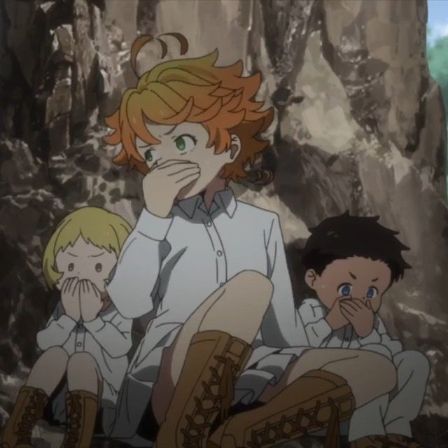 The Promised Neverland is another horror with a strong first episode. In the first episode, the main characters witness something horrific and disturbed.

Turns out they’re all in a human farm where kids are raised to be FED to demons when they reach a certain age.

These smarter than usual kids work together to survive, and try to figure out how to get everyone out of this “farm” alive.

Strategy, tactics, well thought out plans, and plenty of thriller/suspense is what you can expect from this .

Just don’t expect the intensity and brilliance you get from . 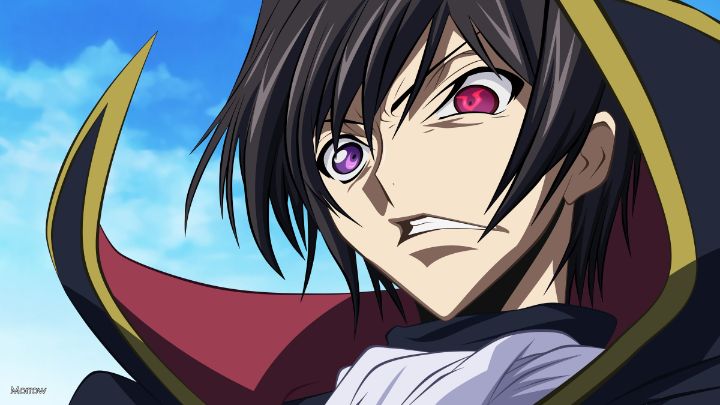 Code Geass is a masterpiece of an series. One of the greatest Mecha to have ever been released.

It’s about Lelouch. He lives in a world where the Japanese have been renamed “Elevens”. With Japan being called area Eleven.

This is a result of the Britannian empire.

After almost being killed, Lelouch makes a contract with a mysterious girl and gains the power of “Geass”. It allows you to control people by making a command through eye contact.

The goes deeper than just this. And has so much more to offer. The military aspects being one example, and the hype of watching the main character in action.

Lelouch is compared to Light Yagami for a reason. He’s just not as childish.

Monster is an by Madhouse, just like . It’s underrated and easily one of the best psychological ever made.

Kenzo Tenma, a surgeon, discovers something he later regrets: he saved the life of a kid who 10 years later is a serial killer.

Feeling guilty and ashamed of his actions, Kenzo quits his job and goes on the hunt for this serial killer. He feels responsible for saving his life, despite him not knowing at the time.

With over 70+ episodes of pursuit, heavy feelings of guilt, some of the best writing of an villain, and horror in general, Monster is an to remember.

What makes it even more of a masterpiece is the fact it has NO fantasy or supernatural elements. It’s “realistic” horror with true to life designs you just don’t see these days.

8+ Of The Best Anime Like Mieruko-Chan You Need To See!