It’s a hard-knock life for an introvert with social anxiety and inept social skills. Hitori Gotoh, the pink-haired main character of this series is exactly like that.

She sits in her room most of the time, on her laptop, reading comments and looking at the view counts of her uploaded cover videos. She has a passion for the guitar which was inspired by a certain Idol on TV.

Online she’s cool, but in real life, she struggles to communicate, talk effectively, and express the self-confidence she has when she’s performing. 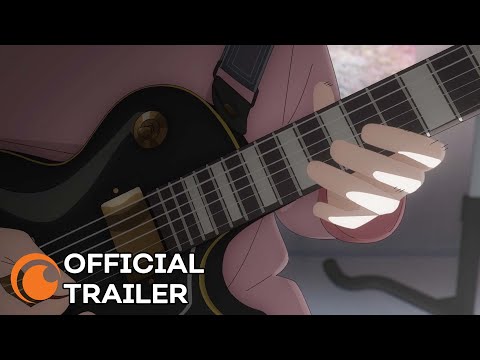 Here are some of the best anime like Bocchi The Rock. 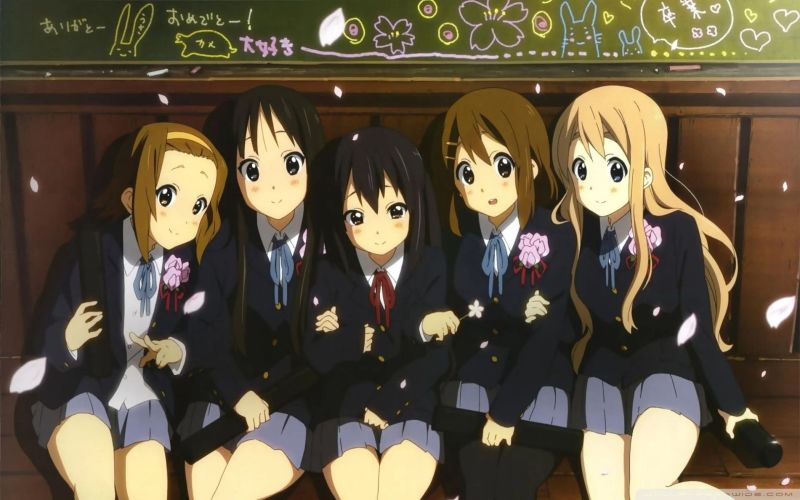 The king of Moe and . Many would call it that. This Kyoto Animation series is legendary at this point and well known in the community.

It’s the reason MOE became so popular as a subgenre in the industry, and it played a role in influencing it years later.

Yui Hirasawa is the airheaded main female character of the show, and one of the eventual members of the group After School Tea Time.

Mio Akiyama is the introvert of the series and the one who’s hard-working, takes things seriously, holds slackers accountable, and is easy to scare in some ways.

There’s Ritsu who’s a lot like Yui as far as how funny they are, and Tsumugi is the rich girl who eats cakes, drinks tea and brings tea to school, and invites everyone else to one of her many “beach” houses to practice and have fun.

They all eventually become a bit of a serious group while going through college.

Relevant: 19+ Moe Anime Characters Who Are Too Kawaii For Their Own Good 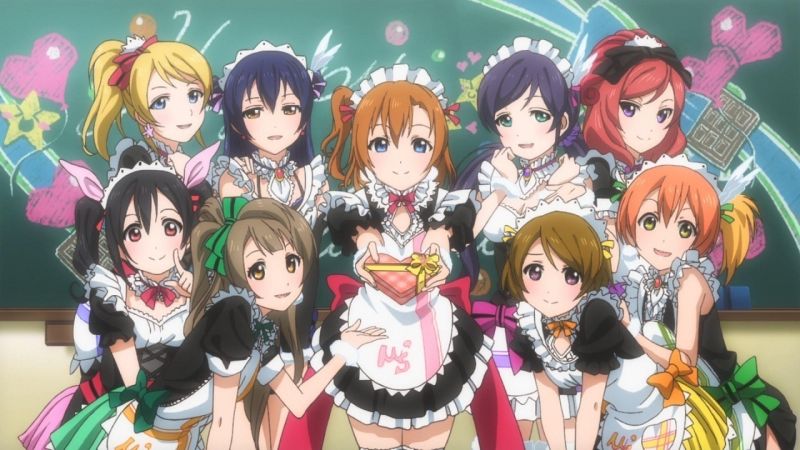 Love Live is a big franchise at this point and one that sells well with many seasons and new versions coming out consistently.

Honoka is the main female character who is not an introvert, but an obvious extrovert. She’s the reason a total of 9 members, including herself, becomes part of the Idol group U’s (Muse).

The element is similar to Bocchi The Rock and characters like Umi Sonoda are a lot like Hitori with their introversion, personality, and anxious ways of being.

All 9 members perform together, but it’s initially a lot less until they all get through their individual problems, clashes, and the usual that people in groups tend to deal with at some point. 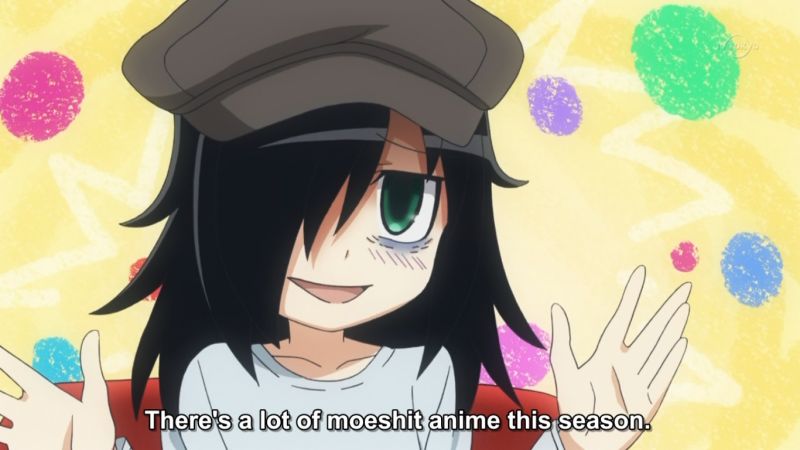 Tomoko Kuroki is one of anime’s most awkward female characters. And one who lacks self confidence. Socially awkward, inept, low self esteem, and not stereotypically attractive.

In fact, she’s a realistic character in this sense as the anime draws and designs her (and the environment sometimes) in a more true to life, unattractive style.

Despite her challenges, she has a good friend who sticks by her, and Tomoko still tries her best despite failing miserably a lot of the time. So there is progress outside of her awkward moments. 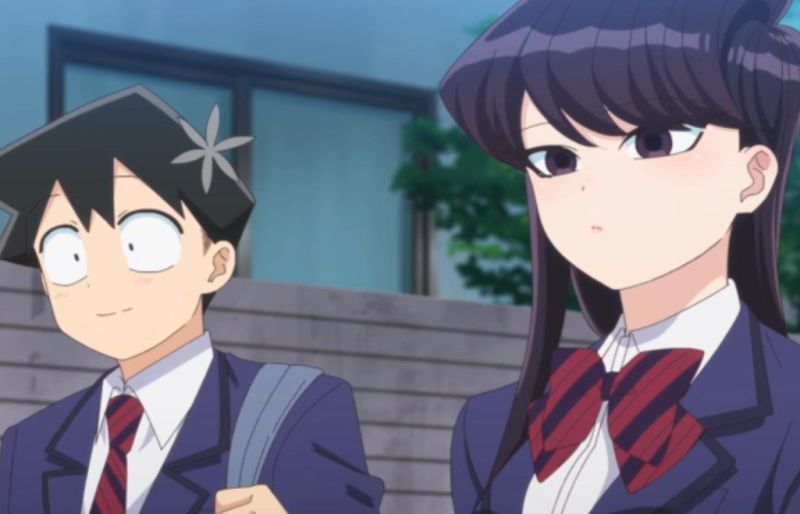 Komi San really can’t communicate. She’s mute in a literal sense. A person whos struggles with expressing herself, getting her words out, and actually striking up a conversation with people.

In this way, she’s more extreme than Hitori from Bocchi The Rock.

Her classmate after interacting with her decides to help Komi express herself more and overcome her speech challenges. And this leads to a type of , but nothing hardcore or extreme. 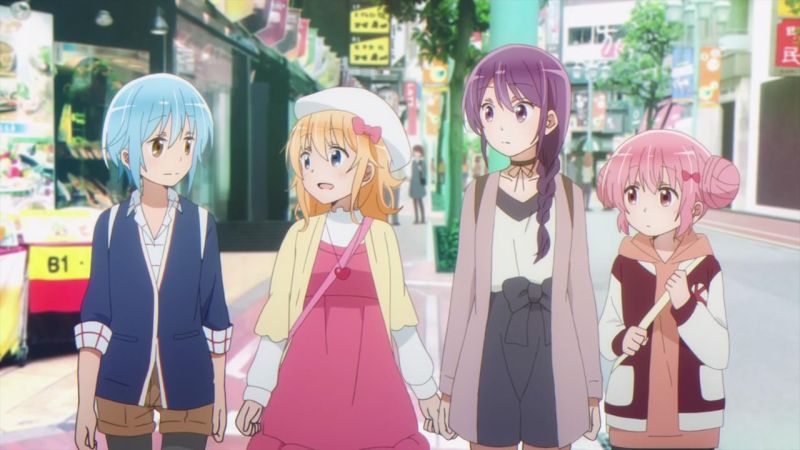 Moeta is the main anime character is called, she’s “moe” and a pink-haired girl who’s got her eyes set on becoming a artist. In fact, she already is one, even with her own editor.

The issue is she lacks confidence. After joining a sort of dormitory for artists like herself, she meets new friends, new people, a senpai, and slowly but surely starts to become better at her craft.

But not without comedy, silly moments, fangirling, and other lighthearted features baked into this anime filled with introverts and all kinds of character types.

Related: 17+ Slice Of Life Manga That Will Keep You Interested An anime with partly the same name. Bocchi actually means “alone” when translated, so it’s a pun when talking about either anime in this case.

Hitori is starting in a new school and has sworn to make new friends in her new school. But she’s an introvert, an awkward one, and has strong social anxiety. This plays out within the first 5 minutes of the series.

After awkwardly meeting her first friend called Nako, her goal of slowly gaining new friends, building her self confidence, and making school life easier starts to come to fruition.

The anime has a lot of life lessons and it’s realistic in a sense.

Relevant: 23+ Iyashikei Anime Series That Will Heal You 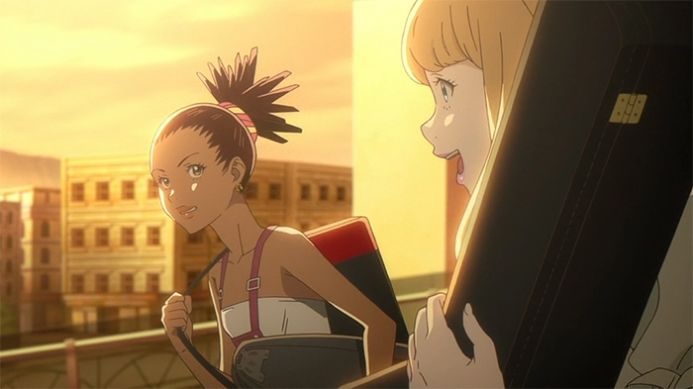 A series and one unlike any other. You have Carole, the one half of eh show. She’s a black female character with authentic features.

Then you have Tuesday, the blonde girl who joins up with Carole, both of who are from different backgrounds but have a similar interest in .

From the art style to the frames, the artwork, the , and the unique story telling, this is one of the best anime series there’s ever been in the industry (a genre with not so many).

It’s like a -looking version of Bocchi The Rock as far as designs, character ages, and more. 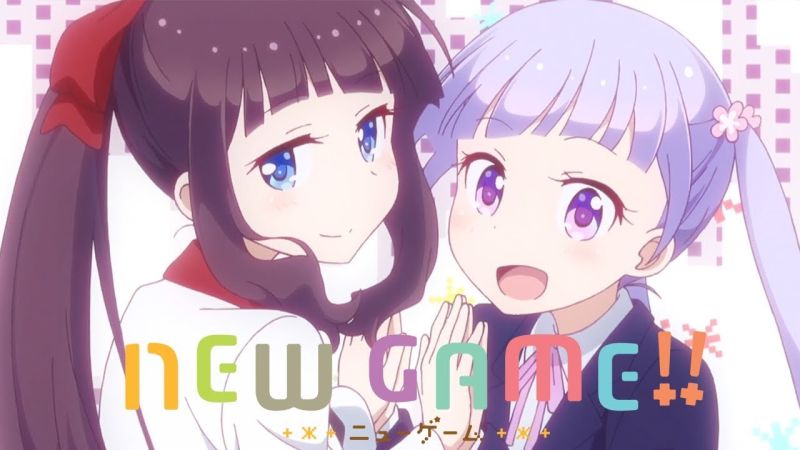 The purple-haired protagonist of this show called Aoba Suzukaze is a new employee at Eagle Jump. A gaming company that makes specific types of .

This anime tells the story from the female perspective in an environment of only women, but it’s nothing political.

As Aoba settles into her new role and overcomes some of her anxiety and “politically correct” approach to work, she gains more confidence in herself and starts to shine in her new role while living her dream. 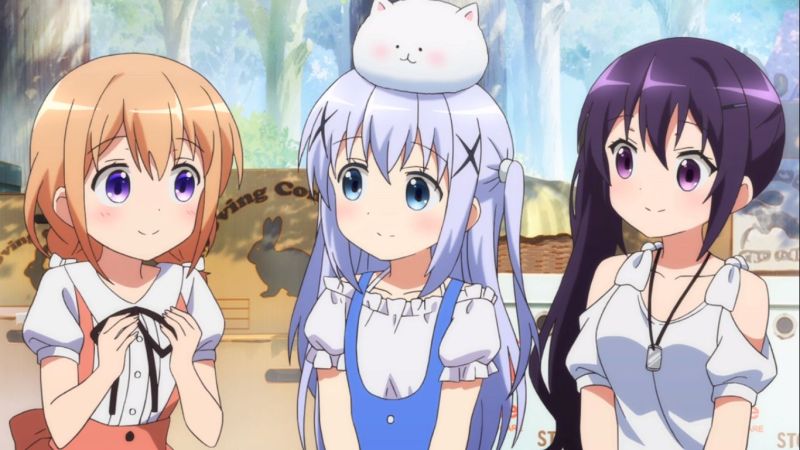 A anime with mainly female characters, just like Bocchi The Rock. The main introvert of the show is Chino Kafu, the granddaughter of a cafe who works in the business.

She usually has a strange rabbit sitting on top of her head that talks.

Her eventual friend Cocoa is the opposite. An extrovert who gets all her energy from being around other people and enjoys it.

There are senpai characters like Rize who everyone looks up to and admires. And other characters not worth mentioning here.

The plot is really about the working in their respective cafes, going out together, having fun, and living their teenage lives in a , setting. 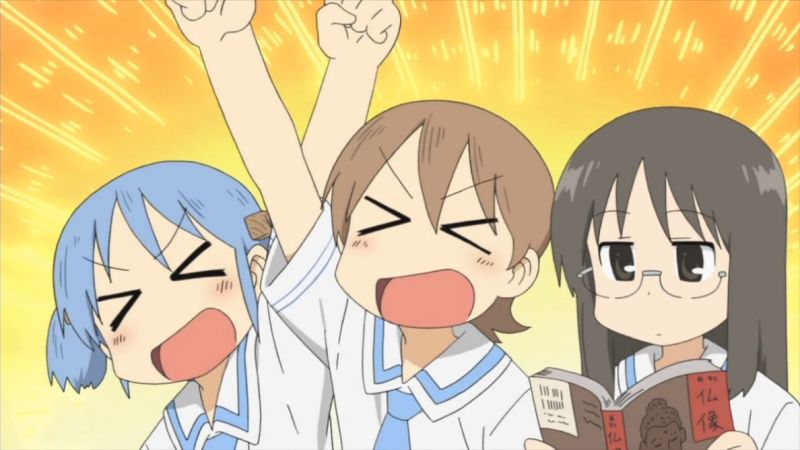 Though the anime itself didn’t do as well as expected, this Kyoto Animation has gone on to become one of the funniest anime made by the studio. And also one of the best /comedy out there.

The comedy is extreme, let’s start there. Meaning you’re gonna love it or you’re gonna hate it. But if you do like it, the comedy will hit the right notes and you’ll be sailing along without any problems. 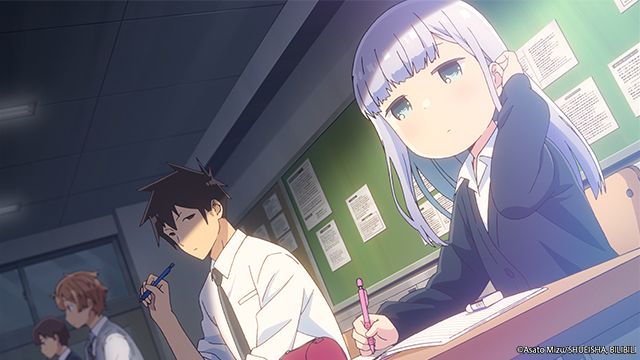 This anime is about the main character being hard to understand. It’s a wholesome series adapted from a manga.

Aharen is a lot like Hitori Gotoh. She’s introberted, awkward, shy, but in her case – it’s not that she can’t talk, it’s that she talks too quietly. And people can;t hear her so she talks directly into their ear.

It makes her seem weird especially when meeting and talking to new people.

Her evetual interest called Raidou Kun is a laid back, calm, and blank faced character who’s very realistic and understanding.

They’re both a pair of characters who fit unlike any others you can compare them to. They’re special.