The one thing that anime haters seem to MISS about anime is: it’s an inspirational, educational medium no different to TV and regular films.

The “anime is for kids” criticism isn’t grounded in reality. But getting back to this post.

Whether you’re new to anime, or you’re a seasoned fan in the community.

Why is Full Metal Alchemist Inspiring?

“Humankind cannot gain anything without first giving something in return. To obtain, something of equal value must be lost. That is alchemy’s first law of Equivalent Exchange.” – Alphonse Elric

But the fact is in life you have to give something to get something in return.

And there’s no exception to this rule.

If you try to cheat it by taking shortcuts, the results are never worth the price you pay for it.

Why is Assassination Classroom inspiring?

It’s inspiring because it teaches you life lessons that are powerful and make you think on a deep level.

The relationship in this Anime between Koro Sensei, and his students is also inspiring.

His teaching methods and philosophies are enough to give you a fresh perspective.

And Assassination Classroom has some great quotes too:

Related: 10 Reasons Why Koro Sensei Is The Best School Teacher You Never Had

More than anything, it’s the three Magic Knights (Image above).

But really it’s more about this quote:

“Remember this… no matter where you go, the strength of your mind and spirit is the most powerful magic of all.” – Princess Emeraude

Hikaru Shidou (red outfit) is courageous, fiercely committed, fearless, and has a “never give up” kind of attitude.

She’s not the type to sit around and wait for something to happen.

She makes it happen! And that’s a small portion of what’s inspiring about Magic Knight Rayearth.

Each character has a set of qualities that you can’t help be inspired by.

Why is Fairy Tail Inspiring?

It’s the friendships, relationships and the bonds each character has between each other.

And their sense of teamwork, togetherness, and fighting for what they believe in.

No matter what obstacles stand in their way. 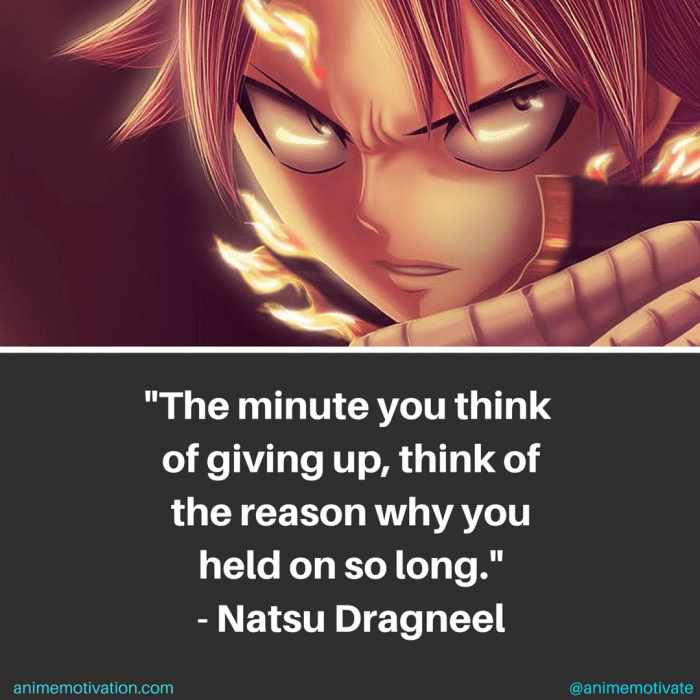 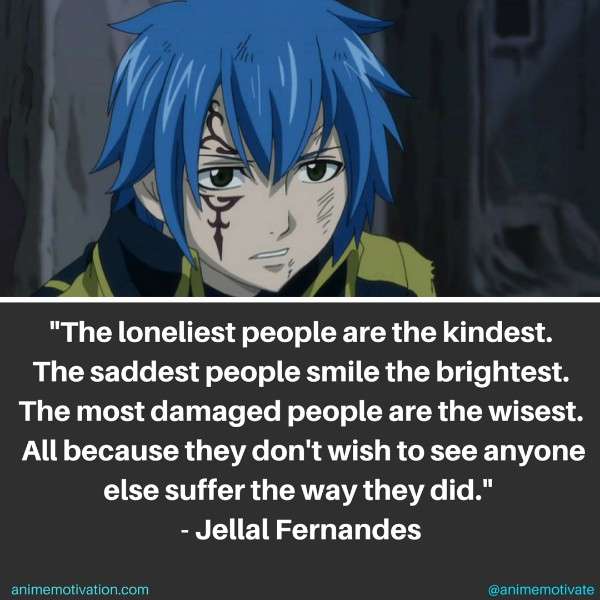 Related: The Most Legendary Fairy Tail Quotes That Will Touch Your Heart

What’s so inspiring about  Rurouni Kenshin? The story behind it.

Kenshin Himura is a samurai who’s pledged to never spill blood again, after being involved in a gruesome war that changed the history of Japan.

How does he make sure that never happens?

He carries a reversed blade sword incapable of killing.

And it’s this sword he uses to protect the lives of innocent people.

“Whatever you lose, you’ll find it again, but what you throw away you’ll never get it back.” – Kenshin Himura

There’s a bunch of inspirational/motivational Anime’s out there.

Nope. it’s the music or the perspective you have of the Anime that makes it inspiring. 🙂