Anime is fiction, but as the saying goes: art imitates life. And that’s why there are a lot of anime shows where you’ll find anime with big butts, big booty, big back off, or however you wanna word it.

It’s a reflection of what the real world offers in all of its variety, but with fictional aspects that can exaggerate or make it ridiculous.

Regardless of whichever floats your boat, here’s a list of anime who fit the description. 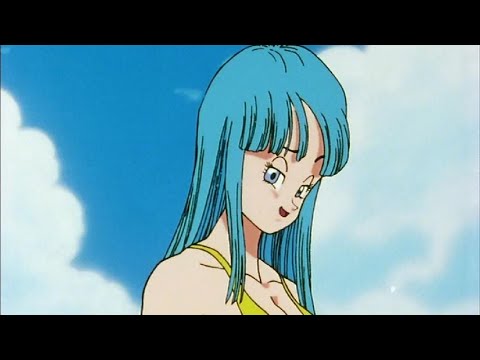 Remember the girl who looks like Bulma, but isn’t? Maron is the same girl Krillin later named his daughter after when he was with Android 18.

She’s a girl Krillin had a thing for. He was into her a lot. She always came by Master Roshi’s place and Krillin seemed to have the time of his life.

Maron is the type of girl who is absent-minded, not always aware of how she comes across, can be dense and airheaded, and superficial. She might be attractive and have a booty, but that’s all she had to offer.

She’s still a key part of history in her own way though. 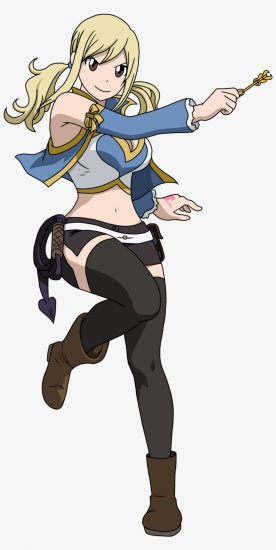 The celestial spirit user, Lucy Heartfilia. From the beginning of , she’s always been a relevant character and in a way, it’s like the story follows her lead at times.

She’s one of the most compassionate characters, empathetic, but funnily will use her beauty and looks to get what she wants if the situation desperately calls for it.

Confident, sassy, but down-to-earth and genuine (big booty and all). 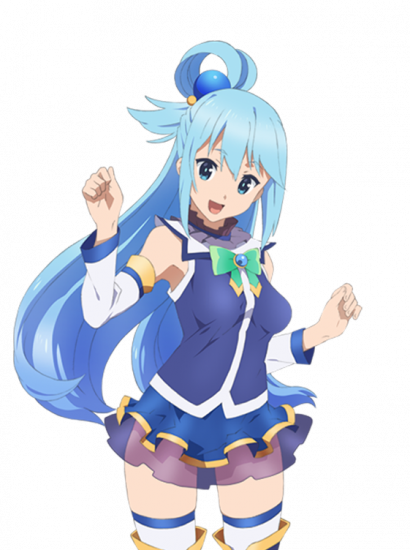 Aqua from Konosuba is the Goddess who grants Kazuma (the main protagonist) life again, and he’s reborn in another world. But she’s forced to tag along with him.

Nicknamed “useless” by the anime community, and by Kazuma himself in the anime, Aqua is known for having bad luck and bringing bad luck to her party and the people she surrounds herself with.

In fact, “luck” is literally her worst stat.

Despite being a parody character she has her merits and is easily one of the hottest anime girls from the Konosuba franchise. 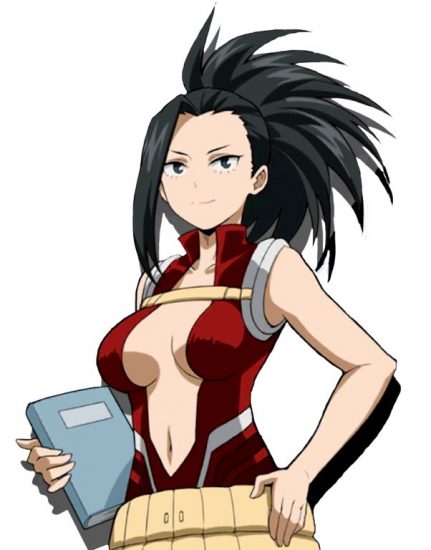 The intelligent character from . In a way, she’s like the female version of Izuku Midoriya.

Momo’s quirk (ability) is creation. To create the things she does on the fly or beforehand, she needs knowledge. She needs to understand the proprieties of the thing she creates, how it works, the material, and other intricate details.

This is why she’s one of the smartest characters in the series. Her ability depends on it. And of course, she’s one of ‘s most attractive female characters.

So much so that she’s ended up in controversies because of her voluptuous body. 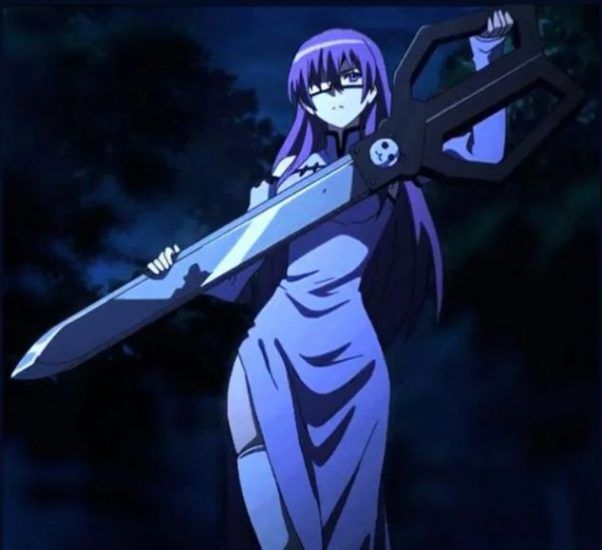 The purple-haired beauty from . She even has purple hair to match her purple outfit. When assassination or killing someone, she follows it up with “I’m sorry” as an apology.

She’s also the one character who wears in ‘s night raid assassination group. And is a curvaceous character.

Sheele uses a blade able to cut through anything and anyone without exception. No armour can protect against it.

At her core, Sheele is a kind person who went down a dark path in life thanks to her experiences, troubles, and unfortunate circumstances.

The fanservice girl from . That’s how she’s treated for the better part of a whole season. This only changes when season 2 rolls around.

Tamaki has a fighting style similar to that of a cat. She uses flames, has a tail when using her pyrokinetic abilities, and is more fierce.

Her ability is also the reason why she apparently ends up in awkward situations with other characters like Shinra and others.

The main magic girl of the Fate series. She’s from the Tohsaka family, and she stands on her family’s name with pride and honour. She carries that with confidence and she herself has become a strong mage that’s true to the Tohsaka name,

Rin might be a Tsundere, but she’s not over the top and doesn’t really do the typical things some anime exaggerate to extremes.

She’s the romantic interest of Shirou and plays a key part in the Fate Stay Night series in particular.

Mirajane works in Sorcerer weekly. It’s a magazine with models. That plays in the rare moments of with Mirajane, and it speaks to her figure in general as a female character.

She’s one of the kindest characters there is. In fact, her kindness is the reason why most people are sp shocked when they see her demon form (take over magic).

She’d rather avoid having a fight even though she has more than enough power to end most fights being an S-class wizard and one of ‘s strongest.

The nurse of the Of The Dead series. She shows up a little later but not too far into the plot. She’s also a useless character when all is said and done in the anime.

Despite her features and having sex appeal (the anime is after all), besides this, you could boil her character down to being a cliche blonde, physically and by the way she carries herself.

But then again, her character isn’t there to impress.

Relevant: 23+ Of The Best Anime Girls With Big Boobs (Oppai) Who Deserve Credit

10. Rit (Banished From The Hero’s Party)

The wife/girlfriend of Red from Banished From The Hero’s Party. Rit is the blonde ex-princess girl who wants to live out in the countryside with Red, and that’s what happens.

They both own a shop selling the equivalent of medicine of all kinds and other items. Rit is accommodating, gentle, protective, and surprisingly violent when the time comes to fight or defend herself and those she cares for.

She has the qualities of a wife in a lot of ways.

The one girl who’s obsessed with Gray Fullbuster, and can’t keep her eyes off him. To the point of accusing Lucy of being interested when she’s clearly not.

Juvia is the kind of girl who clings to the guy she likes, and is fully committed to them despite being overbearing and coming on so strong. That said, she’s the type to be a wife for life as well.

She’s truly loyal in every sense of the word, and she defines what “love” looks like, inward and outward.

Juvia is also curvaceous and stunning, which is typical of .

The main star of the show besides Kanie. Isuzu is stoic, mostly laid back, quiet, and not the loudest person in the room. But she does command respect from everyone around her.

She doesn’t mince her words and gets straight to the point. And knows how to work hard and get things done without complaint.

She’s also of course one of the eye candies of the Amagi Brilliant Park series.

The devil from DxD. She’s red-headed too which makes it more ironic. Rias is a female character in the anime industry almost no fan doesn’t know about already.

She’s one of that iconic waifus who people will always know about despite the new characters (popular ones) coming into the community on a yearly basis.

Her relationship with Issei and her body shots (butt shots as well) make her memorable. 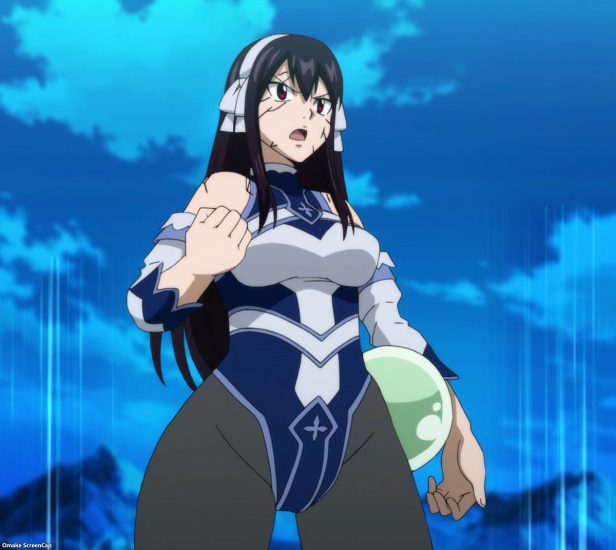 The one character who gave up more than most, and paid a heavy price which she sees as facing her sins in life. Ultear is a character with depth and purpose in the series. And one who gets less screen time over time.

She’s known for manipulating Jellal in the Tower Of Heaven which everyone assumed was Zeref who did it. She’s also known for being part of Grimoire Heart, a dark guild.

These “stains” on her image are what make the world see her in a certain light, but those closest to her know the truth and respect her for making amends and working to make a better future while overcoming her regrets and past actions.

She’s also a character and one with black/brown hair.

She’s one of the pro heroes you get to see in the early stages of . And one whose quirk allows her to grow bigger and become stronger as a result (like a Titan of sorts).

Mt. Lady is a fun character and a fun girl. She’s laid back, chilled, doesn’t take much too seriously and has a good sense of humour.  She enjoys life and looks at things in a positive light mostly.

She’s known for her “assets” and in a way can be compared to the character Cana Alberona as far as personality. 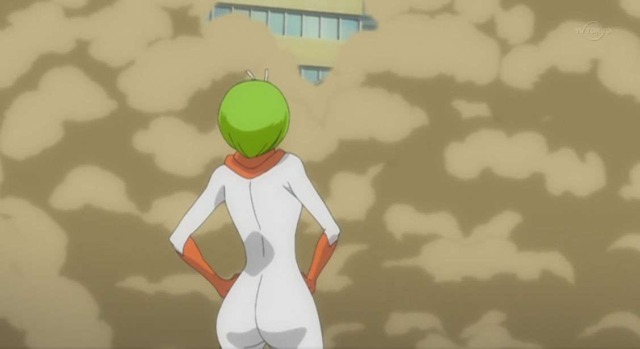 Mashiro is the member of the group who’s more on the cheery side of things, with her own comical way of naming her fighting moves (kicks in particular) when fighting an enemy.

She’s surprisingly strong and has a big butt.

Related: 20+ Of The Most THICC Anime Waifu’s

It’s only natural to mention a character like Hinata. After all, she’s thicc, stacked, and is one of Naruto’s most obviously attractive ladies. Many love her, but some hate her.

She’s the now wife of Naruto Uzumaki in Boruto, and she’s always had her eye on Naruto from the beginning of the original series. She always related to Naruto since they’re both rejected and doubted by others.

She’s the most deserving female character for Naruto Uzumaki and so everything panned out the way it should. 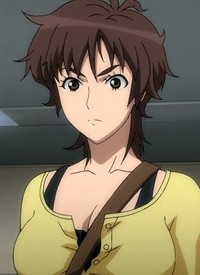 Masane is the mother of Ryouko from Witchblade, a witty little girl whos , , and a relevant part of the overall series. A weapon called a Witchblade attaches itself to certain women in the anime.

It’s the reason Masane survived “the great quake” that destroyed Tokyo. She and her daughter were the only survivors and she lost her memory.

As a mother, Masane will do anything for her child, and that’s proven through actions when things get dire. Her life, her money, she does it all for her daughter.

Some characters nickname Masane “melony” for her assets. 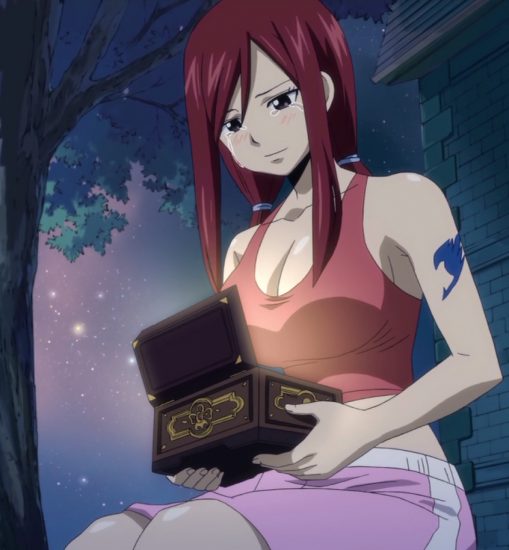 Erza, nicknamed Tatania – queen of the fairies. The red-headed woman gets her second name from Jellal Fernandes. Erza has no qualms about using her sexuality when it counts, even though she wouldn’t admit it.

She’s outwardly confident, , a person with a high moral standing and principles she’s willing to die or kill for. And she won’t hesitate to hold anyone accountable, even friends, family, or enemies.

In this way, she doesn’t allow double standards to take root and holds everyone to the same standard that she expects of herself.

Underneath her outward confidence is deep insecurities and trauma that she hides from the world.

Erza is designed as a character and there’s no way around that fact.

Other anime with big butts: