You’ve probably heard of at least one of these sites before. Why? Because technically speaking, these sites pirate videos.

They upload them, allowing fans to stream almost any show for FREE.

It’s things like this that come up in conversation when talking about “piracy” in the industry.

So let’s dive into it, plus other things worth mentioning as to why piracy’s hurting the industry. And in a strange way, how anime piracy is HELPING the industry as well…

While sites like Crunchyroll have made lots of progress… In reality, their catalog of shows is seriously lacking.

Trying to deny this would be like denying the air that you’re breathing.

And it’s not just either. Neither is it 100% their fault.

All these companies have too little ‘s sitting in their digital catalogs.

And the shows that are available? They’re full of commercial, popular, mega-successful shows.

Because well, we’ve already watched all of them.

Outside of the “obvious” list of shows, there’s not much of anything. Except some of the latest.

And so – watching for FREE is the easier, more convenient option for fans.

Affordability and morals have little to do with it. Convenience is what matters.

You know what I’m talking about, right?

Because is blocked throughout the UK, Europe, some parts of Asia, and who knows where else.

Here’s a “live” example of what happens on a global scale.

You search for an show on a site like for example. 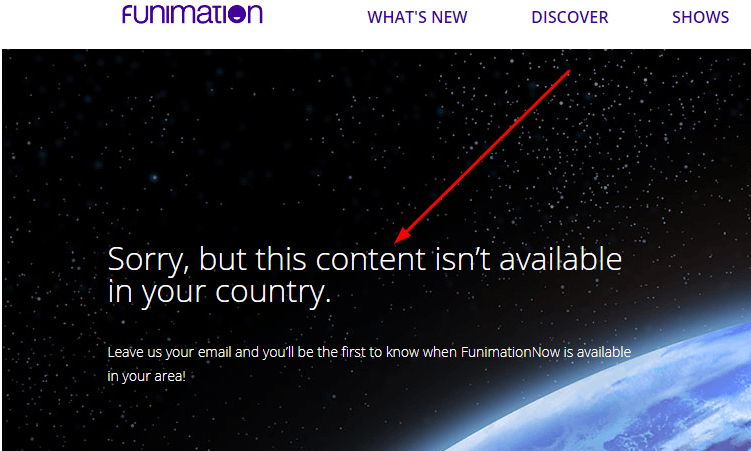 This is important because of one reason: Piracy.

Is it any wonder pirate websites are so popular?

Who do you think is making these sites popular in the first place?

No it’s not the pirates. It’s fans who have no other options other than to watch FREE .

And in most cases, they don’t even know that the site their watching on is “illegal”.

When content is blocked in your country. that leaves you with few choices.

Related: Why Anime’s Not Popular In The UK Compared To USA & Japan

3. DVD’S are also hard to get hold of in most countries

See the image above? Getting your hands on like this is a DREAM in most countries.

Most shops who sell this stuff are one of two things:

And the reason it’s hard to get a hold of is because of licensing issues.

Licensing has the industry in a headlock outside of Japan.

And squeezing out of that headlock has proven difficult so far. Hence why Piracy exists.

4. Japan doesn’t care about in other countries

I’m obviously exaggerating a bit here. Japan DOES care, or else why bother at all?

But in some ways this is also true. Here’s why:

In some ways, Japan is lax about the issue with . That’s why they’re so “tight” with their licenses and regulations.

Plus Japan is a different culture of its own, so there’s a barrier there too.

I can’t say whether Piracy is a problem in Japan (doubtful), but around the world it is. And this adds to that problem, even if unintentionally.

How Piracy (Ironically) Helps The Industry:

Mad, init? Think about this. As a result of piracy:

Shows like , AOT and are successful because of Piracy.

Is that the only reason? Of course not. But piracy plays a big role because of “mass” exposure to millions of fans worldwide.

Hence why , AOT and are so damn big, huge, profitable and famous.

This is true for many other shows, too. Even the one’s that aren’t “famous”.

2. Encourages fans to spend on & figures 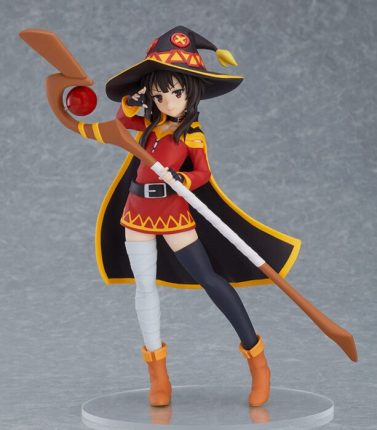 Megumin Konosuba Pop Up Parade Figure Start Shopping
We earn a commission from Amazon & other affiliates if you make a purchase at no additional cost to you.

Some fans become BIG spenders of , and . I

t all starts with being exposed to FREE online. Provided by “pirates”. Others become moderate spenders of merch.

In both scenarios, more is created in the economy of .

You a product from a retailer for example. More are then bought from a distributor to serve you (customers).

It’s a virtuous cycle. And everybody (ironically) wins. Even though it all started with piracy…

Piracy is a double-edged sword.

It’s a complex issue. Piracy is far from “killing” the industry. Not even close.

But it’s “hurting” the industry to an extent, even if it helps in other ways at the same time.

And yet – if this continues, how long will the industry be able to deal with it?

What Can Save The Anime Industry From Dying?