Just when you thought things couldn’t get more bizarre or comical, they always do. Especially when it comes to the community or anything related to it.

The popular multiplayer video game called VRChat ls of course in virtual reality. That’s the point of it.

The game was created by Graham Gaylor and Jesse Joudrey, and allows players to use 3D avatars and interact with each other. 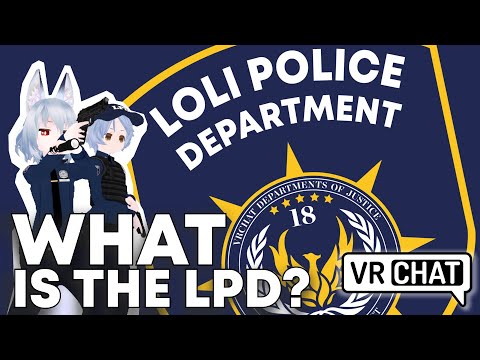 One of their latest projects in recent years is The Loli Police Department. To an fan hearing this it sounds like sarcasm, a joke, or the usual humor related to Loli’s in general.

To an average person it sounds weird, and to Twitter, well you can only imagine.

What it actually is in reality is a fun project designed for the virtual realty that VRChat represents.

“The Loli Police Department, also known simply as the LPD, is a group of VRChat users using Loli Police officer models to entertain bystanders by enforcing the law within VRChat.”

Roleplay is the main part of it, so it’s all for shits and giggles.

This is pointed out well by Input Magazine:

“Early last year, Jura was at the spa, chilling in a communal bath and having a casual chat with friends, when the Loli Police Department burst into the building.

He and his pals froze at the sight of the group, clad in uniforms and brandishing guns. The LPD had come to the spa to arrest a wanted criminal, and the person in question wasn’t going down without a fight.

Before Jura had time to react, he was witnessing a hostage situation. The criminal grabbed an innocent bystander and started making demands to negotiate his escape. Suddenly, shots rang out, and an LPD officer hit the ground. The police team called for backup — and shortly thereafter, the LPD’s SWAT team stormed the building. Eventually, the hostage was freed, and the criminal was taken to jail.” 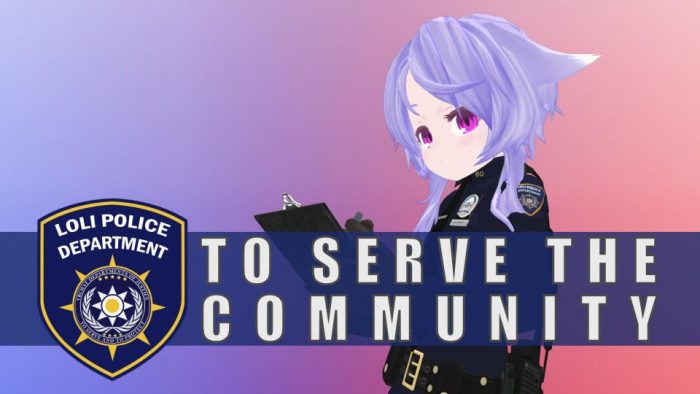 “Although the LPD was initially founded to protect Lolis against lewders, it quickly developed into a full-fledged VRChat police force. Today, the LPD is promoting a self-image of comedic interaction under the guise of “protecting the security of VRChat.” This group is mainly operating for entertainment. Though, if the need arises, LPD officers are known to help users.”

“The department was founded in early 2018 by former Chief Sarma under the original number of precinct 60. The group roleplays as police officers in order to create funny interactions with the VRChat community. They also try to fight against harassment in any shape or form. It is the forefront of justice in the virtual realms of VRChat.”

As you can blatantly see, this is an obvious play on the sarcasm and humor that surrounds Loli culture in or . And the memes online relating to “protect loli’s from lewding” and what not.

VRChat played on this and even though it’s all fun and games (pun intended), the LPD is designed to help players when and if necessary. So it serves more than one purpose.

I’m surprised their social media presence isn’t bigger than it already is. 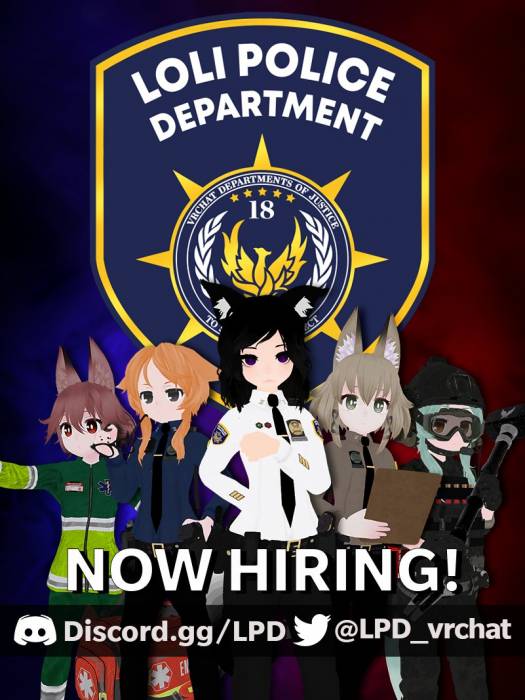 24 Of The Smallest Anime Characters You’ll Ever Come Across