Uzaki Chan Wants To Hang Out is an unlikely in the way it was adapted.

Last year around November/December 2019, the was criticized by SJW’S and the loud minority of the USA. Uzaki was used for a bloodrive donation in Japan with the Red Cross (to get people donating blood).

This controversy continued into January 2020 where Comiket bent the knee, only to realize their mistake and they reversed their decisions.

From there – all of a sudden they announced the will be adapted into an series. And here we are today. 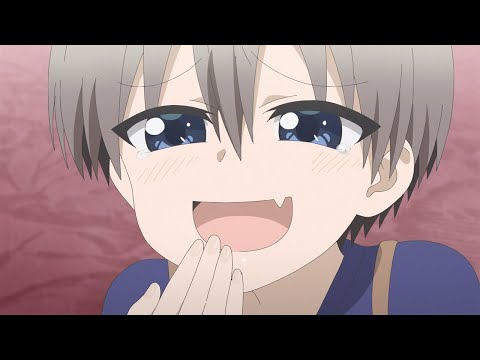 Is the any good? And is it even worth the energy to start watching it? I’d say yes.

The is and slice of life, just like Saekano. So if fan service bothers you, this isn’t the for you.

But regardless – here’s what I think about Uzaki Chan in general.

Why I Recommend Uzaki Chan Wants To Hang Out: 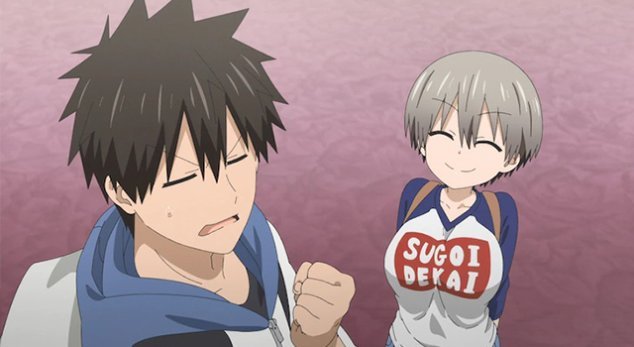 This might sound simplistic or even basic, but it’s true either way. The “Ecchi” is made better by the slice of life format.

This way it’s not in your face at every opportunity, and the episodes focus on Uzaki and Sakurai while they’re both studying in college.

The slice of life format lets you learn about the characters at a pace that’s chilled. Without the story feeling rushed or pushy. And it eases you in without trying to be dramatic to hold your attention.

Well, ignoring the antics later on.

From the first episode I’ll admit – Uzaki comes across as:

And nothing but a pest. These feelings are mirrored by Sakurai, the male MC who’s known Uzaki since childhood. 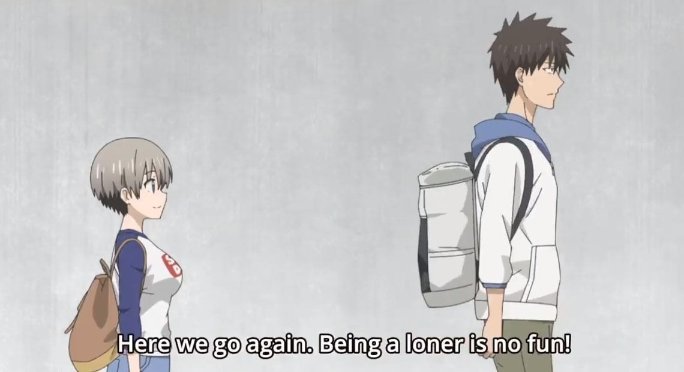 Uzaki always finds a way to “hang out” with Sakurai, and seemingly insults and takes the absolute piss out of his tendency to be alone.

Without context it looks like she’s verbally abusing the guy and bashing him for not conforming.

It’s why some fans hate her guts on the surface. Even to the point of stupidity.

But readers know that Uzaki Chan likes Sakurai. And that’s why she pursues him in an indirect way. Instead of being straightforward she’s subtle about her interests.

And then you have Sakurai, the male MC. If you ask me he’s the real star of the show. I relate to his experiences.

Sakurai is an introvert who minds his own business and even though he has friends, he doesn’t need to be around others 24/7.

This plays into his annoyance with Uzaki when she’s pestering him. But their relationship slowly grows overtime as they spend more time together. Thanks to Uzaki’s relentless attitude.

Makes you wonder though – would it be considered “cute” if the shoe was on the other foot?

Like I mentioned in point #1, the slice of life format is part of this reason. But the pacing isn’t equal in all slice of life shows, and Uzaki Chan does well here. 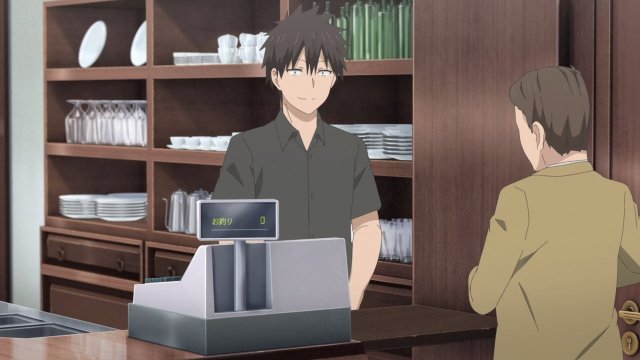 Sakurai goes to college and he works in a café. Here and there Uzaki will show up and their “comedy act” starts to unfold. A part of the ’s charm, and other times – cringey and cliché.

The pacing is what keeps everything tied together though, and it’s one of the ’s highlights.

The side characters I’m talking about are the daughter and father who work and own the café. Mr Asai and Ami Asai.

Ami is the daughter who like her father, loves observing other people and the joy that comes with it.

She goes out of her way to observe Sakurai and Uzaki because they always make a scene when together.

Mr Asai is the same. Both him and his daughter make the effort to put Sakurai and Uzaki in situations for their own pleasure.

It’s kinda twisted in a way.

Both characters are underrated for the humor they bring to the ’s table. And deep down they both mean well as they just want Sakurai and Uzaki’s relationship to improve.

Other than these 2 characters, there’s 1 other, and that’s it. The “small” amount of side characters makes their involvement more memorable.

Let’s talk about the fan service

Uzaki Chan is an , no surprise. And it shouldn’t surprise anyone who starts watching it.

In the beginning of Uzaki Chan Wants To Hang Out, other than the obvious “SUGOI DEKAI” there’s not really any “out of place” fan service.

Some scenes (like when Uzaki is stuck in the bushes, and it looks like Sakurai is bending her over) might make you cringe. Or turn away from the . More likely if you’re a radical feminist or you’re offended by everything.

If you can overlook or “get over” some of the ’s clichés, it starts to turn into something decent.

But who knows what’s coming in the next 6-7 episodes and how the will finish.

After all is said and done, it’s a decent

The is something I didn’t mention but it fits the mood and the scenes. And even though the animation isn’t no Violet Evergarden, it’s pleasing enough.

You’ll probably warm to Uzaki Chan. Let’s see if that continues in the last 6-7 episodes that will air until September 2020.

Does Rent A Girlfriend Deserve All The HYPE & Popularity?