Uryu Ishida is the human/quincy from the Bleach series. And there’s many times where he’s made a name for himself with his memorable fights, speeches, and friendship with Ichigo.

Similar to a character like Vegeta from , Uryu has a past and he’s also one of the last surviving members of the Quincy race.

He takes pride in that, has confidence, is dedicated and level headed, making him a good compliment to Ichigo.

This differences plays heavily into his quotes in Bleach, and his character as a whole.

Let’s get in the best quotes! 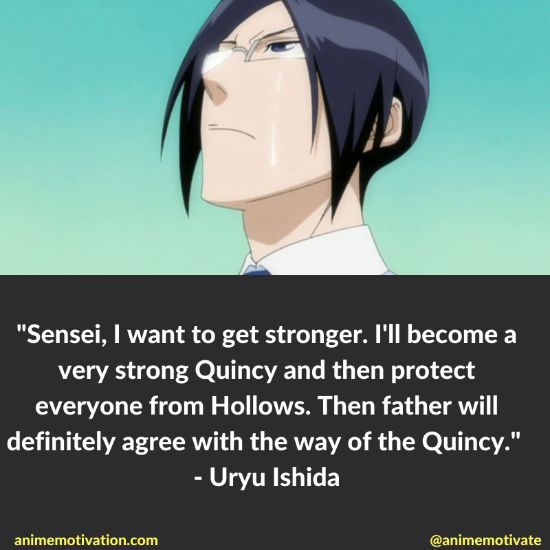 “Sensei, I want to get stronger. I’ll become a very strong Quincy and then protect everyone from Hollows. Then father will definitely agree with the way of the Quincy.” – Uryu Ishida 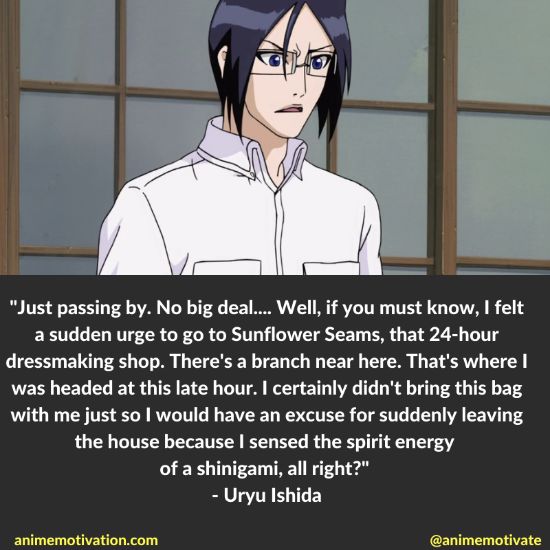 “Just passing by. No big deal…. Well, if you must know, I felt a sudden urge to go to Sunflower Seams, that 24-hour dressmaking shop. There’s a branch near here. That’s where I was headed at this late hour. I certainly didn’t bring this bag with me just so I would have an excuse for suddenly leaving the house because I sensed the spirit energy of a shinigami, all right?” – Uryu Ishida 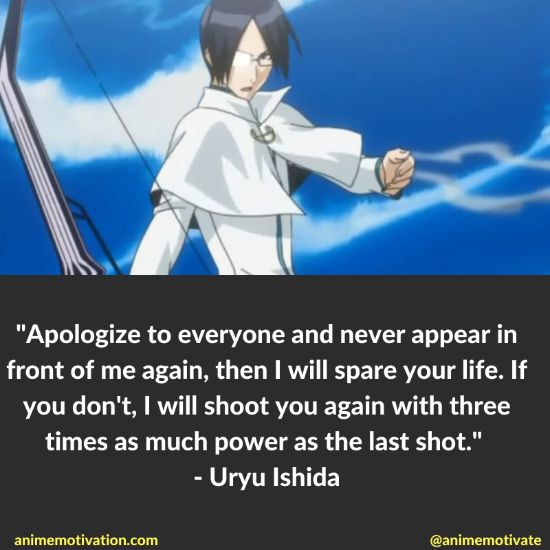 “Apologize to everyone and never appear in front of me again, then I will spare your life. If you don’t, I will shoot you again with three times as much power as the last shot.” – Uryu Ishida 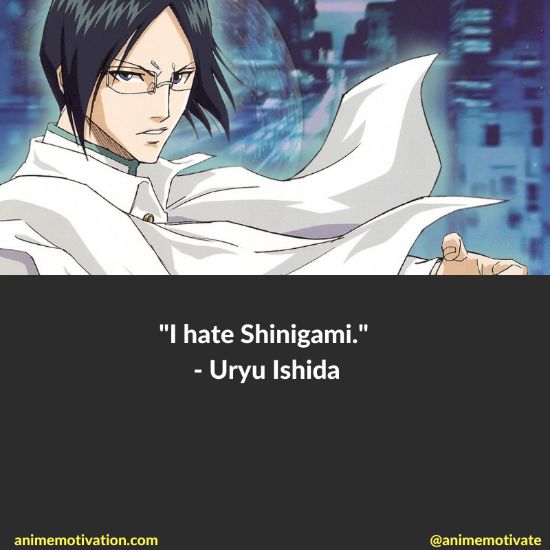 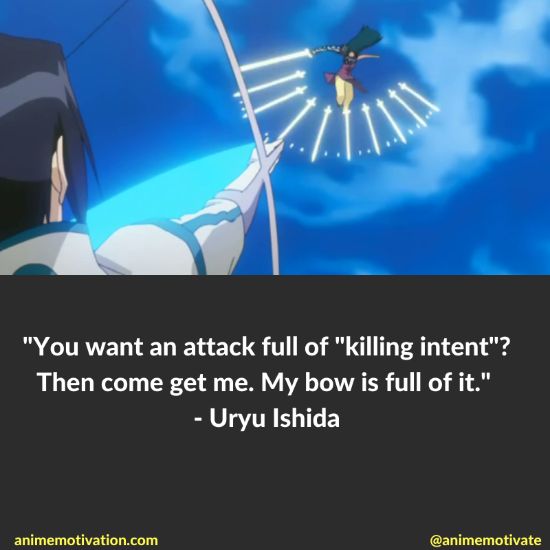 “You want an attack full of “killing intent”? Then come get me. My bow is full of it.” – Uryu Ishida 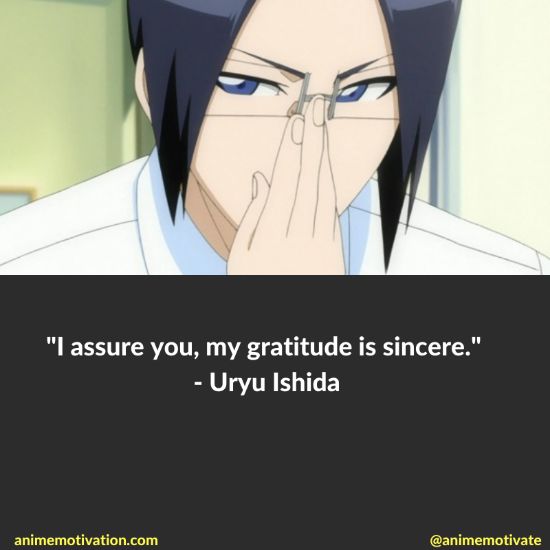 “I assure you, my gratitude is sincere.” – Uryu Ishida 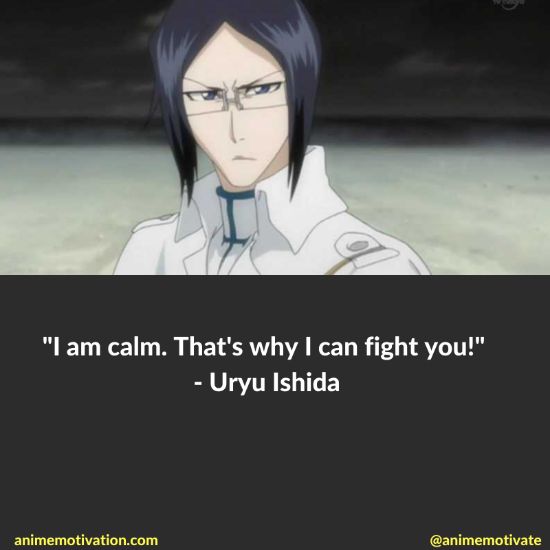 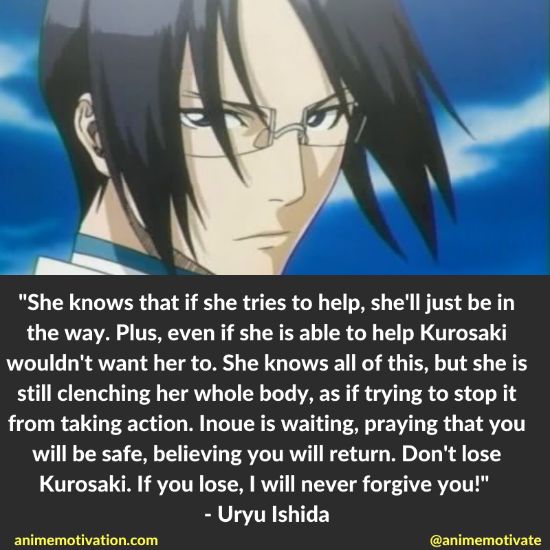 “She knows that if she tries to help, she’ll just be in the way. Plus, even if she is able to help Kurosaki wouldn’t want her to. She knows all of this, but she is still clenching her whole body, as if trying to stop it from taking action. Inoue is waiting, praying that you will be safe, believing you will return. Don’t lose Kurosaki. If you lose, I will never forgive you!” – Uryu Ishida 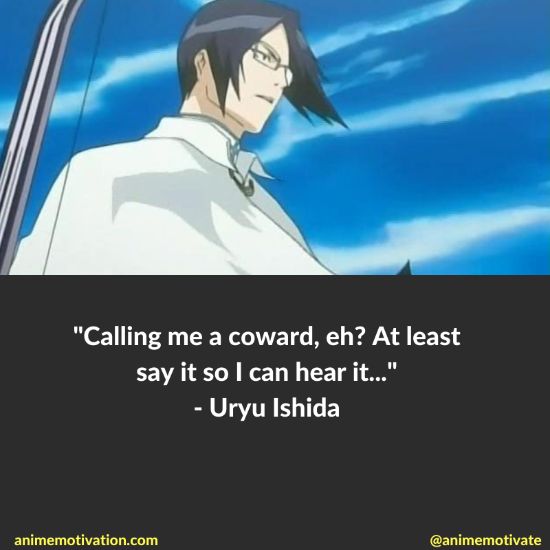 “Calling me a coward, eh? At least say it so I can hear it…” – Uryu Ishida 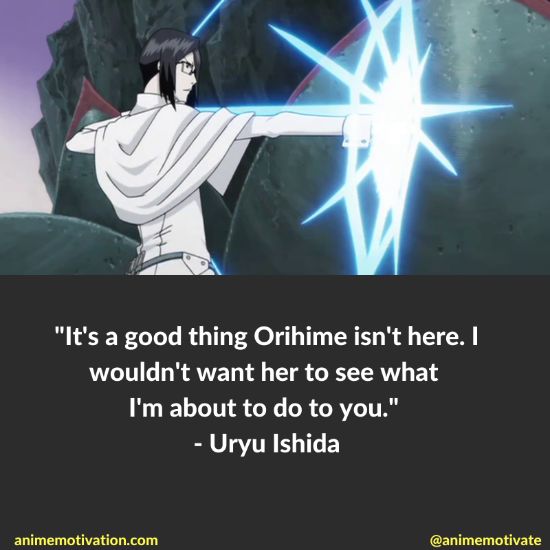 “It’s a good thing Orihime isn’t here. I wouldn’t want her to see what I’m about to do to you.” – Uryu Ishida 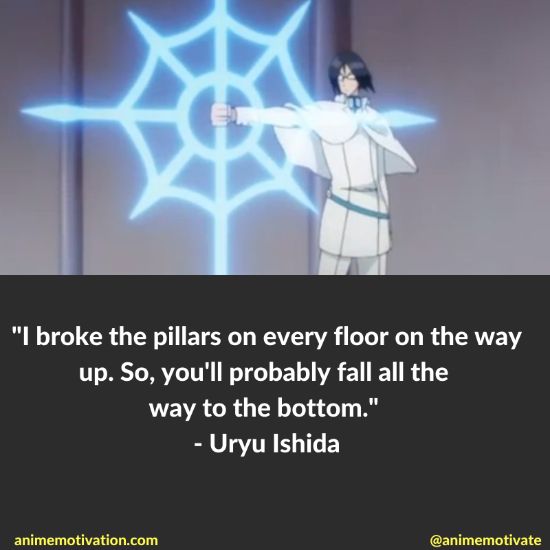 “I broke the pillars on every floor on the way up. So, you’ll probably fall all the way to the bottom.” – Uryu Ishida 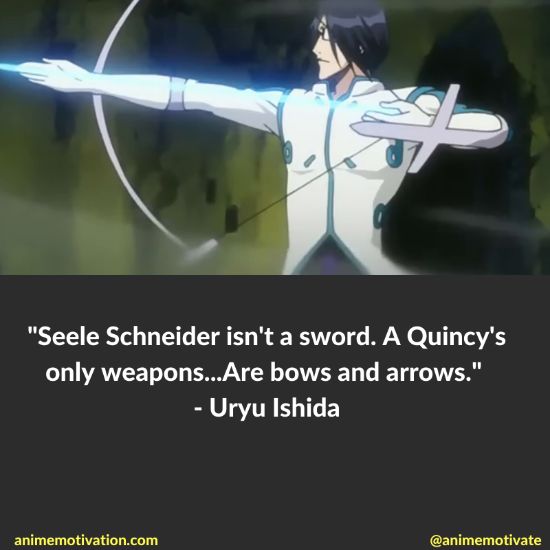 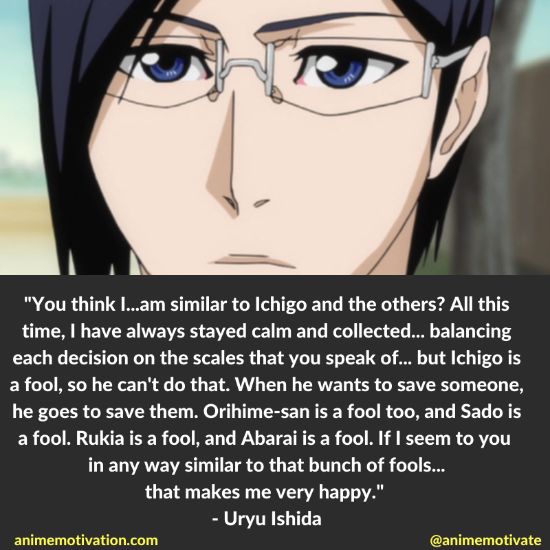 “You think I…am similar to Ichigo and the others? All this time, I have always stayed calm and collected… balancing each decision on the scales that you speak of… but Ichigo is a fool, so he can’t do that. When he wants to save someone, he goes to save them. Orihime-san is a fool too, and Sado is a fool. Rukia is a fool, and Abarai is a fool. If I seem to you in any way similar to that bunch of fools…that makes me very happy.” – Uryu Ishida 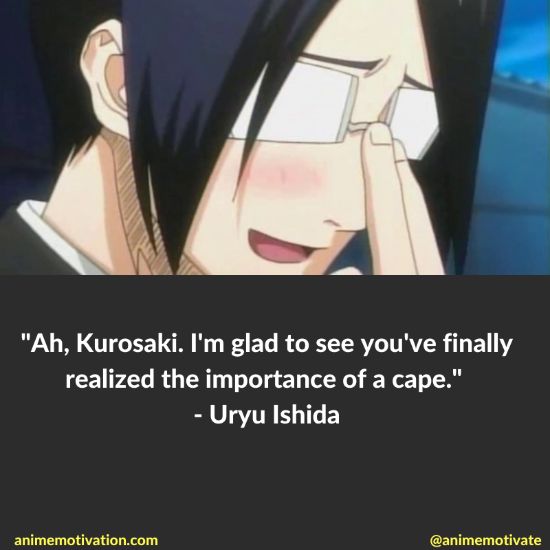 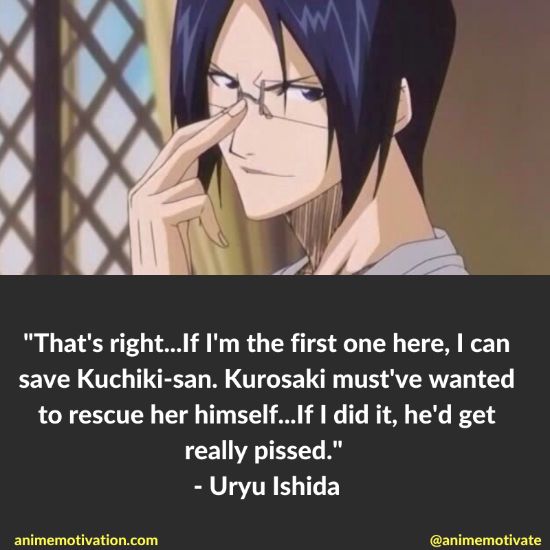 “That’s right…If I’m the first one here, I can save Kuchiki-san. Kurosaki must’ve wanted to rescue her himself…If I did it, he’d get really pissed.” – Uryu Ishida “I swear by the pride of the Quincy…I will KILL you!” – Uryu Ishida 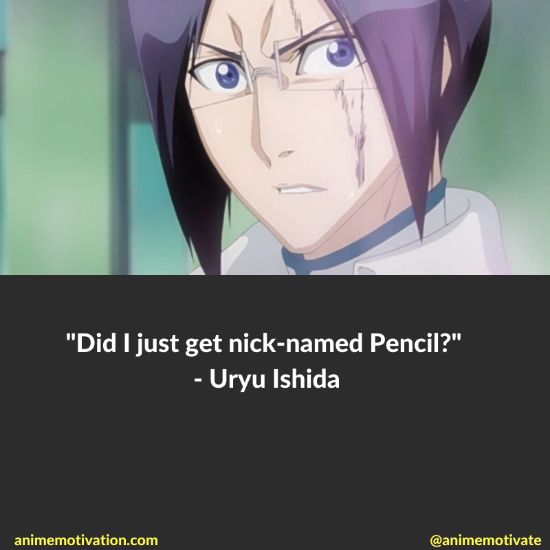 “Did I just get nick-named Pencil?” – Uryu Ishida 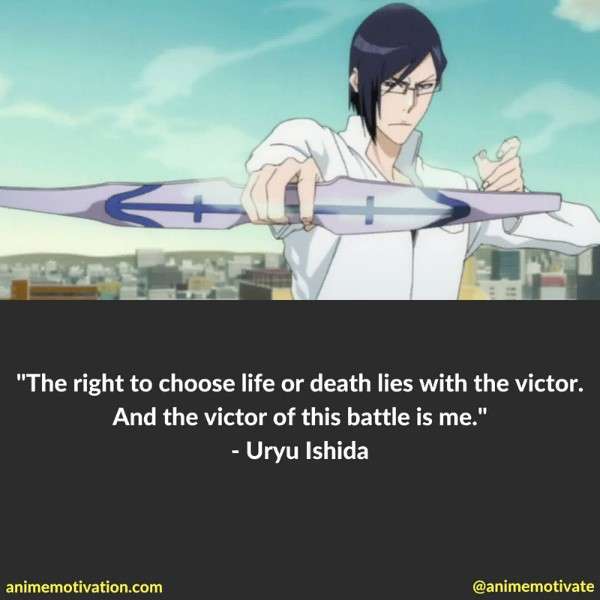 “The right to choose life or death lies with the victor. And the victor of this battle is me.” – Uryu Ishida