There’s more than a bunch of upcoming in summer 2020. And that’s all in spite of the #coronavirus delaying anime every other week.

Some are big name shows with new seasons, and others are brand new.

I’ll focus on shows that have:

As far as what the publishers and studios have said. 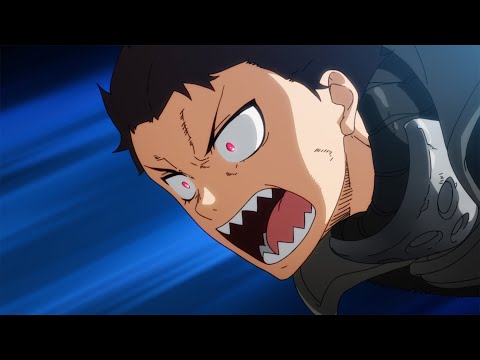 Made by David Productions studio. was one of the killers of 2019 alongside .

Relevant: A Collection Of The BEST Quotes From Fire Force

Oregairu has been a favorite slice of life/school show for years. With its discreet psychological elements and meaningful characters.

Related: 70+ Of The Most Memorable Oregairu Quotes That Will Stick With You It’s a big that came from a popular webtoons project, just like Tower Of God.

This was set for April 2020 but got delayed because of the coronavirus.

There’s no official air date for July 2020 yet.

5. Uzaki Chan Wants To Hang Out Uzaki Chan Wants To Hang Out is being adapted from a .

The main character: Uzaki Chan caused a lot of controversy in late 2019 and early 2020.

After the storm passed they decided to adapt it into an and here we are.

6. Peter Grill To Kenja No Jikan

Peter Grill is the name of the  and the main character in this harem.

Female characters want his “seed” and that’s where the ‘s narrative starts from.

Deca-Dance is an action sci-fi/adventure series I love the look of. It’s being made by NUT (seriously).

This curious looking airs on July 8th 2020. And should bring something different to ‘s 2020 line up.

Dokyuu HxEros is being made by Project No.9. And is a comedy/ecchi show based in school.

Related: 13+ Clean Animes That Don’t Include Fan-Service Or Ecchi Content

Gibiate is a mix of horror, martial arts and samurai. I can only wonder how that will turn out once it airs.

Monster Girl Doctor is another version of Monster Musume, if you’re familiar with that.

The studio behind it is Arvo Animation, with a release date of July 12th 2020.

Umayon is a spin off of Pretty Derby (the slice of life horse girl series from 2018).

12. Alicization: War Of The Underworld Season 2

With the last episode ending the way it did, and ‘s obvious fanbase, season 2 of “war of the underworld” takes place on July 12th 2020.

With the way Alicization has been dominating, we can only expect more juice to get squeezed out of this one.

Re:Zero season 2 is finally on its way after a couple of years without a follow-up.

The is done by White Fox Studios (Steins Gate, ).

The air date is July 8th 2020, and was originally meant for April but got delayed thanks to corona. Rent A Girlfriend is self explanatory. This playful series might cause some outrage with the self righteous Twitter mob.

The studio is TMS Entertainment. And will air July 11th 2020.

15. The Misfit of Demon King Academy Lapis Re:LiGHTs is set to be a . Unlike other on this list it’s an ORIGINAL series.

The studio behind it is Yokohama Animation Lab and it’ll air on July 4th 2020. Koi To Producer: EVOLxLOVE has the studio MAPPA behind it. Same studio as “The God Of High School”.

This slice of life/superpower series will air July 16th 2020.

This mystery romance has NO official release date, but it’s confirmed for sometime in July 2020.

No official studio has been confirmed yet.

Bureau of Supernatural Investigation is a mystery/action set for July 7th 2020.

The studio behind it is Studio DEEN (Higurashi, Log Horizon).

That’s it for now. Watch out for more UPCOMING news.