Uncensored shows aren’t necessarily rare, but it can be depending on the type of we’re talking about.

The types of that have been banned or censored over the years are:

And any genres relating to, or connected to the ones I’ve already mentioned (like fantasy).

Even though that can change based on which country the airs in, as a general rule the in this post have avoided censorship. Either because it wasn’t possible, companies refused to air it, or otherwise. 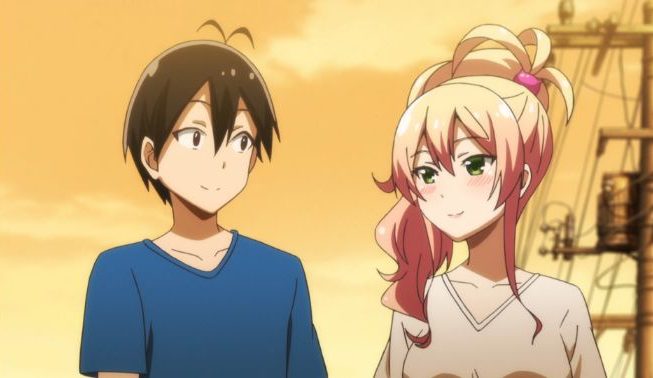 Let’s start off by saying this: Hajimete No Gal isn’t the best Ecchi series in the slightest. Or “school” .

The comedy, the jokes, the fan service, and the ethics have no bounds.

An example of this is one character who’s perversion is taken to extremes, making you do a double take or even a triple take.

Despite these elements in this typical Harem/Ecchi style of , it received no censorship or anything of the sort…. As a general rule.

Then again, it wasn’t the most popular and isn’t exactly a franchise either. 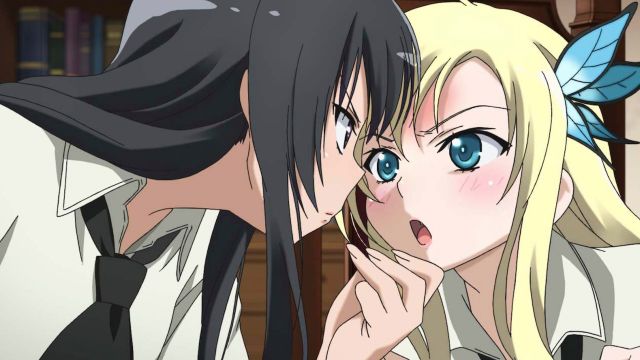 Haganai: I Don’t Have Many Friends is an with a lot going on. It’s a school that tackles loneliness and not having any friends.

The main characters start “the neighbours club” to tackle this issue and make more friends with a safe space.

The also is Ecchi and doesn’t shy away from fan service, booty shots, or other elements that censorship tends to target.

It also tackles bullying and manages to merge these themes without collapsing on itself (comedy as well).

It’s considered underrated by many. 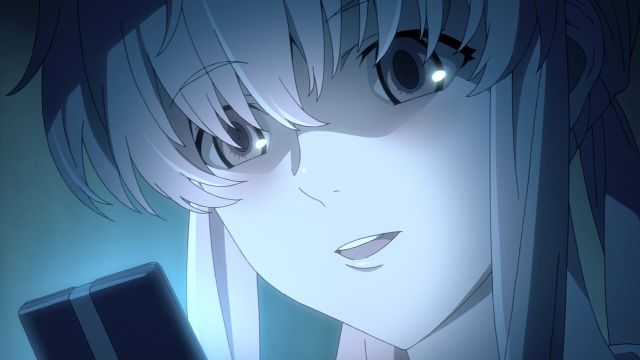 Mirai Nikki is an with the most popular Yandere of all time: Yuno Gasai. She’s a teenager with a messed up childhood involving abuse and an unhealthy home environment.

This is the catalyst for her behaviour in the , the violence, the lengths she’s willing to go to, and even the uncensored scenes overall.

It’s a psychological series mixing survival of the fittest elements with straight up brutality, savagery, twisted romance, and satisfying amounts of action with mystery. 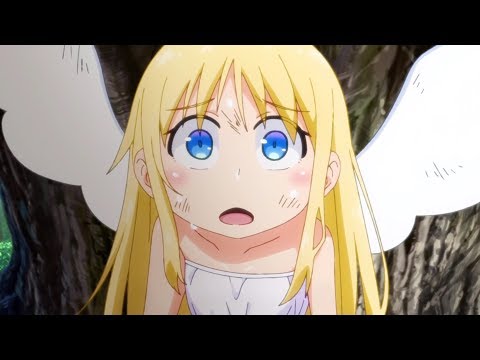 Ishuzoku Reviewers, also known as “Interspecies Reviewers” is an about brothels. Each brothel has a unique set of monster girls.

The main male characters travel to these brothels, get down and dirty with the girls, and then leave a personal review after their session.

This is the main plot that stays consistent throughout this series.

Companies like got their hands on it, but couldn’t find ways to censor it. So they ditched it all together.

As a result, the  mostly has one version and hasn’t been changed drastically. 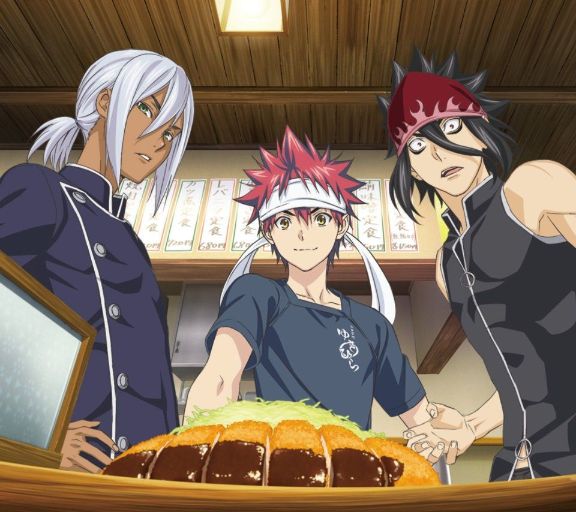 Food Wars is successful for a good reason: it brings something NEW to the table of Shounen, Ecchi, and food .

As the characters taste test gorgeous looking food, they experience “foodgasms” and it’s animated to the point of perfection.

It’s a work of art, and hilarious as well.

The doesn’t discriminate. Men, women, they both get the same treatment and it actually enhances the ‘s overall quality and plot style.

Purely uncensored to top it all off! 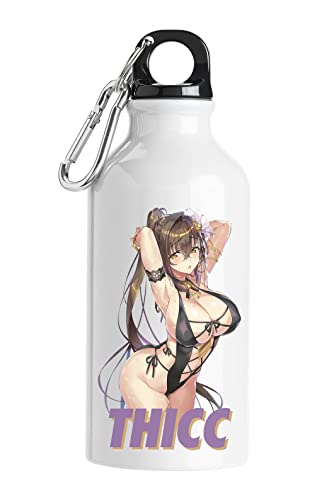 Thicc Cute Ecchi Anime Girl Tourist Water Bottle White 500ml Shop on Amazon
We earn a commission from Amazon & other affiliates if you make a purchase at no additional cost to you. 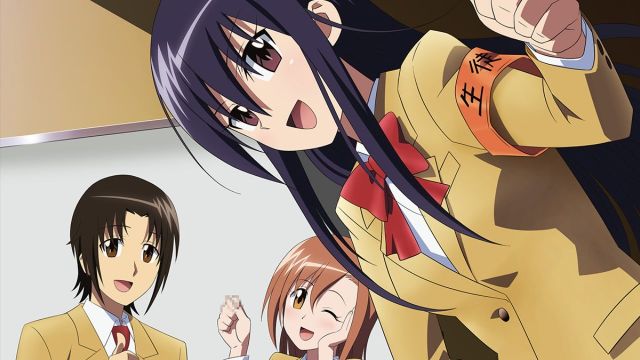 Seitokai Yakuindomo is the type of that “censors” certain scenes deliberately, to make a moment more comedic or effective. So it’s not that type of censorship.

The is about the student council members in a school that’s gone from an all girls to also having boys.

The fact that it doesn’t rely or even need fan service to make a point is an art in itself. It’s underrated in the slice of life genre.

7. How NOT To Summon A Demon Lord 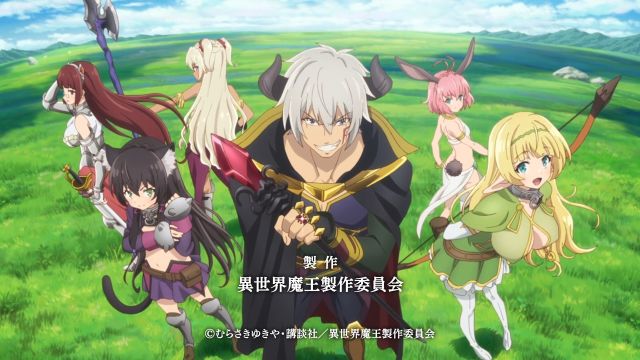 An about an Otaku who ends up in the world of his favorite game, playing as the ultimate demon lord himself. That’s the premise of this /Ecchi series.

As his journey begins, Diablo indirectly builds his harem, and the fan service isn’t shy about jumping to extremes either.

In fact it’s the kind of Ecchi you DON’T want to be caught watching. It’s a step further than many comparable shows in that department.

Related: 18 Of The WORST Anime You’d Be Crazy To Watch With Parents

Peach Boy Riverside is an that aired July 2021. It’s actually made by the same author as Miss Kobayashi’s Dragon Maid!

In this world there are high level ogres, and ogres of all kinds. Tree ogres, human-looking ogres with horns, and more.

2 characters with peach powers (the main characters) rival their strength, and the story follows Sally’s journey to uniting them to stop the fights between them.

The doesn’t hold anything back with its violence, savage fights, action or otherwise. In fact the fights are well done visually, making it an entertaining Shounen unlike many others.

Related: 11 + Of The Greatest Anime Like Peach Boy Riverside 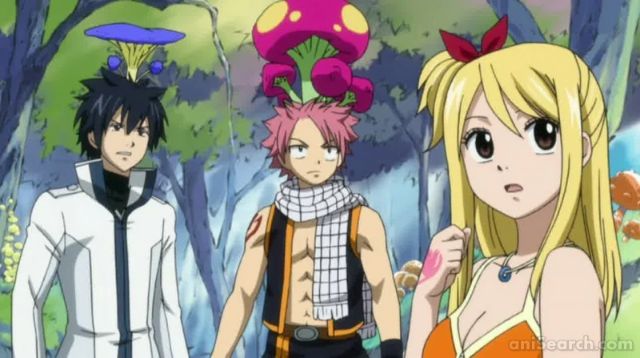 This is about the guild, and the adventures of its guild members in Fiore.

is interesting when it comes to uncensored shows. It doesn’t seem like one that comes to mind but it is.

The fan service speaks for itself. When does NOT hold back when showing skin of its male or female characters?

In a way, it’s a borderline Ecchi series but not quite. Even if the fan service can be excessive at times.

The action itself was never made to be violent or brutal, but more importantly: nothing is edited or cut out so it’s legit. 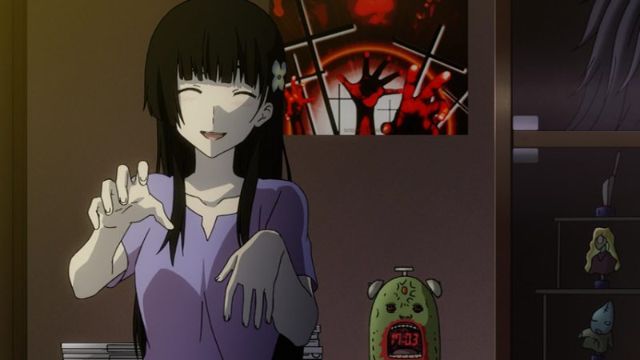 Sankarea: Undying Love is an Ecchi series that fly’s under the radar a bit. It’s a unique one.

Chihiro, one of the MC’S, is obsessed with zombies. It’s to the point where he wants a zombie girlfriend and he won’t have it any other way.

He gets his wish but by accident. And in the process he ends up reviving his dead cat which becomes a zombie.

The romance between Rea and Chihiro, Rea’s family connection and her sicko father…. There’s a lot of weirdness to this , and even disturbing themes.

For a short series though it’s well put together, just a little on the short side. 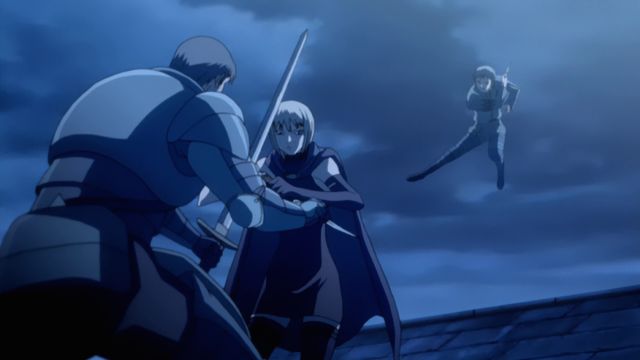 Claymore is another that flies under the radar a bit these days. But it is still recognized and a popular no doubt.

Made by Madhouse studios, Claymore is a term used for female fighters who are half human, half demon. They’re paid for their work by a mysterious organization.

The underbelly of this is cruel and depressing. The action, at times, results in depressing moments for the main characters.

The violence, the cruelty, you can expect all of it, even the ugly parts of it to be there without any sort of censorship. 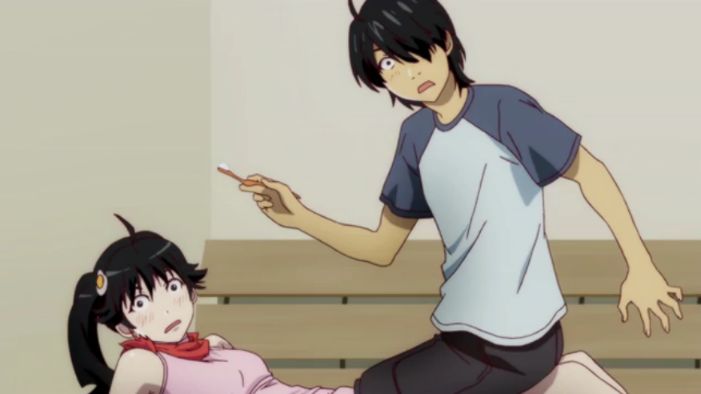 This is an with Ecchi, Vampires, supernatural elements and romance.

Monogatari gets away with things most wouldn’t dare to include. It’s an oddball of a series, but that’s not surprising.

Why? The studio is SHAFT. They’re known for their weird shows. Weird, but with the kind of high quality comparable shows can’t vouch for.

The plot is diverse, it changes a lot depending on the character of focus, and the visuals look stunning from start to finish.

The famous toothbrush scene made me CRINGE harder than anything I’ve seen in an , but it’s an example of what I meant when I implied the is daring. 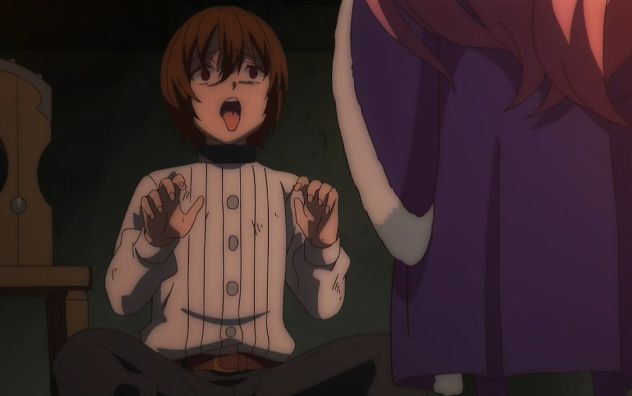 Redo Of Healer is about revenge at the highest level, and in the darkest way you can imagine.

After being abused, tortured, r*ped and manipulated for years, Keyaru develops a resistance to the drugs he’s forced to take. And eventually resets time.

His purpose is to redo everything, and get revenge against his oppressor who happens to be a woman who seems innocent.

In the end they’re both “almost” the same, and are equally as blunt. Whether it be action, violence, or sex scenes. 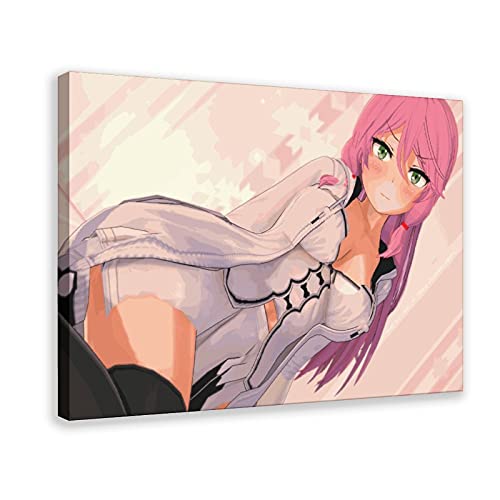 Redo of Healer Anime Poster Canvas Flare Shop with Amazon
We earn a commission from Amazon & other affiliates if you make a purchase at no additional cost to you.

High School DxD is about demon girls and a lucky guy who gets to be around them. You might as well call it that.

It’s unsurprising to know the is littered with fan service (it’s Ecchi) but it tends to take it a step further than comparable shows.

Being the king of Ecchi, or the Ecchi almost everyone thinks of when they reference the genre, it’s only right that the is uncensored, unfiltered, raw, and uncut.

It’s perfect for fans looking for this type of material. 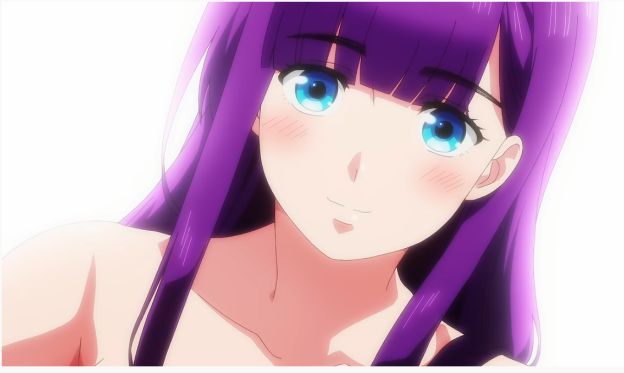 World’s End Harem is another unfiltered, raw, and uncut for 2021 that’s Ecchi like Redo Of Healer.

Mankind is dying out. Most men have been wiped out by a virus. Men are given the task of getting women PREGNANT to repopulate.

The mission is to get the numbers back up at any cost.

A conveniently sounding plot it might seem, but the isn’t shy about it or trying to hide it.

It might not win any awards in 2021 for ratings, reviews, or otherwise, but the is spot on for what it serves and for who wants to be served by it. 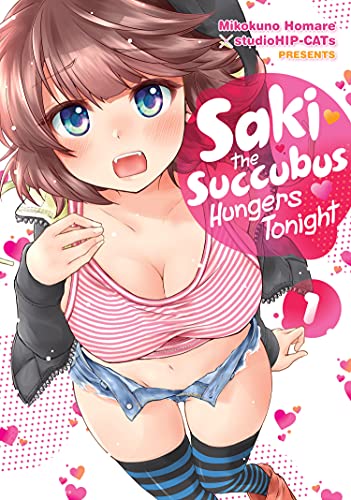 Saki the Succubus Hungers Tonight, Vol. 1 Shop on Amazon
We earn a commission from Amazon & other affiliates if you make a purchase at no additional cost to you. 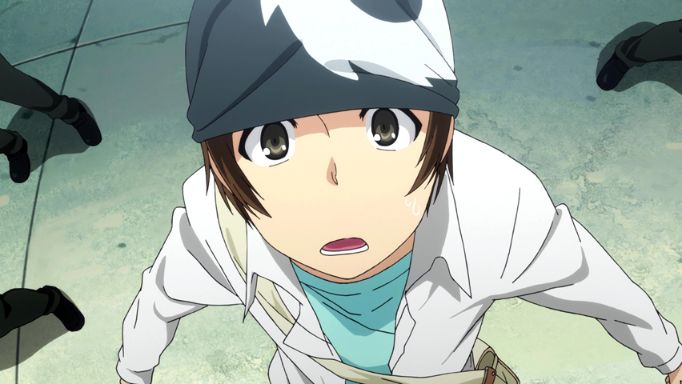 Shimoneta, an by J.C Staff, might just be their most unfiltered they’ve ever released.

The English title is A Boring World Where The Concept Of Dirty Jokes Doesn’t Exist.

In a society where things are so politically correct that you can’t make dirty jokes, or even talk about sex, what do you do?

It’s to the point where citizens have a clasp over their neck that “rings” if a person dares to say anything considered unclean. In which case the SJW’s literally arrest you and throw you in jail.

Ayame Kajou isn’t having any of this BS. She’s on a mission to change it with the help of Tanukichi Okuma, and the dialogue is raw as F.

This is about a revolutionary army (and assassins) who are rebellign against government corruption. Their goal is to destroy it in order to rebuild a better society.

It’s not like they’re being dramatic either. The government beheads its citizens in public for the smallest thing like spilling milk out in public.

People are taxed up to their eyeballs and have nothing of what you could call a “life”. That’s why resent is at an all time high.

Akame Ga Kill is a Shounen that steers itself in a different direction.

Plot armor? None of that over here.

characters who are saved by the power of friendship or some other cliche? None of that over here.

When a character dies in this universe, it’s over.

Realism is what makes shine, and it’s why its become one of the most famous Shounen in the last decade.

Relevant: These Are The BEST Anime Shows With The Least Plot Armor 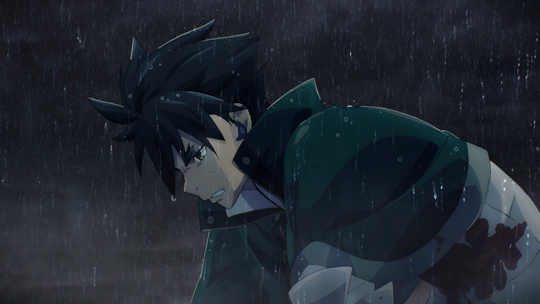 God Eater is an adapted from video games. It’s done in CGI, but don’t worry, it’s not the type of sh*tty CGI you’re used to seeing.

The ‘s plot is about a type of monster called Aragami. A unit of fighters who used weapons called “God Eaters” fight agianst the Aragami to protect what’s left of society.

The weapons themselves are made out of the Aragami.

The say this anime is horrific is an understatement. It’s outright evil with its violence in some scenes, and it looks so realistic that it only adds to the brutality.

Few can claim to look this good visually, or to have CGI that doesn’t make your eyes bleed at the sight of it.

15+ Of The Greatest Yandere Anime Characters