Un-Go is an anime series produced by one of the best: Studio Bones. Same studio as .

If you’re into this mystery/supernatural series, this list of quotes are a must to see. 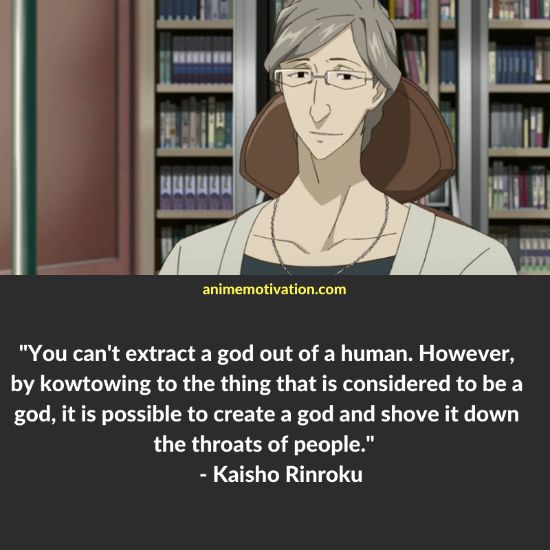 “You can’t extract a god out of a human. However, by kowtowing to the thing that is considered to be a god, it is possible to create a god and shove it down the throats of people.” – Kaisho Rinroku 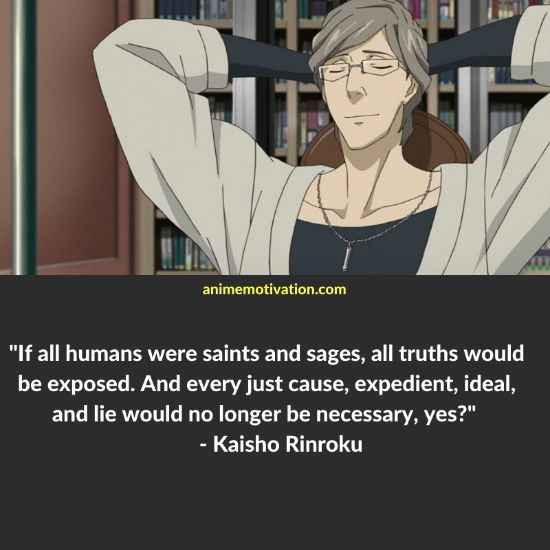 “If all humans were saints and sages, all truths would be exposed. And every just cause, expedient, ideal, and lie would no longer be necessary, yes?” – Kaisho Rinroku 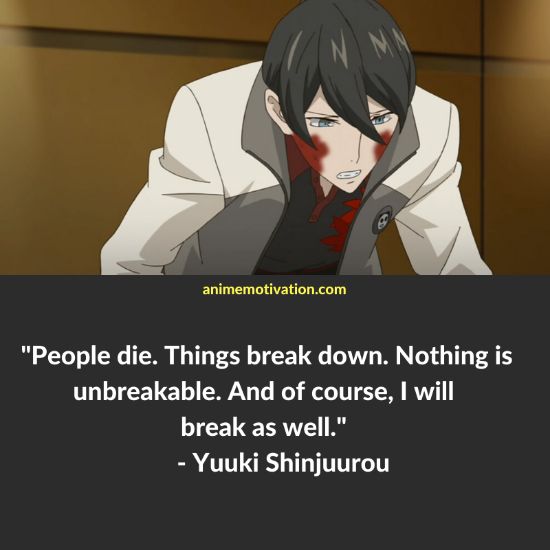 “People die. Things break down. Nothing is unbreakable. And of course, I will break as well.” – Yuuki Shinjuurou 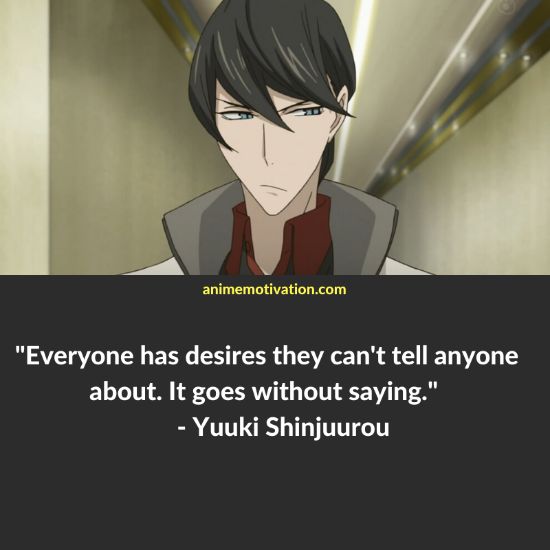 “Everyone has desires they can’t tell anyone about. It goes without saying.” – Yuuki Shinjuurou 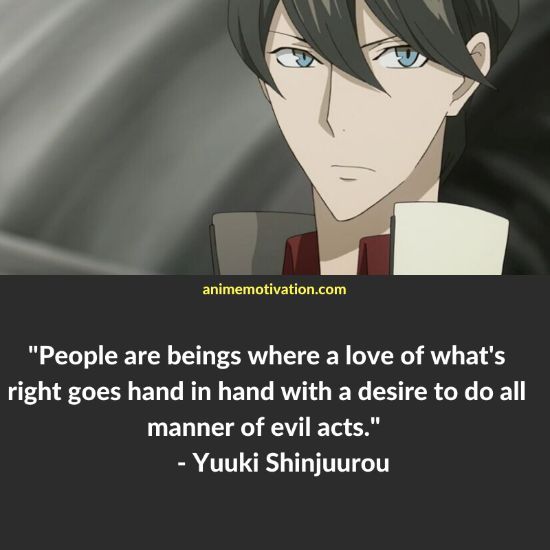 “People get corrupted. Not even saints and heroes are safe. There’s nothing you can do to prevent it. That’s our salvation.” – Yuuki Shinjuurou

“People are beings where a love of what’s right goes hand in hand with a desire to do all manner of evil acts.” – Yuuki Shinjuurou