Anime used to the medium everyone refused to:

And would openly deny its influence when it comes to culture, the internet, and more. It still happens just less these days.

Today’s story only proves anime’s influence on culture once again though.

A trans teacher from Canada was directly influenced by anime (I should say ) to get prosthetic breasts, or in plain English: breast implants.

Not just any type of breast implant, but the excessive, over-exaggerated, and comically sized breast implants that people laugh about when talking about certain (because it’s unrealistic).

This seems to have taken place in Canada. 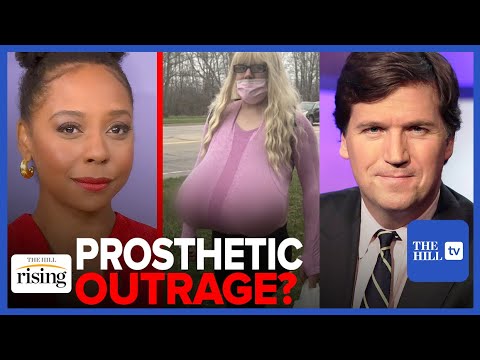 In a video (many videos) and the news in general going viral across the internet, Tucker Carlson from Fox News wasn’t happy about the news at all. And shared his thoughts on the controversy.

It’s important to point out it became a controversy after Fox News aired out the story and highlighted it on their network.

Tucker Carlson’s main concern is, in his own words:

“This is the abuse of children.” – Tucker Carlson

Tucker is also upset because the Canadian school in question is protecting this teacher while being allowed to express themselves…. Even if that means getting comically sized breast implants.

The internet debates and makes fun of it

This is one of the single best sound bites I’ve ever heard from Tucker. https://t.co/qwQlDiTCz7 pic.twitter.com/2rFz5FSdIF

Never thought I’d see the day where Fox News/Tucker Carlson references . Yet I really should have. https://t.co/ndAwgj3uCL 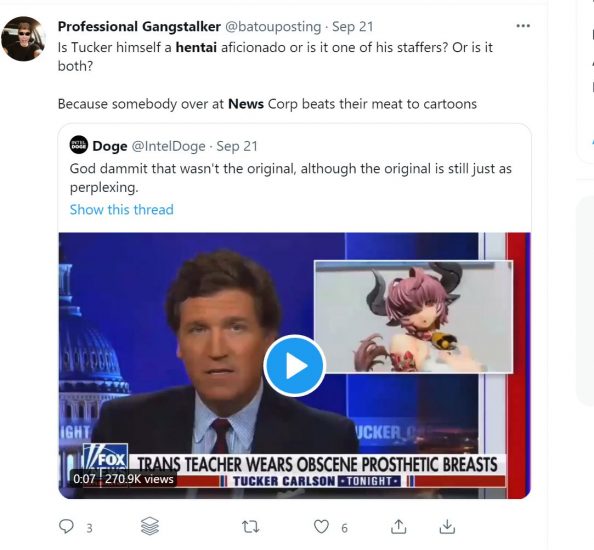 What are your thoughts on this story? Is it worthy of outrage?

Is this OK for a trans teacher (or any) to be doing in front of children?