The Irregular at Magic High School Quotes worth sharing by:

The Irregular At Magic High School has become a loved high school magic in the community. With a new season announced for 2020.

If you’re a fan of the , and want quotes to remember from the series, bookmark this page for constant updates.

Here are the BEST lines worth sharing so far: 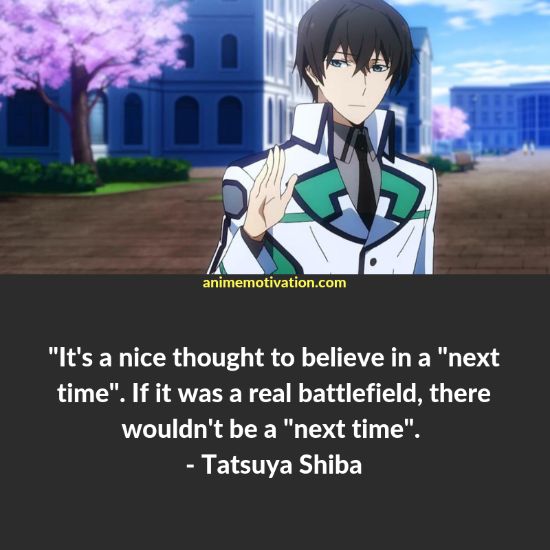 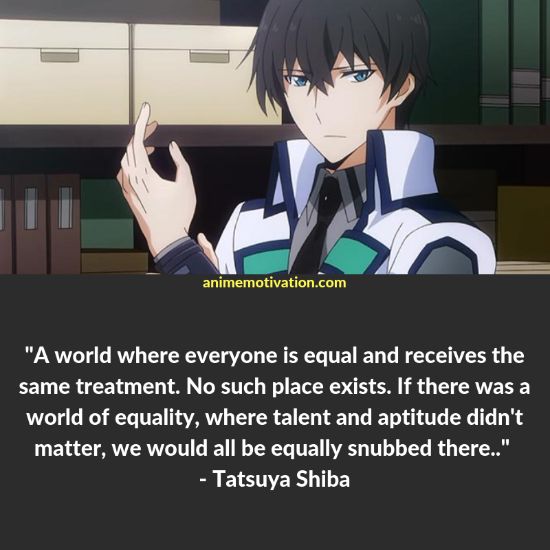 “A world where everyone is equal and receives the same treatment. No such place exists. If there was a world of equality, where talent and aptitude didn’t matter, we would all be equally snubbed there.” – Tatsuya Shiba 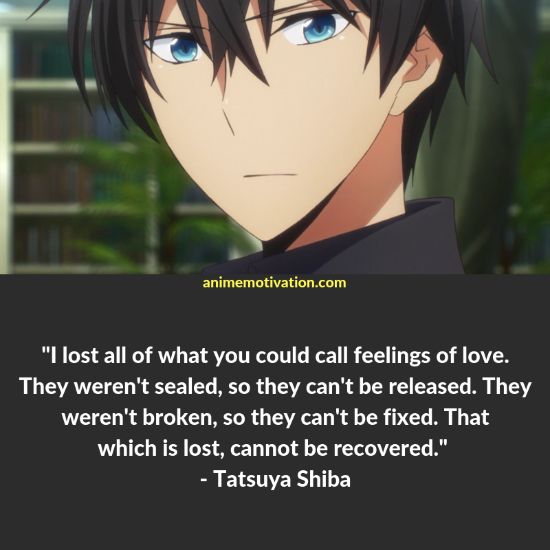 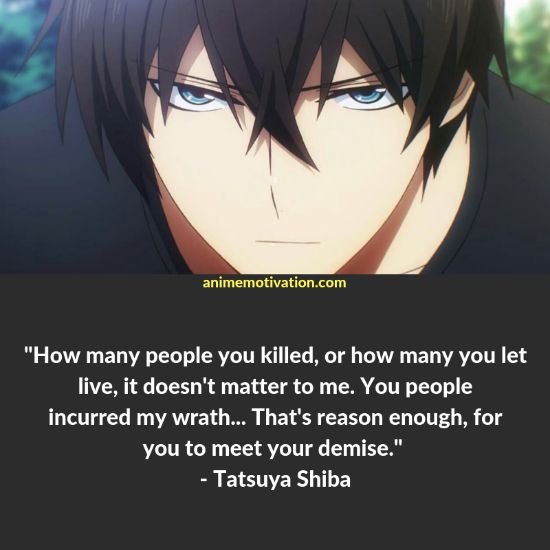 “How many people you killed, or how many you let live, it doesn’t matter to me. You people incurred my wrath… That’s reason enough, for you to meet your demise.” – Tatsuya Shiba 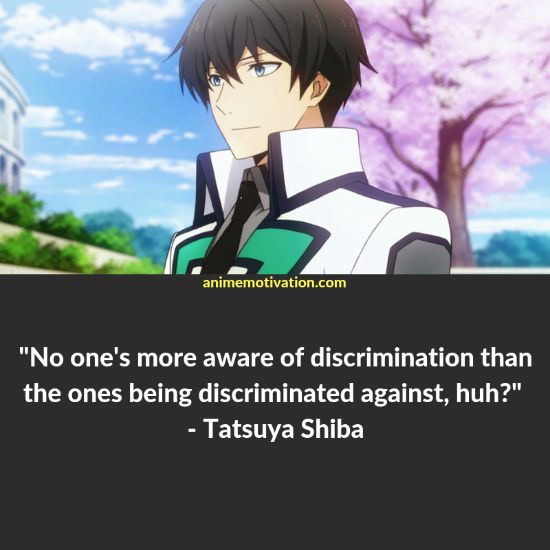 “No one’s more aware of discrimination than the ones being discriminated against, huh?” – Tatsuya Shiba 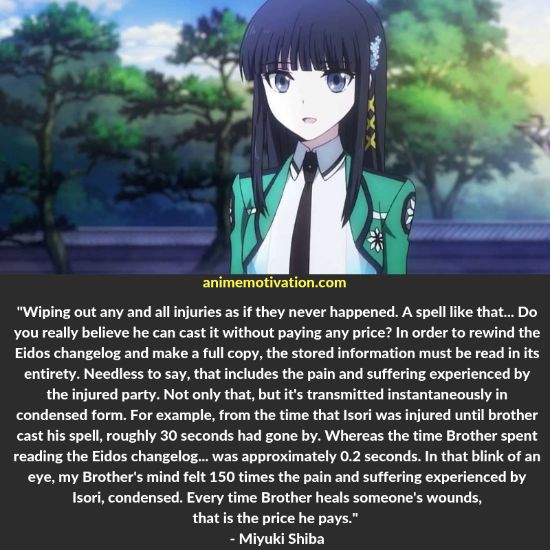 “Wiping out any and all injuries as if they never happened. A spell like that… Do you really believe he can cast it without paying any price? In order to rewind the Eidos changelog and make a full copy, the stored information must be read in its entirety. Needless to say, that includes the pain and suffering experienced by the injured party. Not only that, but it’s transmitted instantaneously in condensed form. For example, from the time that Isori was injured until brother cast his spell, roughly 30 seconds had gone by. Whereas the time Brother spent reading the Eidos changelog… was approximately 0.2 seconds. In that blink of an eye, my Brother’s mind felt 150 times the pain and suffering experienced by Isori, condensed. Every time Brother heals someone’s wounds, that is the price he pays. Do you really mean to say that he should still use that power for others?” – Miyuki Shiba

The Best Quotes From The Classic Anime Series: Ergo Proxy