The anime retail business is nothing like anything I’ve seen. Because:

If you’re a collector, or you have a decent level of knowledge about the anime industry, then you’ll understand what I mean by deception.

At least on a small-scale.

But I think it’s about time someone spoke out about it. Because I don’t think it’s right.

The #1 Hidden Truth About Dozens Of Anime Retailers:

What does that even mean? And how are you being lied to anyway?

It’s a big statement to make, and it’s nothing I can say without backing it up.

So I’ll start with a question: have you ever visited an anime retail site like this:

Now, why would I choose an anime retail site that looks like this?

After all, there are plenty of anime retailers with all kinds of designs, websites, and fancy features that are unique to their businesses.

But the reason I choose a screenshot of the anime site above is: these are the types of sites who are LYING to you.

How do I know that? Because dozens of sites use the same templates, with the same design, and the same products. Taken from the exact same source.

Another tell-tale sign is the “free worldwide shipping” they all offer.

It’s only free worldwide because it’s NOT shipped locally.

Before I get into the details, let me tell you something first

On the internet there’s a type of business called dropshipping.

The simple definition is: when a customer buys your product, another company delivers it instead of the retailer who sold it.

That way, the retailer is free to focus on marketing their business, their products, and more important things they could be doing to grow their business.

Makes sense, right? And there’s nothing wrong with it either.

It’s no different to how retailers deliver their products to Amazon to have Amazon take care of shipping on their behalf.

Or how some companies use a service called “click and collect” where a third-party retailer holds the product in their store, so a customer can collect it at their own convenience.

Dropshipping is a smart business model that makes it easier to do business.

But there’s a problem

Remember what I said earlier about anime retailers lying to you? Well that’s connected to the “dropshipping” business model I spoke about.

You see, there are anime retailers who:

This is what I mean by you’re being lied to. Because on the surface, a lot of these anime retailers seem legit.

In fact, sometimes the design of the site is so good the thought of it being fake seems impossible and hard to take seriously.

And that’s why it’s easy to deceive you

Let’s take another look at a screenshot of an anime website:

And why would I go as far as saying sites that LOOK like this are deceiving you, and selling fake products?

The answer is simple: Aliexpress.

You might not have heard about Aliexpress before. Especially if you’ve never considered starting an online retail business.

I’ll assume you’ve heard of the company: Alibaba. The biggest Chinese company on the planet.

It works like eBay and Amazon, except it’s tailored towards retailers and manufacturers.

Well, Aliexpress is owned by Alibaba. And this platform makes it easier for retailers to buy wholesale products directly. For dirt cheap.

A surprising amount of online businesses use it to source products, but that’s besides the point.

The main point here is: because of the nature of how Aliexpress works, SOME products are fake knock-offs. And this is especially true for the anime industry.

The anime retail business is CRAWLING with fake products online. And if you’re not sharp or wise enough to see it, it’s easy to get ripped off and be deceived by products that appear genuine, but in fact are counterfeit.

By the way, each website appeared on Google’s 10TH page and beyond. Which isn’t surprising.

To make matters worse, a lot of anime retailers use ALIEXPRESS to sell anime products

I suppose you can see what I’m getting at now. And why this is a hidden truth nobody will bother to tell you in the anime industry. Especially NOT the retailers themselves.

Here’s how it works:

As I said, dropshipping is a legit business model. It’s not new either.

Retailers have been doing this for decades. And many retailers in 2018 use variations of this business model to run their businesses.

But in the case of anime products,as I’m sure you know:

And many others are official. There’s almost no serious anime collector who isn’t aware of this fact.

Which means a lot of these retailers are either:

However you wanna look at it, as an anime collector or fan, this is something you need to take seriously.

The more you buy fake anime products, willingly or unwillingly, the more damage you’re causing to the industry.

eBay and Amazon have this problem too, but I’m talking about anime retailers with their own websites. Who “appear” to be helping the industry, when actually they’re harming the industry. 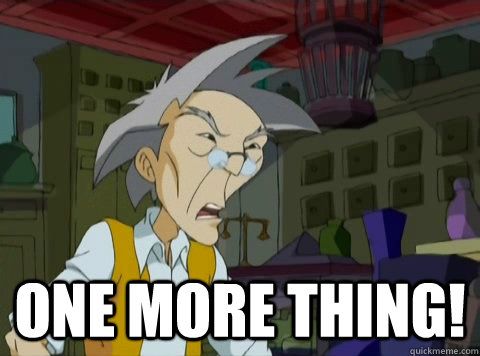 On these “template” websites, all the reviews are pulled directly from Aliexpress. Meaning they aren’t actually reviews people have left directly on the website.

This isn’t inherently a bad thing.

But that’s another way you can always tell whether the anime retailer is selling products directly from China or not (in most cases).

China is bad news for the anime retail industry, because there are so many counterfeits in China. Which is why they target buyers who are “bargain hunting” since they’re the ones most likely to buy without realizing it could be fake.

Legit anime merchandise is easy to find, because companies like Good Smile announce products all the time. And products they announce are the ones legit retailers will sell.

Either from a distributor or directly from the real manufacturer.

If what you say is true, how can I tell whether an anime retailer is legit or not?

But that’s not all you can do.

That should help you a lot. Leave a comment if you have any questions.

That just means dozens of customers are being deceived everyday.

And this is true for dozens of industries that have issues with counterfeit products.