Tenten is a gorgeous character I love from the series. She’s more of a side character and gets less screen time in later Shippuden episodes.

Her fighting style of choice is with shurikens, weaponry and sealing jutsu.

She has some quotes worth sharing from her somewhat “limited” time in the series. 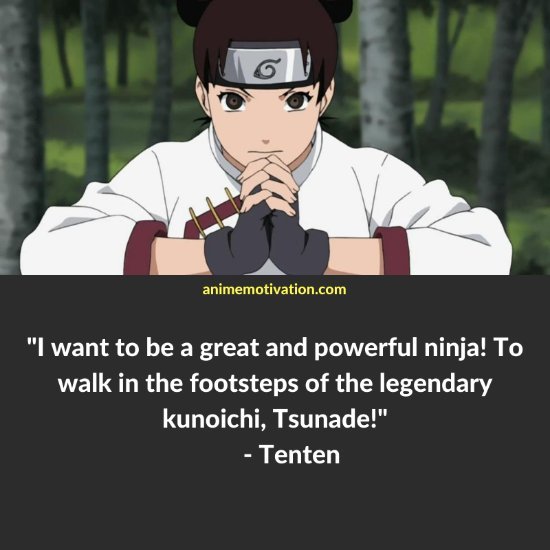 “I want to be a great and ninja! To walk in the footsteps of the legendary kunoichi, Tsunade!” – Tenten 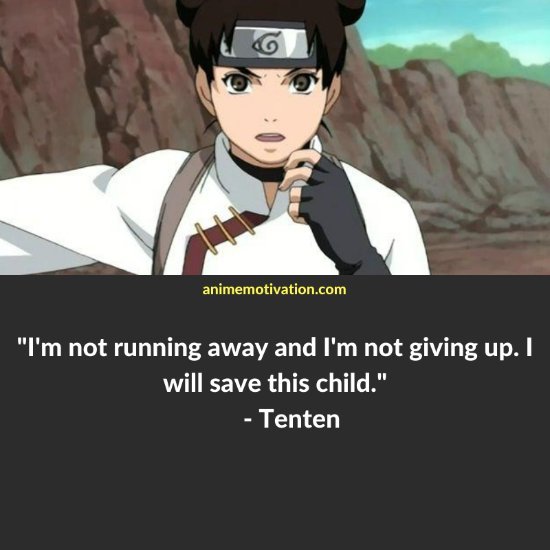 “I’m not running away and I’m not giving up. I will save this child.” – Tenten 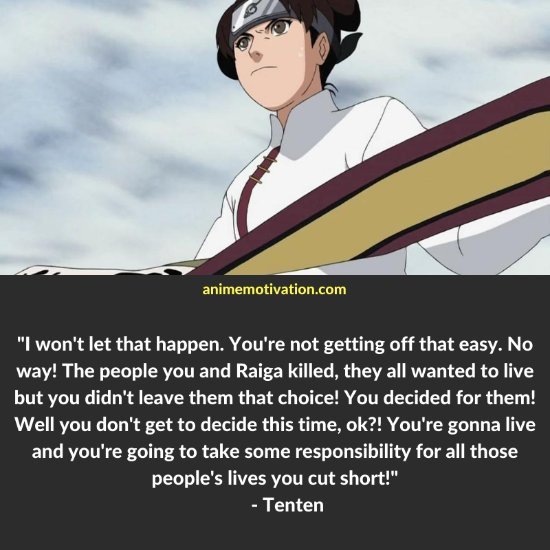 “I won’t let that happen. You’re not getting off that easy. No way! The people you and Raiga killed, they all wanted to live but you didn’t leave them that choice! You decided for them! Well you don’t get to decide this time, ok?! You’re gonna live and you’re going to take some responsibility for all those people’s lives you cut short!” – Tenten 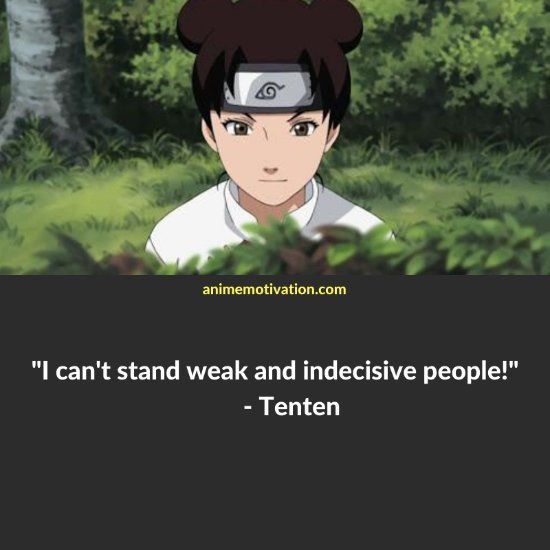 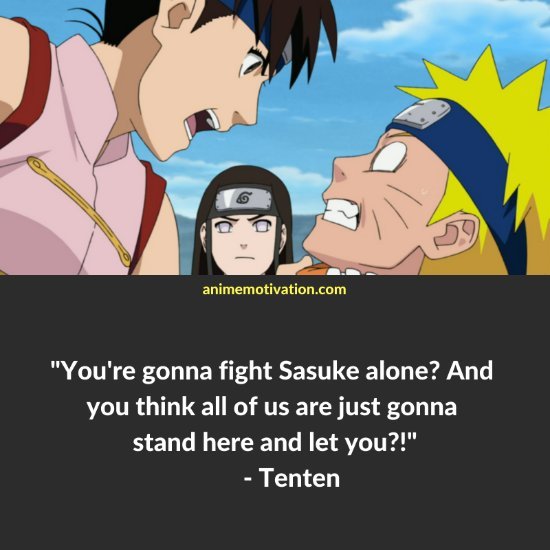 “You’re gonna fight Sasuke alone? And you think all of us are just gonna stand here and let you?!” – Tenten 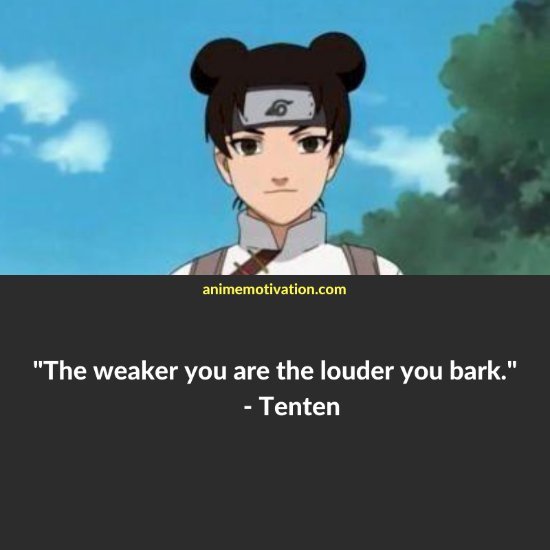 “The weaker you are the louder you bark.” – Tenten 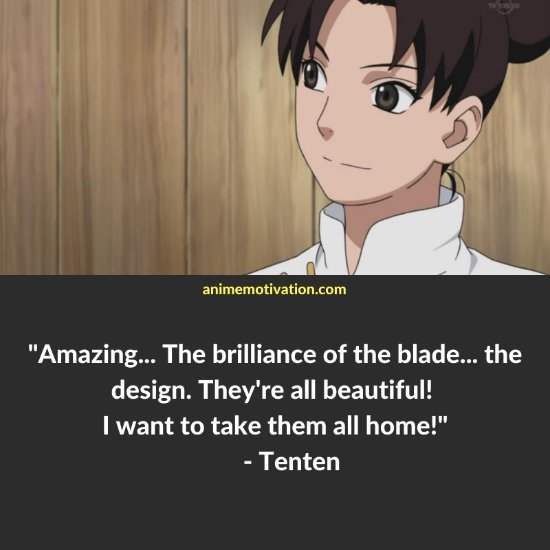 “Amazing… The brilliance of the blade… the design. They’re all beautiful! I want to take them all home!” – Tenten 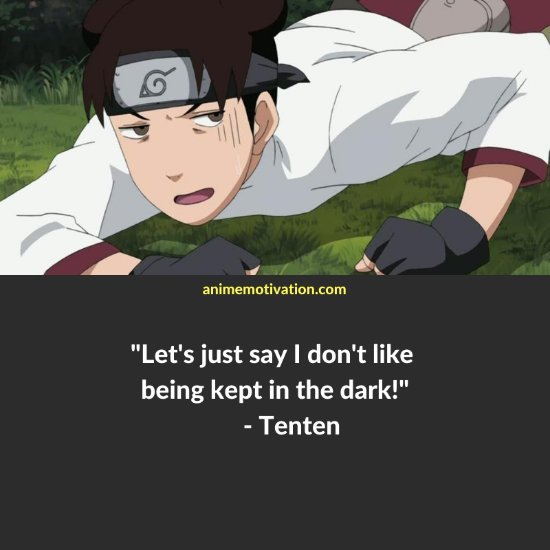 “Let’s just say I don’t like being kept in the dark!” – Tenten 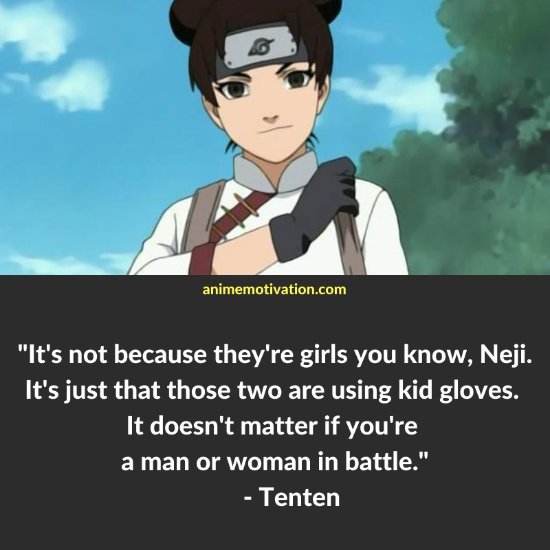 “It’s not because they’re girls you know, Neji. It’s just that those two are using kid gloves. It doesn’t matter if you’re a man or woman in battle.” – Tenten 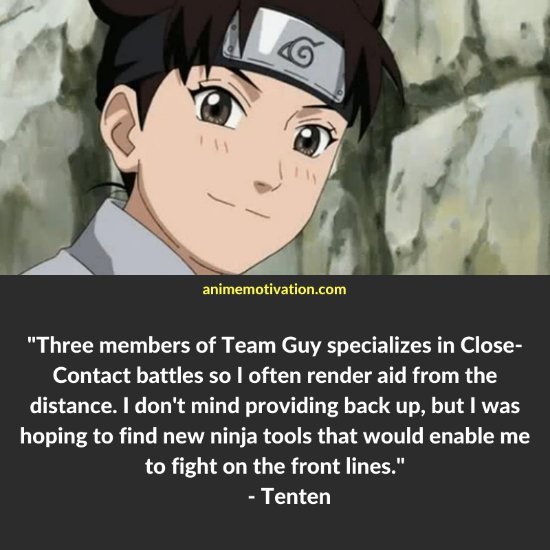 “Three members of Team Guy specializes in Close-Contact battles so I often render aid from the distance. I don’t mind providing back up, but I was hoping to find new ninja tools that would enable me to fight on the front lines.” – Tenten