This is a seriously disturbing story when you read it from top to bottom. But it’s also a relevant story that at least deserves some attention.

A Japanese man named Takashi Kato, a guy who abused as many as 11 children over 24 years engaged in disgusting acts that came with a very light punishment.

He was attracted to children before even discovering in the first place. He saw as some sort of “coping mechanism” after discovering it before coming to the conclusions he now has about .

“A few decades ago, when he worked as a tutor, Kato says he sexually assaulted a male junior student. He’s also molested children in public and assaulted a mentally handicapped high schooler when he was his volunteer caretaker. Kato even traveled overseas to solicit minors for paid sex.

Kato eventually turned himself over to the police about 21 years ago. That day, equipped with duct tape, rope and a knife, he cornered a young boy in the men’s bathroom. When the boy resisted and ran away, leaving Kato alone with his weapons, he grew fearful that he’d actually kill a child while attempting to r*pe them. ” 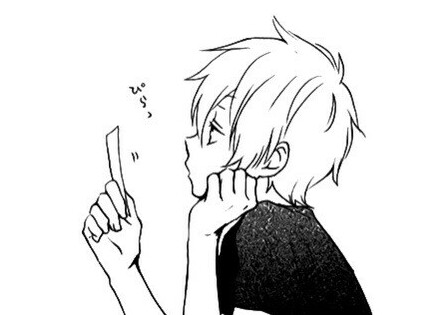 “Kato, who was once a massive consumer of this , said his sexual attraction to children began before he picked up a comic.

But, he said, what these illustrations do dangerously well is normalize the sexualization of children, profiting from a fantasy that must never be ruminated on. He believes artists like Akio deserve to be charged with creating child abuse material. “By creating such content, they are spreading the idea into society that it’s okay to see children as sexual objects”.

It’s important to note that the depictions he wants to be banned is both shotacon and Lolicon, meaning this isn’t an issue of playing favorites when it comes to gender.

Him using in the way he did also happened long before any of this became a debate both online and in Japan itself as far as laws and considerations.

In fact he even admitted to doing this because he knew he could get away with it at the time.

The laws on child abuse material in Japan

2014 was the year when child abuse material was made illegal and against the law. This is also the year when the debate started and has been ongoing ever since.

One reason the conversation is still ongoing is that illustrations of these types of materials are still being allowed. Meaning if it’s anime or it gets a pass.

This is the culprit and the bulk of the accusations when it comes to certain content in the anime or industry.

It’s the fact that it can be illustrated and escape scrutiny or the laws themselves in comparison to the real thing, which is exactly the point.

What do you think about this controversial topic?