Sukitte Ii Na Yo (Say I Love You) is a romance series adapted from a Shoujo . Produced by Zexcs.

The ‘s list of quotes dives into dealing with love, and the complications and feelings that come with it. 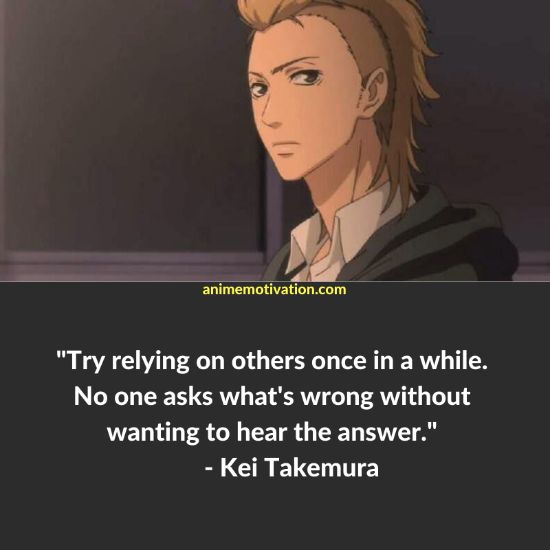 “Try relying on others once in a while. No one asks what’s wrong without wanting to hear the answer.” – Kai Takemura 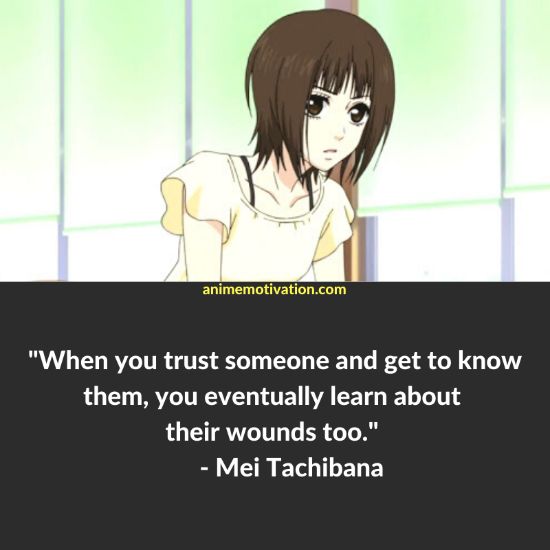 “When you trust someone and get to know them, you eventually learn about their wounds too.” – Mei Tachibana 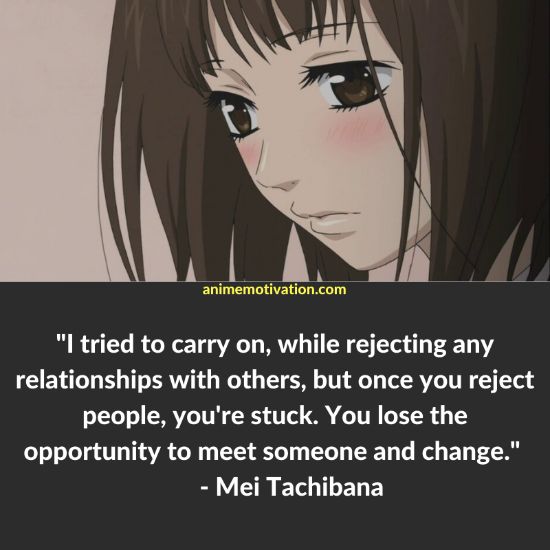 “I tried to carry on, while rejecting any relationships with others, but once you reject people, you’re stuck. You lose the opportunity to meet someone and change.” – Mei Tachibana 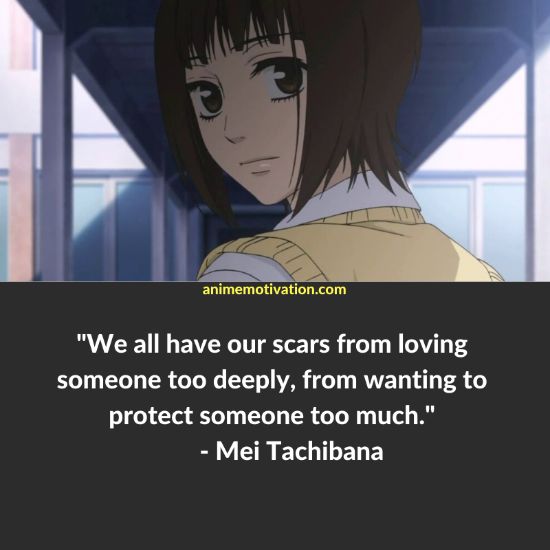 “We all have our scars from loving someone too deeply, from wanting to protect someone too much.” – Mei Tachibana 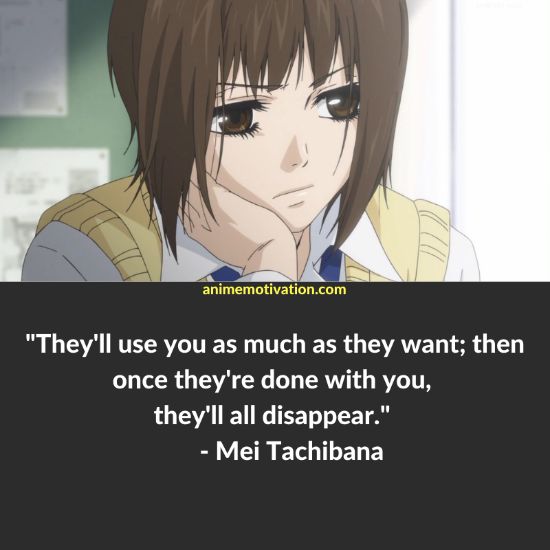 “They’ll use you as much as they want; then once they’re done with you, they’ll all disappear.” – Mei Tachibana 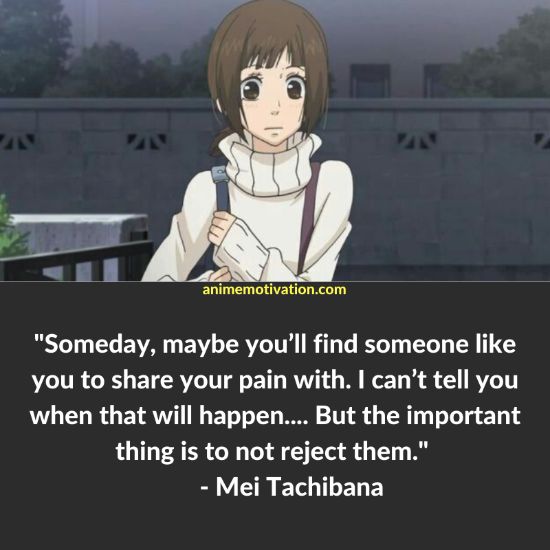 “Someday, maybe you’ll find someone like you to share your pain with. I can’t tell you when that will happen…. But the important thing is to not reject them.” – Mei Tachibana 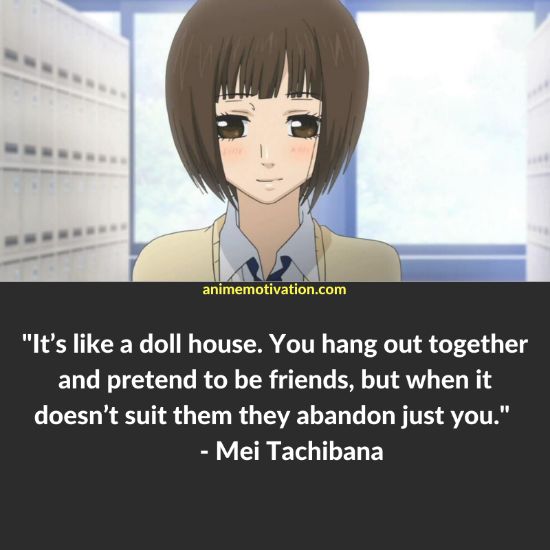 “It’s like a doll house. You hang out together and pretend to be friends, but when it doesn’t suit them they abandon just you.” – Mei Tachibana 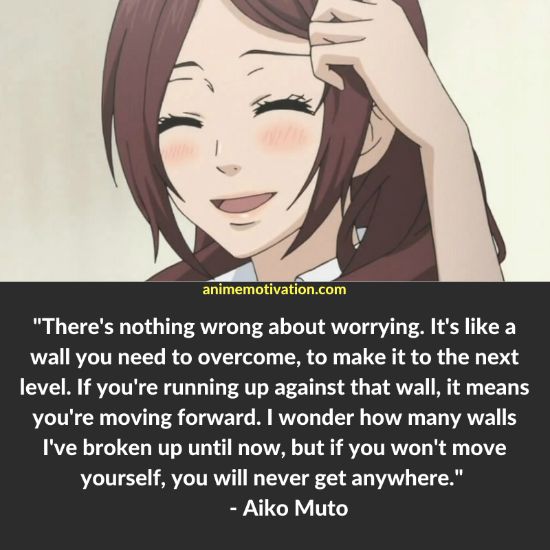 “There’s nothing wrong about worrying. It’s like a wall you need to overcome, to make it to the next level. If you’re running up against that wall, it means you’re moving forward. I wonder how many walls I’ve broken up until now, but if you won’t move yourself, you will never get anywhere.” – Aiko Muto 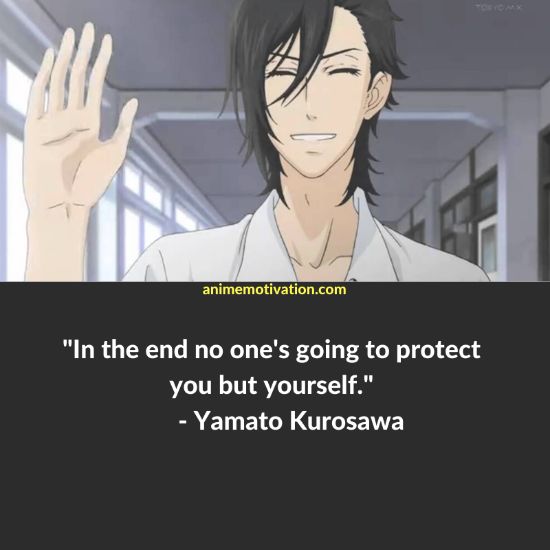 “In the end no one’s going to protect you but yourself.” – Yamato Kurosawa