I have attended about six Sacanime conventions over the past few years.

The first five were all held in the same place, the Sacramento Convention Center. Due to remodelling, however, the sixth convention was held at Cal Expo.

When I found out it wasn’t going to be at the Convention Center, I was a bit hesitant, only because I had never been there before and I didn’t know what to expect.

Nevertheless, even with the change of venue, the Sacanime team put together a great show for all the attendees. 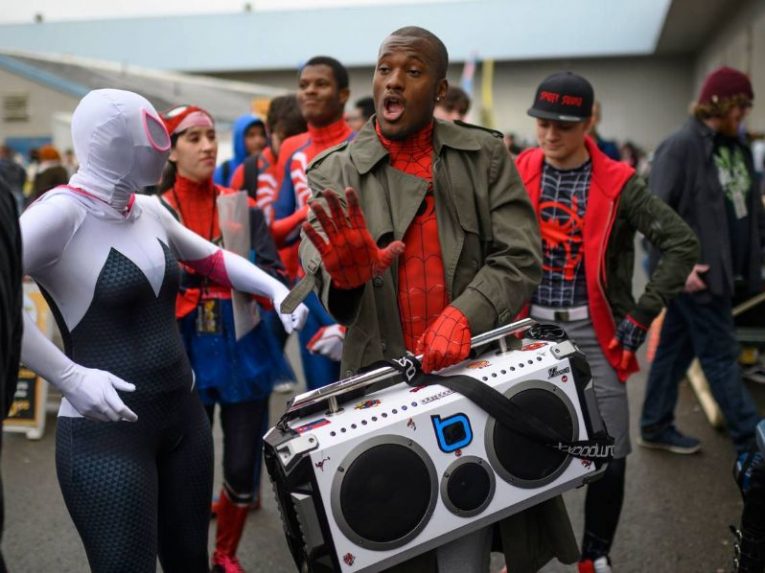 Everyone had a great time at the convention, but there were plenty of things that were different about Sacanime being held at Cal Expo instead of the Sacramento Convention Center.

Here are five key differences between Anime Con at Cal Expo vs. the Sacramento Convention Center.

1. There were many different buildings

At the Convention Center, the panels, exhibitors hall, autographs, and almost everything else were held in the same building, which I felt like was so much easier.

Everything felt like it was easier to get to when it was in one building. It felt like you could also get to a panel faster in order to get a better seat.

2. A lot of the lines were outside 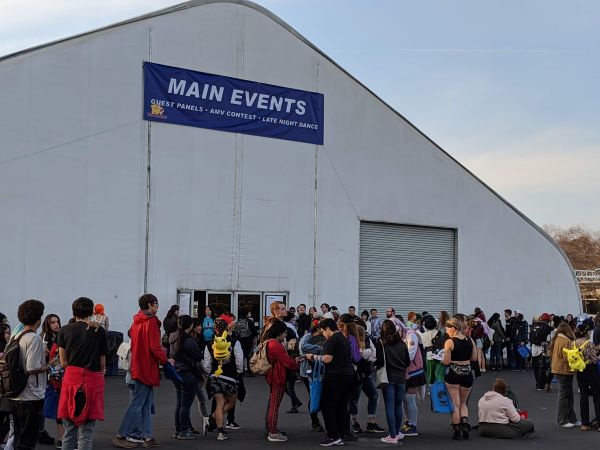 When you first got in line for autographs and panels, the lines started outside.

There were also a lot of food truck and food stands that were, obviously, outside. Even though it was January, the sun was very hot and it was uncomfortable standing outside for too long.

3. There was no cosplay lounge

Being at anime con all day can be a bit tiring, but also fun of course.

When cosplayers needed a break, the Convention Center had a room set aside to be a “Cosplay Lounge”, when people could just sit and chill, eat snacks, play games, etc. 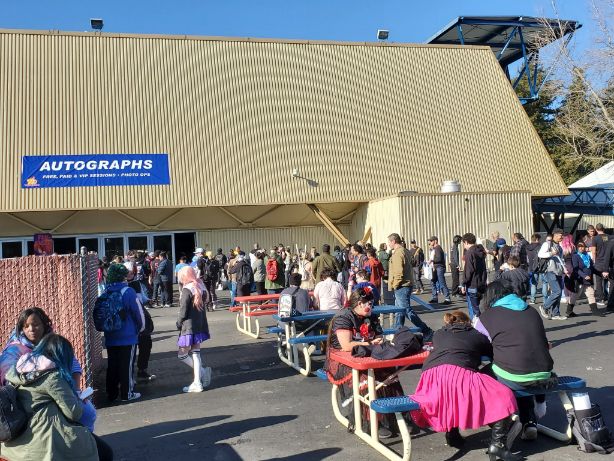 At Cal Expo, people were sitting outside on the concrete, risking getting their costumes dirty, because there weren’t enough tables.

The Convention Center didn’t have very many tables, but it was nice that they had enough rooms that one could be a designated “Cosplay Lounge”.

4. Only one panel at a time

At Cal Expo, there was only one building dedicated to panels.

With multiple rooms being used for panels, some people may have been able to avoid lines. With only one room, you’re limited to the number of panels you can hold and there’s always one long line.

However, at Cal Expo, there were many more good options.

There were at least three different food trucks and several other food stands. One stand was selling beignets and one of the foods trucks was selling Bubble Cones.

I ended up trying one of the Bubble Cones and it was DELICIOUS. 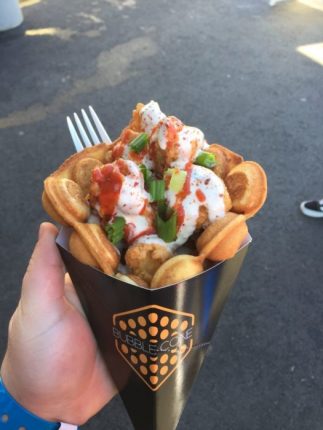 Overall, even with the change of venue, I still enjoyed Sacanime at Cal Expo, but I still prefer the convention to be held at the Sacramento Convention Center.

What’s your experience with anime cons like Sacanime Cal Expo?

Thinking Of Going To An Anime Con? Then Avoid Making These 4 Mistakes