Ryuugajou Nanana is an that caught me by surprise with its action. And the episodes that require characters to think about their actions.

If you’re a fan of this then this collection of quotes is all you need. 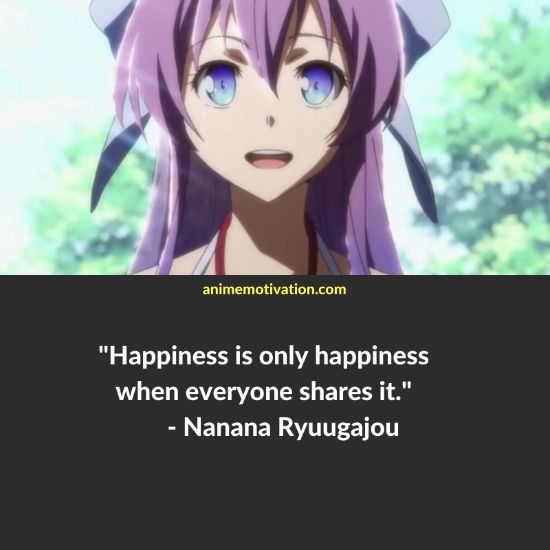 “Happiness is only happiness when everyone shares it.” – Nanana Ryuugajou 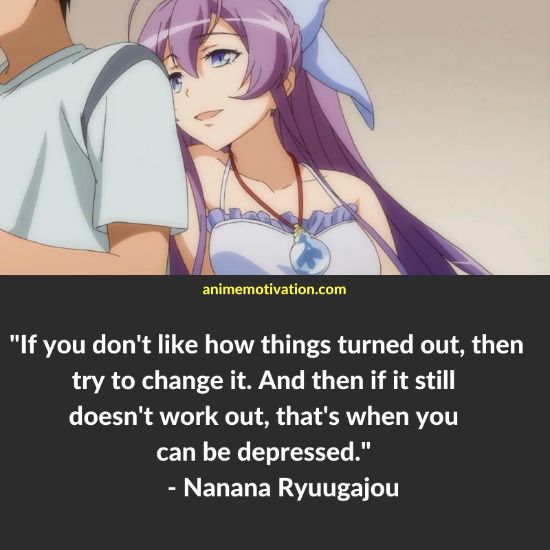 “If you don’t like how things turned out, then try to change it. And then if it still doesn’t work out, that’s when you can be depressed.” – Nanana Ryuugajoju 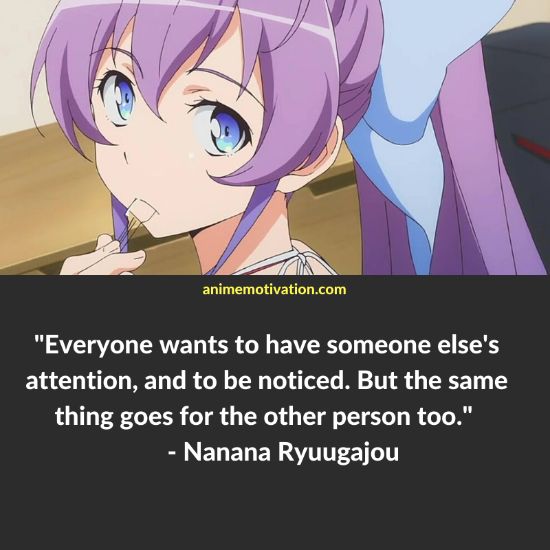 “Everyone wants to have someone else’s attention, and to be noticed. But the same thing goes for the other person too.” – Nanana Ryuugajou 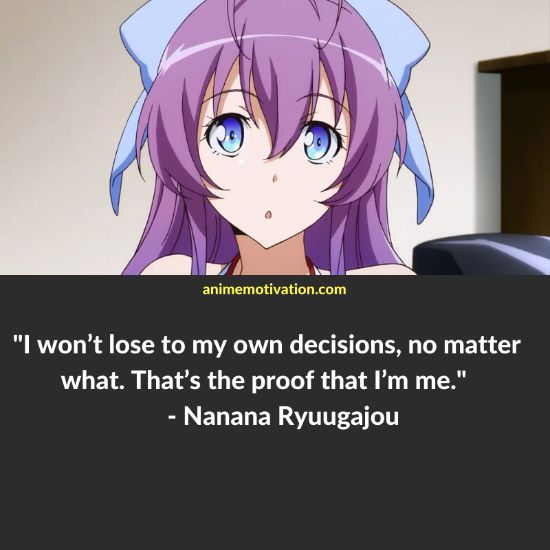 “I won’t lose to my own decisions, no matter what. That’s the proof that I’m me.” – Nanana Ryuugajou 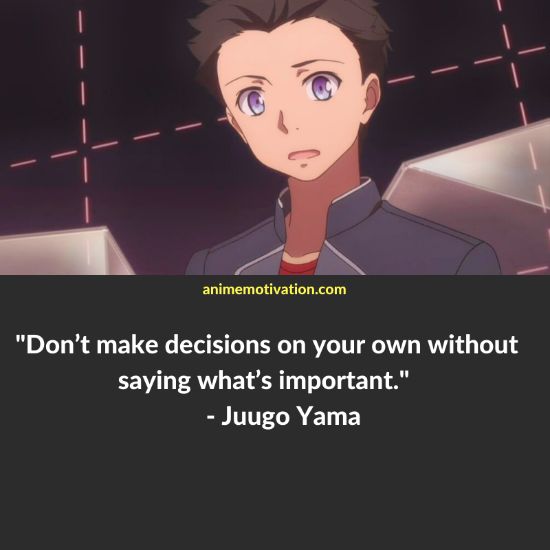 “Don’t make decisions on your own without saying what’s important.” – Juugo Yama