If you make in-game purchases, Anime Motivation will receive a small percentage of each sale as an affiliate.

The BEST RPG Anime games – how do you even decide what’s the “best”?

Everyone has different tastes, but generally when it comes to RPG – most fans of the genre like a certain style or approach that tends to be accepted.

Well, whatever your interests are when it comes to anime RPG games, there are plenty here to choose from.

Whether it’s adult games or P.G games for any age.

1. Marle: The Labyrinth of the Black Sea

Play as Grand Magician: Marle, an adventurer on a journey to the island of Isola. And discover what’s waiting for you on the other side!

2. Reign of the Succubus 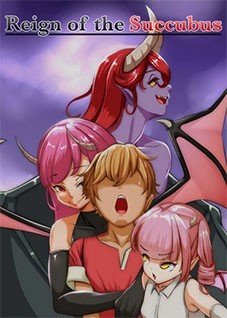 The Island of Eden is one known to fulfill all your desires. And with all the succubus found there, it’s not surprising.

It’s your job to survive on an island full of succubus after arriving shipwrecked, with nowhere else to go!

Play as the aristocratic knight – Luna, in this “escape” style RPG game!

Your goal is to take down the empire, but things get a little dicey.

Play as Leanna, a kind hearted, naive young girl in a somewhat peaceful village. And help her “pay off” her debts.

As the main character – you’ve been exiled to a desolate village. And now you have to bring to this new village by defending it against bandits and outside threats.

Play as Botan in this stealth and assassination-type RPG game. And help Botan fulfill her mission of retrieving one of her comrades who’s been kidnapped by the enemy.

Accept a range of quests as you travel the land with a party of “sisters”.

There are 6 characters in this game in total. And lots to explore!

4 main characters and dozens of scenes waiting to play themselves out for you.Note: this game is considered “hardcore”.

In this tentacles RPG game, play as Anna as you choose to either “fight” or evade your enemies. While uncovering the secrets of the water city, Somonden.

Survival RPG game that takes place during your battle with a Leviathon, leaving you stranded and shipwrecked.

You can even customize your characters looks, which has a direct affect on other outcomes in the game!

Play as the hunter girl, Azel, in this turn based RPG game and defeat monsters with a variety of skills.

There are 3 characters in total.

In Slave Sword’s first version, you also play as the aristocratic knight before becoming enslaved.

If you enjoy this – you’ll love Slave’s Sword 2!

Play as Seria, a knight who’s out to investigate a strange place that’s like a Mirage. Appearing and disappearing and capturing people unsuspectingly.

What waits for you inside this place is demons, but not the ordinary kind of demons Seria’s expecting.

Play as Claire, the blonde protagonist and help defeat monsters left behind from the Demon King’s battle of the past in the kingdom.

And help bring peace once again.

Help Yukino earn money so she can get into university by taking only the jobs you like!

Enter a world with four races, playing as the main character: Feletna. Who’s a historian forced to prostitution by the courts.

As the hero you must set out on a quest to save the princess. Running into dungeons and monsters that attempt to distract you from your mission.

After Playing These 11 Sci-fi Anime Games, You’ll Be Hooked!

Anime Profile Pictures: Why Is There So Much HATE For It?

9 Of The Best Anime Shows Like “Pokemon” Worth Considering

Anime Profile Pictures: Why Is There So Much HATE For It?