Rika Furude is one of the more innocent characters from Higurashi. And one of the least violent throughout the entire show.

It’s this wisdom that makes her quotes so thought provoking. Depending on how you see it. 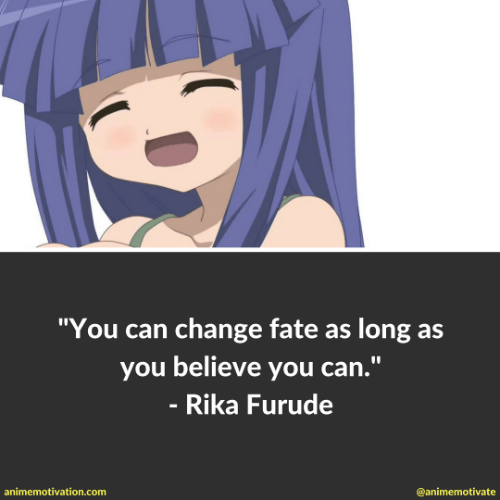 “You can change fate as long as you believe you can.” – Rika Furude

The moment you stop believing is the moment it becomes impossible to achieve. 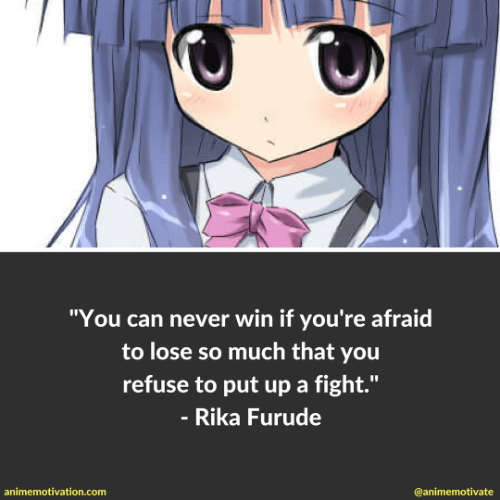 “You can never win if you’re afraid to lose so much that you refuse to put up a fight.” – Rika Furude

“Perhaps living without sin is a sin in itself.” – Rika Furude

And that pretty much sumps it up!

The Ultimate List Of Rurouni Kenshin Quotes For Anime Fans