Rent A Girlfriend is about to come to an end. I’d say a 2nd season is well on its way, even if its not been announced yet.

The anime is perplexing for some fans. But one thing you can’t deny is it’s popular and entertaining for a reason.

With that in mind, there’s also life lessons and takeaways to learn from this series.

Let’s focus on that. 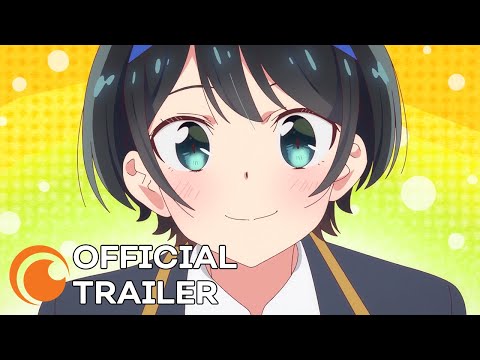 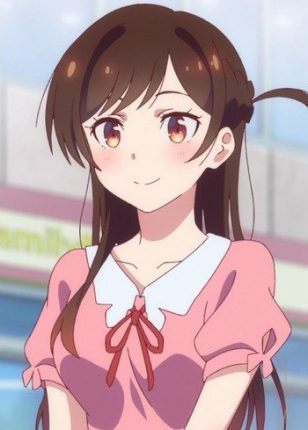 Chizuru Mizuhara is the star of the show for a reason: she doesn’t mix business with pleasure.

I’m amazed how Chizuru’s character has been able to keep her composure, despite all the madness and inconveniences caused by Kazuma.

True, some were caused by Chizuru being her usual “professional” self, but staying on point and never swaying from the fact it’s “business” makes Chizuru shine.

It’s one of the ‘s most life lessons as well. 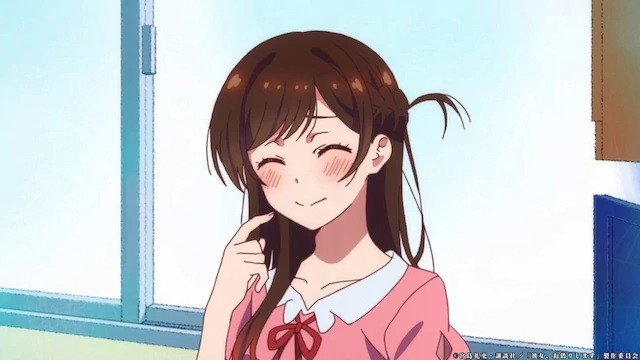 And would they be so admired, popular and successful at what they do, IF personal issues ruled their job?

Without Chizuru Mizuhara being a lead character, this show wouldn’t be half as entertaining or meaningful as it is.

She’s all about her business and I can’t help but respect it.

Related: 43+ CUTE Anime Characters Blushing That Will Brighten Your Day

2. Your life is dictated by your self esteem 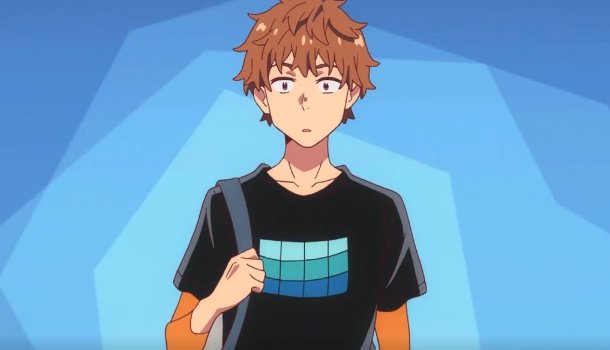 Kazuya Kinoshita is one example of this in the . I’ll get to more in a minute.

Kazuya is a kind soul. A gentle character. The kindest man (or friend) you could ever have. His heart is in the right place and he has no evil or negative intentions.

So why does he struggle so much with girls in particular? His low self esteem.

Kazuya thinks so low of himself in certain aspects that it dictates his life and the quality of it.

The only reason he stands a chance with any of the girls is because he’s paying for them. That was the gateway. 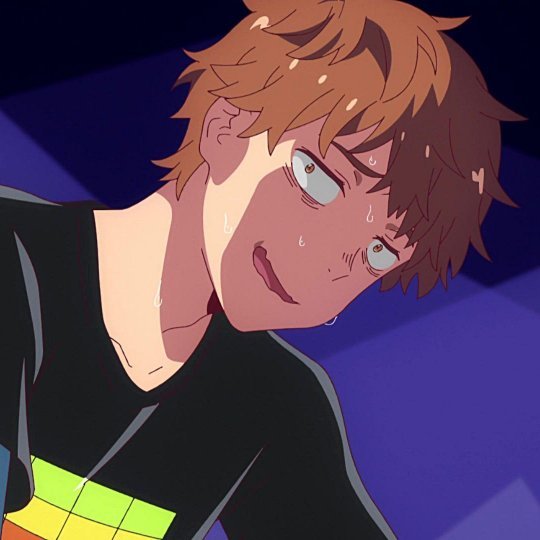 Kazuya said it himself, and I’m paraphrasing: The only reason he has a “hot girlfriend” is because he’s paying for the privelidge.

In the real world he doesn’t stand a chance. Not because he has a sh*tty personality, but because he’s a wimp with no balls.

Self esteem is the culprit. 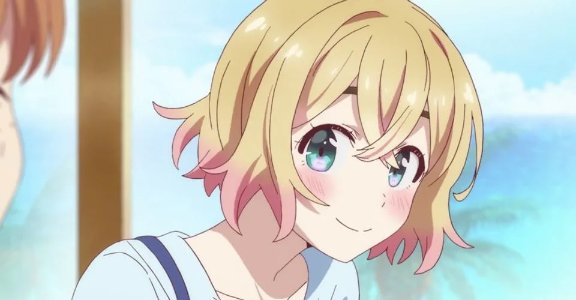 In a different context, Mami Chan is another character who proves life is dictated by your self esteem.

She dumps Kazuya in the beginning, and “appears” to be confident. But we see later that’s not the case at all.

She’s jealous, insecure, and that’s why she’s petty, revengeful, and bitter as F. Her life ends up being dictated by these feelings.

She devolves into the kind of woman most men with a brain (and self esteem) would run 100 miles from. Because she’s toxic.

The lesson here is self esteem matters.

It’s better to work on your self esteem than it is to give in to your negative feelings.

That way, it’ll dictate your life and decisions in more productive and rewarding ways.

Related: 12 Of The Most Savage Anime Characters Ever Created

3. Life is about making hard decisions and sticking to it We see this with Kazuya Kinoshita. Or the opposite anyway.

Problem with this guy is he’s so indecisive. He can’t decide on anything most of the time. He’s wishy washy.

Instead of making tough decisions, he shy’s away from it and takes the easy route. The less “painful” route.

Ironically this is what causes Kazuya so much pain, confusion, frustration and stress in the first place.

He knows he likes Mizuhara, but he can’t come out and just say it. Understandable? Yes, but hard decisions are a part of life.

You won’t be happy for long if you keep running from it. He’s like that in general. 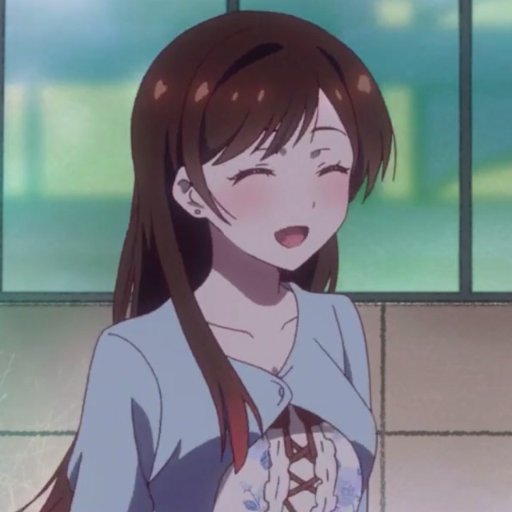 On the other hand, Chizuru Mizuhara ends up liking Kazuya in the . And even though that’s true, she makes the hard decision of ignoring it for the sake of her job.

A decision like that could potentially ruin everything for her career.

On top of that she makes a hard decision to use being a rental girlfriend to fund her secret dream of becoming an actress.

The difference between both characters is one is decisive and the other is too scared to face adversities. 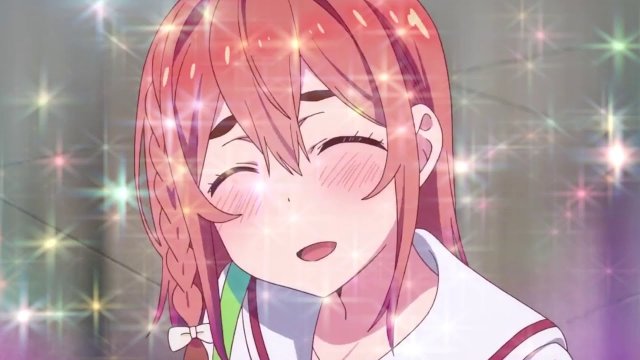 This life lesson is related to Sumi Chan. The latest rent a girlfriend character from episode 11.

She’s a beginner, and that’s why Chizuru wants Kazuya to “help” her practice and gain confidence.

Her reasons for being a rental girlfriend are unknown, but she’s trying her best and making the best effort she can.

She admires Chizuru because she’s more experienced and knows what she’s doing, but that comes from time, patience and effort.

The obvious lesson here is everybody starts somewhere, and you can’t expect to “succeed” so fast or be at the end of the tunnel so to speak.

You get there with hard work. You learn, you practice, you build your confidence and you don’t give up if there’s potential.

And there’s no point in pretending to be an “expert” because your actions will speak loud, and you’ll make a fool out of yourself. 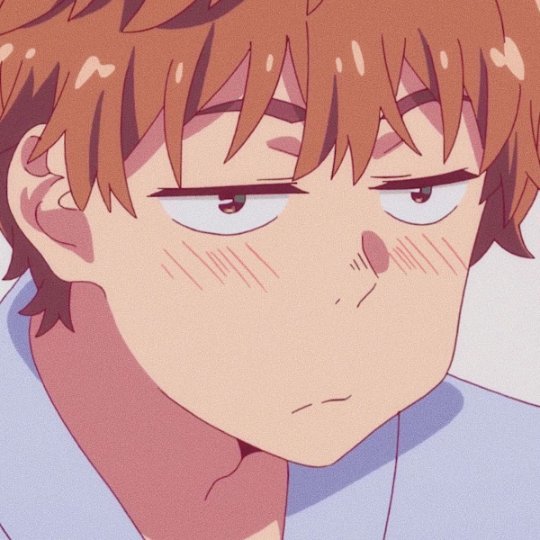 For Kazuya, he’s the seemingly annoying MC with no backbone, and a simp who’s hard to take seriously.

Might be true, but not everyone gets it right as fast as others, or builds their character as quick as others. Some people run from their problems and that’s why they’re “weak”.

Kazuya is ahead when it comes to being a good human being. He has most beat. But his journey is different and that’s what makes his role relevant, like it or not. 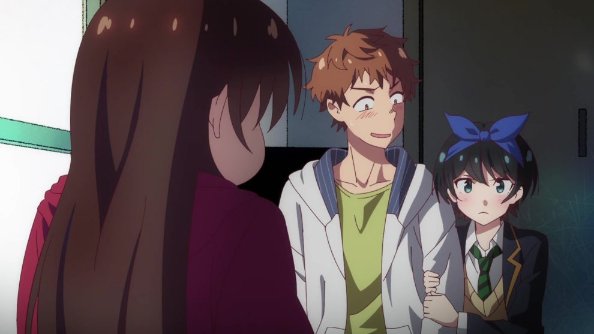 Same applies to all the other characters, including the rental girlfriends and Mami.

Each one of them has their own life, their own past, their own mistakes and their own appeal. And of course – their own goals and way of thinking.

The lesson here is everyone’s journey is unique, and judging everyone as if they’re supposed to fit into a box is stupid.

In fact that’s why so many people are insecure in the first place. Instead of realizing their journey and life is unique, they try to fit someone else’s expectations and end up miserable in the game of life.

6. Good friends are everything 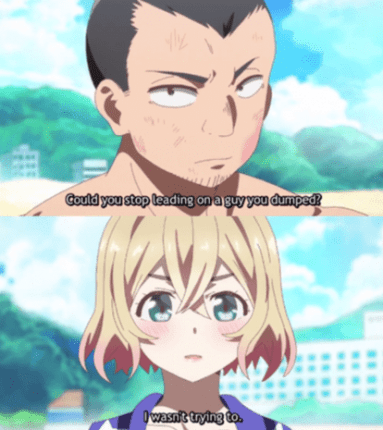 Kazuya has some of the best friends I’ve seen in an . More so an that’s realistic without the superpowers and all that sh*t.

Kibe, for example, is the definition of a “bro”. The guy keeps Kazuya in check and slaps some sense into him when he needs it.

Or at least he’s that kind of guy.

And when Kibe stood up for Kazuya and told Mami about herself to her face, I couldn’t help but respect it. In a separate scene he speaks about Kazuya, and tells Chizuru about his backstory (a little) and has good things to say about him.

That’s a real friend. Most would stay quiet or allow someone (or your ex) to disrespect you without being dealt with for it. Or in the case with Chizuru, not “back you up” at all.

I don’t think Kazuya (at times) realizes how valuable his friends are and how helpful they can be.

The Best Rent A Girlfriend Merchandise To Upgrade Your Wardrobe