Reiko Mikami is the Aunt of main character – Koichi. From the series: Another.

She’s very intelligent, smart, laid back and has an easy going personality.

And in the beginning of Another, Reiko drops of a lot of words of wisdom to Koichi Sakakibara.

So let’s share some of that wisdom with the community! 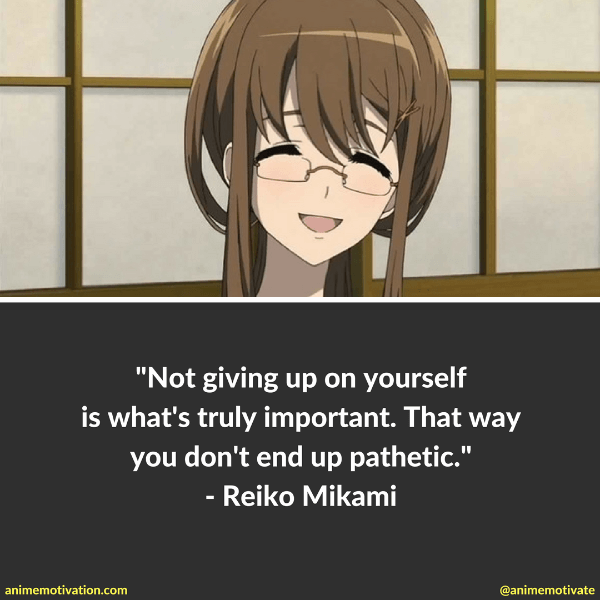 “Not giving up on yourself is whats truly important. That way you don’t end up pathetic.” – Reiko Mikami

You know why we love super heroes so much? Because super heroes, whether real or not, never give up on their mission.

And they never give in even when it gets hard.

By not giving up on yourself, you won’t end up pathetic! As Reiko Mikami bluntly puts it… 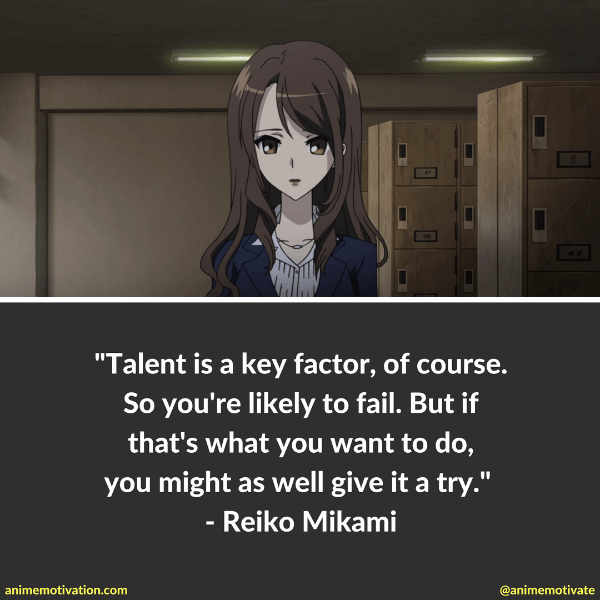 “Talent is a key factor, of course. So you’re likely to fail. But if that’s what you want to do, you might as well give it a try.” – Reiko Mikami

Talent plays its role in everything we do. But if we don’t at least try, we’ll never know whether we’ve got what it takes to succeed. 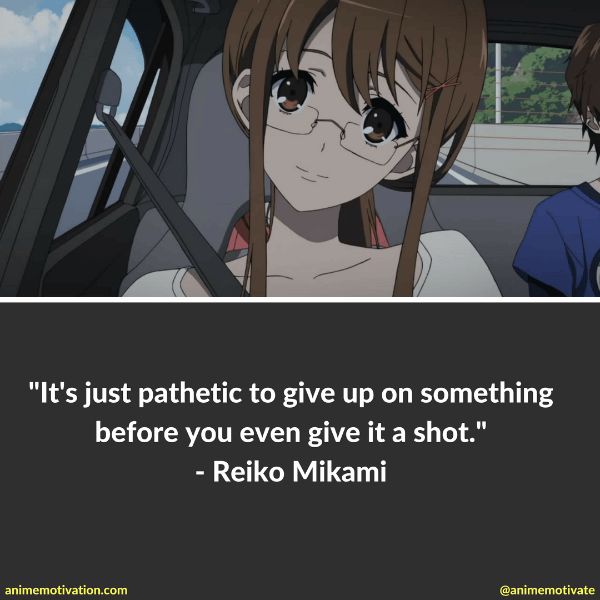 “It’s just pathetic to give up on something before you even give it a shot.” – Reiko Mikami

Similar to the first quote, there’s no sense in not trying. The worst that can happen is – things don’t work out. But at least you won’t regret it!

Stay tuned for more Another quotes.

The Greatest Another Anime Quotes That Will Make You Wonder